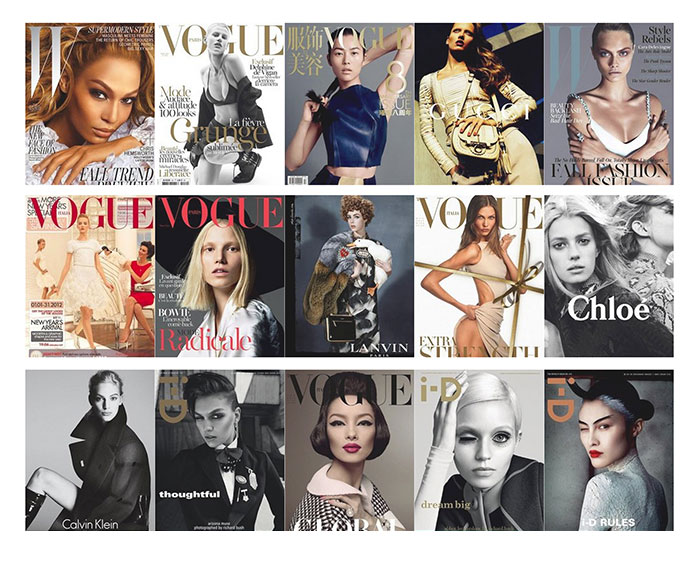 The rankings are back with a fresh update just in time for fashion month! Anyone who’s been keeping an eye on pop culture can tell you that the modeling business is in the midst of a revolutionary new moment. With recent issues of Interview, American Vogue and W devoting cover space and unprecedented attention to models, all eyes are on the industry and its biggest stars. The revised rankings reflect this new ethos, with next generation stars like Vanessa Axente and Edie Campbell rising through the ranks of the Top 50 and one of a kind talents like Freja Beha Erichsen and Sasha Pivovarova ascending to Icon status. Covers, campaigns, contracts and editorial buzz are still the most important factors in all rankings – as evidenced by the unstoppable trajectory of blue-chip queen, Saskia de Brauw and the rise of Chinese powerhouse Liu Wen – but the lists also take in new factors. As social media media continues to grow in importance the models who use it to their advantage enter into a new sphere of influence faster than you can say, Cara Delevingne.

Of course shifts in the Top 50 aren’t the only part of the story – the Money Girls Ranking has been amended to include that special class of girl clients are willing to pay top dollar to get. With high profile contracts on the rise and brands rediscovering the importance of a signature face the money ranking is more important than ever. Selected via work for key clients, ongoing contracts with the best in fashion and enduring editorial appeal the women who make up the list are among the top tier. Names like Arizona Muse, Liu Wen and Edita Vilkeviciute share space with legends like Gisele Bundchen and Kate Moss, making this the most prestigious and diverse lineup to date.

Check out all the updated women rankings and see where your favorites placed – who’s in, who’s out and of course who’s entered into the top 5.

The Malaika Moment
NEXT

For Your Eyes Only