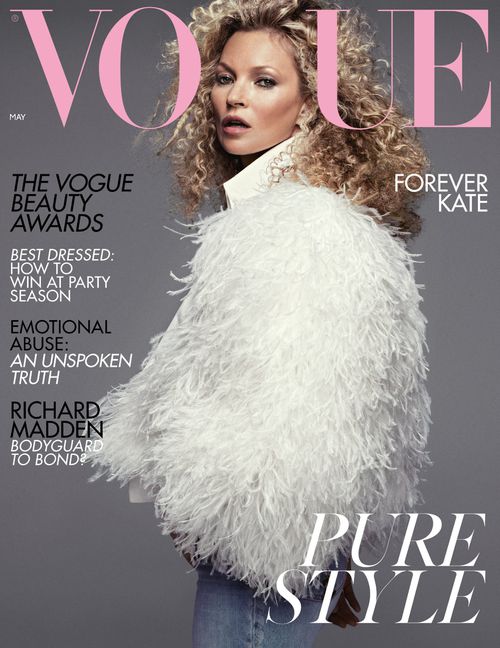 Birth Date: January 16, 1974
Nationality: United Kingdom
Discovered at the age of 14, Kate has since appeared on
the covers of every major fashion magazine in the world.
This includes a record 36 covers for British Vogue and a
place as the lead woman on American Vogue’s
centenary cover. Her seven-year association with Calvin
Klein created some of the most definitive campaign
imagery of the 1990s. She has been photographed by
the world's renowned photographers such as Mario
Testino, Mert & Marcus, Nick Knight, and Peter
Lindbergh and was the face of Burberry, YSL, Coco
Mademoiselle and Missoni to name a few. She has
enjoyed successful collaborations with Alexander
McQueen, Longchamp, Dior and Louis Vuitton as well as
designed capsule collections for Top Shop and
Equipment. In February 2014 Kate was appointed a
contributing fashion editor for British Vogue. Kate Moss
also has been the subject of artworks by Banksy,
Damien Hirst, Lucien Freud and Tracey Emin, and Chuck
Close.

Kate Moss in the news: