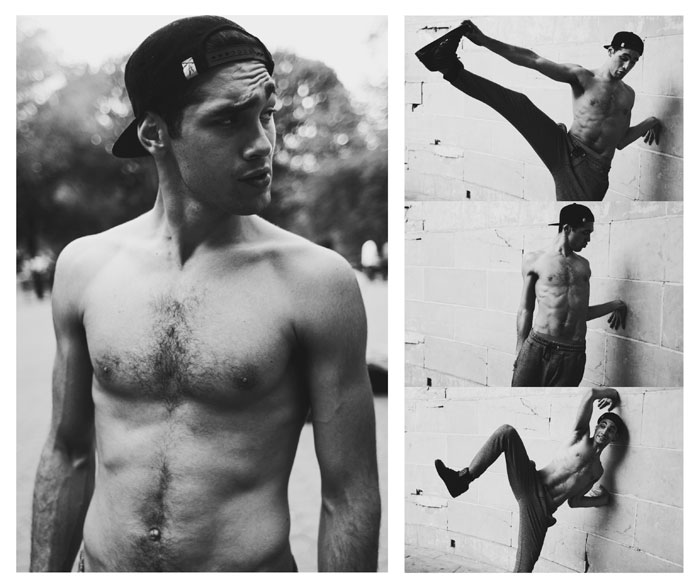 Eric Ramos, Request Model Management NY is no stranger to the streets of NY. Before he started modeling he was a break dancer earning his money by performing in places like Central Park and Times Square. Fast forward a year and Eric is walking the runway for Givenchy, demonstrating a little street cred goes a long way. See below as Eric shows off some of his non-modeling moves.

How were you discovered?

I was approached as I was performing on 14st union sq with my crew.

If we were to find you break dancing in NY where would it be?

If you want to find me break dancing in NYC come to Central Park, Battery Park, or 42st Times Sq.

Has the world of break dancing style influenced your own?

Break dancing actually saved me from many things, it is a way of expressing myself and I found my personality as I learned new moves. It was exciting to show my friends that I was a fast learner and extremely flexible- some said I have an old soul. But it wasn’t easy- took a lot of practice, effort and dedication, as I got better I realized this is my passion.

What rules of break dancing do you apply to modeling?

When I started modeling I had the idea that this should be a piece of cake, because I already knew how to move my body, face, chin down as photographers say. But it wasn’t that easy. I noticed when I became better at dancing how much time and patience it took, I said to myself maybe it’s the same thing as dancing. I just have to be patient and not forget where I came from cause that’ll separate me from the others. 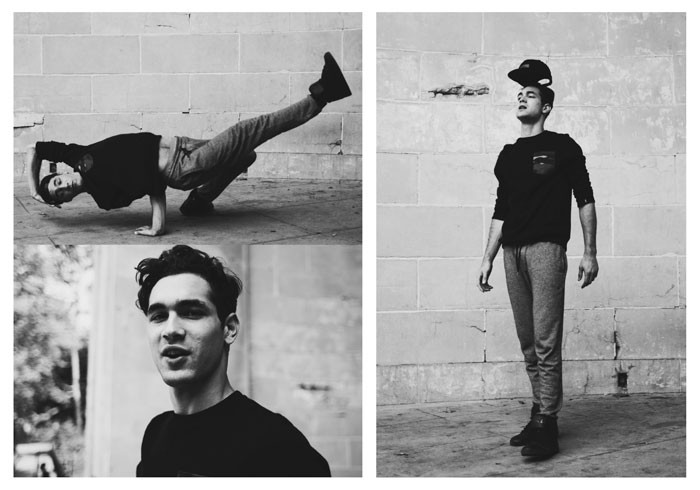