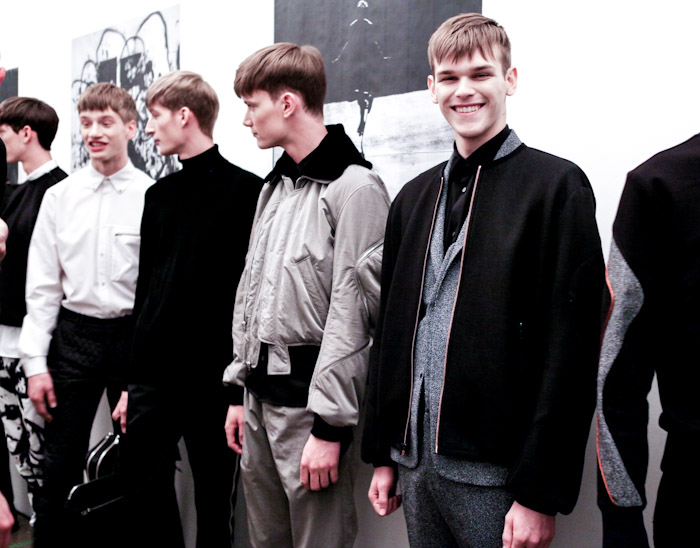 Tim Coppens went for his first full-on runway show for Fall 2013, reaching a new high with a collection that was effortlessly cool and sophisticated. After three seasons that demonstrated his talent with color and tailoring (an ability no doubt honed during his years at Ralph Lauren), Coppens moved in an edgier direction. The dark palette was mostly black-and-white, but the clothes were infused with a pulsing energy, inspired as they were by the street culture of Coppens’ youth. There was an urban sportiness to the elastic-cuffed trousers, to Branko Maselj’s graffiti-print parka, to Malcolm de Ruiter’s padded bomber. Many of the trousers were marked with tuxedo stripes in bright colors, adding a hint of sporty elegance without pushing too far away from the streetwear aesthetic. Coppens worked with an innovative variety of materials, from the cashmere and leather of Ian Sharp’s cardigan to the bonded wool and foam leather of Abel van Oeveren’s bomber jacket. Those sturdy fabrics allowed Coppens to experiment with the silhouette, resulting in rounded shoulders and oversized sleeves that would not look out of place at the skate park. Zippers were finished in copper for a touch of shine, and snaps were hidden behind fabric panels to enhance the pared-down look. It was a collection where everything felt perfectly in place, a promising step forward from one of New York’s most exciting new menswear designers. 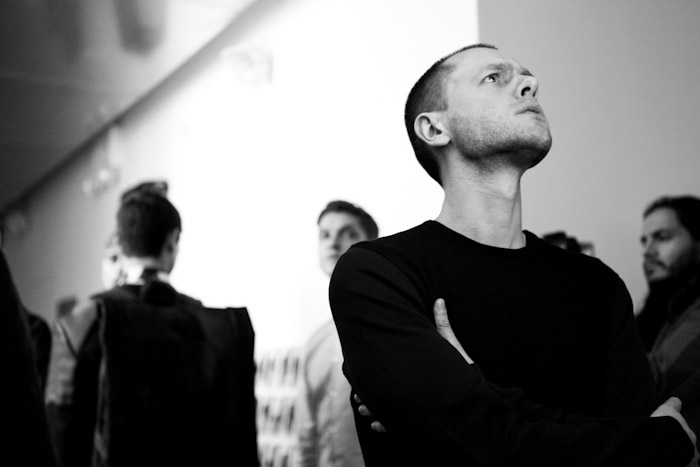 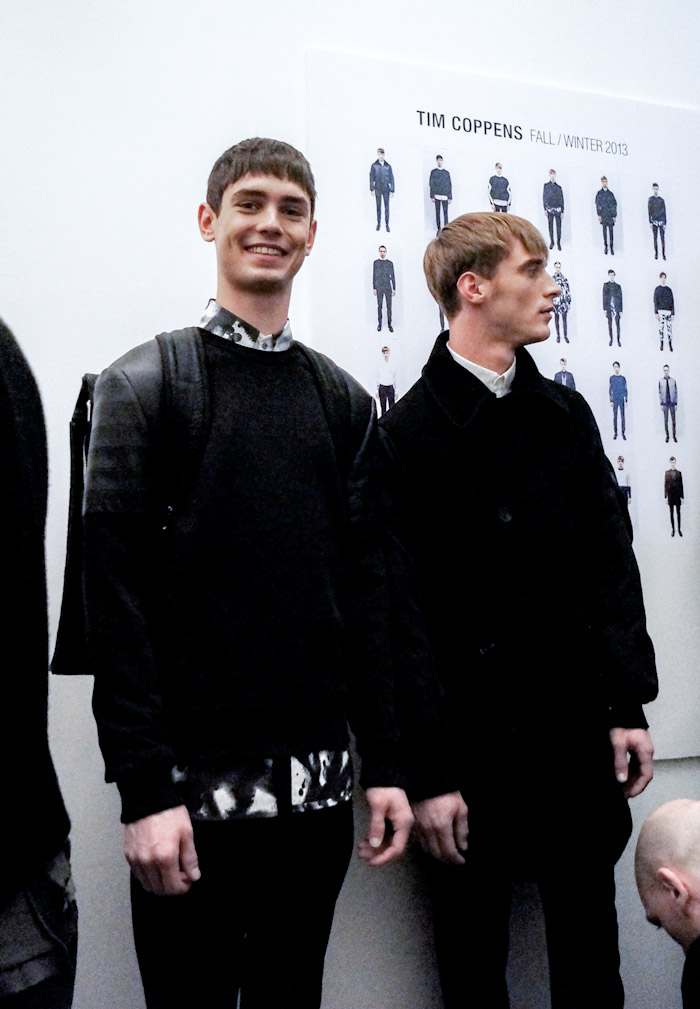 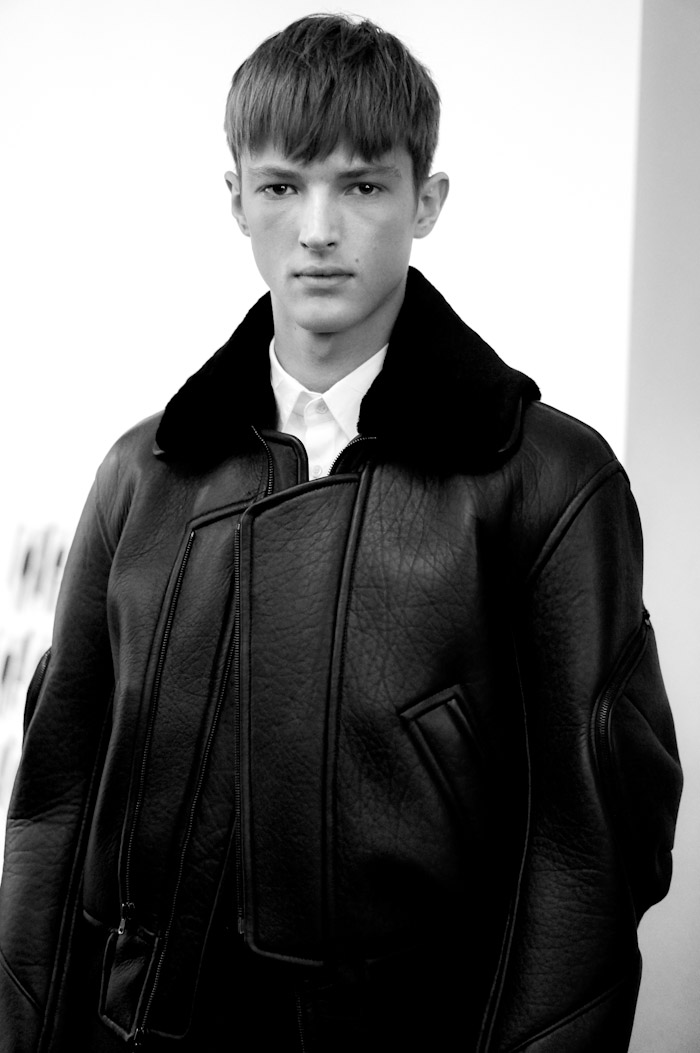 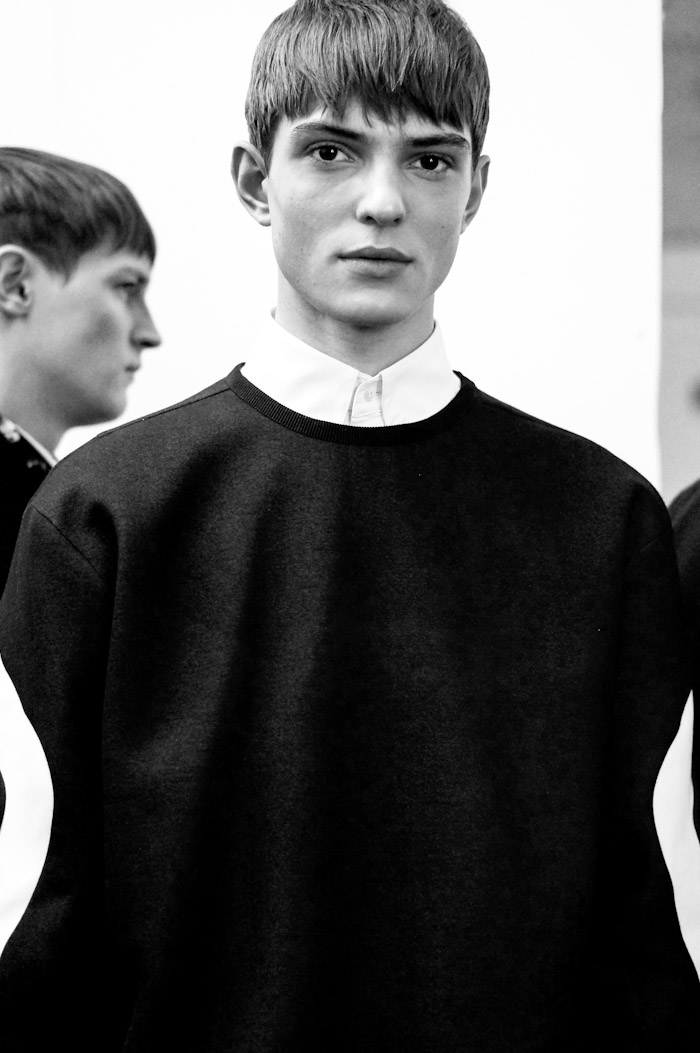 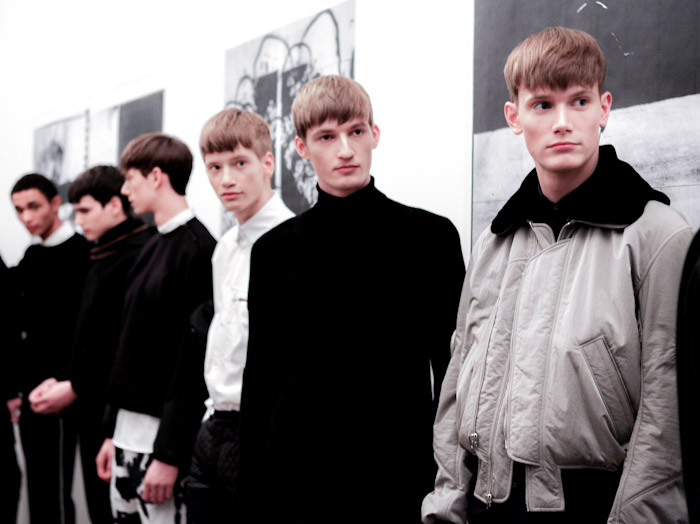 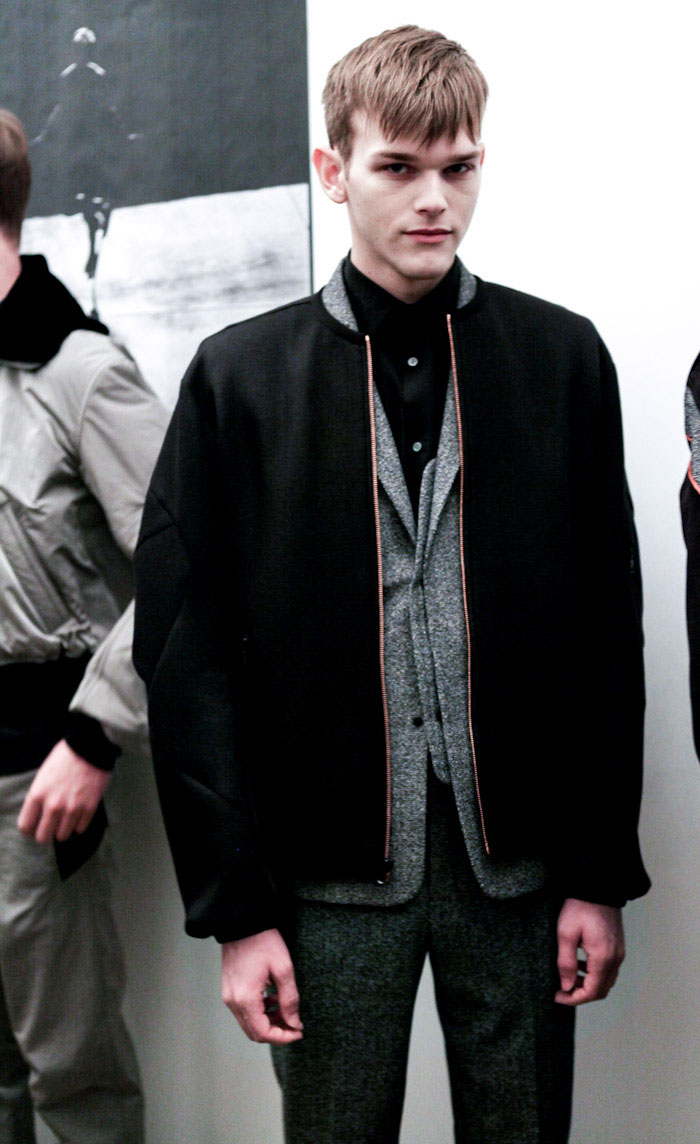 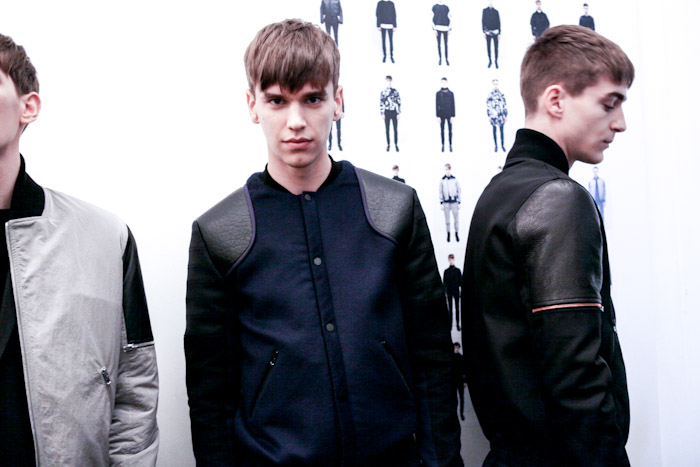 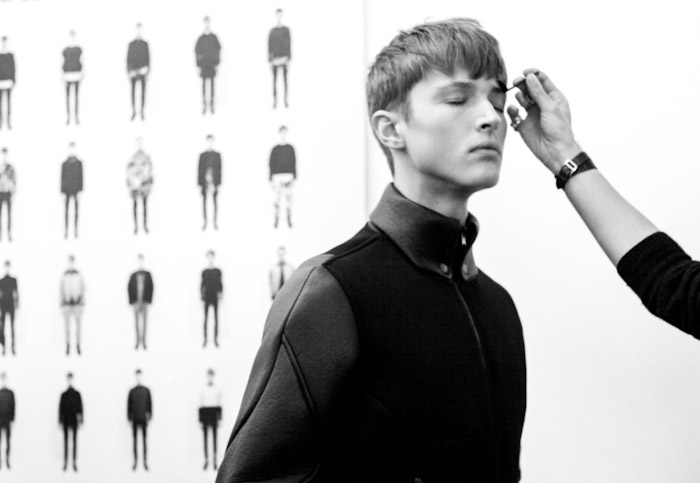 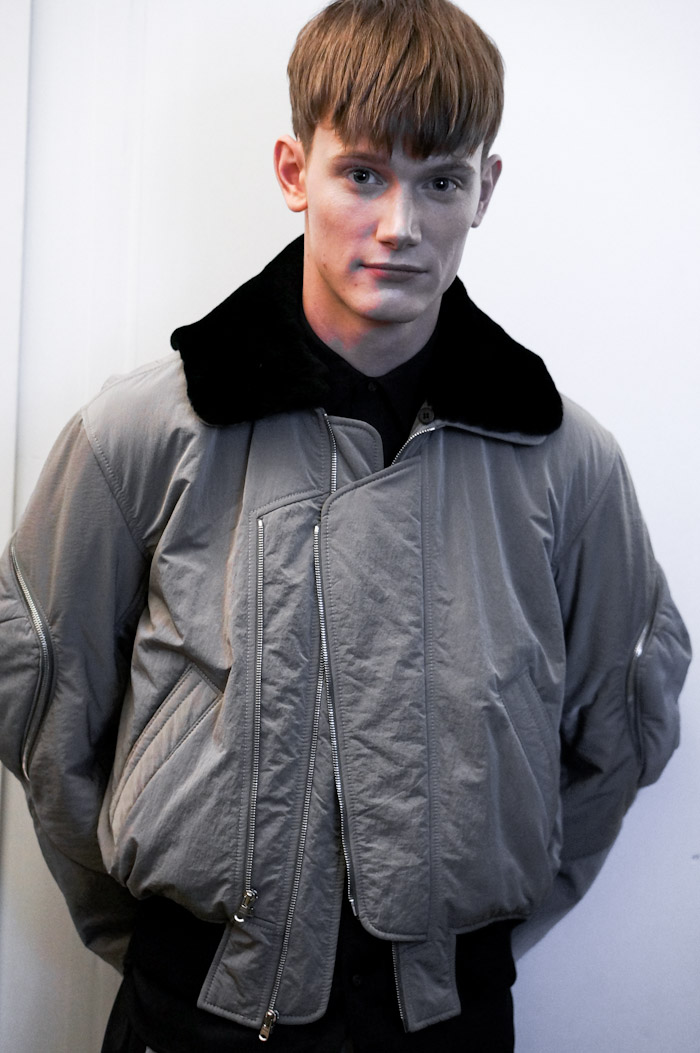 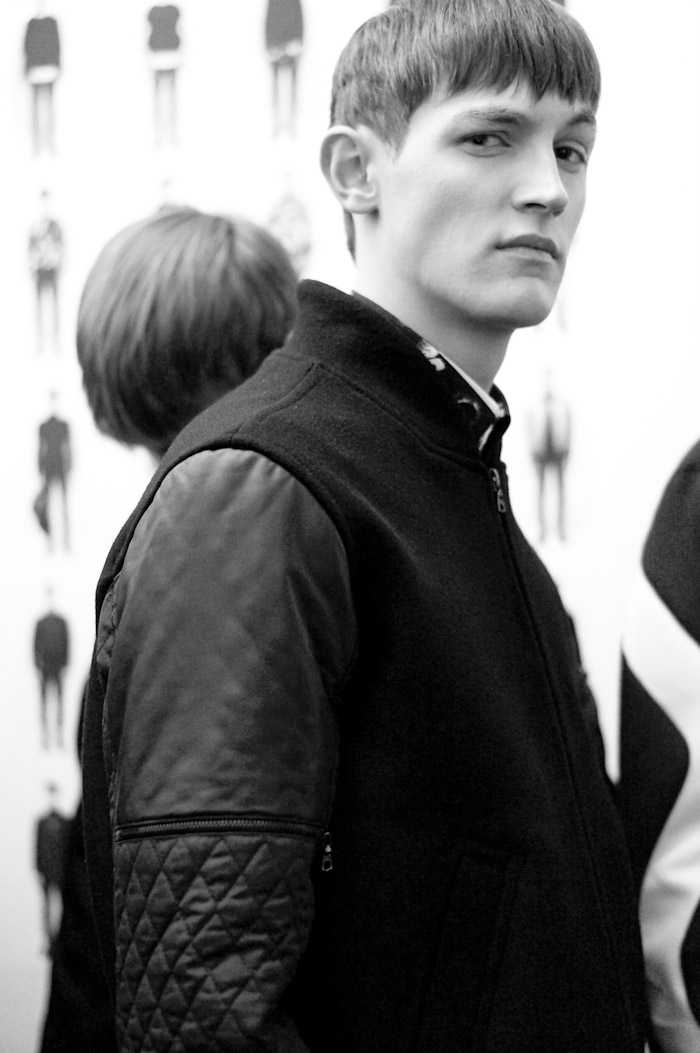 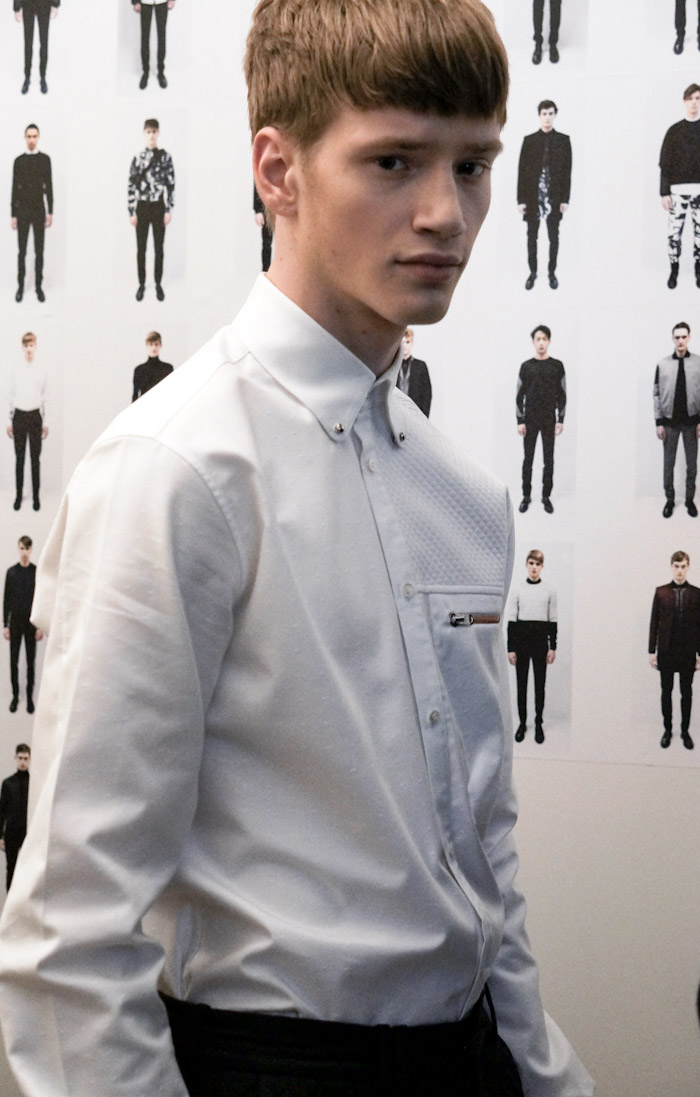 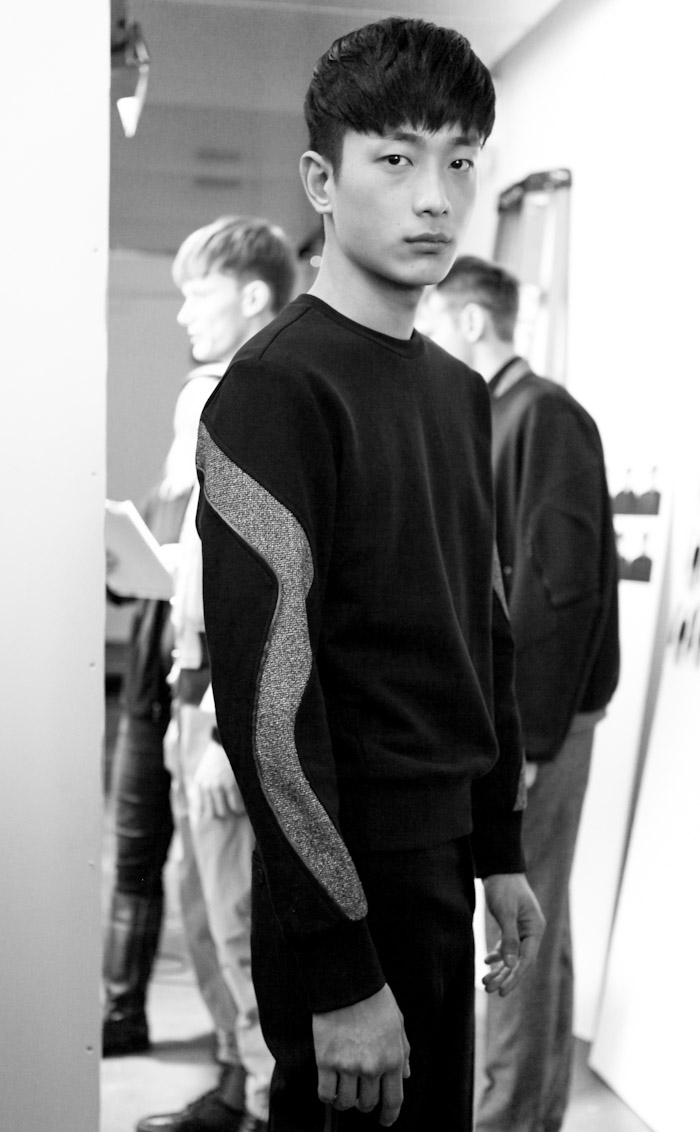 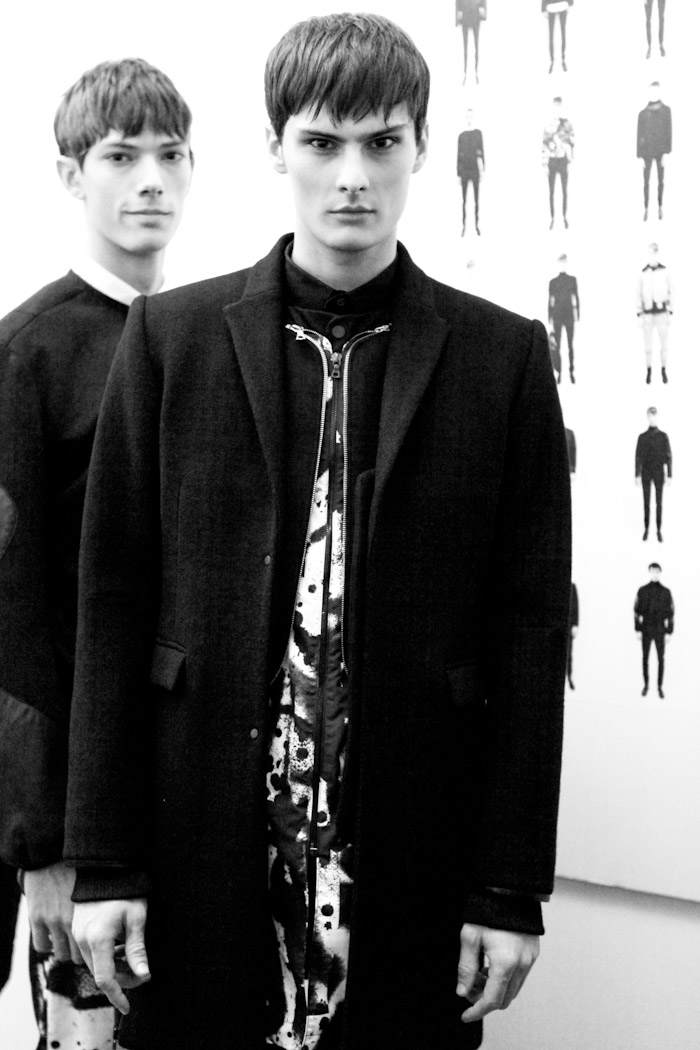 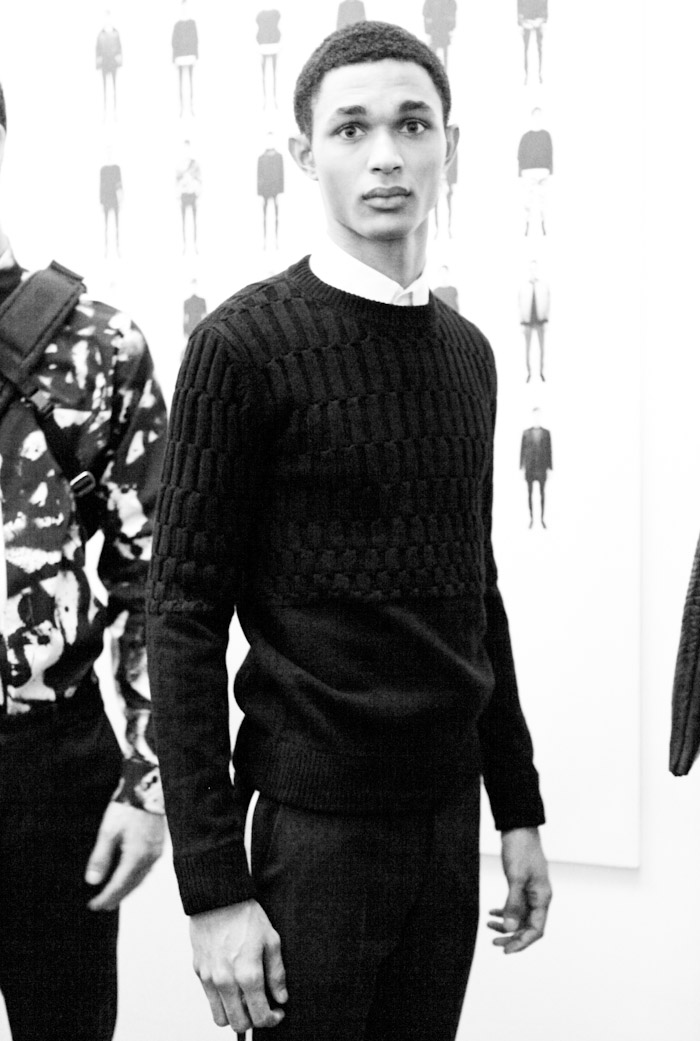 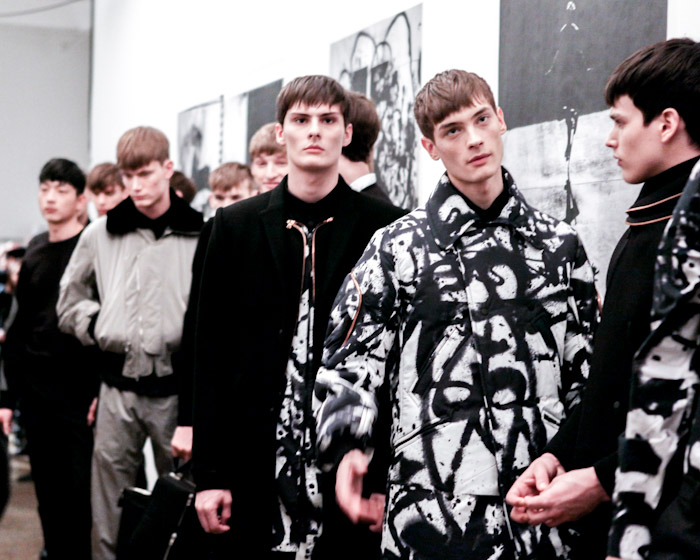 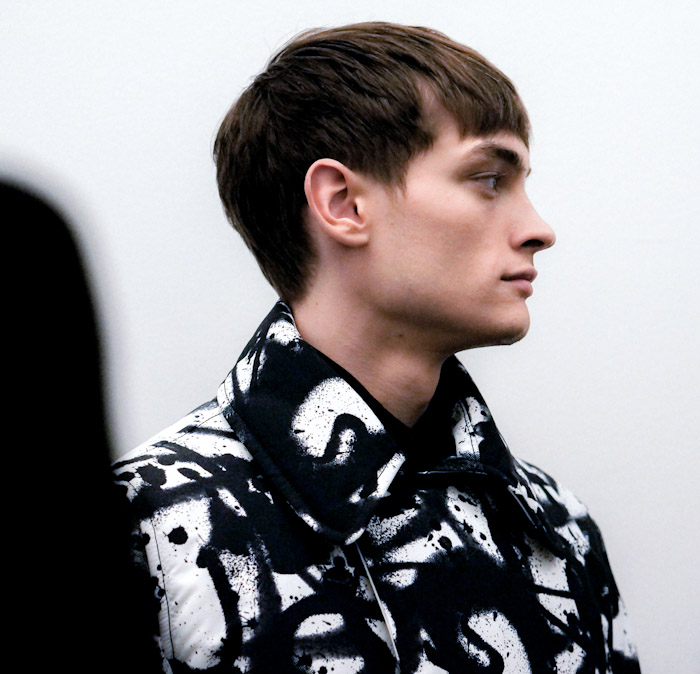 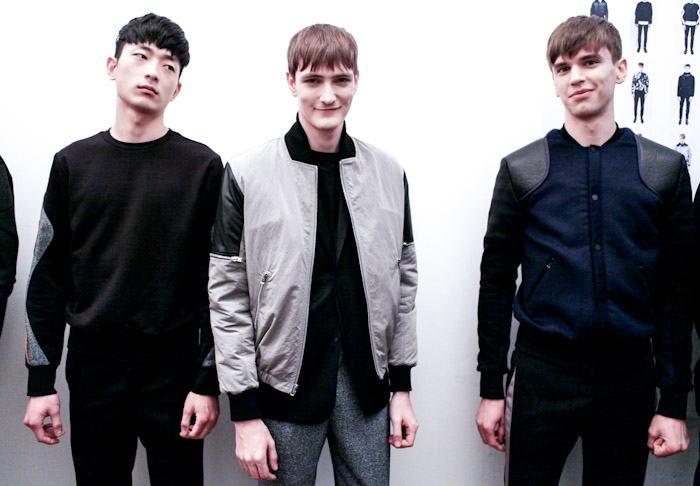