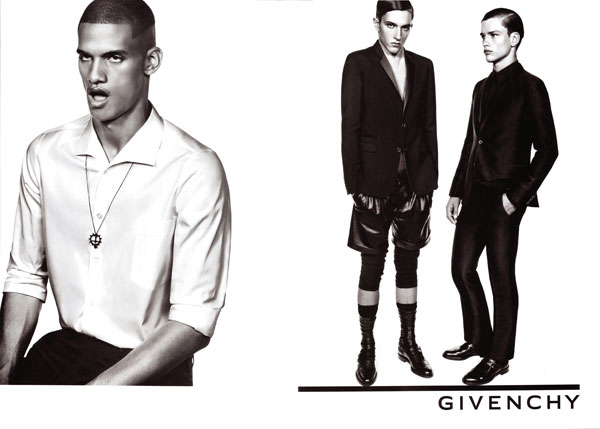 What a glorious difference several days and a few thousand miles make. After the recent kerfuffle over the lack of color in Milan, designers showing in Paris are searing unforgettably gorgeous black, Latino and Asian male models onto the fashion world’s collective brain. Was Jean Paul Gaultier joining the rest of the world in Obama fever or celebrating black culture by putting massive Afros on the models? Most likely both;Â  very Afrodisiaque a la the recent Paris Vogue we say. It definitely could have been “awkward” to say the least if only white models were used. Thankfully, JPG used at least a dozen models of color, including several beautiful black and Asian children sprinting down the runway. He is after all, in the words of Tim Blanks “the great humanist” who is not only “color-blind but gender- and faith- and age-blind“. Thierry Mugler used 6 models of color including opening with runway mainstay top Asian model Philip Huang. I believe 6 was about the number of black and Asian models that I saw on ALL the runways in Milan, combined.

What did it for me though was Givenchy. Already huge fans of the powerful women’s campaign with Indian model Lakshmi Menon, we loved this season’s head turning image of Pablo Contreras. On Friday, Riccardo Tisci put his so called money where his mouth was. Givenchy not only opened with Pablo, the next 8 men that followed were all men of color-black, Latino and Asian. We think Mr. Tisci chose wisely.Â  His richly textured collection was made even more arresting with the backdrop of these elegant and powerful faces. Now this is fashion that we can support. 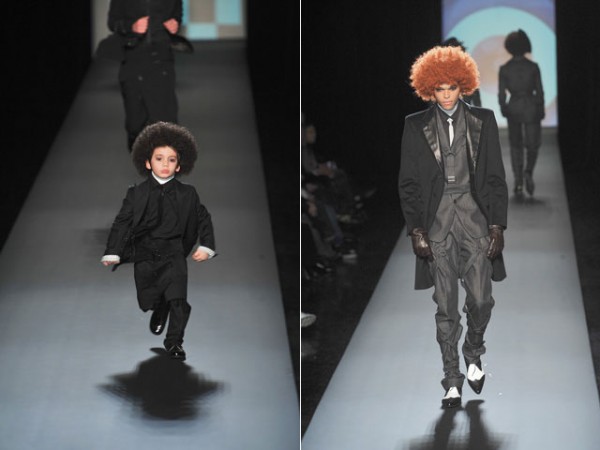 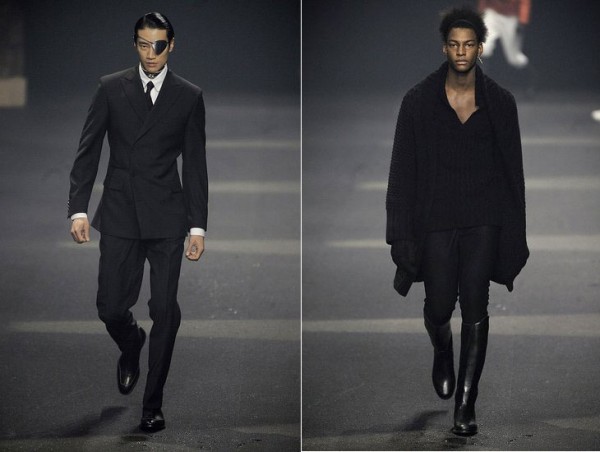 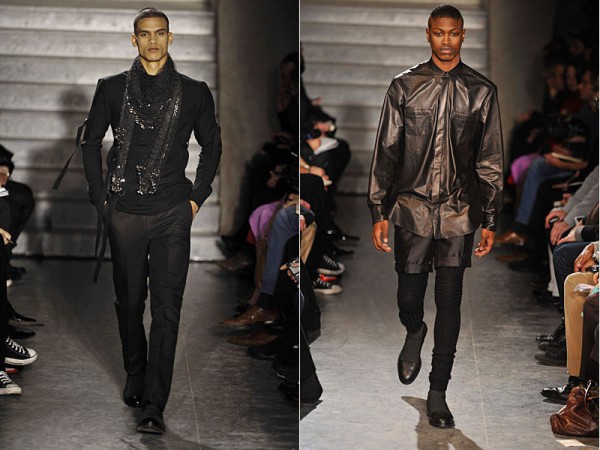