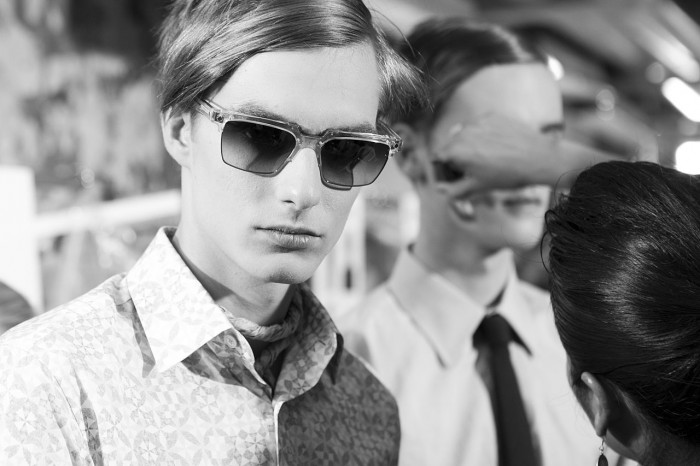 For their first-ever Paris show, Savile Row’s Hardy Amies kicked off the week with a collection of perfect English tailoring and absolute elegance. There was an undeniable refinement to the slouchy knits, wide shorts, and patchwork quilt motif that ran through a number of pieces, as designer Claire Malcolm demonstrated that a storied British brand can be upright without being stuffy. A number of the outerwear pieces were particular standouts, like a suede baseball jacket or a checkered blue anorak, proof that Hardy Amies is more than great suits, while the sunglasses each of the models wore added a playful, youthful edge to the grown-up pieces. There were several lustrous evening jackets that closed out the show—starting with Baptiste Radufe’s diagonal-striped look—and managed the difficult feat of looking formal and laid-back at the same time. It was a veritable history of British men’s fashion through the 21st century, from the double-breasted suits of the ’20s to the military colors of World War II, ending with the decadent ’70s shine of the final looks. It was a powerful shot across the Channel, a convincing entrance on the Parisian scene for an old London classic. 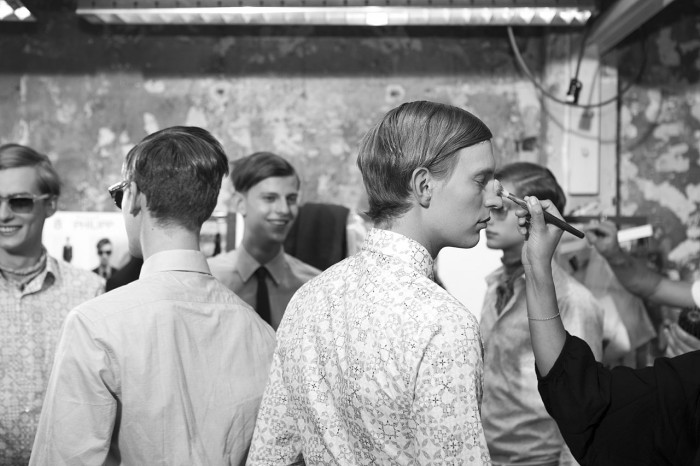 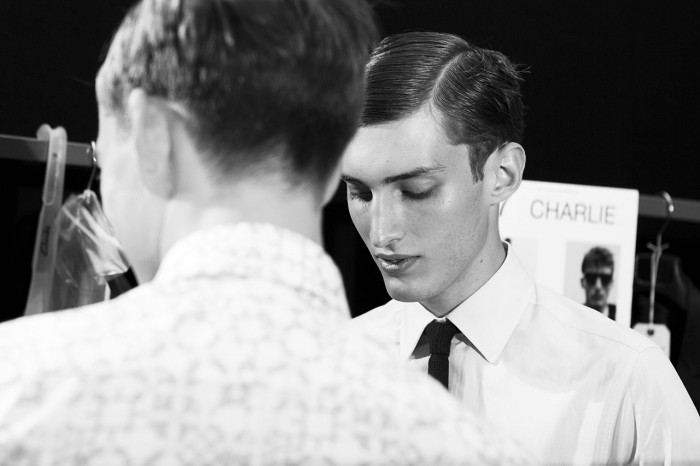 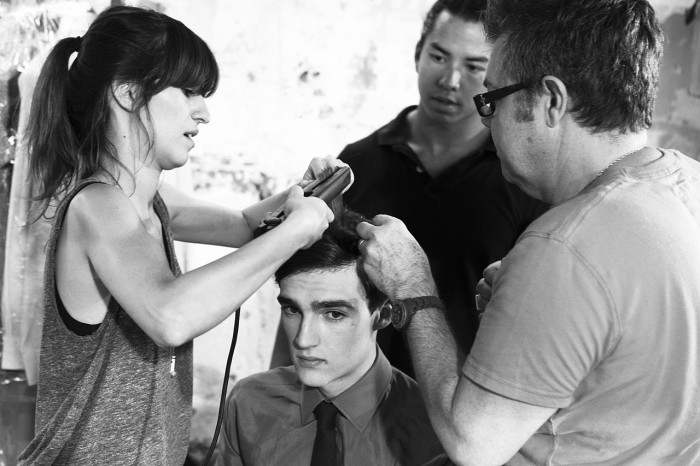 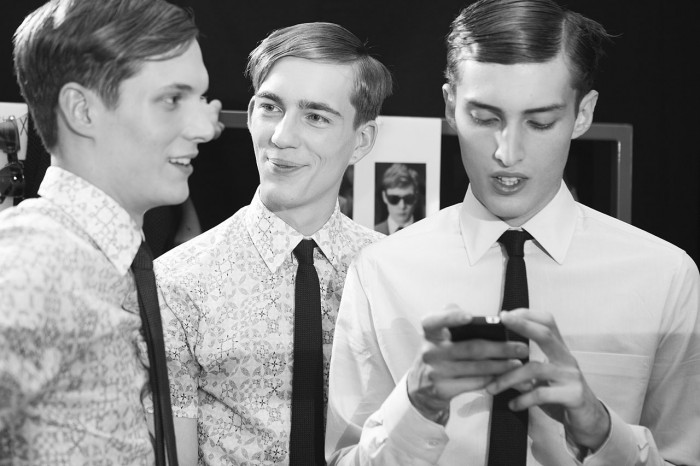 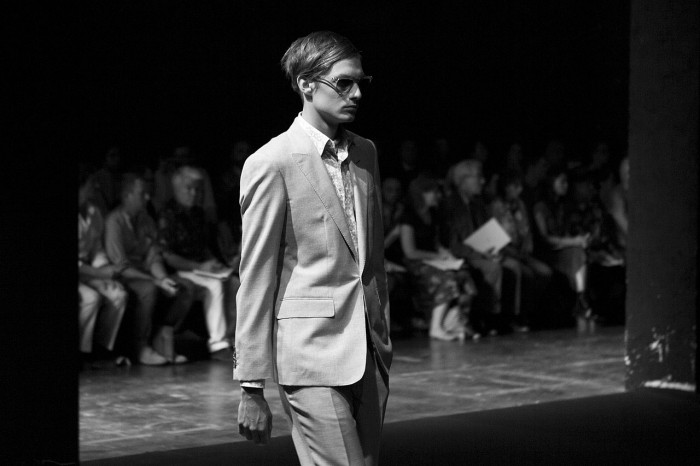 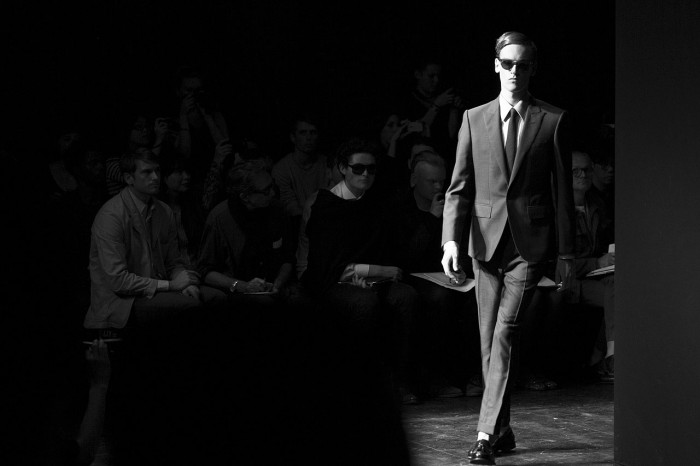 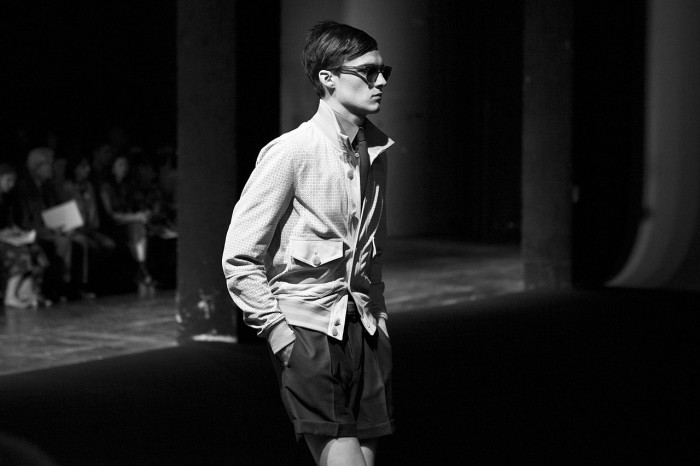 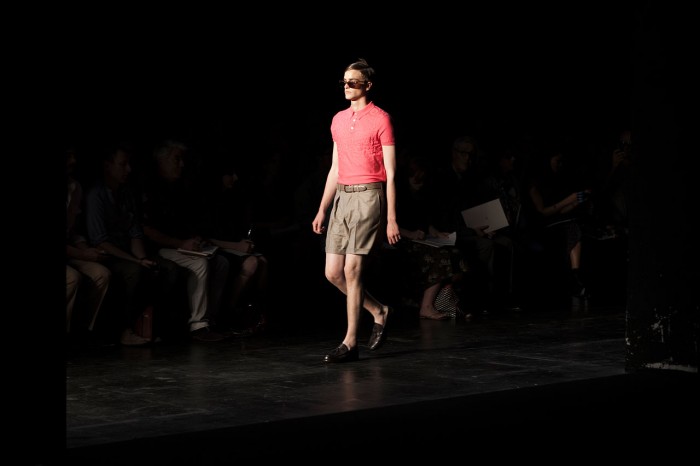 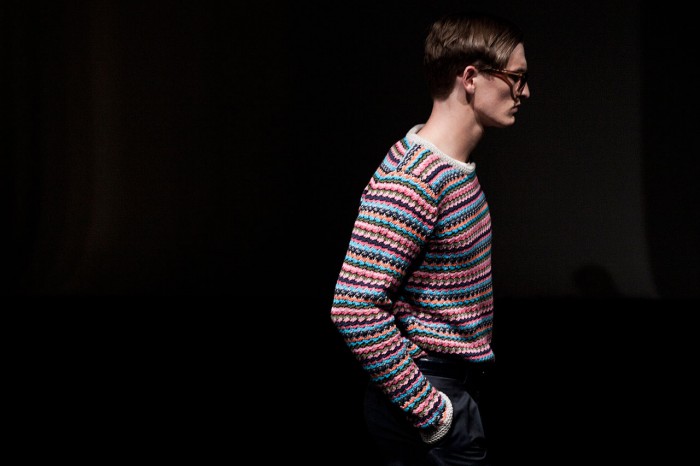 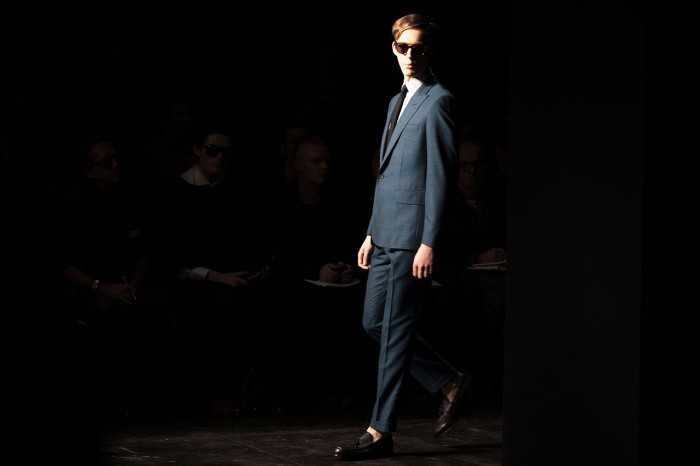 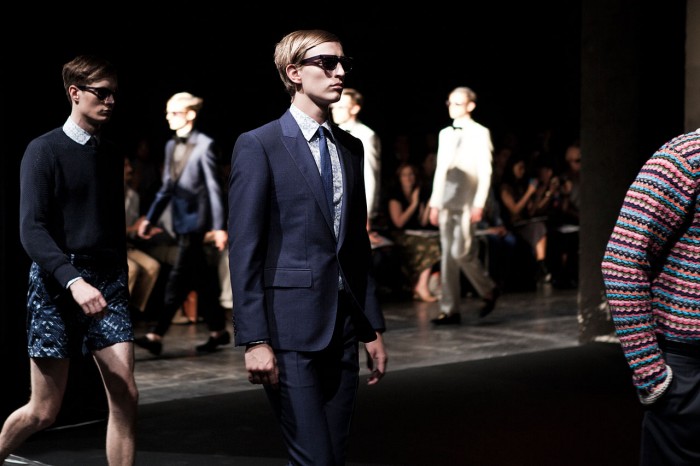 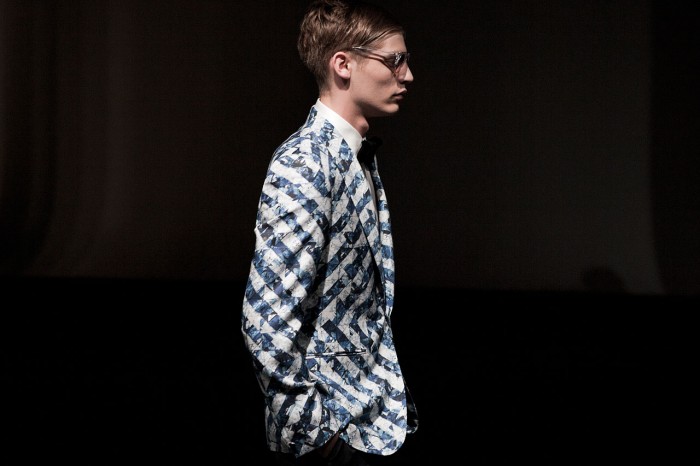 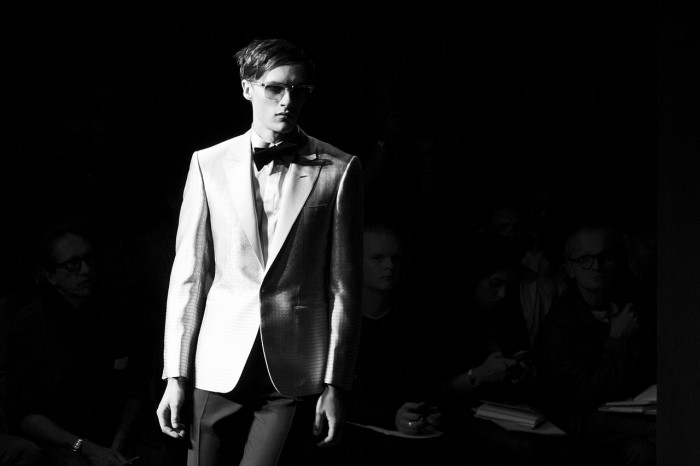 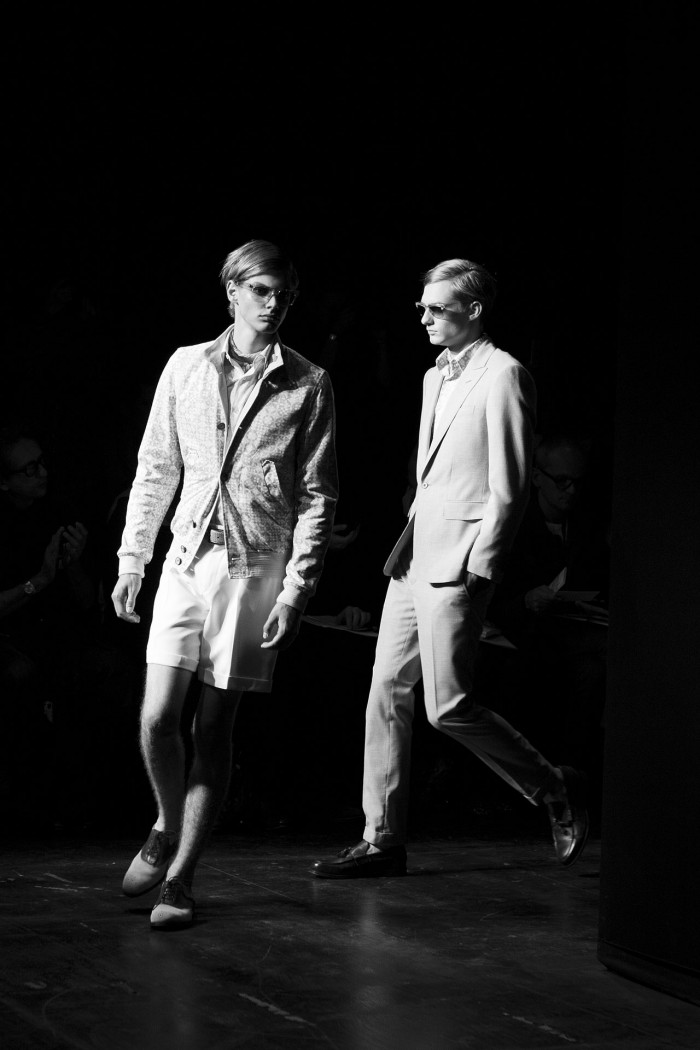 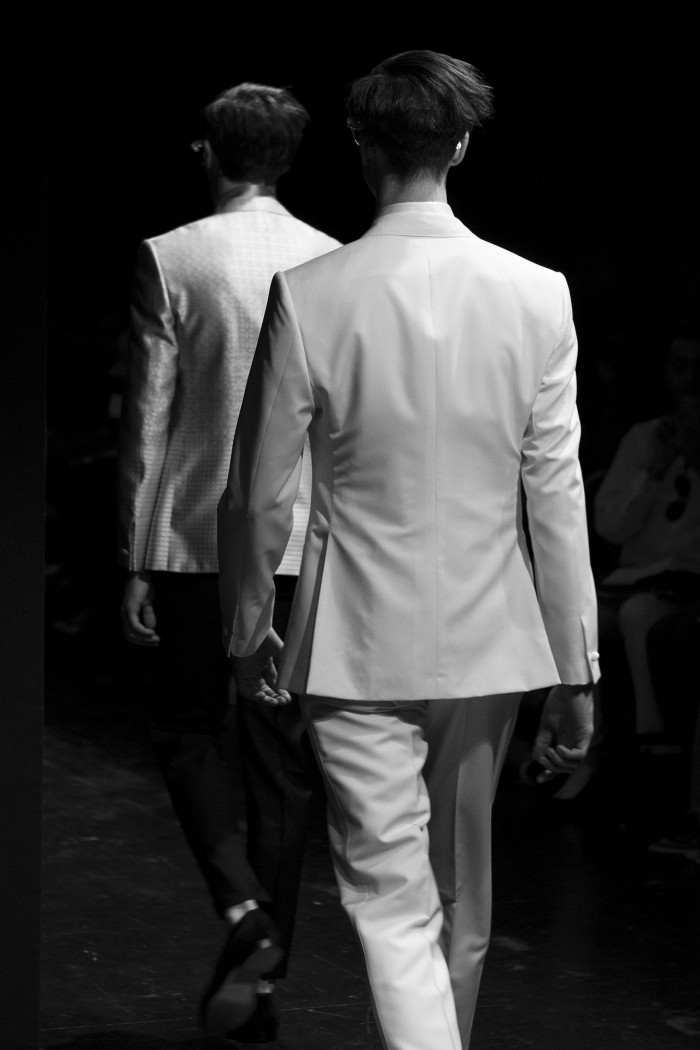