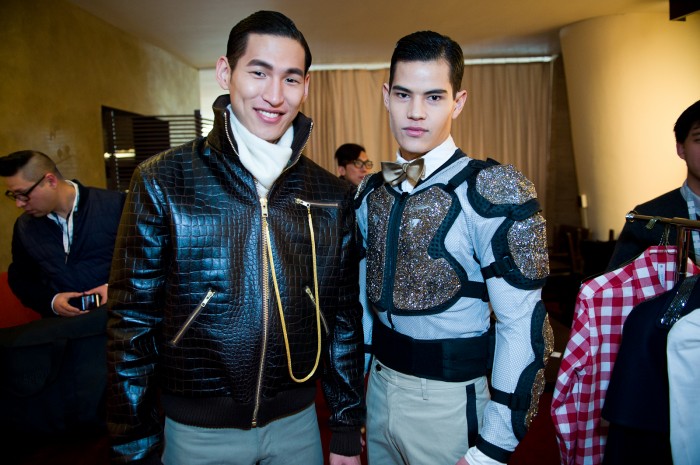 Marlon Gobel‘s Fall 2012 collection was all about the Heist. “The word ‘heist’ can mean many different things. What is it you want?” he asked as his models changed into their sleek Jet Set-era suits before his show. “A lot of things in life are not going to be given to you, and you’re going to have to end up taking them.” Gobel, known for his colorful and subversive take on classic American tropes, was both more subdued and more outlandish this season, working on the one hand with a toned-down palette of grays and browns, and taking full advantage of his partnership with Swarovski on the other—as in Simon Tham’s crystal-encrusted body armor. There was an undeniable element of flash to the season, fitting for a collection inspired by slick gangsters and glossy caper films, but not so much that it distracted from the careful construction of the refreshingly wearable pieces. And the narrative came through clearly, as when opener Roger Frampton mused on his slicked back hair inspired by the Kray twins, the London crime duo who were the city’s top mobsters in the middle of the last century. As Gobel put it, “What’s the point in making clothes if you’re not telling a story?” 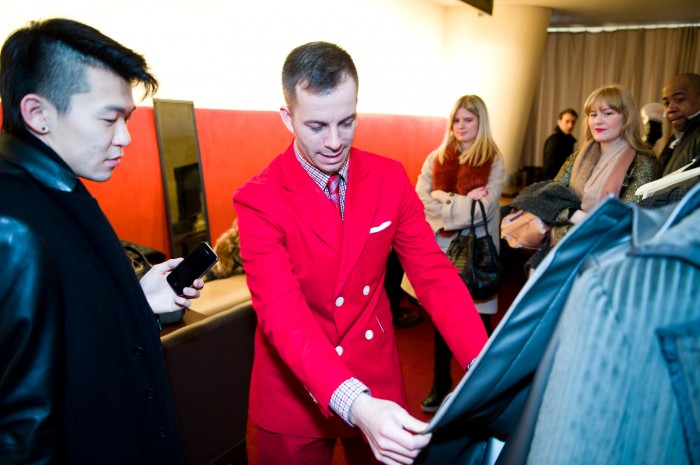 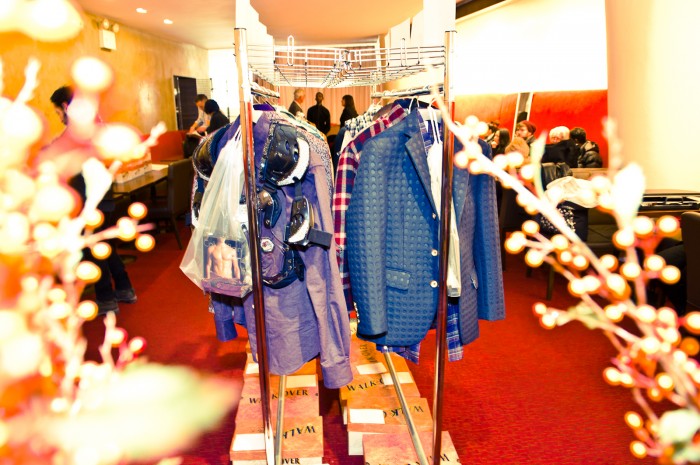 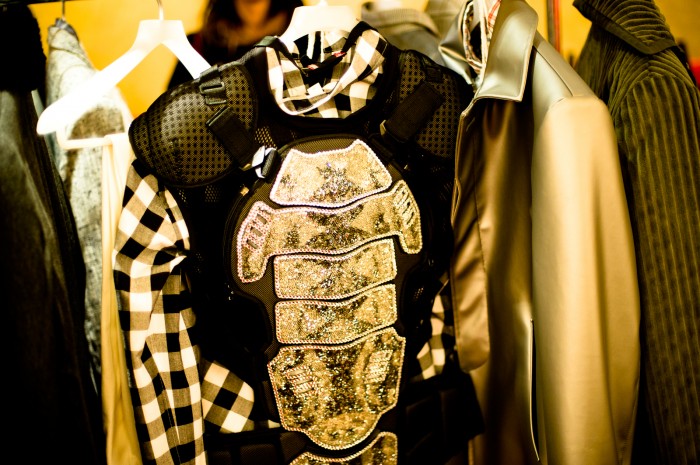 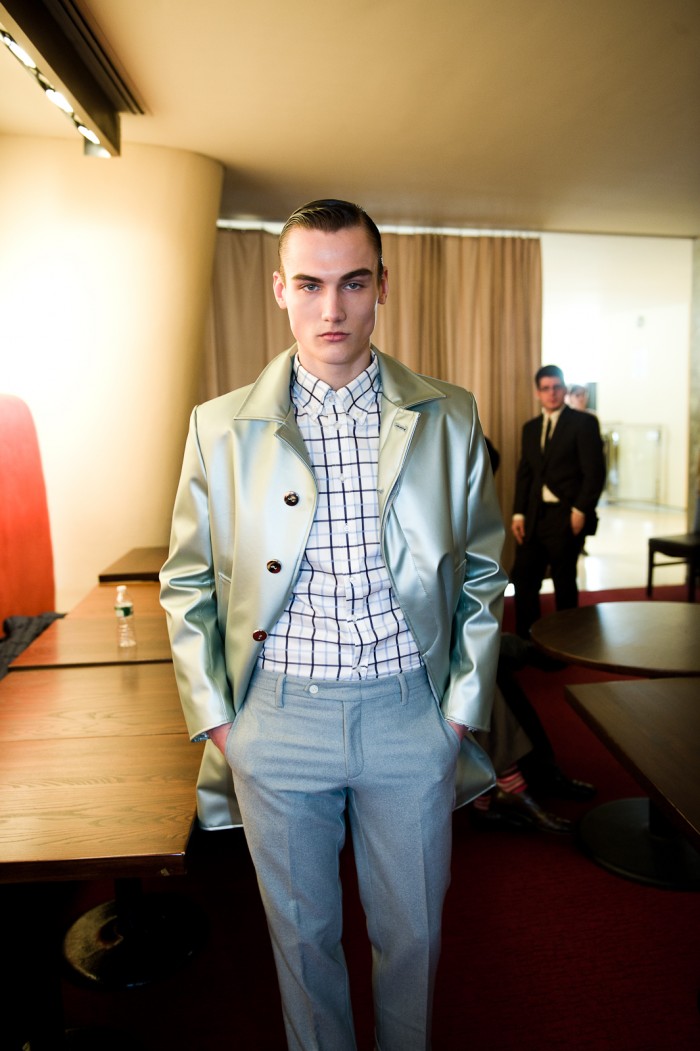 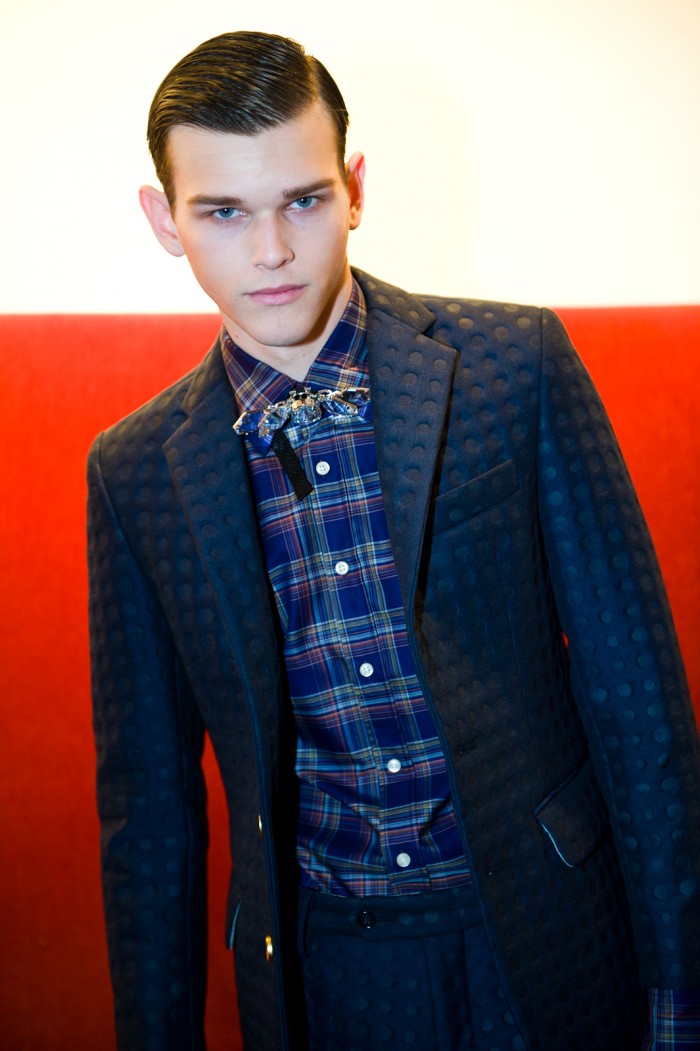 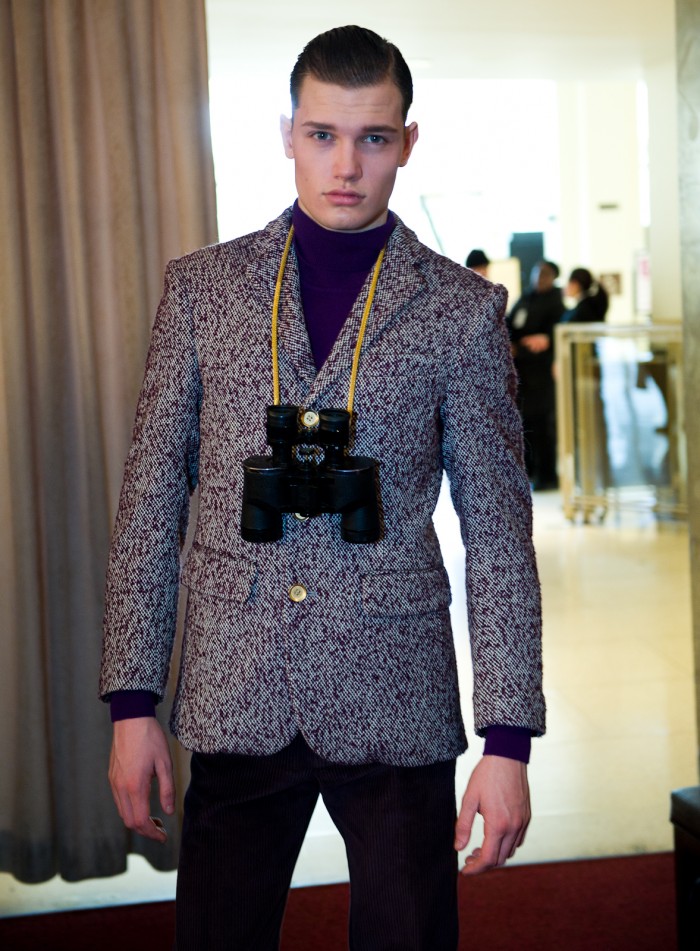 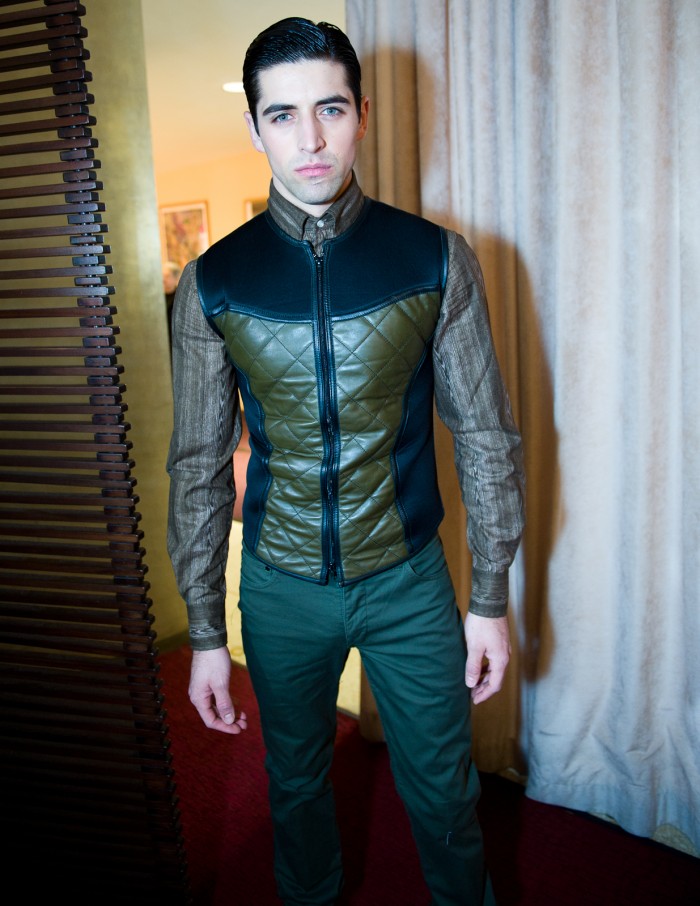 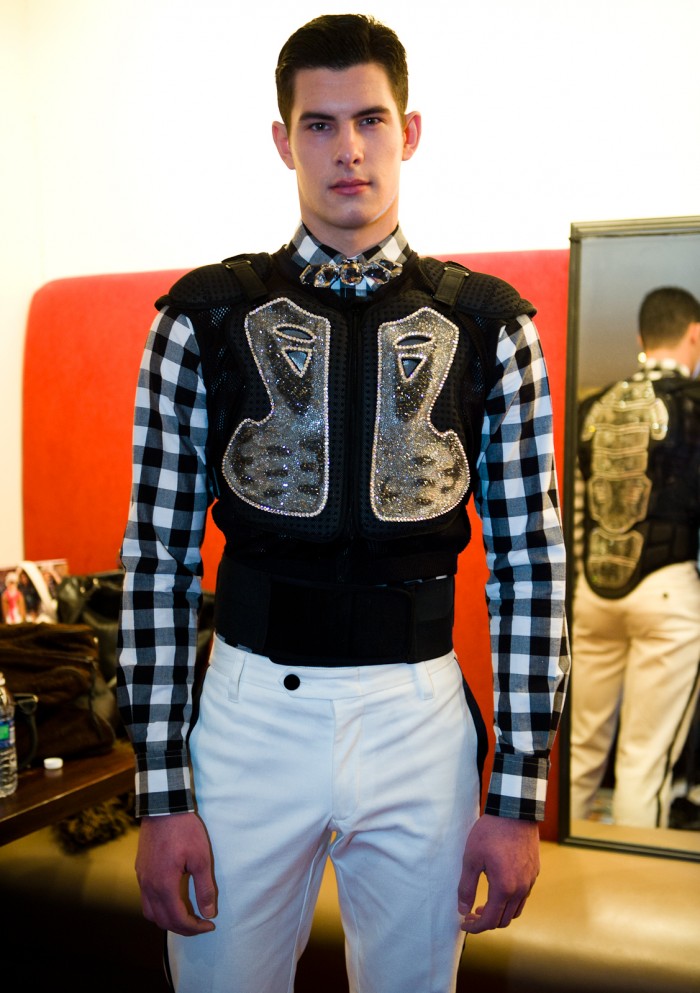 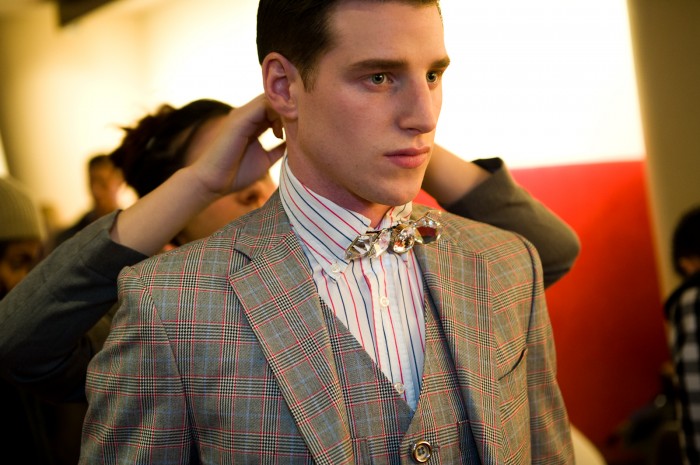 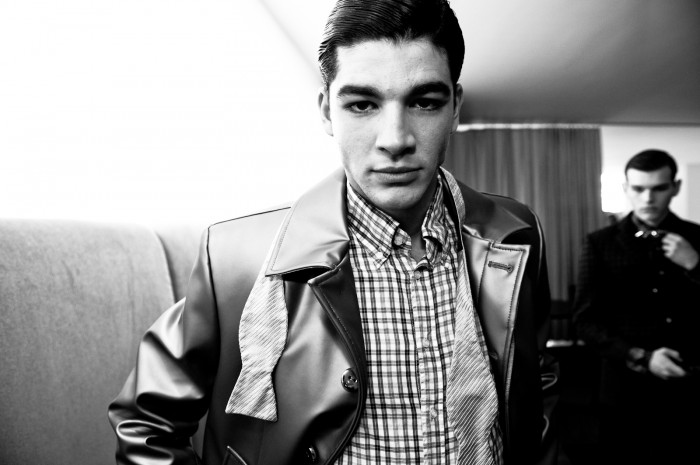 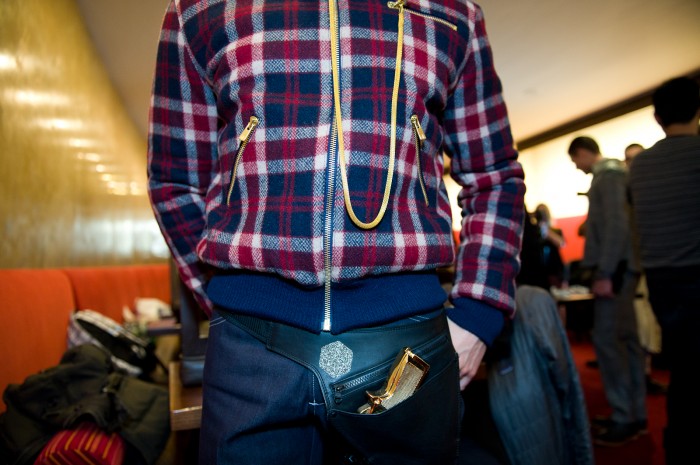 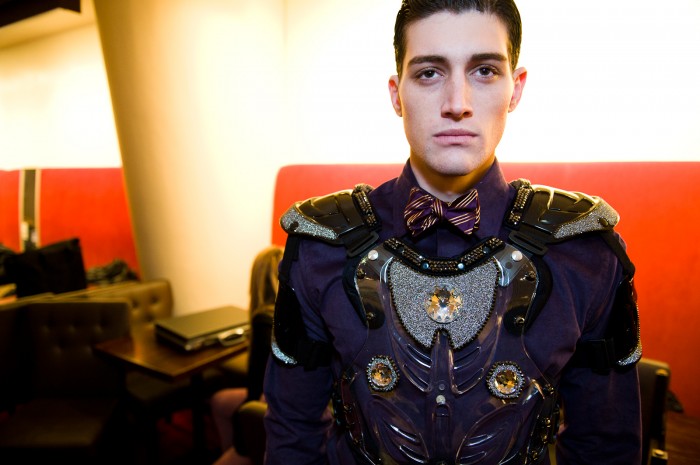 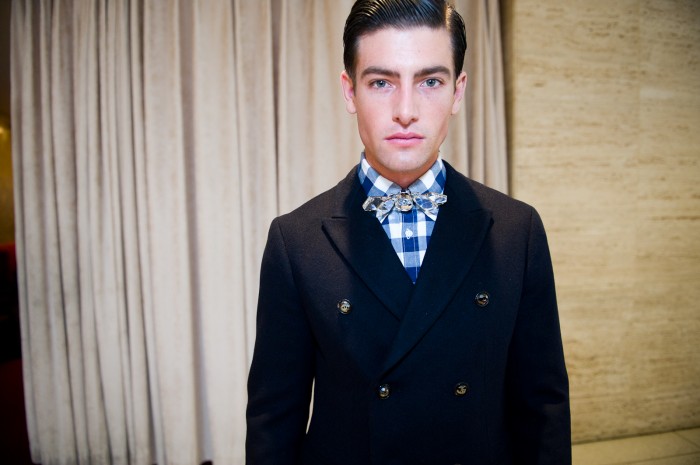 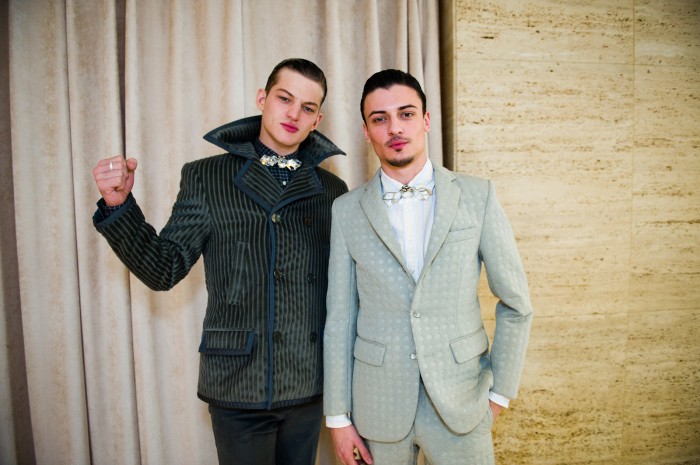 In The Light – Behind the Scenes