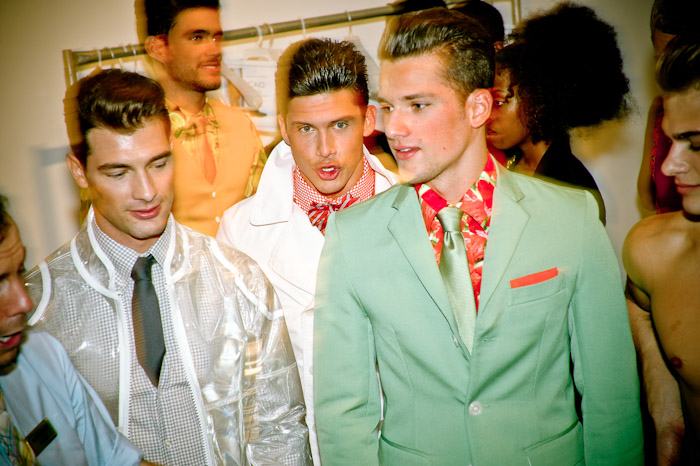 Marlon Gobel found himself among the brightly colored aisles of the suburban supermarket for Spring 2012. Against a backdrop of racks and racks of potato chips, the young menswear designer showed eye-popping, high-definition fruit prints and the vibrant suits that are becoming his trademark. As Lily Allen’s “The Fear” played over the soundsystem (“I am a weapon of massive consumption,” she admits in one line), Gobel showed a number of cheeky market riffs, including plastic visors like grocers wear, and a sea green jacket that appeared to be made of the foam that cushions fragile fruit in transit. “To wear a pair of pants just so you are wearing a pair of pants isn’t enough,” he said, which should serve as encouragement for anyone fearful of attempting the subtle glow-in-the-dark peacoat or the mesh athletic shirts layered over tank tops. Gobel pointed to artists like Andy Warhol, Jeff Koons, and Liu Bolin, who have also found inspiration in the anodyne commercialism of the supermarket, explaining, “It has everything you need, and it’s about enticing you into wanting it, and that’s what clothing does.” 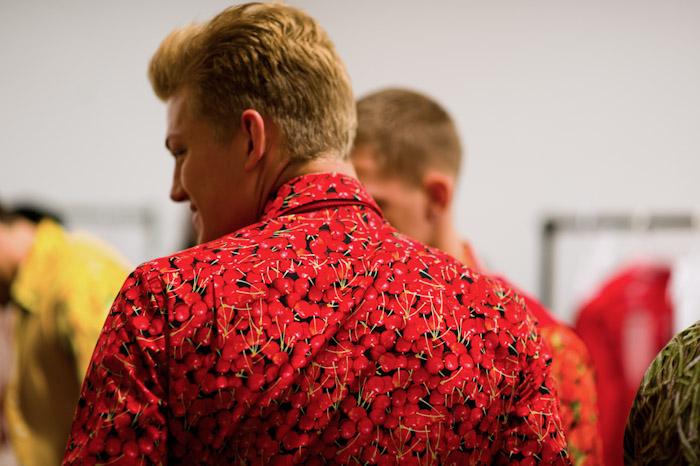 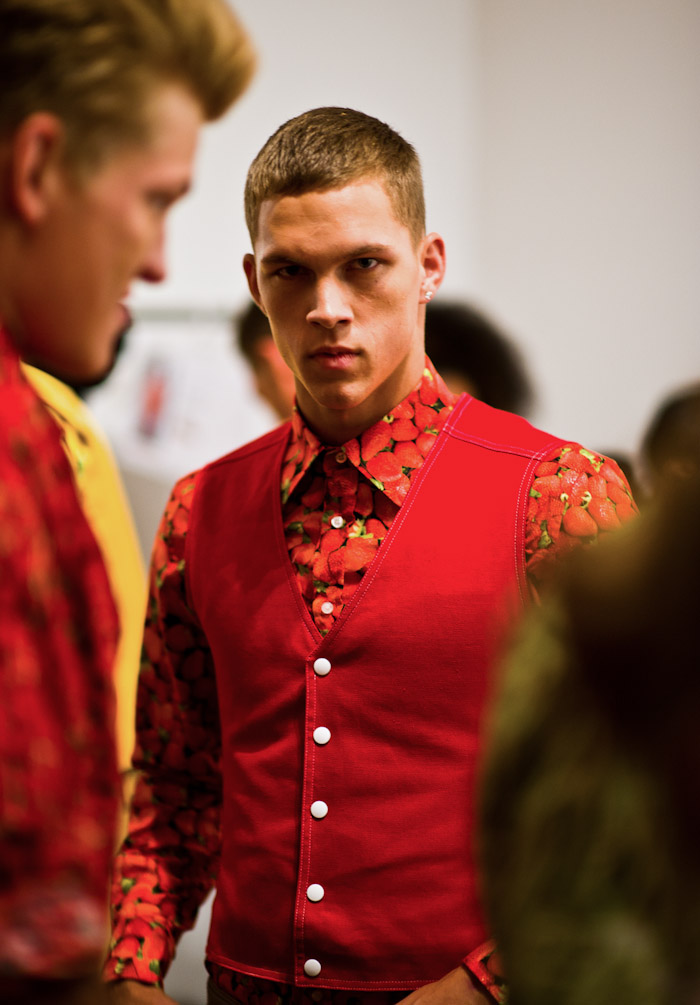 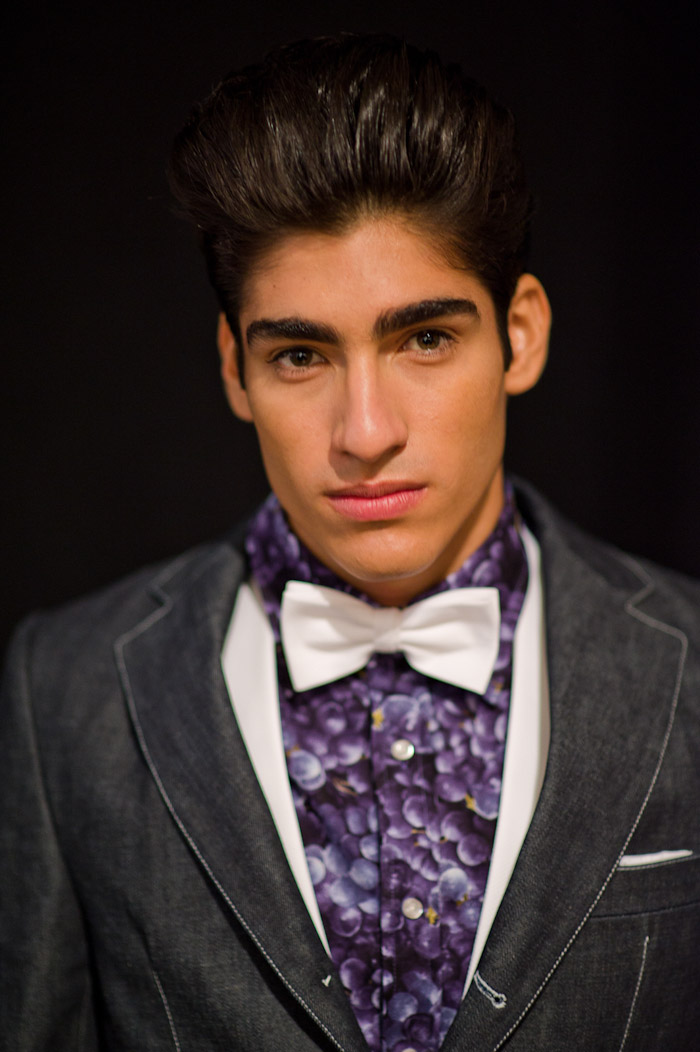 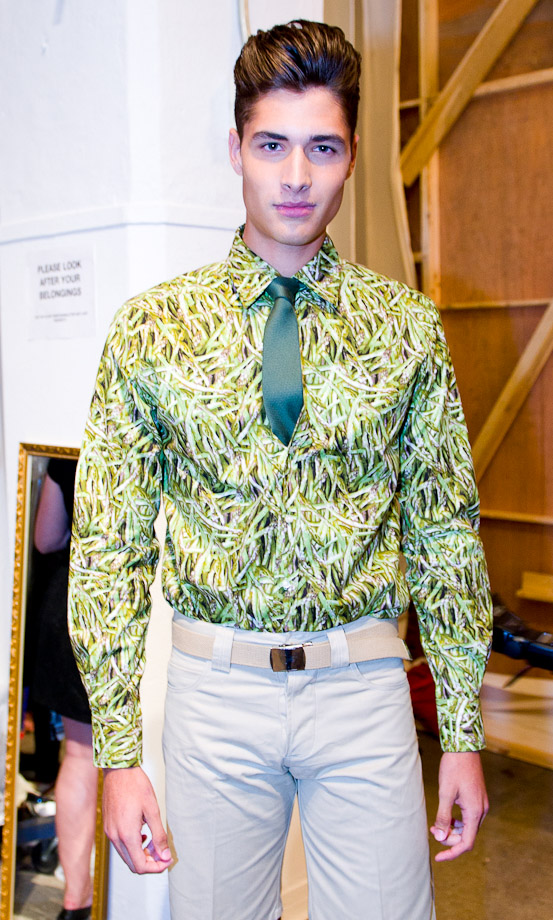 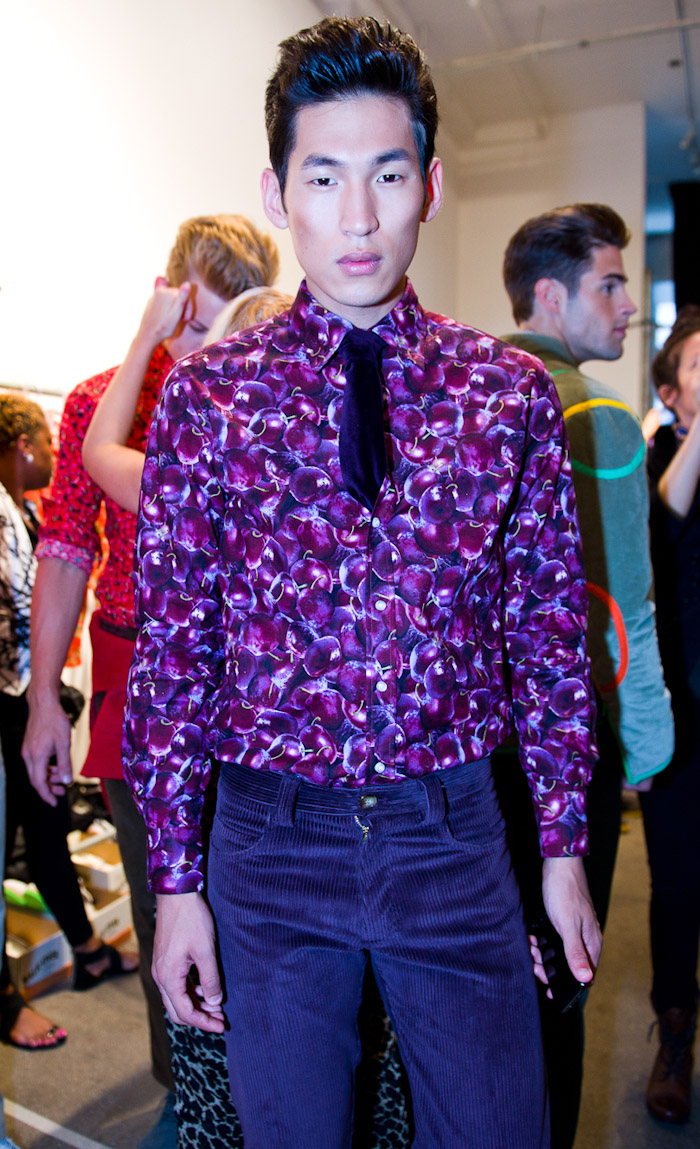 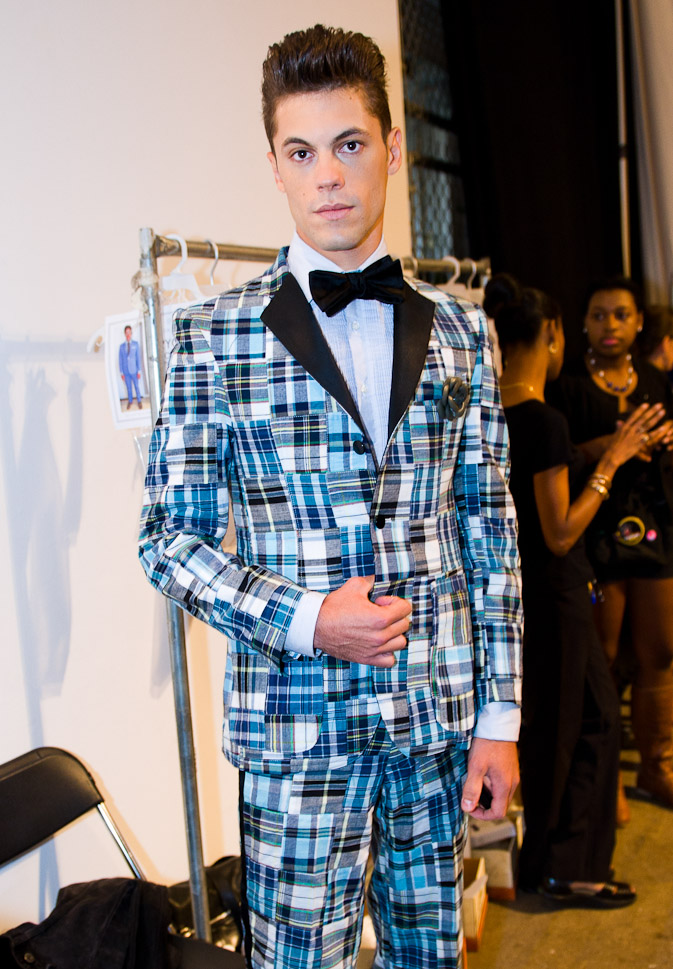 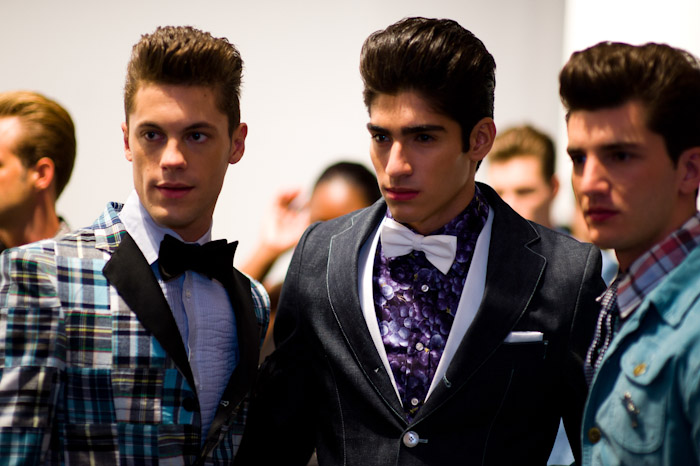 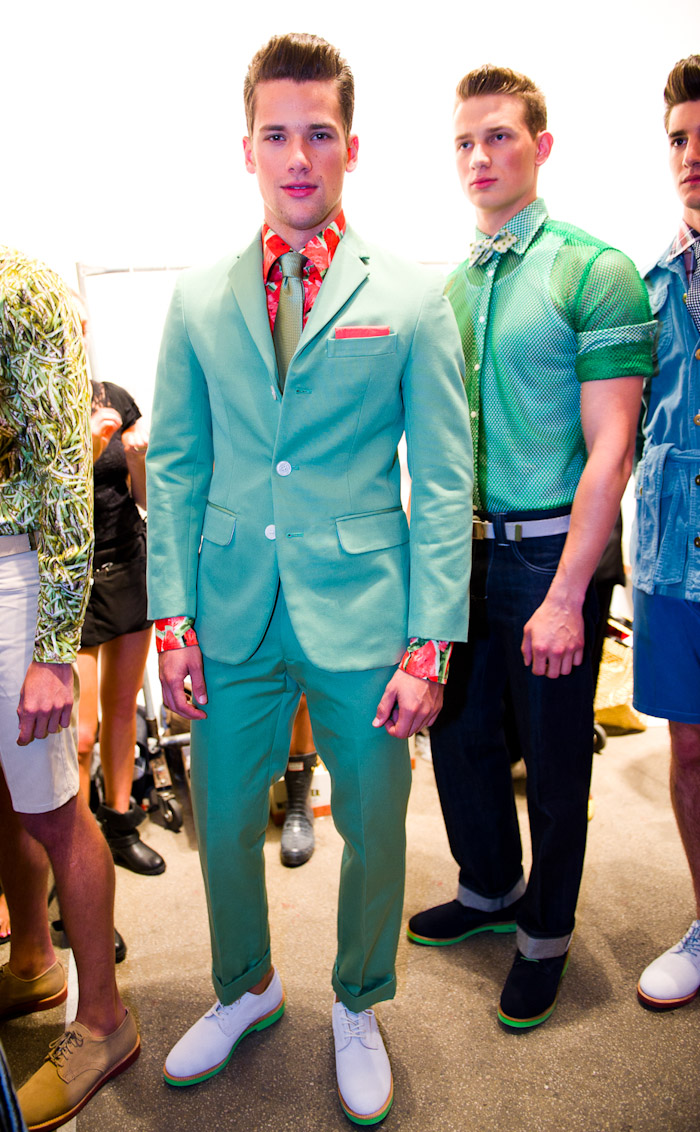 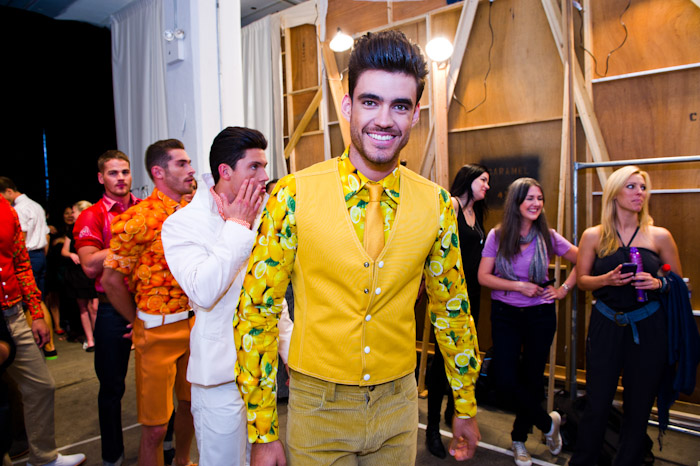