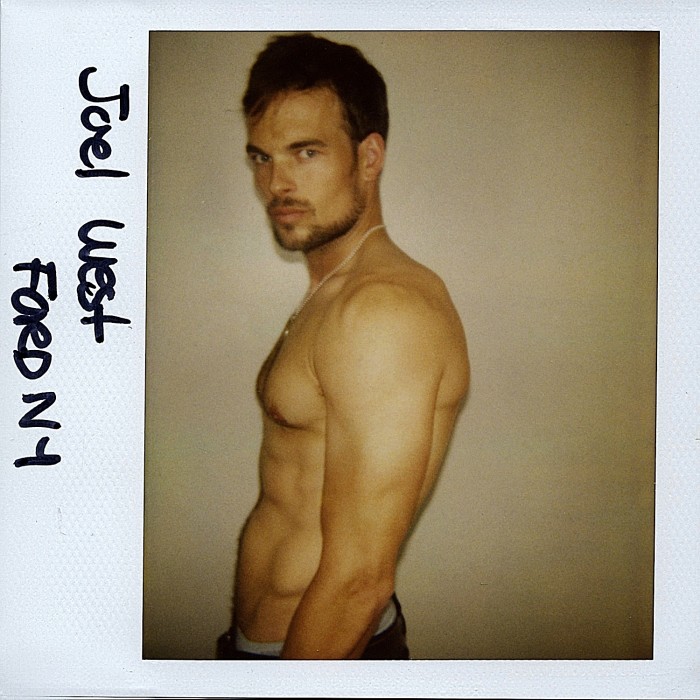 With his iconic Calvin ads, editorial work with fashion’s legends and ongoing success, Joel West is among the most prolific male models of all time. His signature look and commitment to professionalism have made him a star in the world of fashion, but the enterprising Mr. West is also an accomplished actor, photographer and father of two. MDC sits down with the face behind all that memorable imagery, to find out more about his life, his career and his passions.

MDC: We know you from the iconic ads, but when did you start modeling?

JOEL: I guess I started when I was 17 and I was discovered in the Mall of America by a local photographer. I had just gotten started with preparing for college and they gave me an offer to go to Paris and I thought “When is a guy like me going to get to go to Paris” so that is what I did. It has been an interesting journey and it is fun to be back in the mix.

MDC: How long have you been acting as well?
JOEL: I started acting a few years after I started modeling, so about fourteen years. I’ve been modeling about half my life.

MDC: You’ve had some really incredible modeling moments – I remember your iconic Calvin ads. What are some of your personal favorites?
JOEL: One of my favorite moments that always comes to mind, is when I walked the Versace show in Milan and Naomi Campbell was opening the show as the big special guest. It was a mens’ show so they had her like a “ring girl” carrying a sign down the runway. We met in the middle on the runway and she said “Here, you take this, I’m sick of holding it.” I was like “I don’t think I’m supposed to have this sign” but you know, Naomi told me to, so I took the sign. I was like “Really? You have to walk down one time and you can’t hold this sign?” At least she didn’t throw it at me, right? 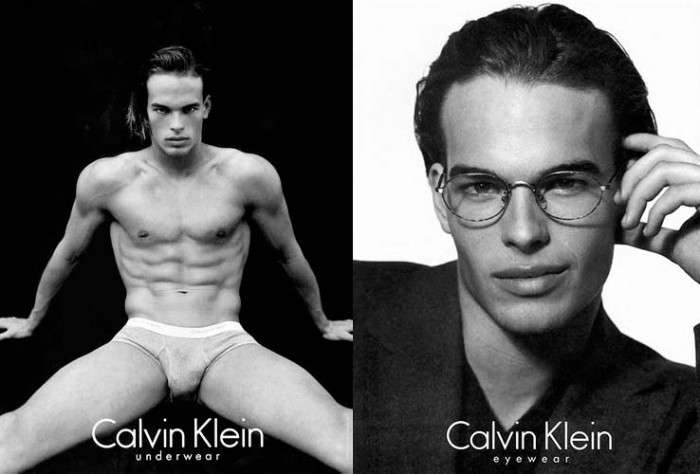 MDC: Since you act, and you have to throw yourself into roles – do you find that modeling gives you the same thing?
JOEL: What’s cool about modeling is that I love it now more than I ever have. I think it is because of acting and what you don’t get to do as an actor; acting is based so much in reality, whereas modeling is based in fantasy so it is really fun to take some acting exercises into modeling and create this fantasy world. As opposed to moving pictures- it’s just all the work thrown into this one frame- it’s really cool. I enjoy it and I’m a photographer as well so I appreciate it from that side.

MDC: Oh really, what kind of pictures do you take?
Joel: I started with landscape photos but I’ve been doing a lot of portraits. I haven’t quite entered fashion; maybe someday.

Joel shares his advice to up and coming models.

MDC: With your acting career are there any particular roles that you aspire towards?

Joel: Well, I sort of see myself having a fairly diverse career. I just shot a short with my wife that we produced, it’s a comedy so that’s fun. I don’t see myself getting cast in comedic roles often, but I love it and I’ve done it in theater. I see myself taking on darker roles, possibly in science fiction. I like the interesting characters, someone with a dark history. I’m a pretty normal guy, I have two kids, a wife; it is kind of fun to live in the fantasy of the modeling world and walk a mile in other people’s shoes as an actor. That’s why I like both of these things, I think that they’re very similar. 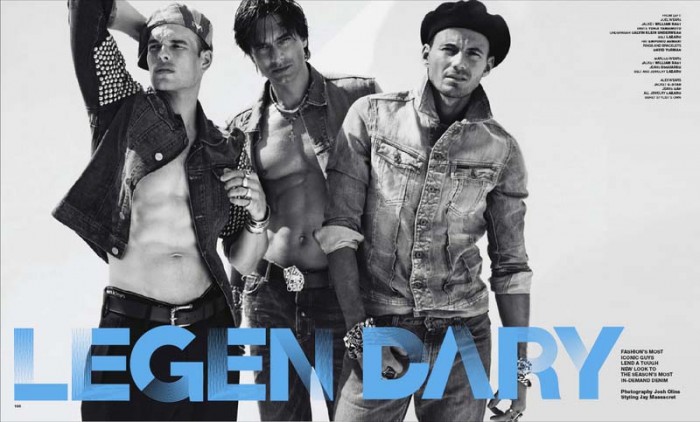 MDC: Have you done anything recently that you’ve just really enjoyed and had fun with?

Joel: I had a good time with the V Man shoot that we did, the clothes were fantastic. It had been a while since I’d been surrounded by clothes from every designer. I was trying all these things on, saying “Wow, this is fun”. Working with Josh Olins was great, Jay (Jay Massacret) from VMan is awesome. So that was a blast and my buddy Marcus (Marcus Schenkenberg) was at the shoot as well. It was a good time. I did a Marlboro thing recently which looked really cool. I hope to be busier in the future. I kind of take it as, I’ve been out of the business for so long it’s kind of like I need to start from square one. Start shooting, building up the book again and seeing people.

MDC: You’ve worked with all the greats, some of whom have actually passed away. Is there one defining moment when you worked with Herb Ritts or Richard Avedon, that stands out to you?

Joel: I just remember sitting down and talking to Richard Avedon at lunch and just being impressed by what a visionary artist he was. I’ve never been in more pain when I shot with Avedon, the positions he puts you in for such a long period of time and it’s so specific. It was interesting and I’m glad that I had that experience. Herb was just a really sweet guy to me, you know we just came in and everything was set up and we shot. I don’t think it was for like any big special campaign, but working with him was wonderful.

MDC: Do you keep all of your stuff for your kids?

Joel: I try to, I try to keep everything. I have like ten portfolios and pictures. I definitely don’t have everything. I think someday they might be interested in it or they’ll probably just think it’s stupid. “Why did you keep all these pictures of yourself?” 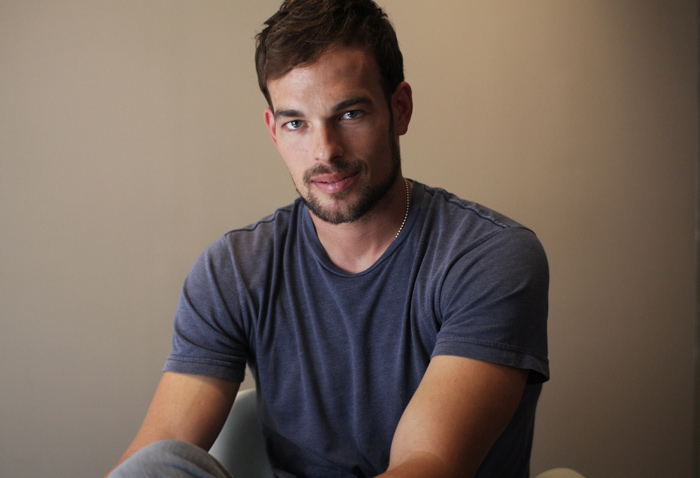 Joel West by Betty for models.com. Special thanks to Sam at Ford.