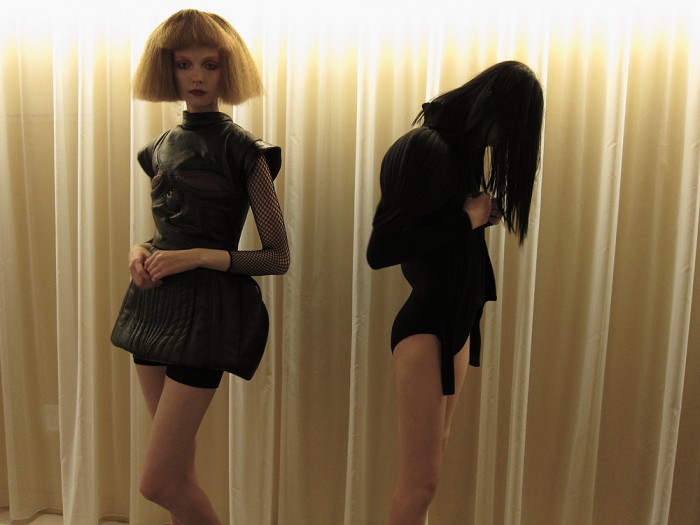 Kristy Kaurova and Liu Wen (not each other’s twin). (All images Betty for models.com)

VMan and Copenhagen Fashion week turned out a spectacular fashion show Tuesday night at Good Units@ the Hudson Hotel, celebrating the magazine’s A Scandinavian Summer. The “surprise” show styled by Jay Massacret was a fabulous introduction by VMan of some of Scandinavia’s rising young designer stars, including Henrik Vibskov and Camilla Staerk. What made the evening extra delightful were some of our favorite faces of today getting ready for the runway. We got a chance to catch up with Crystal Renn about the controversy created by a certain, ahem, Vogue Paris shoot. (What you see in that shoot, by the way, IS real). We chatted with the always amazing Brad Kroenig about his “twin”, Michael Wozniak and how they bookend the VMan covers. Brad, if you need your memory jogged, was on the incredible premier cover of the magazine back in 2003 while Michael’s happy visage is on the cover of the latest issue. Calvin Klein campaign face David Agbodji, himself a talented photographer just shot a beautiful portrait of a very pregnant Teresa Lourenco.

We spoke to casting directorÂ Noah Shelley about the concept of the show. Turns out it was based on experiences at places likeÂ Danceteria (Ed. note: the legendary 80’s club) where fashion shows by icons likeÂ Stephen Sprouse sprang up out of the blue while people partied the night away. The casting of the show, where each model actually “transformed” into another one halfway across the runway was inspired by VMagazine’s celebrated size issue. “Finding the right pairings was the challenge. Georgina Stojiljkovic and Sessilee Lopez have similar strong eyebrows. Siri Tollerod and Kasia from Wilhelmina had similar brows and hair color. Alek Wek and Jeneil Williams are both cover stars. To have the club spectacle, we also felt it was important that it couldn’t just be runway models which resulted in faces like Byrdie Bell, Ladyfag, Michael M (a bodybuilder). We had to find people who could make the transformation on the runway dynamic but still have them be similar in some way visually.” Shelley’s creativity made this definitely one of my favorite castings in recent memory. 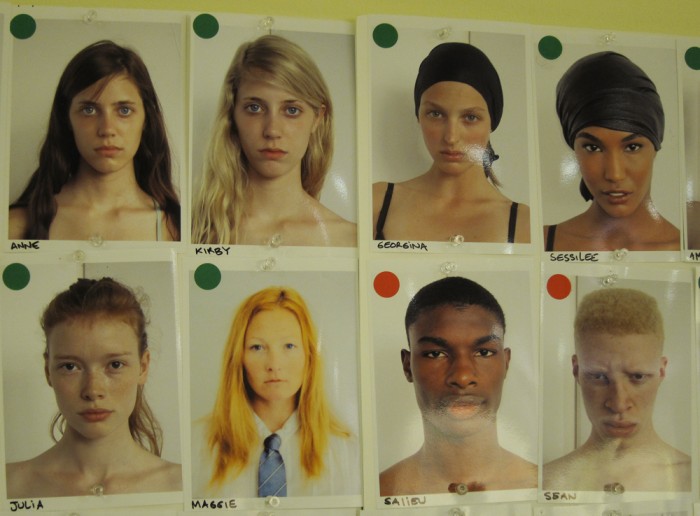 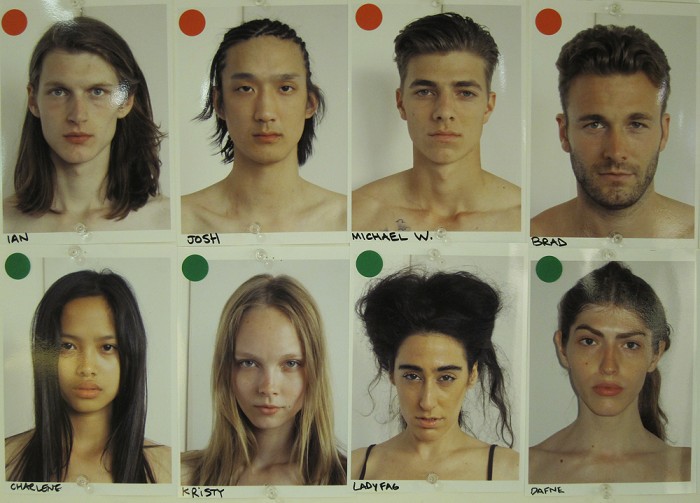 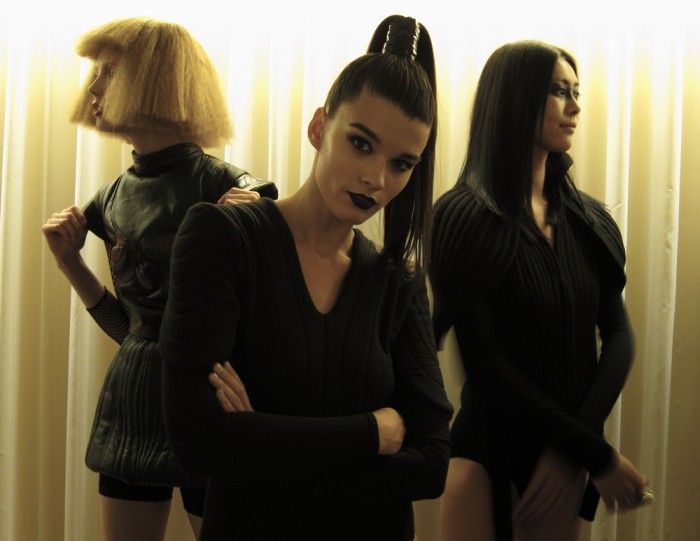 As for the party itself, everyone’s favorite photographer JD Ferguson was in town to capture friends like VMan founder Stephen Gan, Cecilia Dean, Francisco Costa, Ellen Von Unwerth, James Kaliardos, Nicola Formichetti, Anja Rubik and Sasha Knezevic, Mathias Lauridsen and more. Below are just a few of our shots but for the whole party, check out all his awesome pics of the action only at VMan.com. 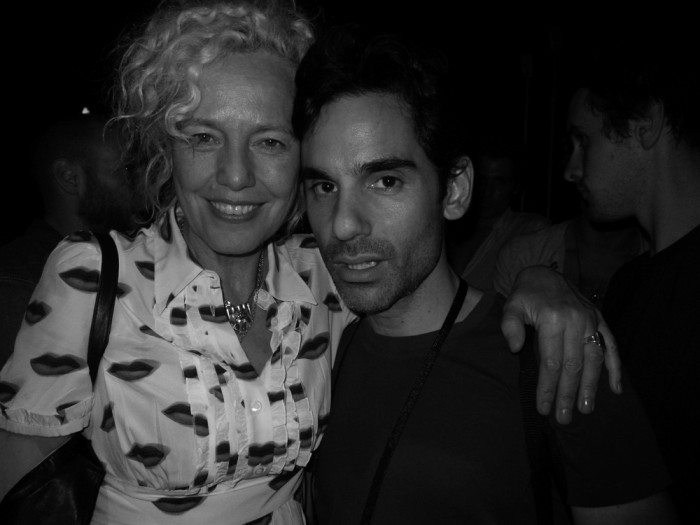 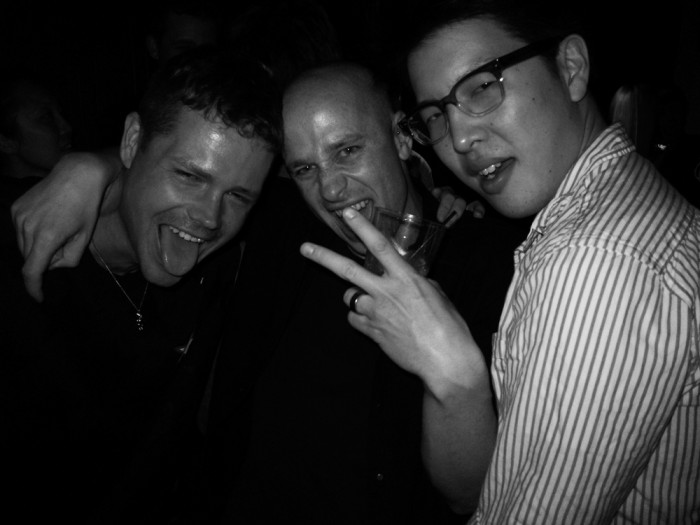 Edward and Tom Van Dorpe/Jeremy and Ryan from V represent… 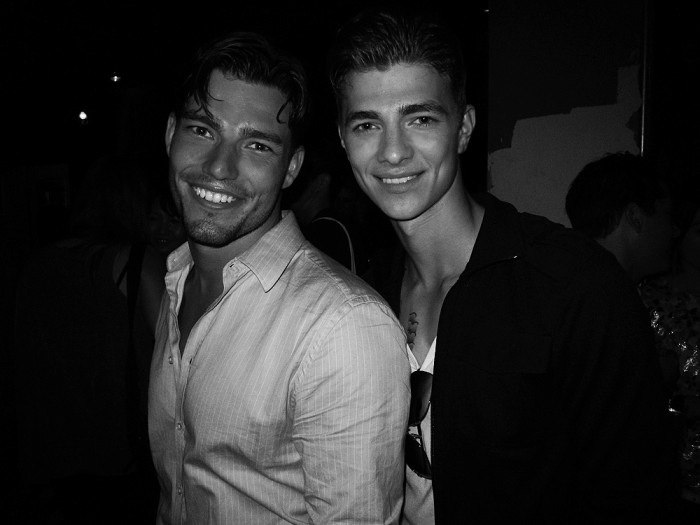 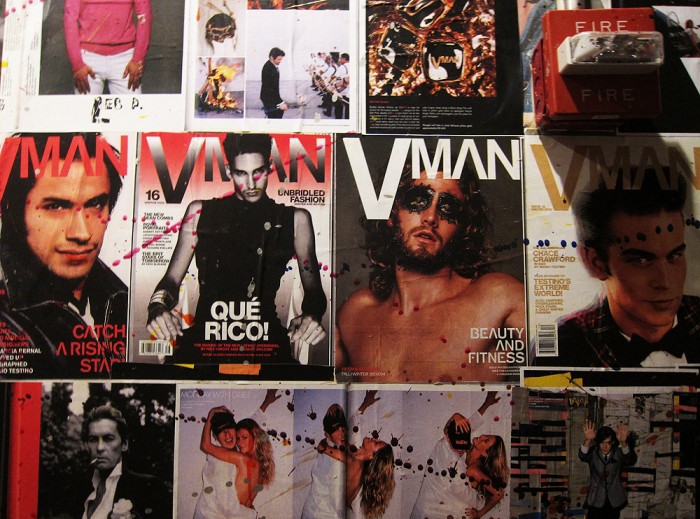 The Great Wall. As you left the party, you walked down a hallway covered with VMan’s most striking images of the last 7 years, so reminiscent of those exhilarating days at those clubs long gone. Brad’s memorable cover with the mask, is shot by Inez and Vinoodh.

The Artist Speaks
NEXT