See All the Models From Our Biannual Confirmed Series
The start of Fall/Winter fashion week means it’s time for Models.com’s Confirmed series. The giant go-see is the one-stop for the faces that are going to define this season’s runways. Veteran models and rookies alike, check out who walked through our door!

Cara Delevingne Takes Action on Climate Crisis
The model and actor’s climate change campaign EcoResolution got a makeover amidst global concern on the climate crisis. Delevingne proposes individuals to make a resolution to fight against climate change. Now, using hashtag #MyEcoResolution, the likes of Kim Kardashian, Jack Black, Karlie Kloss and more have just joined her ranks pledging an EcoResolution.

FYI: Here is the New York Fashion Week Schedule
The first leg of the Fall/Winter 2020 fashion weeks kicked off today in New York. There are some noticeable absences like Tom Ford and Jeremy Scott, but still much to look forward to. See the full show calendar below: 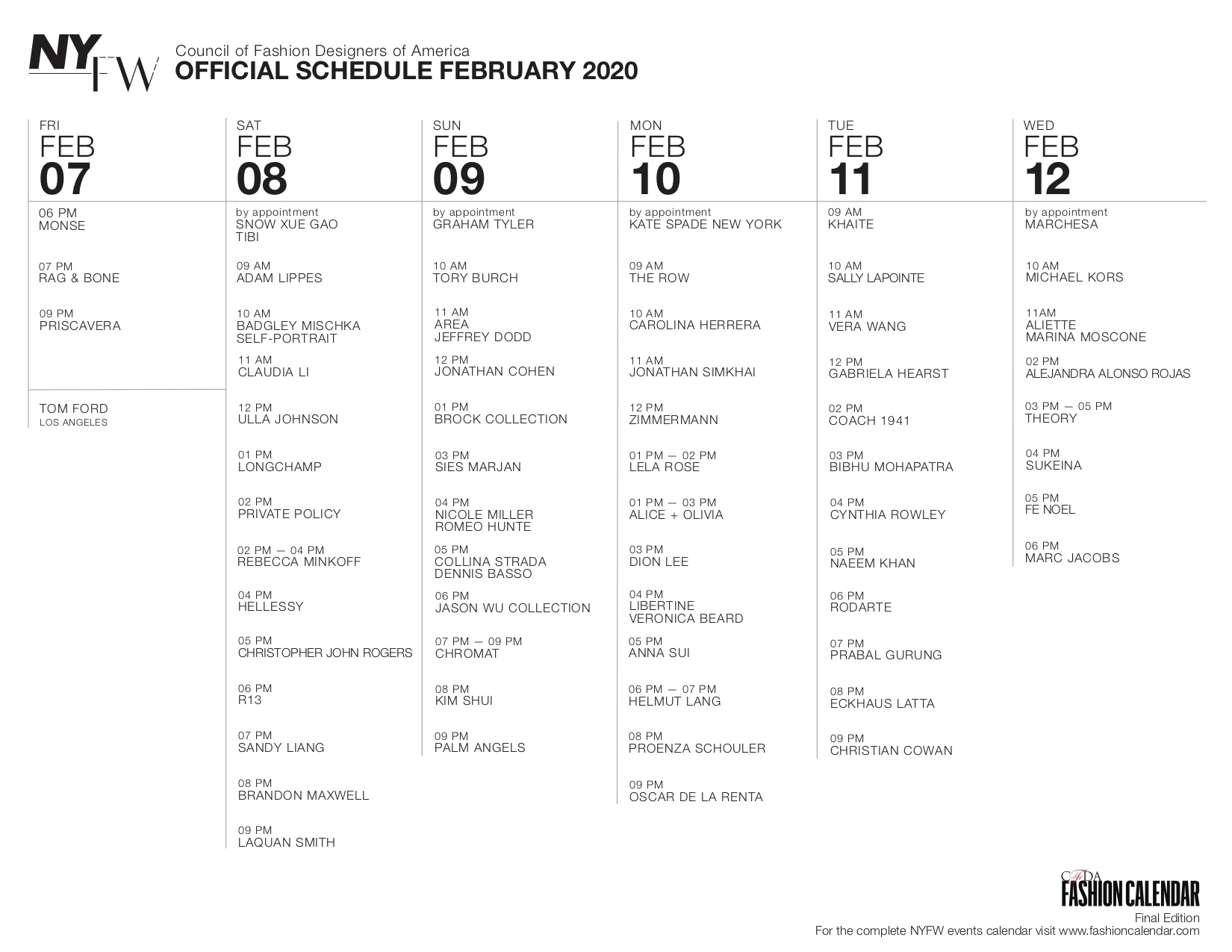 Emilio Pucci Will Bring On Koché’s Christelle Kocher
Following the lead of Moncler, Emilio Pucci will start working with guest designers announcing Christelle Kocher of Koché as the first designer on board. The Florentine brand’s Fall/Winter 2020 collection will show during Milan Fashion Week on February 20th, reinterpreting its staple paisley print mashed up with Kocher’s distinctive sporty streetwise sensibility. Desperate to switch up the formula after a long list of revolving artistic directors like Christian Lacroix, Matthew Williamson, and Peter Dundas, Pucci tells WWD it will be opening “its fabulous archives to ‘creative voices,’ entrusting them to deliver innovative interpretations of Pucci’s heritage prints, lifestyle, and collections.”

Former Victoria’s Secret Head Executive Ed Razek Allegedly Made Unwanted Sexual Advances
Saturday the New York Times reported that L Brands’ Victoria’s Secret has repeatedly been under fire for the ‘culture of misogyny, bullying, and harassment’ that top execs Les Wexner and Ed Razek perpetuated. The Times reported Razek has been the subject of repeated complaints at the company by former models and employees, apparently making lewd comments to Bella Hadid about her anatomy and to “forget the panties”, during a fitting for the last Victoria’s Secret Fashion Show in 2018. On the same day reports The Times, Razek allegedly touched the crotch of another model, according to three people who reported Razek’s behavior directly to Wexner. Razek who stepped down from L Brands in October 2019, has denied all allegations. [New York Times]

Gucci’s Cruise Collection to be Shown in San Francisco
Alessandro Michele chose the city of San Francisco to backdrop Gucci‘s cruise collection, WWD reported. The show is to take place on May 18 and an exact venue is yet to be announced. A statement from the designer described San Francisco as a place “where antidotes to discrimination have been cultivated sowing the seeds for freedom of self-expression for many.” [WWD]

Prada Reaches Settlement After 2019 Blackface Scandal
After avoidable PR nightmares last year for brands like Dior, Gucci, and Prada the New York Times reports the New York City Commission on Human Rights has reached a settlement with the latter Milanese brand after they attempted to sell a $550 monkey figurine with red lips that evoked images of Sambo, a racist caricature used to dehumanize black people. The brand must require all of its New York employees and Milan executives, including Miuccia Prada to complete racial equity training. This is after civil rights attorney Chinyere Ezie filed a complaint with the NYCCHR after seeing the ‘Pradamalia’ merchandise in the brand’s Soho store. [New York Times]

Olivier Theyskens to head French label Azzaro
News came out this week that French legacy house Azzaro Paris has named Belgian designer Olivier Theyskens artistic director. WWD reports Theyskens succeeds a number of designers who have tried to revive the brand since its founder Loris Azzaro passed away in 2003 including Vanessa Seward, Mathilde Castello Branco, and most recently Maxime Simoëns, who spearheaded the house’s design for two years, starting in 2017. The designer will unveil his ambitious first collection for the house combining women’s and men’s ready-to-wear with couture in July 2020 during the couture shows. Victor Glemaud Looked to “Dynasty” for his First Show