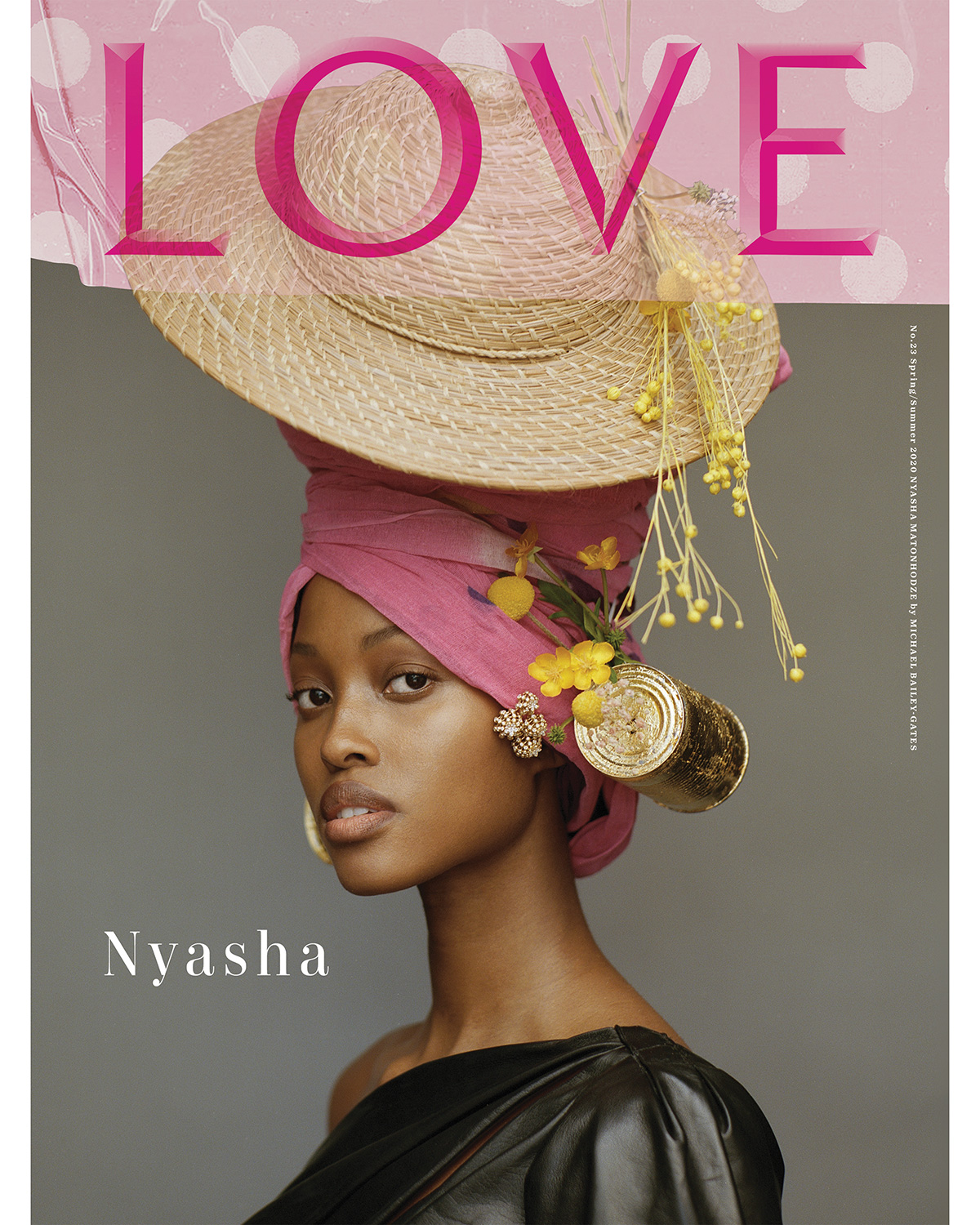 With news that Love Magazine is adding a men’s focused co-editor-in-chief alongside Katie Grand, it means the resident-in-chief can focus herself on the meat of the magazine––that is fuller fashion. Issue number 23 just came out and for Models.com, Grand footnotes a selection from its latest, specifically the Nyasha Matonhodze cover story by Michael Bailey Gates and Ib Kamara. For the two creatives, it marks their first cover for the magazine.

“I’d spoken a great deal in the pre-production phase of this issue to Fabien Baron,” Grand said, continuing, “His book had just come out and he had given a brilliant interview to WWD about how fashion magazines had forgotten about fashion. ‘Magazines have lost their point of view,’ he said. ‘They should have stuck with fashion. They should have made that the real core.’ So when it came to commissioning, I had been thinking a lot about ‘fashion’ and what that meant in today’s world.”

The question’s answer revealed itself with the pairing of Gates and Kamara, both who Grand considers to exemplify the zeitgeist of the time. “It seems to be riding high on a genuinely punk ethos at the moment: anyone can pick up a camera and have a go at being a photographer, while the stylists who are rapidly rising to the top, such as Ibrahim Kamara, have an anarchic disregard for luxury’s old hierarchies and think nothing of mixing a bit of twig and a carrier bag with a Mary Katrantzou gown. You can see this in Ibrahim’s extravagant shoot with Michael Bailey Gates, ‘The Chic’, which is imbued with a contemporary take on the decadent sensibility of The Beautiful and Damned,” tells Grand. The rest is first-time cover history. 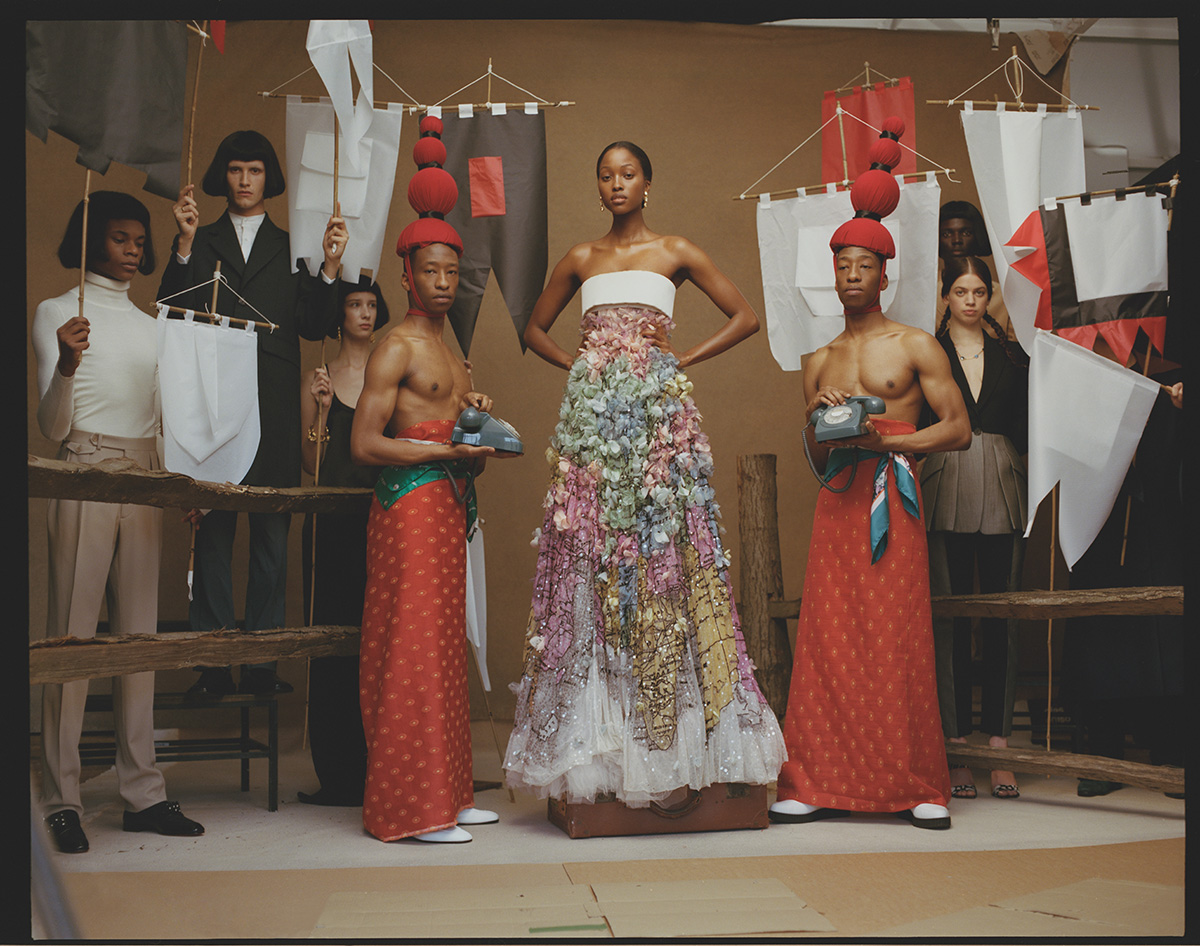 Nyasha wears one shoulder leather dress with asymmetrical neckline and jewel buttons by ERMANO SCERVINO; Cactus de Cartier earrings in 18k yellow gold with diamonds by CARTIER worn on headscarf and Straw hat made in Sierra Leone by Labrum and headscarf with cans made by IB KAMARA Studios Jeremy Scott will show in Paris, Gigi Hadid joins LVMH Prize panel and more of the news you missed
NEXT NYFW begins, Gucci headed to San Fransisco and more of the news you missed