Fish stew, curries on curries, trash can frittatas, hakurei turnips, hispi cabbage, “lovely hot buttery” grits; these sound more like the sleep-talk of a starved, overworked sous-chef than the everyday Instagram caption vocabulary of a veteran makeup artist (especially one with enough Vogue covers to erect a rather massive dinner table). No, Dick Page is, in fact, no beauty influencer per se, though, his career which spans three decades worth of fashion iterations from The Face and Moss and Edward Enninful at i-D to The (relaunched) Face and Moss and Enninful helming British Vogue, gives him a certain carte blanche in terms of weighing the influence of his career. What does he do with that kind of sheer professional power? You could, for example, post at once a humble loaf of bread and then in the next instant an image of Gigi Hadid’s head––without flinching. Page, or @dickpageface, does so, nimbly and deliciously. His posts of his lovingly prepared plates are credentials of gourmandship on his feed followed by his industry peers and collaborators like Inez and Vinoodh, Jimmy Paul, Edward Enninful and 60k others, including Drew Barrymore. Recipes for, say, a pan fried salted salmon or a crispy fried cod take the place of the common beauty tutorial and carry with them the same satisfaction as binging the food channels. It is simply a good one to follow, just like his own culinary sentiment: “I don’t know what got me started, other than just enjoying my food!” Read what else Page told Models.com below. 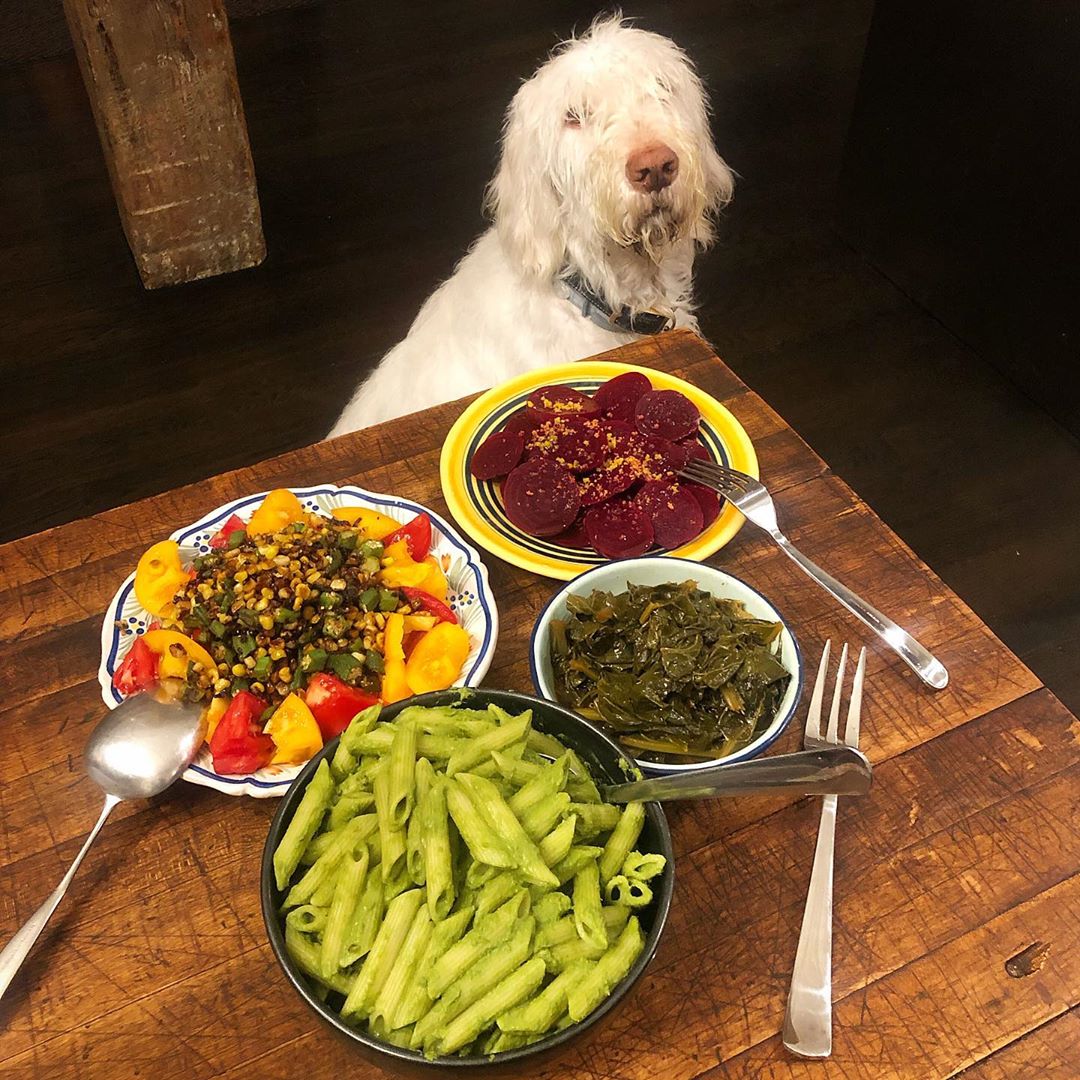 Would you say you have a signature style?
My only signature, I think/hope, is that the food looks appealing and inviting, not too fancy or abstract.

Has your Instagram following added any pressure to culinary success in your kitchen—knowing the meal has to look great?
Nope! It’s what it is. I sometimes push the food around on the plate to look prettier, or add a bit of colourful something if it’s drab, but we’re about to eat and I don’t want it to get cold so I’ve got to be quick!

Do you feel fortunate to not have developed your early career as a makeup artist in front of a social media audience?
That’s quite a loaded question, but I’ve no way of knowing what could be different. I’ve been doing makeup for over thirty years and social media is both a blessing and a curse, but I suppose I’m glad that the whole fashion arena was smaller when I began. There was an understanding that visuals had value, that it was worth waiting for a magazine to be published and seeing work in print instead of on a wee screen as we do now, although I can’t imagine that anyone really saw that coming!

A few of your favorite places to eat? Favorite people to eat with?
I love to eat with my husband James, and with family and friends. I cook when we’re at home most nights, so eating out is usually a holiday treat or when we’re abroad for any reason. In New York I like Xi’an Famous Foods for the occasional lunch. Meet the Model Pushing for Size Inclusivity
NEXT