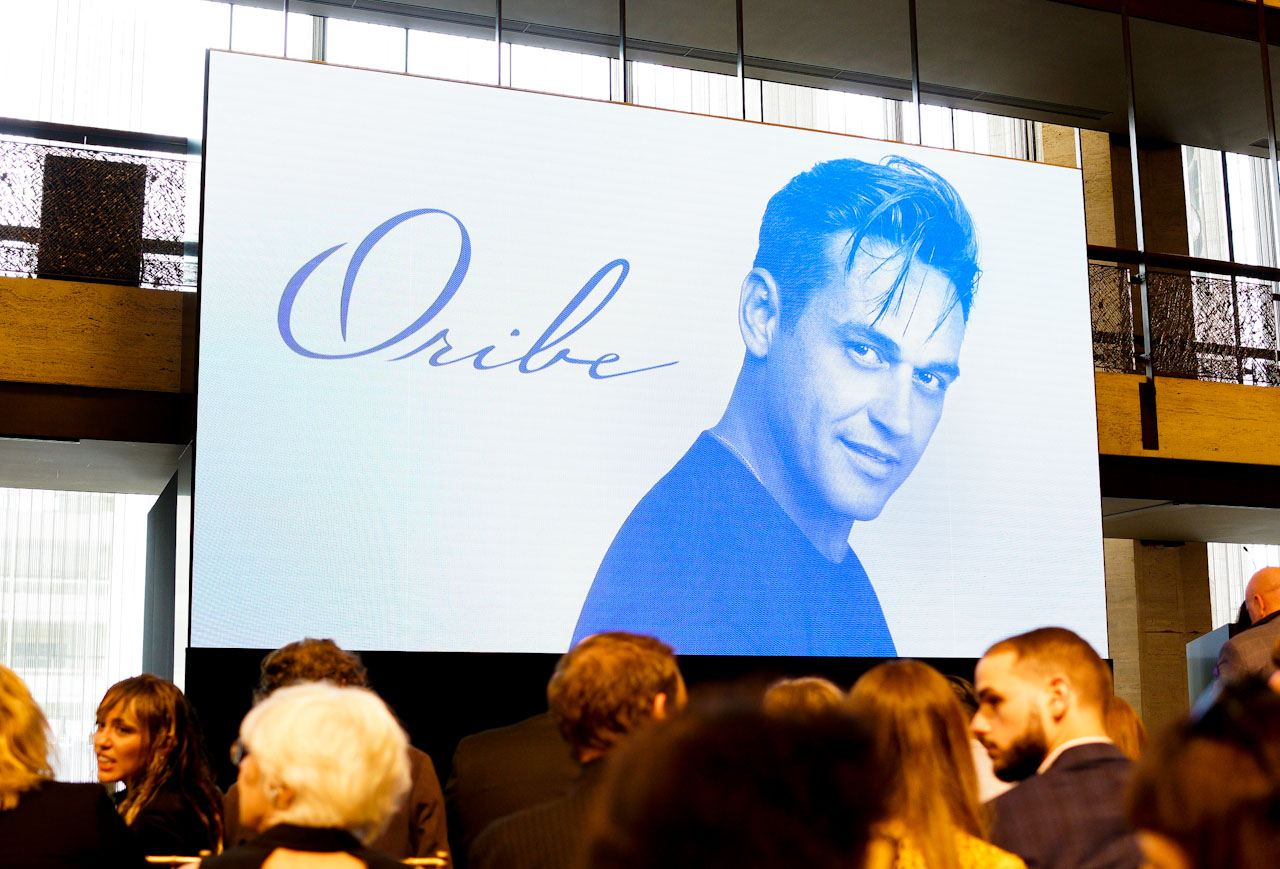 Article and all event images by Betty Sze for Models.com

“Yes, he was a master stylist and a creative visionary; he could make your hair look beautiful but he also made you FEEL beautiful, special and important. That was his other great gift.”
Judy Erickson

On a warm afternoon September 10th, there was a palpable energy in the enormous room at Lincoln Center where around 400 people gathered for a very special occasion. The first weeks in September begin the month-long frenzy that are the ready-to-wear shows, with New York kicking off the season, but on Tuesday, many of the fashion industry’s biggest names in the field dropped what they normally would be doing and gathered in the promenade of the David H. Koch Theater at Lincoln Center to celebrate the life of the legendary hairstylist Oribe Canales, known as Oribe (pronounced OR-bay). 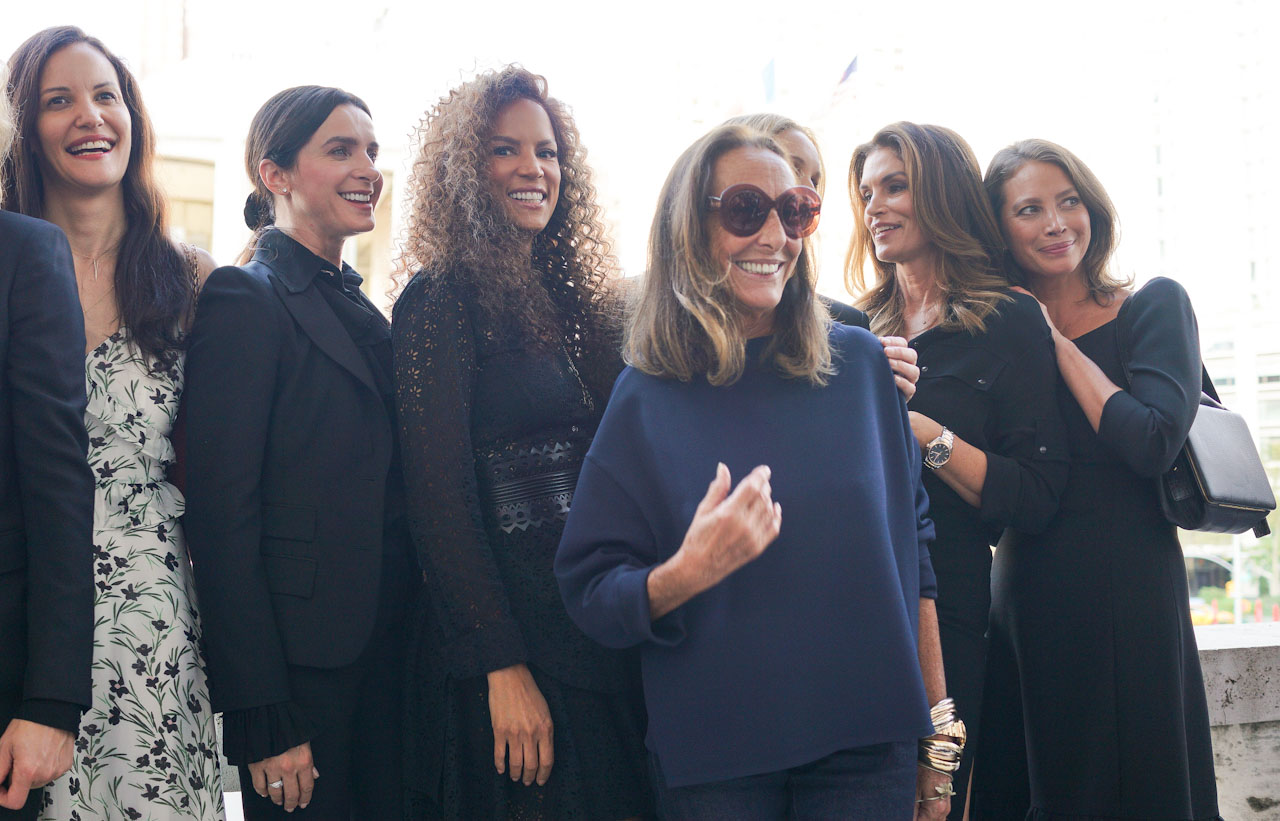 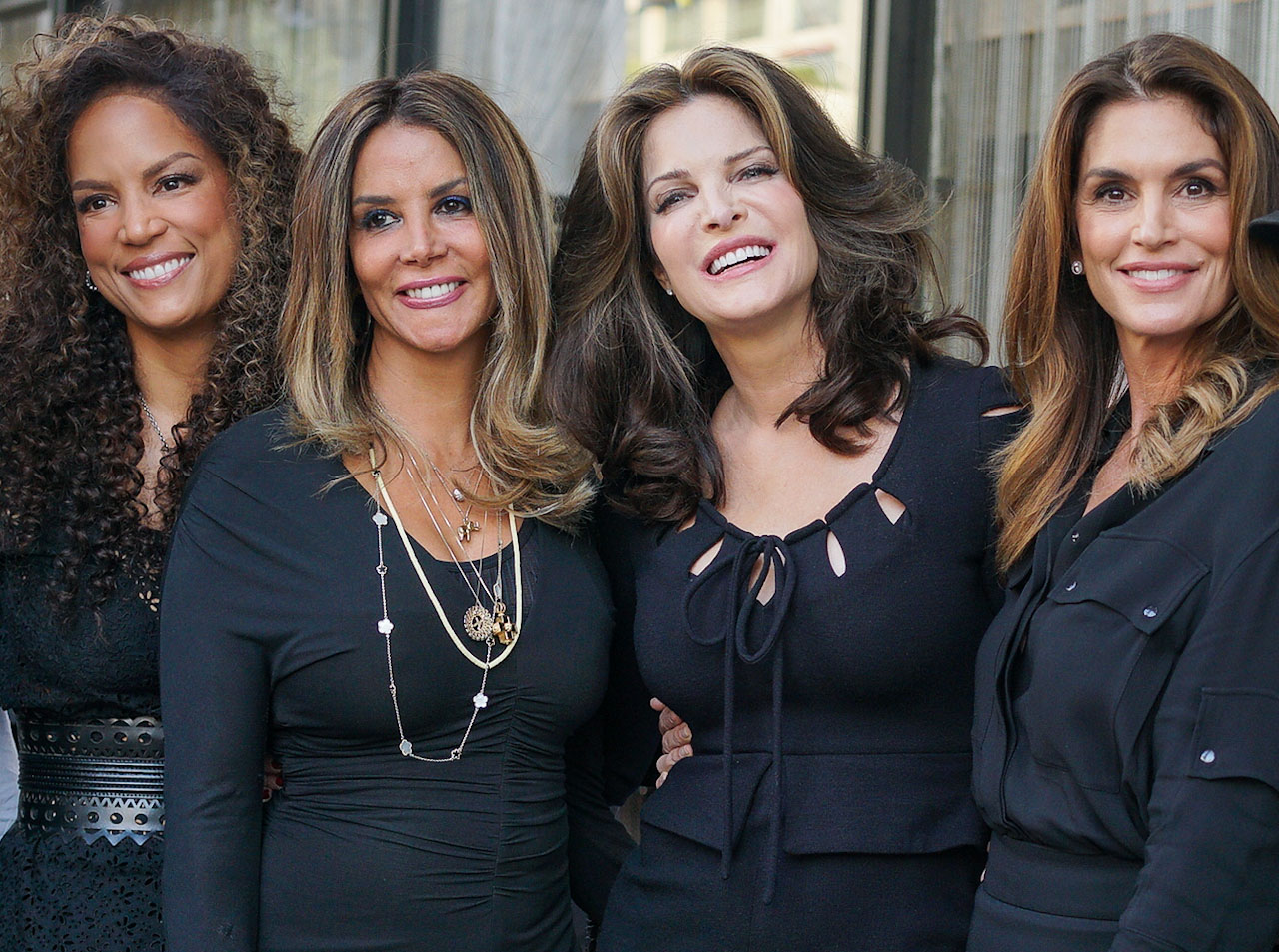 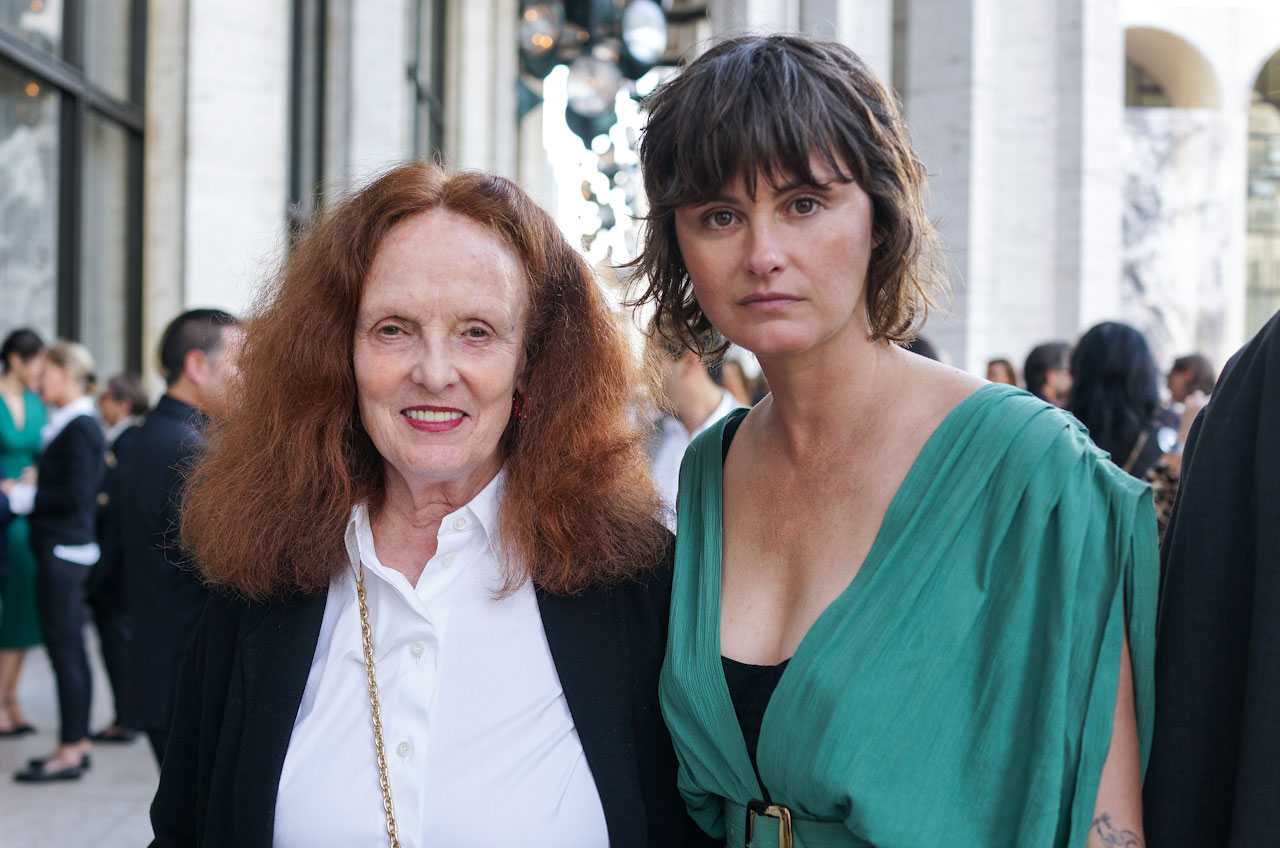 Many of the original supermodels who Oribe worked with from the ’80s were there – from Cindy Crawford, Christy Turlington, Kara Young, Stephanie Seymour and Veronica Webb to the later era top 90’s/00’s models like Amber Valetta, Beri Smither, Claudia Mason, Doutzen Kroes, Liya Kebede, Michelle Hicks, Susan Holmes and Trish Goff. The audience was welcomed by Veronica who kicked off the memorial with a loving tribute to him, describing him as a “hair god” and was the first of the presenters who shared stories of his incredible charisma, puckish sense of humor, extreme generosity of spirit and of course his unparalleled magical touch with hair. Immediately following was a beautiful and moving film directed by Natane Boudreau on the Cuban-born Oribe’s extraordinary life and legacy. This film “narrated by 7 of Oribe’s original team telling his story from the early Parachute Days in the 80’s until 2018” demonstrated his “love for women and how the gift of his artistry changed their image, their persona and how he celebrated and honored a woman’s innate glamour, sexiness, beauty, and power.” 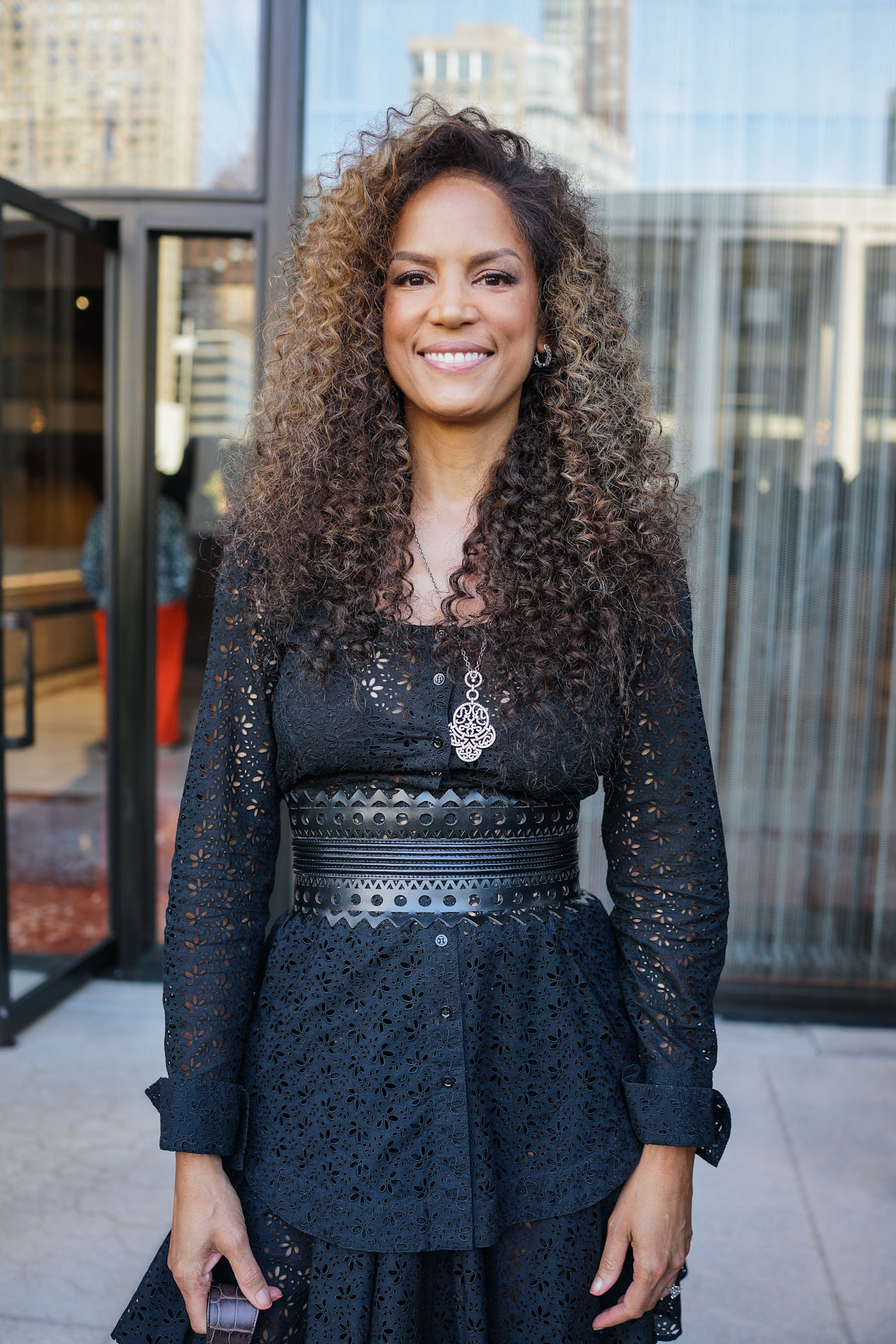 The film showcased personal pics from his early days growing up in North Carolina to his journey to Buffalo where he met top hair icon Garren -who launched Oribe’s career- to his eventual meteoric rise in New York as he became the most in demand hairstylist of the ’90s, all interspersed with photographs and videos of his top fashion and celebrity work. As the images flashed across the huge screen, it felt like a time capsule of some of the most memorable pop culture moments from the past 30 years. Oribe’s iconic work with the legendary Steven Meisel and Francois Nars in the late ’80s were responsible for creating the modern era of the “Supermodel” but as he evolved into a celebrity himself, Oribe became one of the most requested hairstylists for other photography giants such as Richard Avedon, Irving Penn, Helmut Newton, Annie Leibovitz, Peter Lindbergh and Herb Ritts, creating iconic campaigns for Versace, Valentino, Dolce e Gabbana and Louis Vuitton, unforgettable covers for American and Italian Vogue and runway shows for Michael Kors, Calvin Klein and Chanel; just a few of the clients in his enormously prolific body of work.

As the emotional film unfolded, and we saw the fashion industry ushering in the era of the celebrities in the late ’90s; Oribe-of course- strode to the front line in that arena as well. His work with Jennifer Lopez helped to catapult her into the superstar “JLo” and they collaborated together consistently until his passing. His work with her and later, with stars such as Miley Cyrus, Rihanna, Scarlett Johansson, Penelope Cruz, and Jennifer Lawrence cemented his status as THE go to “celebrity” hairstylist and he gradually became the most recognized and lauded hair artist in the world. His signature “Oribe hair” (big and beautiful) made women feel glamorous and larger than life but it was his movie-star good looks, his dazzling smile, sunny disposition and wicked sense of humor that made everyone come back again and again.

Other presenters who shared fond and happy memories were Christy Turlington, Garren, Carlyne Cerf du Dudzeele and Oribe’s sister Gracie Canales Cuervo who spoke on behalf of the Canales family. Miley Cyrus (who became close to Oribe in his later years) shared how special he was to her and sang the song Sunshine in memory of her friend. 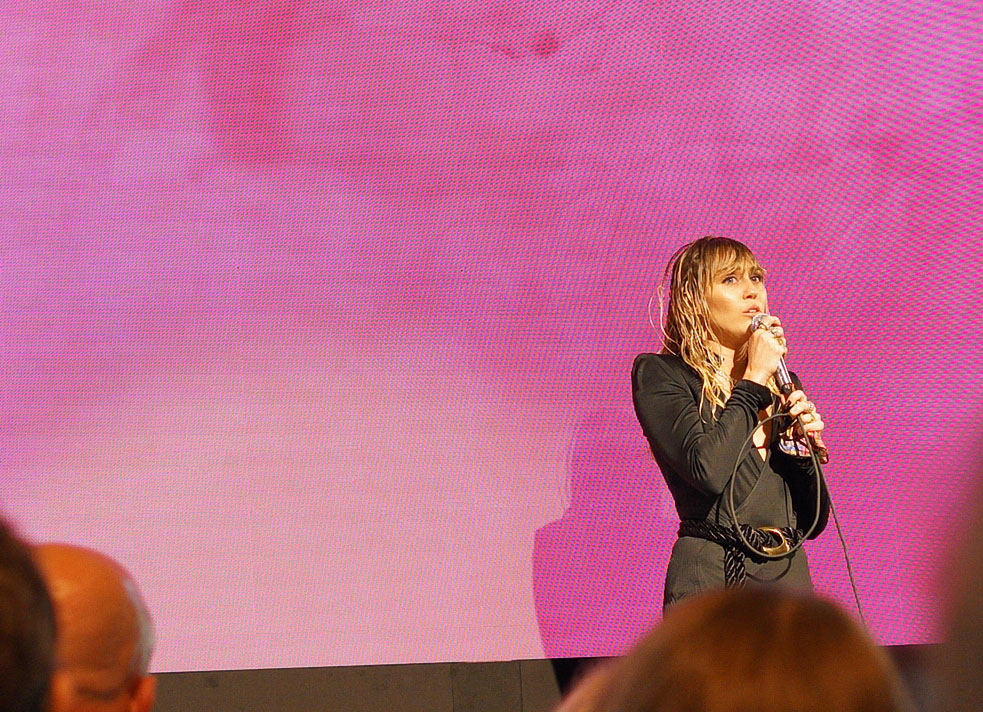 The concept of this huge event celebrating Oribe, who would have celebrated his 63rd birthday today, originated with Naomi Campbell, who met Oribe 33 years ago in 1986 on the set of American Vogue. She unfortunately couldn’t attend but kicked off the special video tributes with a poignant and tearful remembrance of her beloved friend and enlisting Oribe’s longtime assistant, Judy Erickson to bring together the most important people in his life. Judy worked with a team of industry veterans including powerhouse insider Nian Fish and top 90’s model and director, Natane Boudreau, who pulled together the dynamic and bittersweet film. Some of Oribe’s greatest hair masterpieces (including the famous short blonde wig) were created for Naomi, but as the viewers watched Naomi’s video, it was clear that Oribe was so much more than a hairstylist; he became, in her words, “chosen family”.

The other two video tributes, from Marc Jacobs and Jennifer Lopez, also highlighted how Oribe became such an intrinsic, transformational part of their lives with Lopez commenting how she had seen Oribe’s credit in magazines while growing up and he was the only hairstylist she wanted to work with when her career was taking off. Jacobs noted that while Oribe was known for his signature glamorous style of hair, he was not just a trend maker but a trend breaker and helped Jacobs create the look for his revolutionary Perry Ellis grunge collection.

The most moving eulogy may have been given by Judy Erickson, Oribe’s assistant for 25 years, who was with him consistently as he traversed the path from a working hairstylist to Oribe the star. Most people cannot successfully make that transition without changing or losing a bit of themselves especially once they become famous in their field. What was clear from Judy’s speech was that he was exactly the same way with her as he was with the biggest stars on the planet, a true testament to who he was as a human being. Both Miley Cyrus and Judy Erickson made mention of how Oribe’s remarkable talent was creating magic with hair, but that quite possibly his greatest gift to the world and what’s left behind with these hundreds of people was his ability to make anyone he touched, feel they were gorgeous, funny, glamorous, and passionate. Just like he was. His passing left a huge void in the lives of everyone who knew him but sharing stories is how Oribe’s spirit is forever kept alive.

For more images, see below. 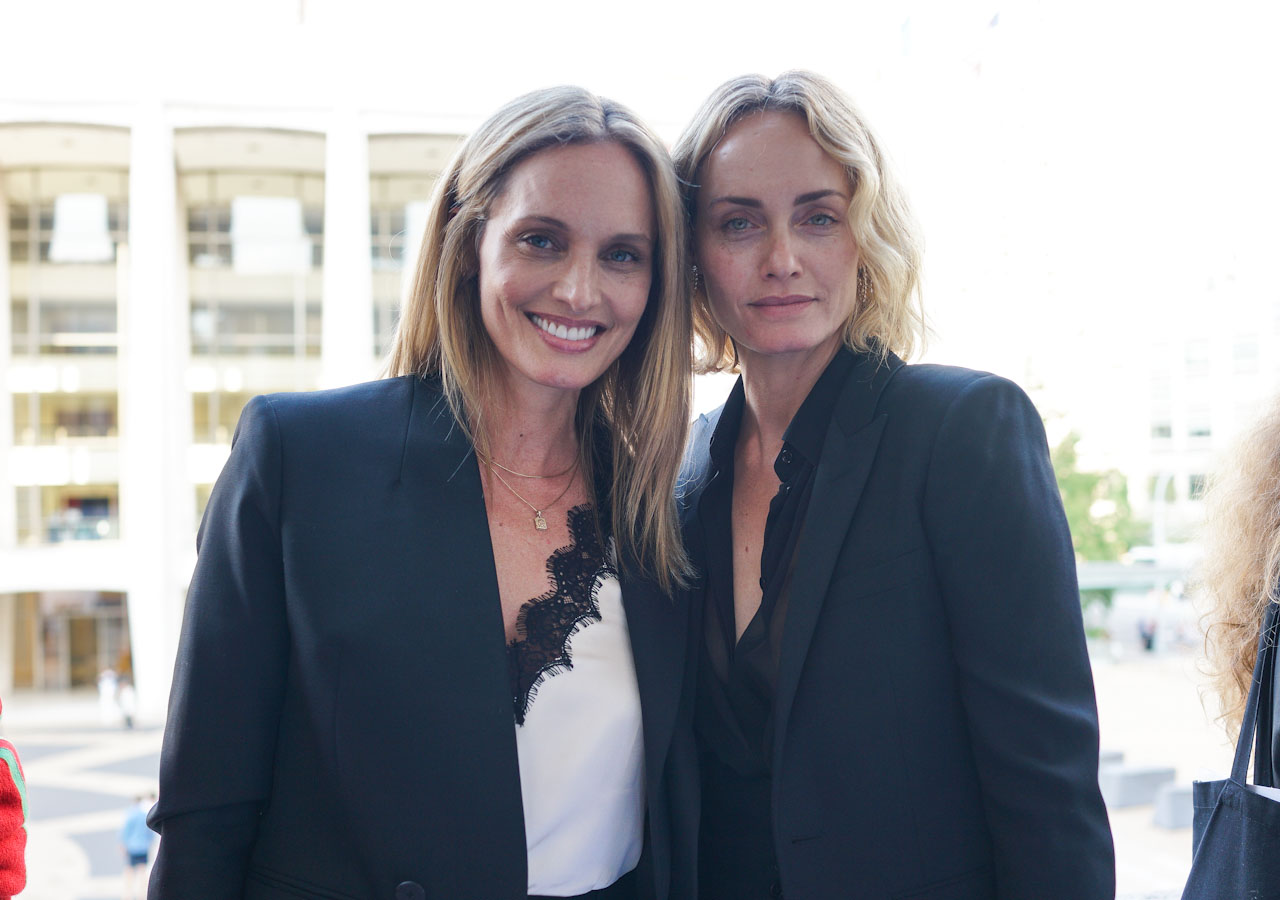 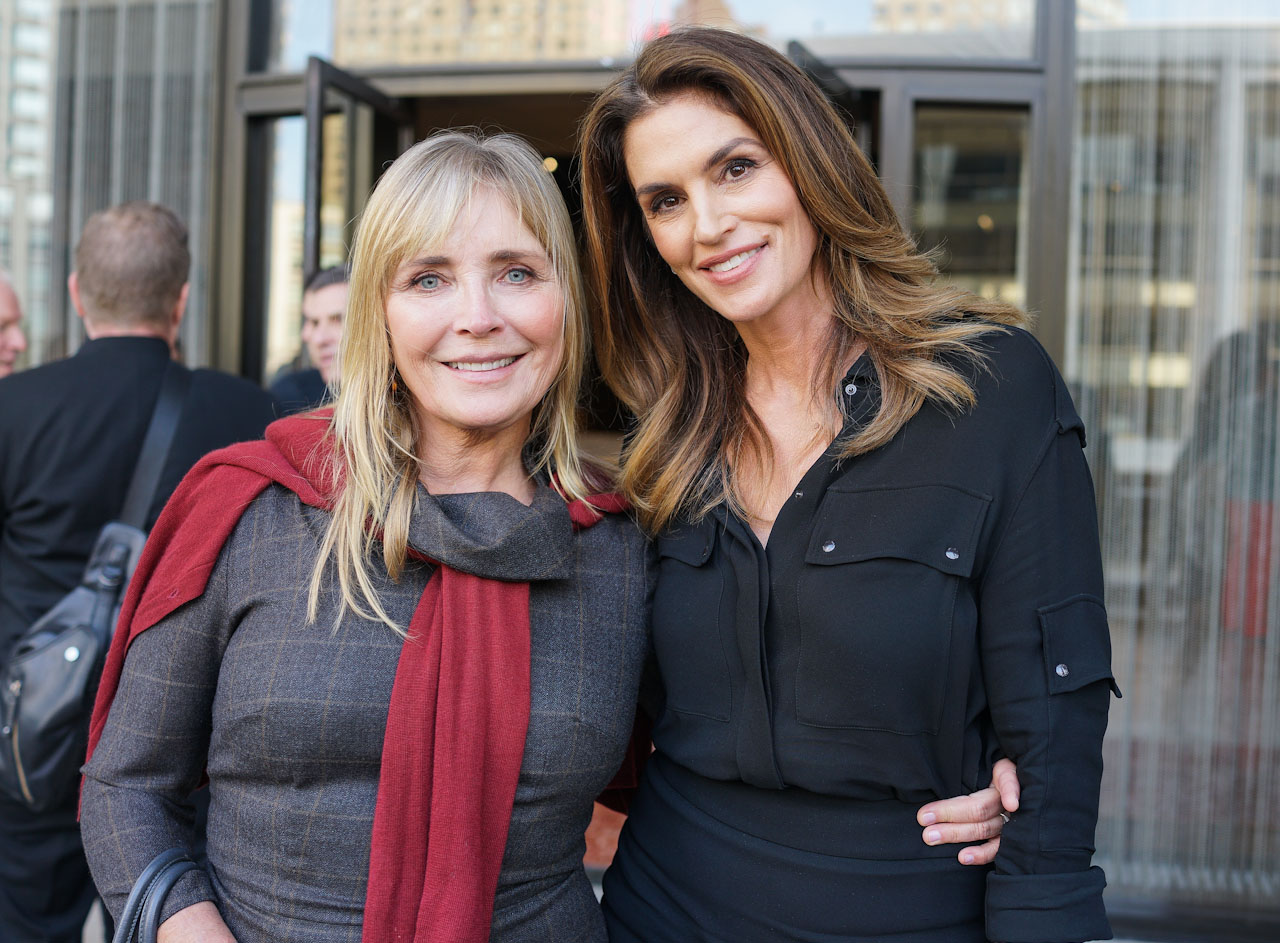 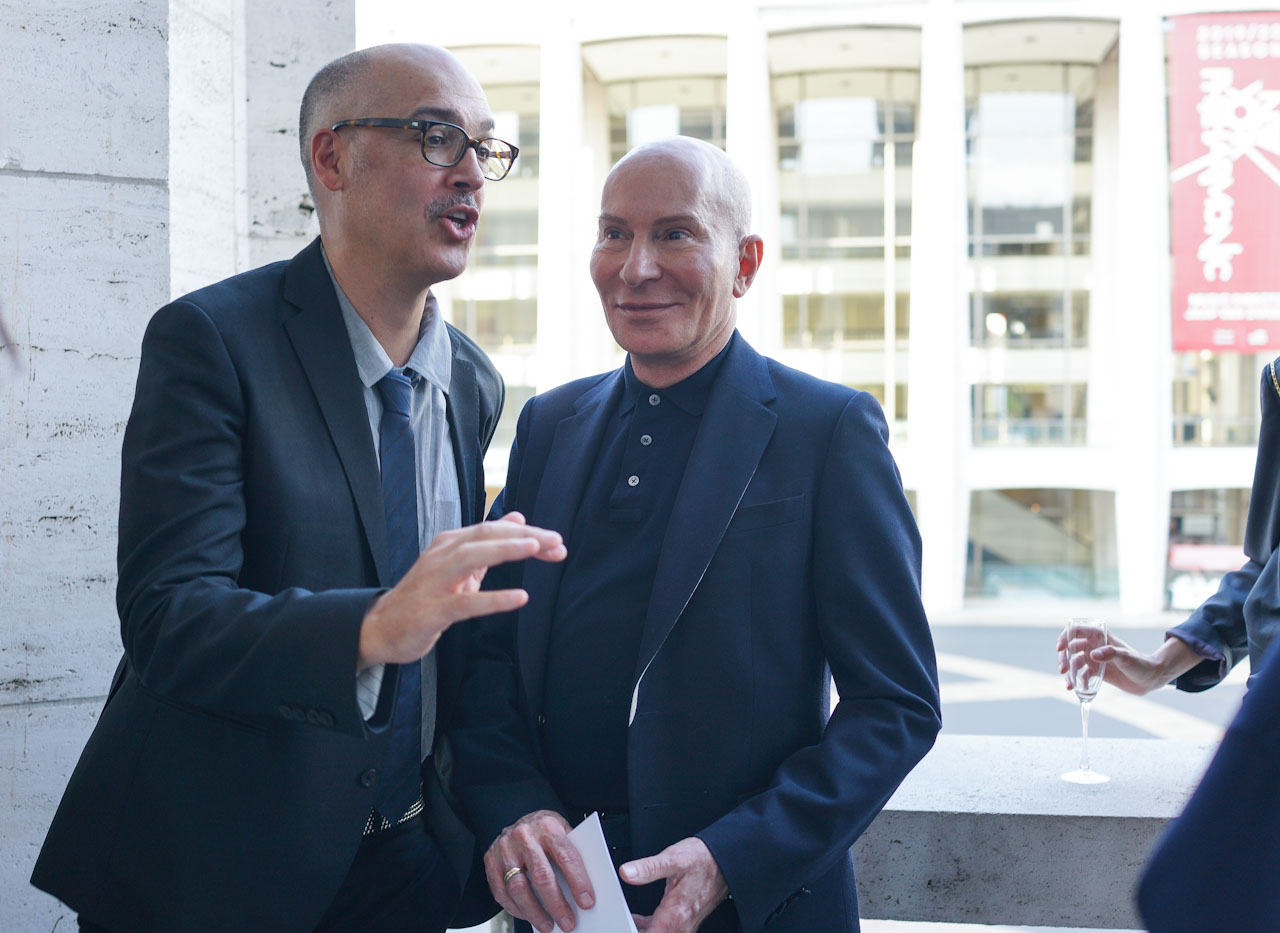 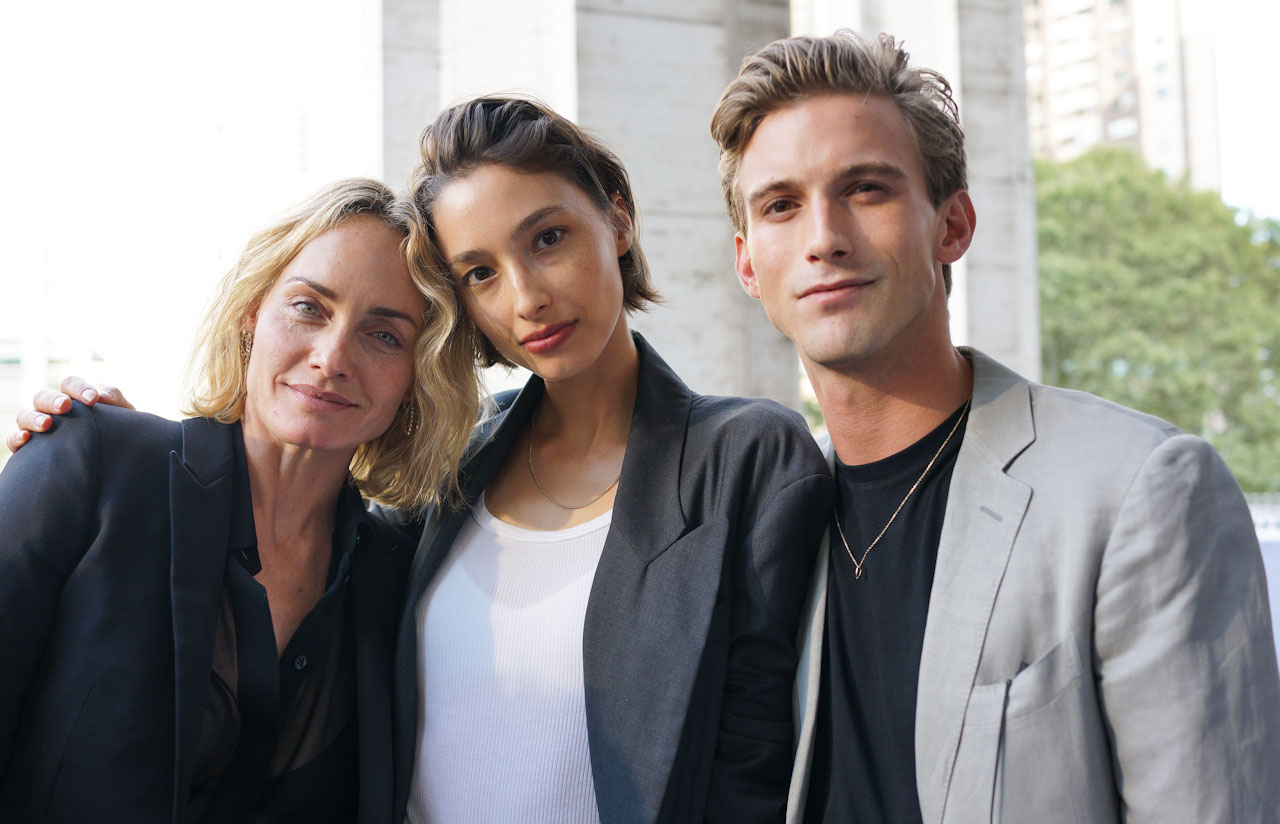 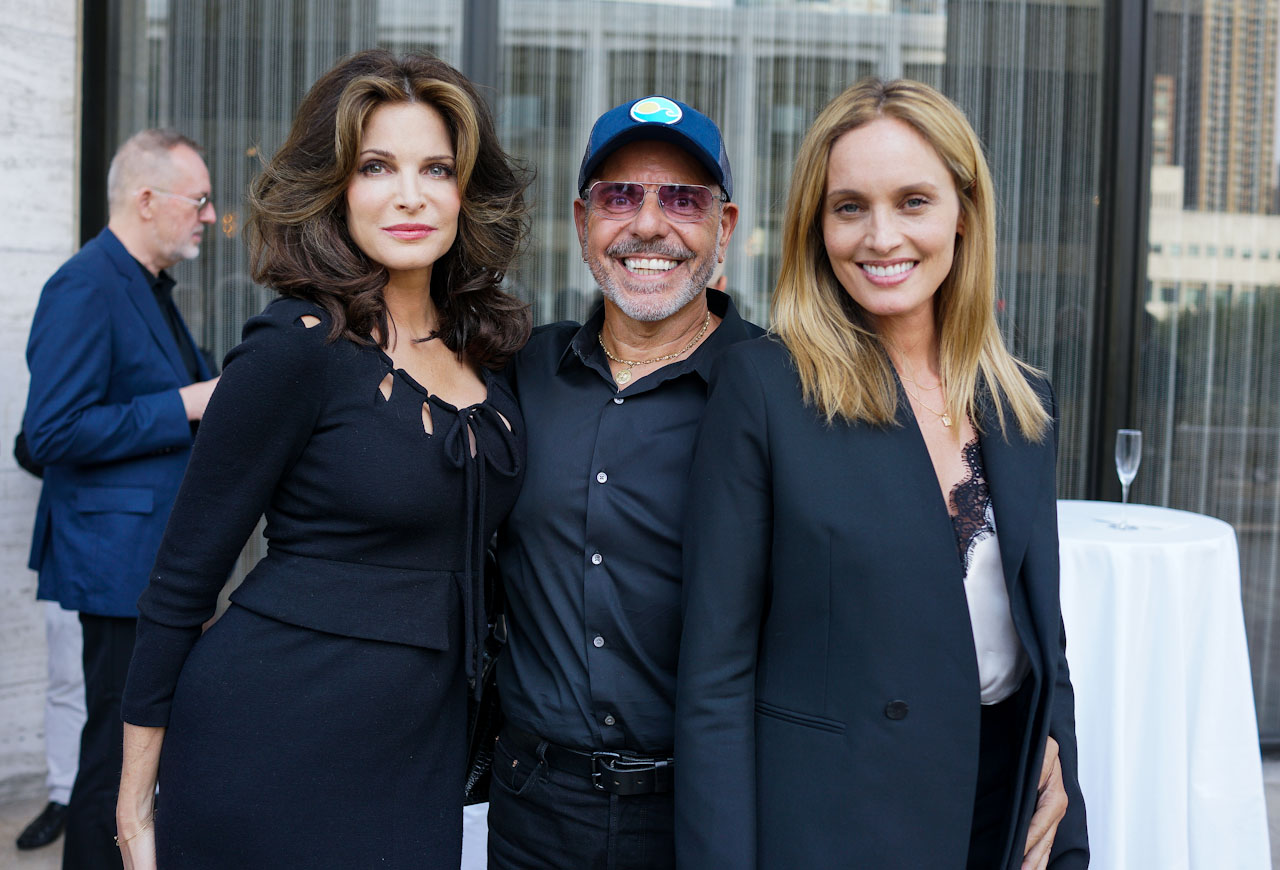 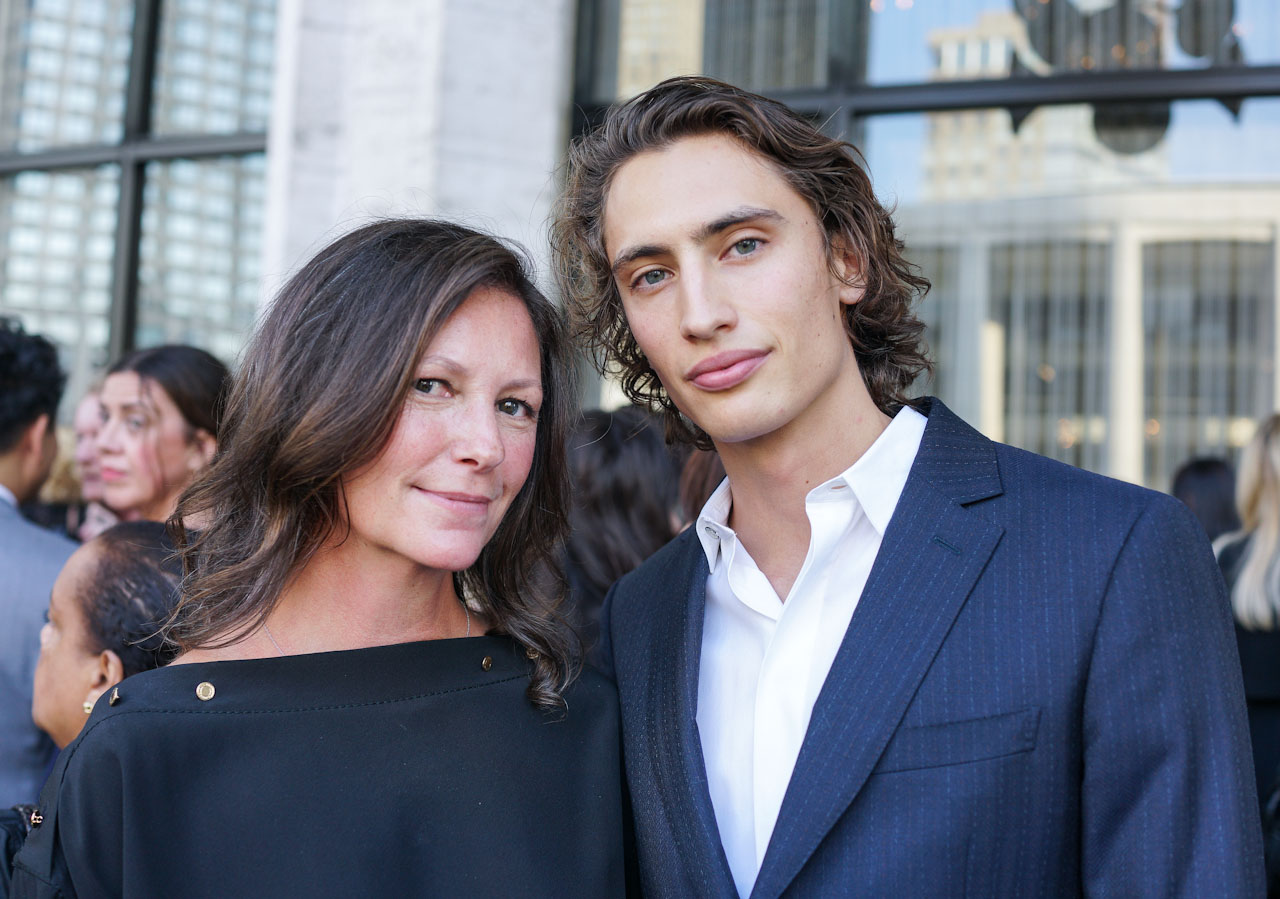 James Turlington and his mom Kelly 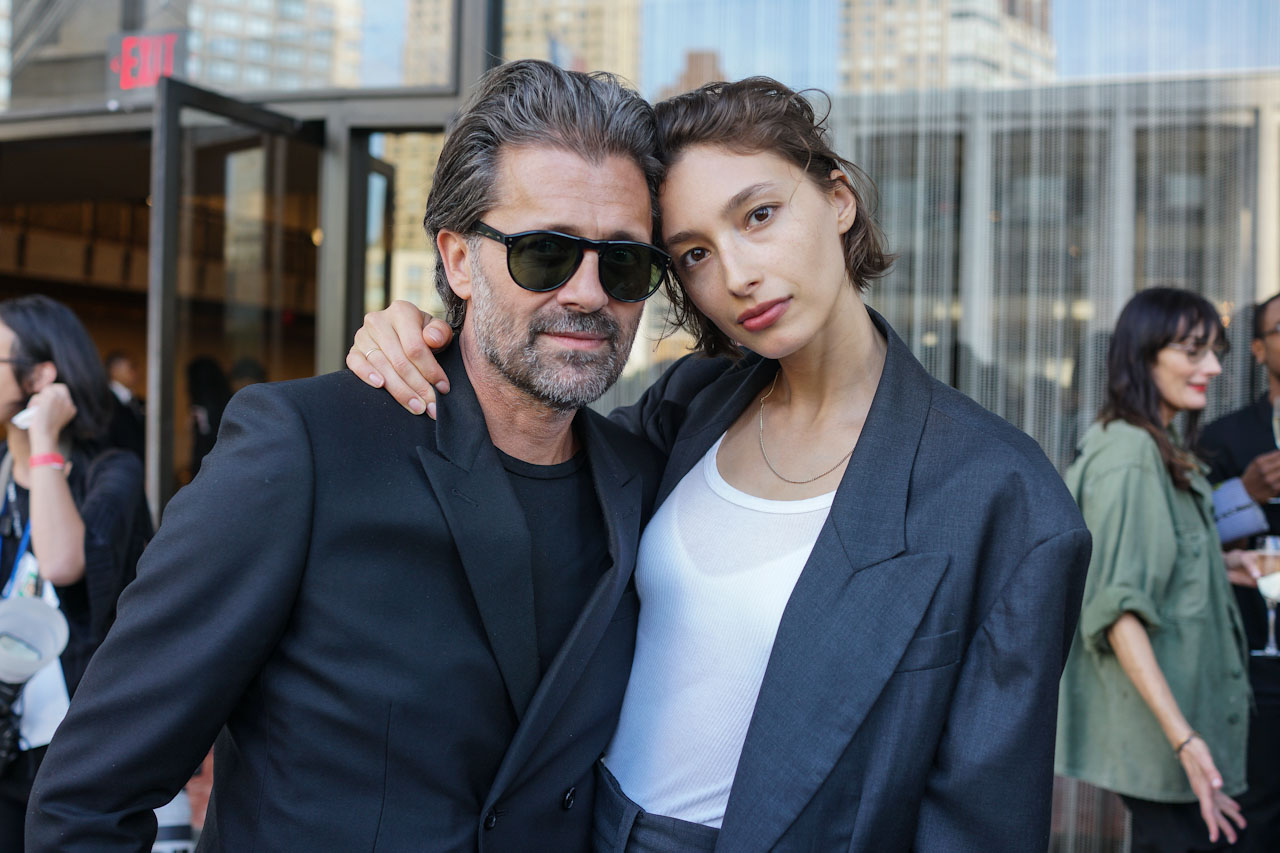 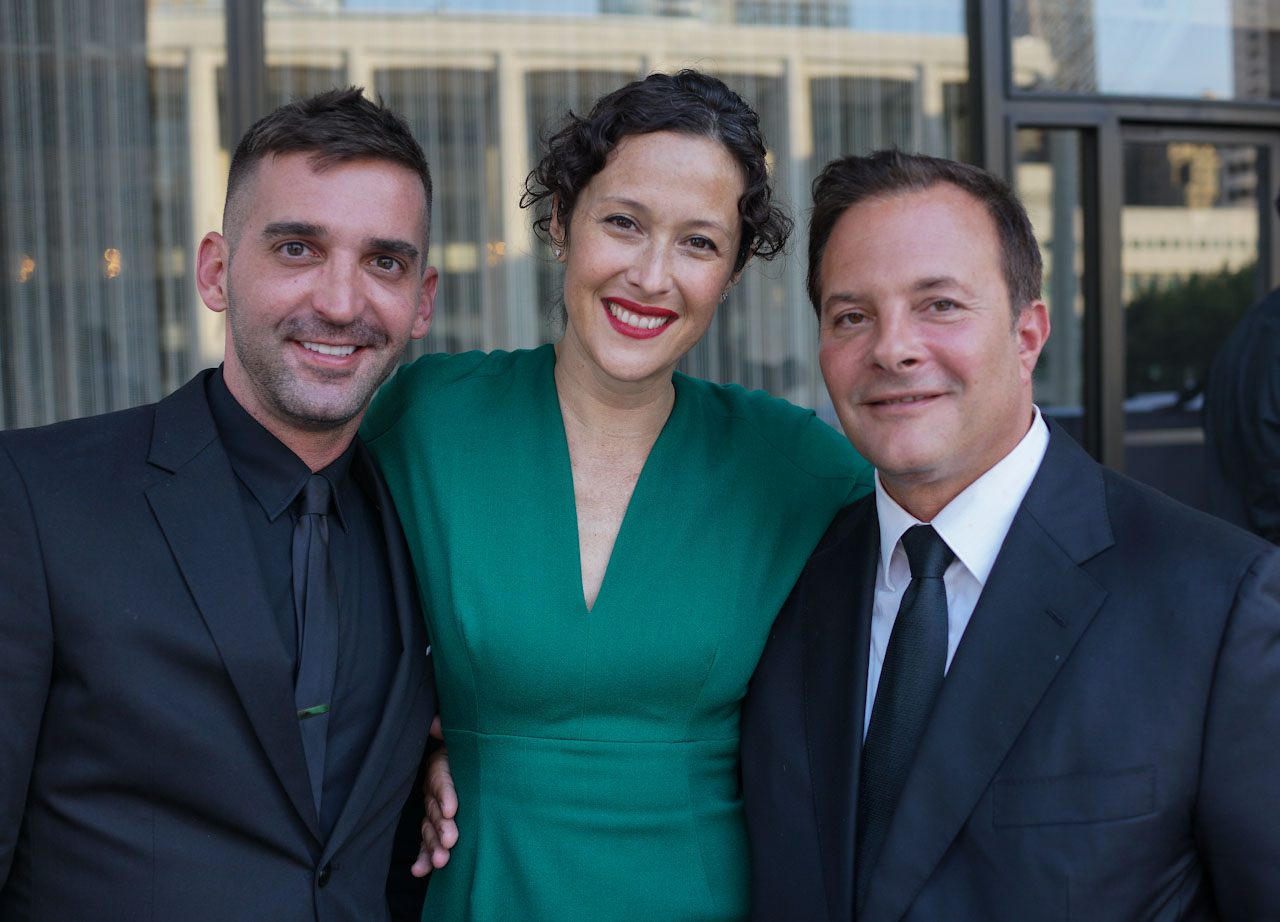 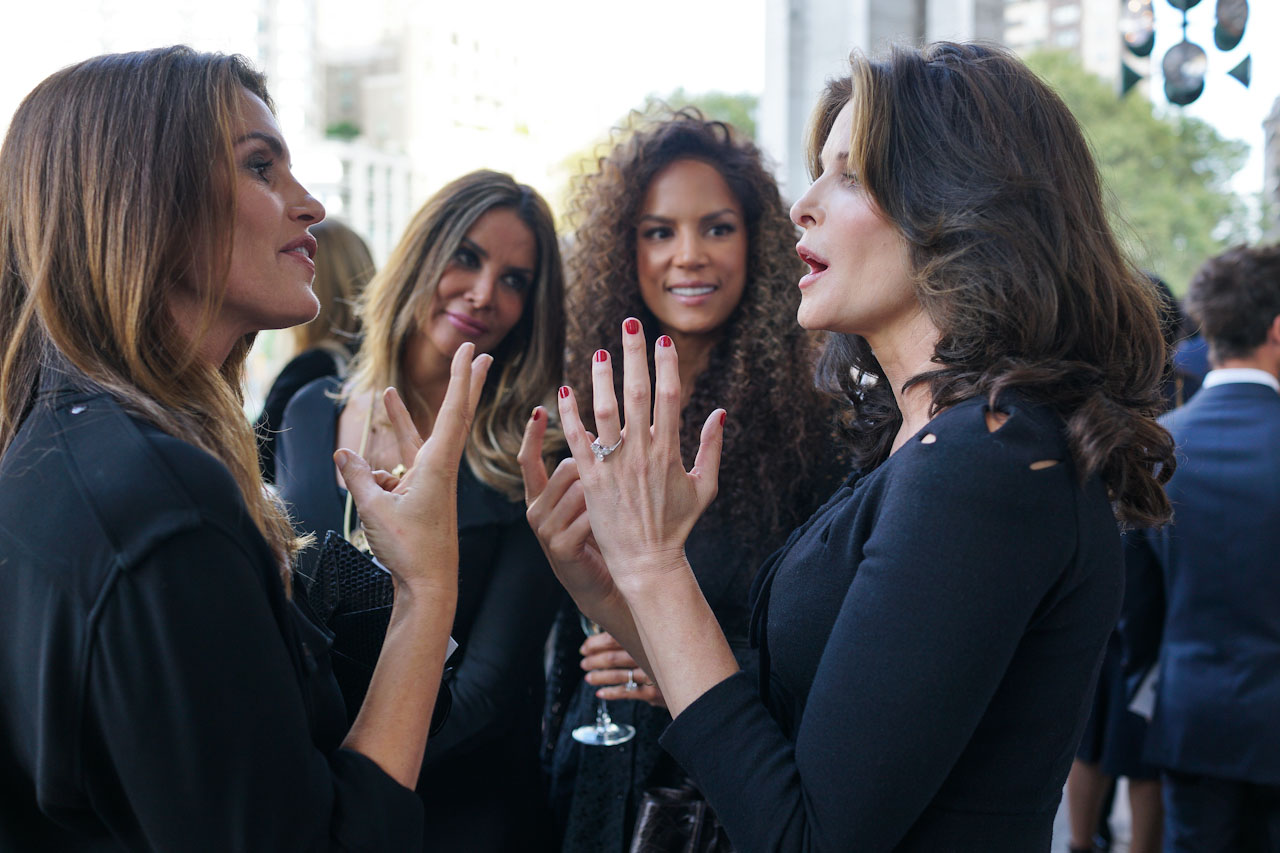 Supermodels in an exciting discussion 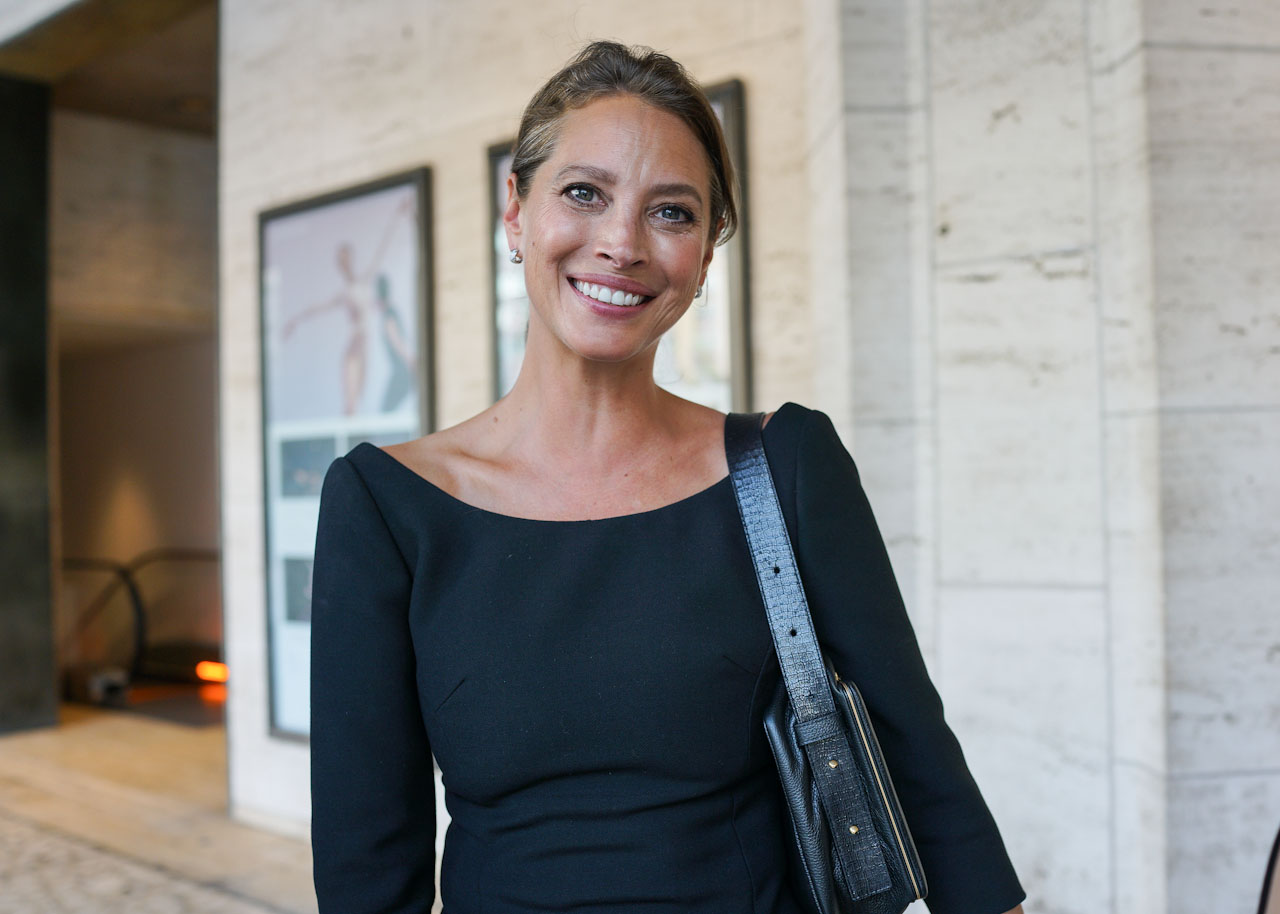 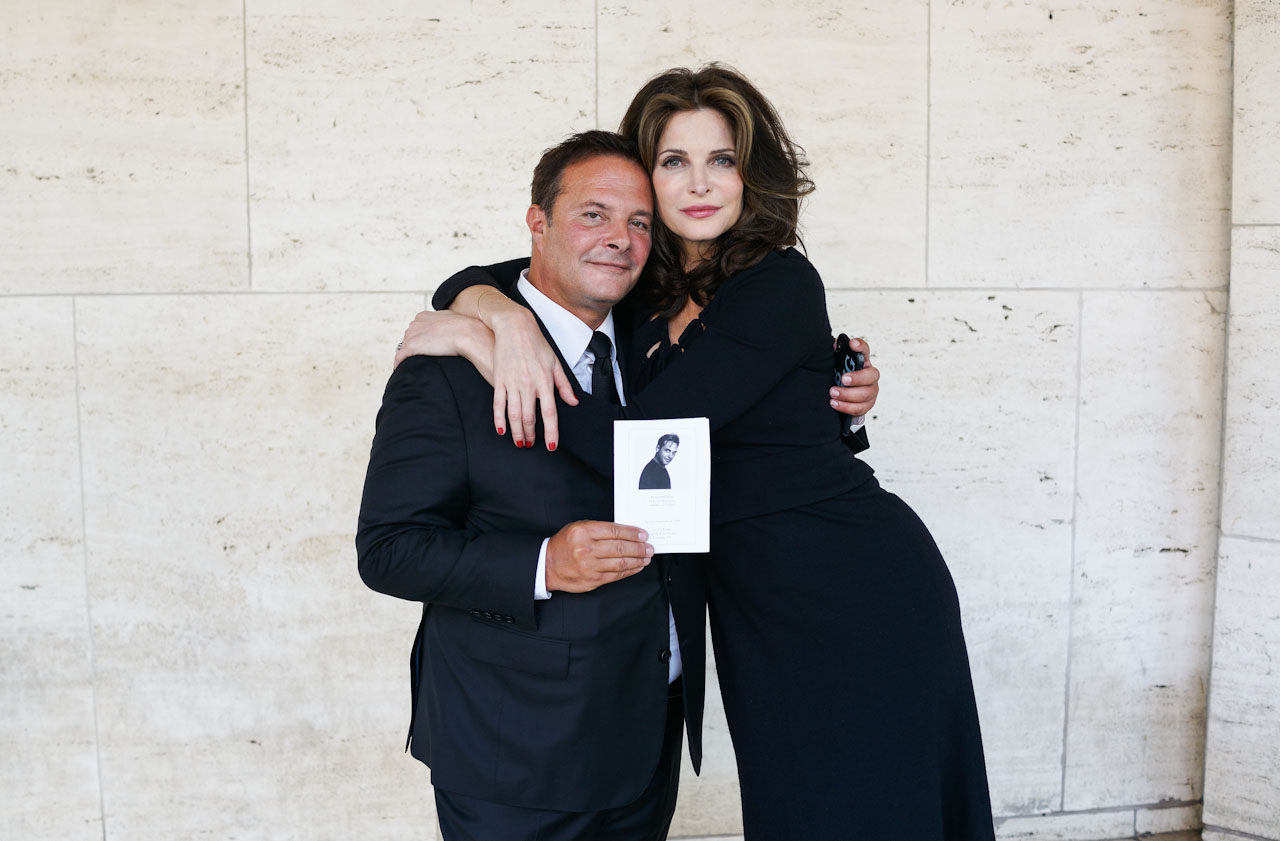 See what the models are wearing off-duty during NYFW! Days 3-5
NEXT Gucci gets carbon neutral, New York Fashion Week wraps and more of the news you missed