LVMH Sued for Sexual Harassment
The #MeToo spotlight has been turned to luxury conglomerate LVMH as allegations from current vice president of legal affairs and litigation, Andowah Newton, have accused the New York outpost of the French company of condoning another employee’s unwanted sexual harassment towards her. WWD reports that in a lawsuit filed in New York state court, Newton claims that an unidentified “senior-level management employee” had been harassing her since 2015, that both informal and formal complaints had been made to the company between 2015-2018, and that LVMH’s purported response to the unwanted kiss and aggressive behavior was that it was “what executives do in a French company”. On Tuesday, LVMH responded in a statement denying the allegations, insisting that two internal investigations conducted by the director of talent development and an outside investigator came back inconclusive and unsupported by evidence.

Kendall Jenner Wants to Give You Pearly Whites
The Kardashian/Jenner clan are no strangers to an endorsement spree, whether it’s to promote their endless lines or third-party vendors, and this week Kendall Jenner announced she was adding to the money pile with a partnership with oral care company, Moon. The millennial marketed line that includes “sophisticated” black toothbrushes, activated charcoal toothpaste, and chic floss has partnered with the social-media lightening rod on a vegan teeth-whitening pen with an antioxidant blend of lavender oil, strawberry fruit extract and honeysuckle flower extract, claimed to be curated by Jenner herself.

Dazed Magazine Expands to China
The strategic focus on China continues as this week Dazed Magazine announced that by August of this year it’ll be expanding to China through a licensing agreement with influential Chinese streetwear platform, Yoho!. The mutually-beneficial deal is set to give Dazed a larger global platform for advertising and editorial projects and for Yoho! to expand its community and conversations beyond streetwear. Business of Fashion reports that Dazed founder Jefferson Hack and C Ventures’ investor Adrian Cheng (who invests in both companies) facilitated the deal after meeting with other media partners.

Notorious Socialite “Heiress” Anna Delvey Convicted of Grand Larceny
Last year, fashion was fascinated with the story of Anna “Delvey” Sorokin, the “fake it until you make it” German “heiress” who manipulated those around her including friends, hotels and hedge funds, into financing her ritzy lifestyle which included flights on a private jet, stays at luxury hotels and exorbitant tabs at restaurants. Eventually, her credit, based on her falsified claim of a 60 million euro trust fund, would run out. Rachel Williams, a victim of Delvey’s sham, wrote about her experience with the grifter for Vanity Fair bringing the story into the public’s eye. Now, The New York Times reported prosecutors have convicted Sorokin with charges that include second-degree grand larceny and first-degree grand larceny, meaning a possible 15 years in prison. [New York Times]

A post shared by AnnaDelveyCourtLooks (@annadelveycourtlooks) on Apr 25, 2019 at 6:35am PDT

Maison Schiaparelli Announces Daniel Roseberry as New Artistic Director
Following news of Bertrand Guyo’s exit from Schiaparelli, a press release went out to announce his replacement: American-born Daniel Roseberry, who previously worked alongside Thom Browne for 10 years. In a statement, Roseberry said of his appointment as artistic director for all collections, “Schiaparelli was a master of the modern; her work reflected the chaos and hope of the turbulent era in which she lived. Today, we find ourselves asking similarly big, identity-shaping questions of our own: What does art look like? What is identity? How do we dress for the end of the world?,” continuing to say, “I want to offer my own answers to these questions, and offer a fantasy—a dream—that feels relevant, and necessary, for today.” 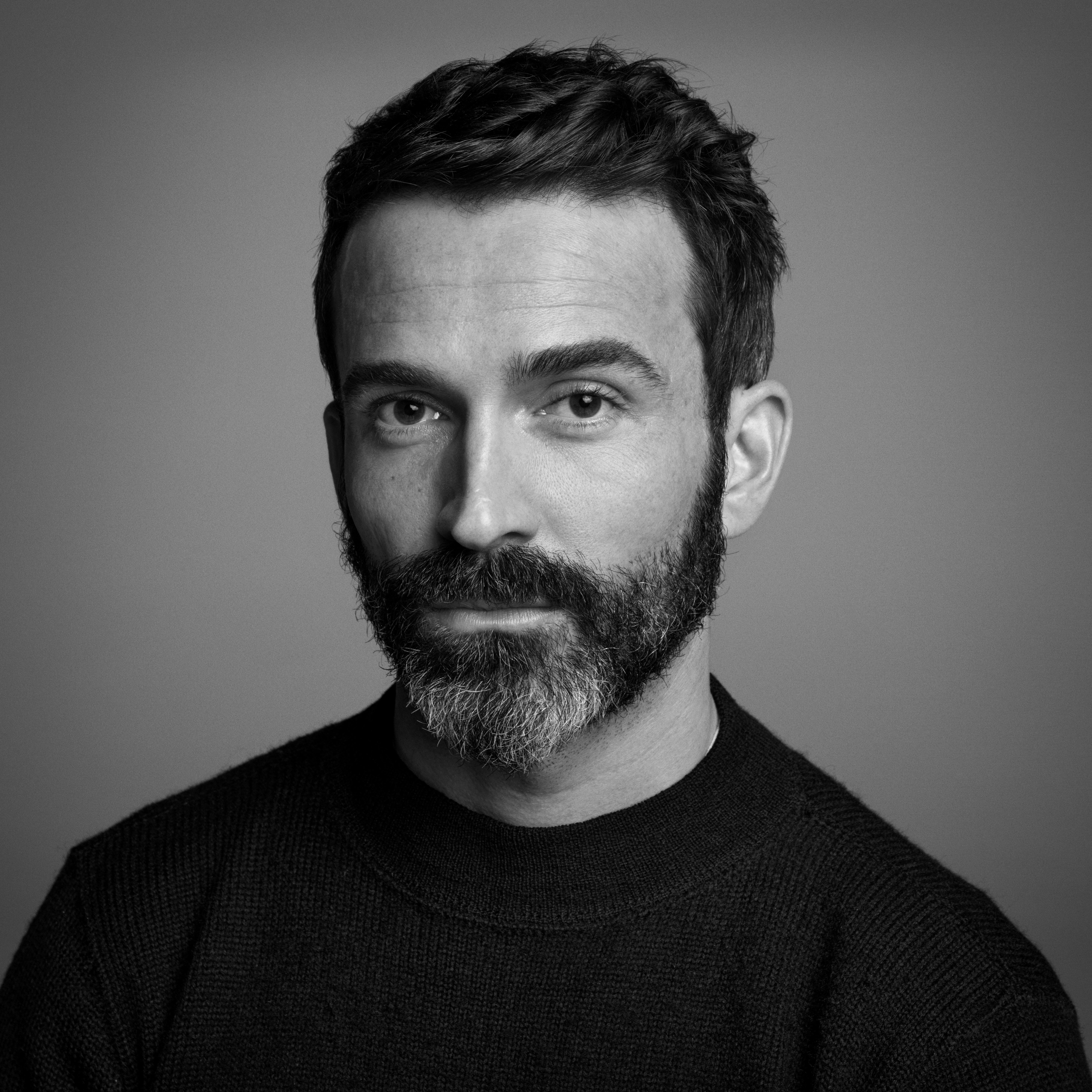 Daniel Roseberry by Inez and Vinoodh

Sustainability Talks to be Held at Central Saint Martins on Saturday
“Sustainability as a culture” will be the focus of the talks to be held at Central Saint Martins by the non-profit organization Study Hall and the Slow Factory. Experts that range from textile manufacturing to cultural influencers to academics, activists and artists will speak about racial justice, responsible sourcing and manufacturing. Guest include the likes of Stella McCartney’s head of sustainability, Claire Bergkamp; Allen Salway, a Native American activist and writer; Sudeep Motupalli Rao of CiCLO Textile; and more. Information about Saturday’s event can be found here. [Dazed] #WearNext: One of fashion’s best collaborations yet is with New York City’s Department of Sanitation
NEXT