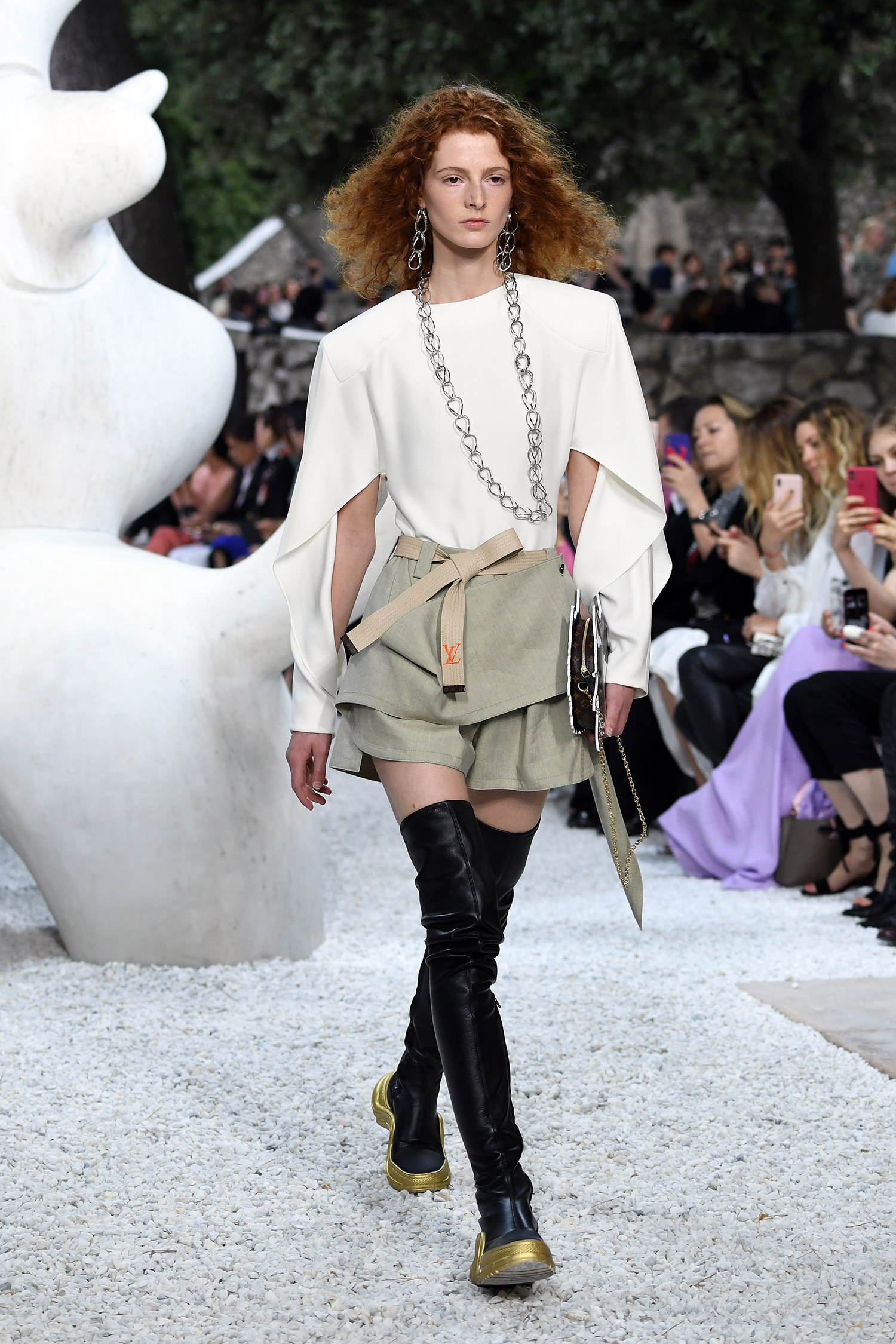 Louis Vuitton’s Resort 19 show was a collection backdropped by news of its designer, Nicolas Ghesquière, renewing his Louis Vuitton contract, news only because in the normalized, constant shuffling a designer staying at a his house is more of a headline than the contrary #notgoinganywhere; it was backdropped by the Fondation Maeght, the modern art museum founded by Marguerite and Aimé Maeght, designed by Josep Lluís Sert; and the show was more precisely backdropped by the museum’s Joan Miró abstract sculpture garden. The collection the was sent down the runway was good, if not better than that, and it certainly was full of Ghesquièrian signatures, like if the French were to make a modern space opera, its women would wear this.
Behind the collection–a collaboration with Grace Coddington that included handbags created from sketches of her cats, as well as Ghesquière’s dogs. So when first out was redheaded show opener Clementine Balcaen, it was an clear-cut ode to Coddington’s famous hair. Clémentine, from Amougies, Belgium, previously made her debut walking for Vuitton’s Fall 2018 show, but this one, as an opening spot with a particularly cool narrative linked to the storied fashion editor marks a more significant moment for the fresh face. “The Vuitton experience was wonderful! Really one of the best opportunities I’ve ever had in my life,” she says of her runway stint with the French house, continuing to give Nicolas Ghesquière “1 billion” thanks. A little Louis Vuitton muscle goes a long way!