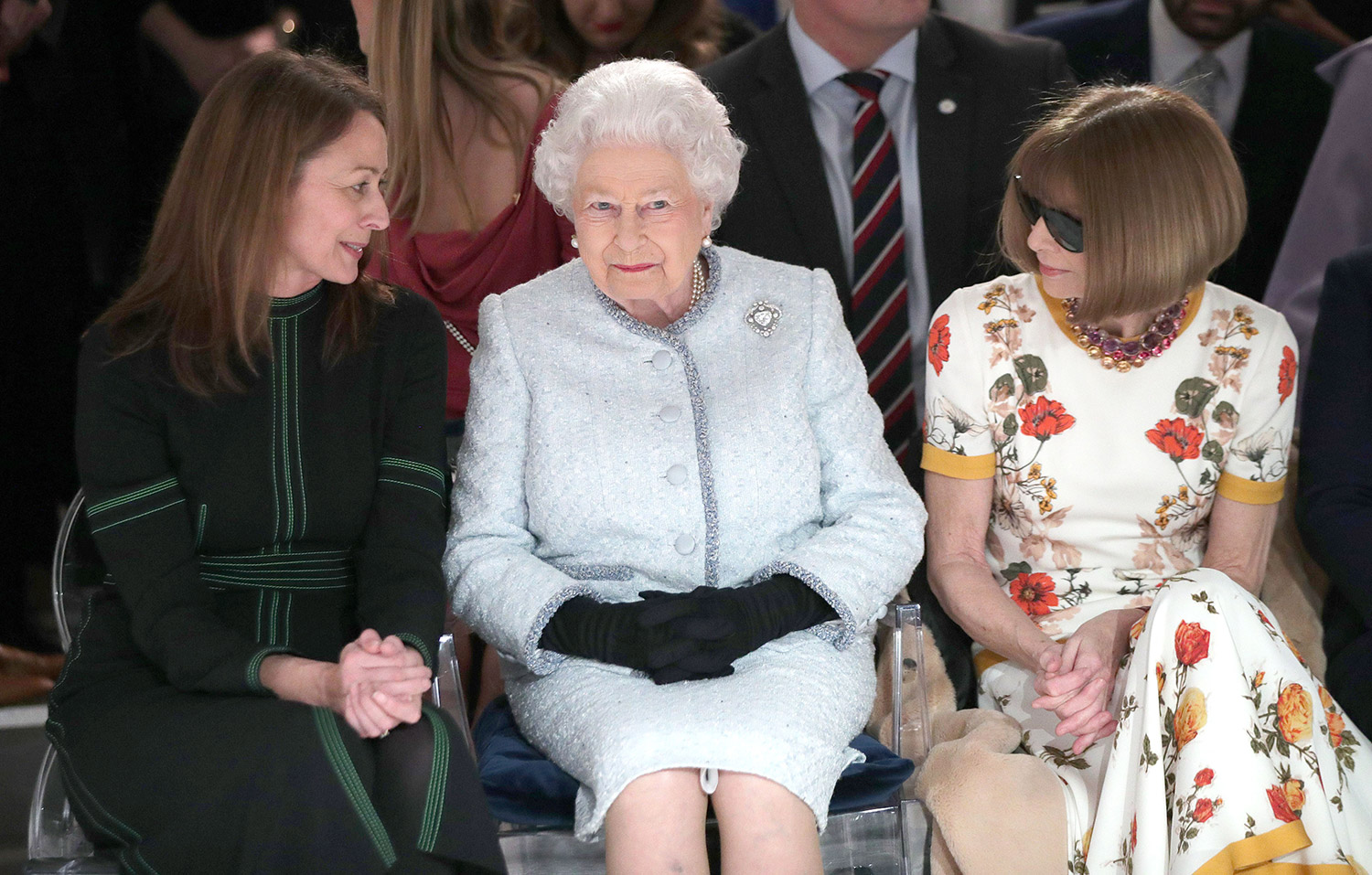 Louis Vuitton to Show on the French Riveira
Nicolas Ghesquière will show his Louis Vuitton 2019 cruise collection on the French Riviera on May 28. The precise location has yet to be revealed. Previously he took the French fashion house to modernist sites abroad showing at Kyoto, Japan’s Miho Museum and Rio de Janerio’s Niteroi Contemporary Art Museum. The date of the show is set for May 28th. [WWD]

Two queens pop up at London Fashion Week
Phones out–London practiced the art of one-upmanship with two very royal and very Instagrammable surprises during its Fashion Week. One involved the queen of supermodel-dom Kate Moss popping out of Mert Alas’ birthday cake at his party at MNKY HSE, where she continued to sing “Happy Birthday” a la Marilyn Monroe. The second involved just the actual Queen, Queen Elizabeth II, popping up at Richard Quinn’s show where she sat front row between Anna Wintour and the chief executive of the British Fashion Council, Caroline Rush. Talk about a triumvirate. She was there to give Quinn the Queen Elizabeth II Award for British Design.

Karl Templer responds to Boston Globe report
In a response to accusations made against him in a Boston Globe report, Karl Templer released a statement addressing and denying the allegations that stated the stylist had aggressively pulled a model’s underwear down, yanked breasts and touched their crotches while styling them. He wrote (abbreviated), “My work as a stylist includes adjusting clothes on a model. If I have ever made adjustments too quickly or brusquely, and my conduct was misunderstood, then I sincerely apologise. But I categorically deny ever acting with any wrongful intent. That suggestion is untrue… A stylist’s movement of clothes multiple times — over three decades and possibly tens of thousands of interactions — is not the same as sexual predation or sexual harassment or touching with the intent of self gratification…It’s impossible for me to defend myself as I’ve been given no information to which I can respond. I understand the Globe’s policy but, in this matter, how can I prove myself when I have been refused dates (even approximate years) or locations, which would have given me the chance to offer other witnesses to give their perspective. I haven’t been told whether this was supposed to have happened 25 years ago or ten or five or last year. That makes it almost impossible for me to clear my name, as I find myself judged and publicly shamed.” You can read the full statement on Business of Fashion.

Judy Blame Passes Away
The fashion industry suffered a huge blow as fashion stylist art director, designer and punk provocateur, Judy Blame was announced dead at 58 on Monday. The iconic Englishman who called industry influencers Tim Walker, Edward Enninful and Nick Knight as friends, was one of the leading fashion voices for The Face and i-D and better known for his DIY approach to styling and fashion imagery. Notable names like Boy George, Kate Moss, Boy George and Pam Hogg all expressed their grief at his sudden passing.

Judy Blame invented a new visual language with his DIY aesthetic. Following the sad news of his passing, we remember an icon and iconoclast whose impact on i-D has been immeasurable. • • • [The Creativity Issue, no. 348, 2017] Photography Tim Walker

The Fashion Spot’s Diversity Report Shows A Dip
The seasonal Fashion Spot diversity report compiled of data from the New York shows showed that although this February’s shows were the most racially diverse it has ever been, it had took a dip as far as body and age inclusiveness. While there was a slight raise in transgender women and non-binary models on the runway (from last season’s 31 to 33) the report does not mince words concluding with “the stagnation in our racial diversity numbers, the losses in the plus-size and age categories, the infinitesimal growth in the number of transgender runway models reveal that the industry isn’t transforming as quickly as last season’s numbers seemed to indicate. [FASHION SPOT] Step for step, lots luxurious oomph at Versace and more