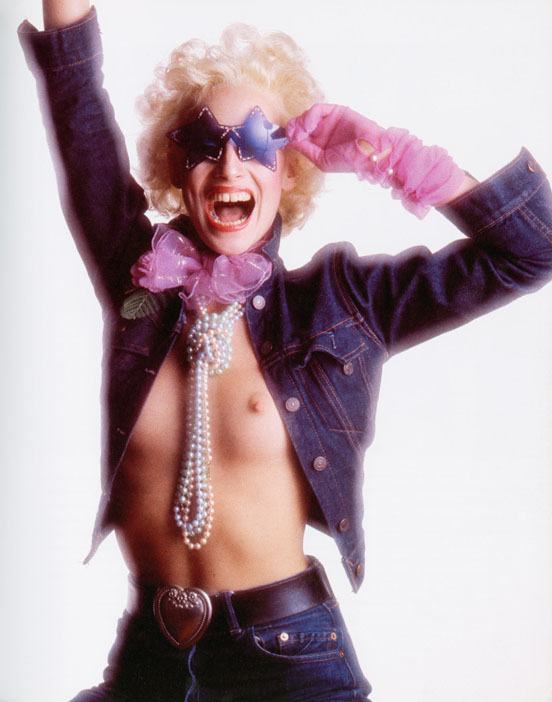 Whatever you’re doing, stop. You don’t even need to read this. Just go see Antonio Lopez 1970: Sex Fashion & Disco, the documentary by James Crump. It’s important for a few reasons, mainly because Lopez, the center figure of the documentary, lived a storied life as intoxicating and full of glamour as the film’s title implies. Fashion, disco and yes, lots of sex. The Nuyorican fashion illustrator oozed brio, with the sweep of his hand turning his subjects––already beautiful––into exalted visions of the times. He was prophetic. His fabled diverse cast of muses or “Antonio Girls”, would become stars, aggrandized by his illustrations and their entourages’ reputation as the “it” coterie. Jerry Hall, Pat Cleveland, Donna Jordan, Grace Jones, Jessica Lange, Jane Forth, Patti D’arbanville, Tina Chow all fell under the spell of Antonio Lopez. Supermodels themselves, they manifested the term now appointed to the women of the 90s. Not to mention friends like the late Bill Cunningham, who charmingly appears in the film giving wonderful anecdotes about “those kids” or Grace Coddington who recounts Lopez and the era between the 60s and 70s that was the cradle for fashion as we know it––Lagerfeld, Yves Saint Laurent, Andy Warhol. Gush. 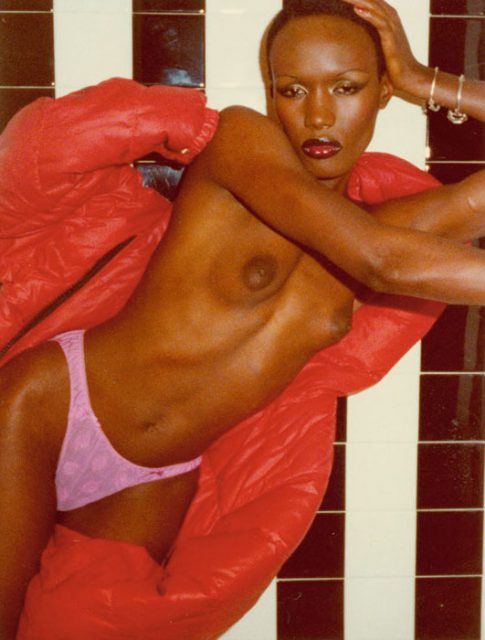 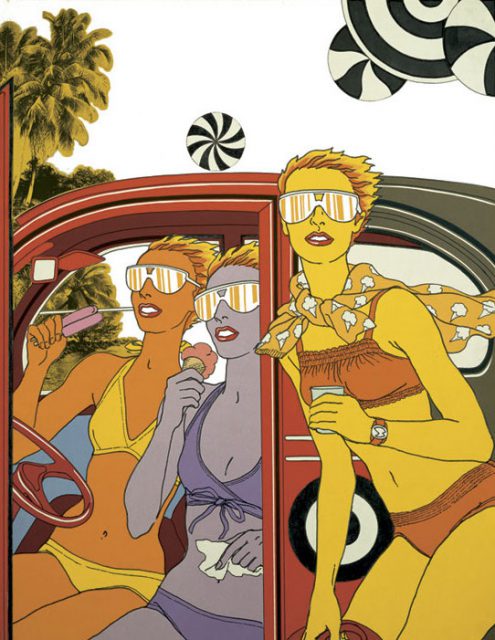 Lopez was important not only because of the instinctual flair with which he could illustrate a figure and clothes (“He didn’t record, he rendered” says Cunningham), but because he embodied the liberation of fashion that was about to explode. Before him, fashion illustration was “frigid” as Coddington put it. The Puerto Rican, bisexual artist championed diversity illustrating black models for Elle at a time when representation was paltry. All of his models bucked conventional beauty norms of the time, at least those in the pages of magazines. It’s no coincidence the looks of his aforementioned muses like Pat, Donna, Grace and Jerry are in style on modern runways–Lili Sumner (Donna Jordan’s literal doppelganger), Adwoa Aboah, Binx Walton and Pat’s daughter, Anna Cleveland, take for example, are far cries from conservative faces. I watched the film through a modern-day lens (and with a man chewing loudly behind me) and wondered could such unbridled social mythos ever be seen again in this smaller world, the Instagram epoch, where the curtains are pulled back and it-status orbits a follower count rather than the earning stripes out on the tiles–being cool. Dancing and intrigue were the lion’s share of the group’s days in New York at the infamous Max’s Kansas City (think Warhol, Edie, de Kooning, Patti Smith) or Paris’ cafe culture. It often attracted company, like Karl Lagerfeld, who fawned over the bunch, or Warhol, who watched them to “see what would happen”. 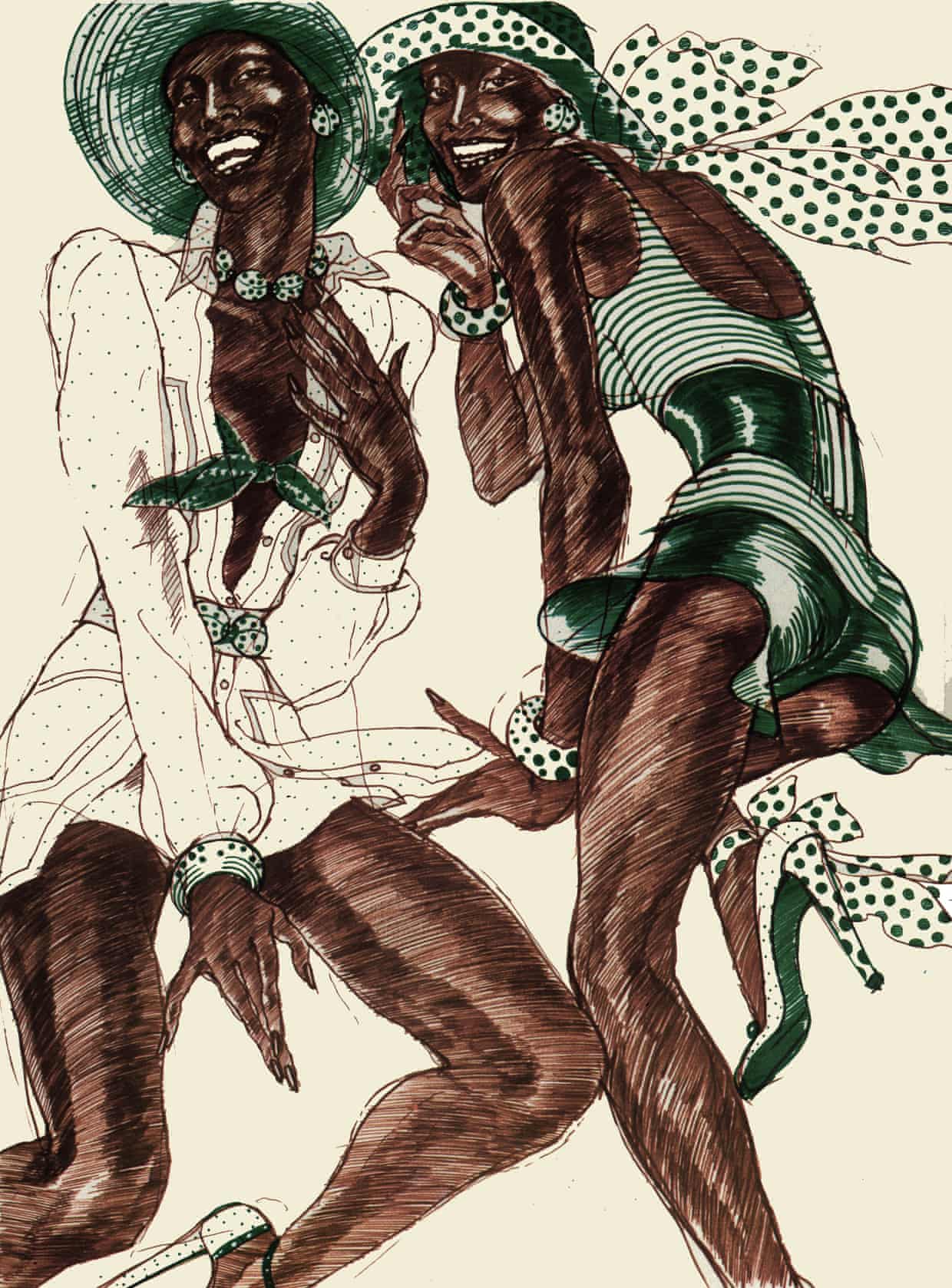 Lopez’s phalanx of collaborators also had Juan Ramos, the intellectual art director who refined Lopez’s visceral talent into what you see on google results today, but also was his romantic partner from 1965-1970. Lopez was casual with his promiscuity, often having multiple love affairs at once. Sex was his raison d’être, tethered to all things. In the film, testaments from his “Girls” all claim to have had crushes at one time on the irresistibly alluring Lopez who had a sort of sexual levity and magic–the same magic that flowed from his hand to paper. Antonio also had a lengthy romance with young Jerry Hall when she joined the group in Paris. Coddington recounts her arriving in Jamaica for a photoshoot and walking off the plane in a fur coat or the mock-marriage thrown for the two on that same trip. Jerry, of course, would go on to be Jerry Hall-Jerry Hall, the famous one, who married and divorced Mick Jagger but not before giving us Georgia May Jagger. Antonio succumbed to AIDS at the age of 44 in 1987 during the epidemic that also claimed many including Juan and Tina Chow. Today, he would be 75––his peers Grace Coddington and Karl Lagerfeld are still contributing to fashion, but no longer are subverting it–would Antonio Lopez, by sheer force of sex, fashion and disco have more left to liberate? I think he’d have his work cut out for him. 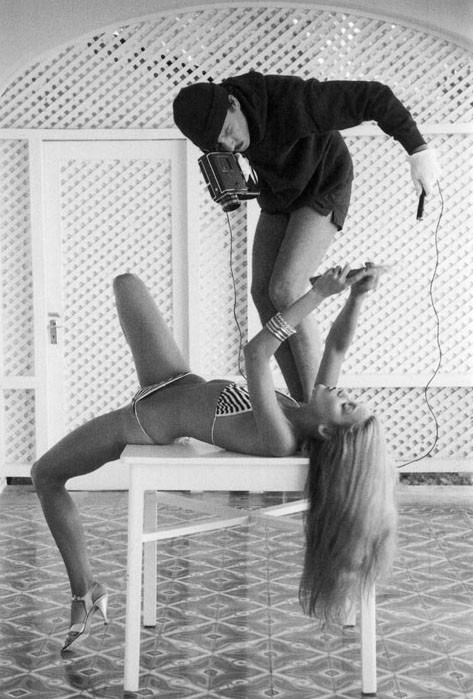 The Definitive List of Models of Color that Walked Prada
NEXT London Bows Out, Milan Takes Over, Models on the Street and more of the news you missed