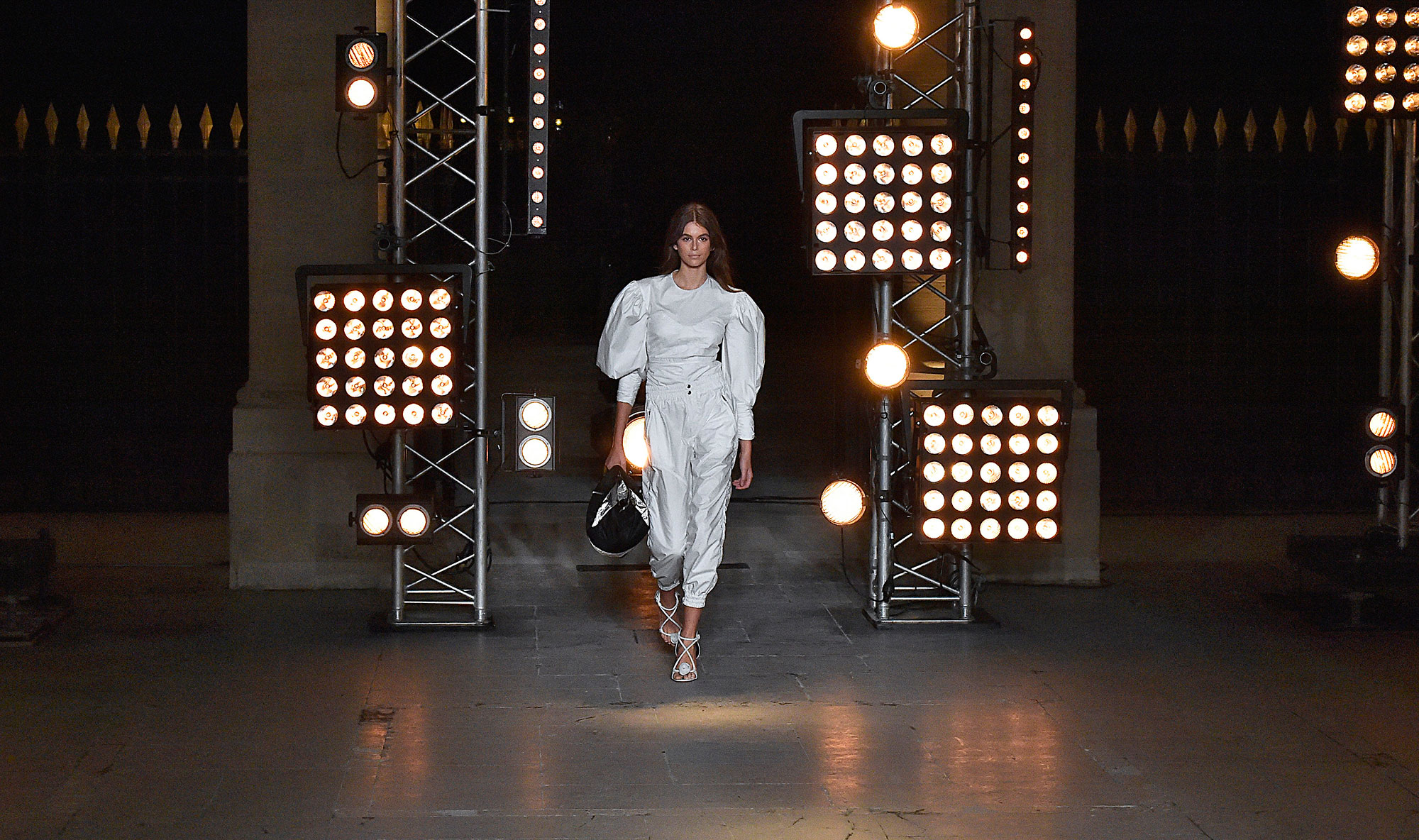 How does one go from relative newcomer to dominating fashion month? Having a supermodel mother doesn’t hurt but don’t lump all-American dream Kaia Gerber with the rest of the influencers – she’s in a lane all her own. With the fashion cred to get her noticed and her runway debut at Calvin Klein, she jumpstarted her career opening the biggest shows of the month with Alexander Wang, Fendi, Moschino, Isabel Marant, and Chanel. With a spin at Burberry, Versace (where her mother made an extraordinary ending joined with fellow Legends) and ending today at Miu Miu, there’s wasn’t a city that didn’t fall under her magical spell.

OPENING CHANEL!?never in my life could I have even dreamt this. Karl, there are no words to describe how special this was to me. YOU'RE A LEGEND.

SAINT LAURENT! what a moment. i am forever grateful @anthonyvaccarello @pg_dmcasting

an amazing way to end NYFW… closing! always love being with my @marcjacobs family See what the models are wearing off duty in Paris
NEXT Assa caused a wow-who-is-she moment at Balenciaga, here’s what we know