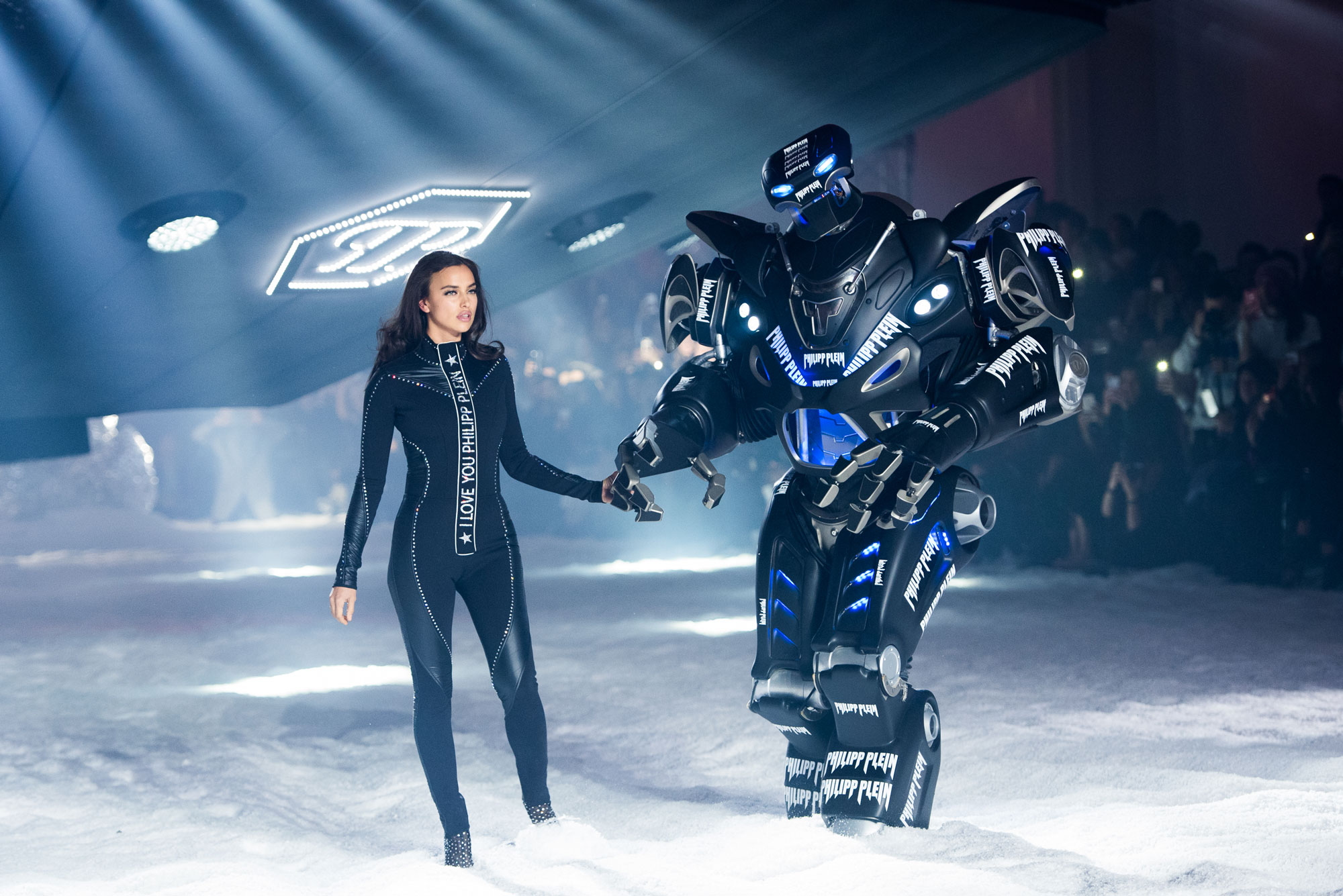 Jason Wu and Hugo Boss part ways
After five years as artistic director of women’s wear Jason Wu is leaving Hugo Boss. His collection this past NYFW saw would be his final. Over the course of his tenure Wu helped gain the company notoriety as well as sharped his own facility. Wu says he plans to focus his time on his own 10-year-old label, telling WWD, There is a lot of knowledge that I will take with me to the next phase of my career in my own company. From global retail to visual merchandising to looking at a brand in a very 360-degree sense, I’ve learned things I never had experience in until I entered Hugo Boss.” [WWD]

New York Fashion Week: Striking hair at Marc Jacobs, Desmond Napoles is Amazing and more
New York Fashion Week wrapped up its turn ending with Marc Jacobs’ much-talked-about show as a high note. Besides the exaggerated silhouettes that echoed the haute 80s, there were major hair moments courtesy of hair stylist Guido Palau and colorist Josh Wood. Models Veronika Vilim, Anya Lyagoshina, Nika Cole, Nora Vai, Sara Soric, Mila Stomatova, Sarah Abney, Songwha Oh and Zu Czemier all received the treatment: dramatic chops dyed in hues of blue purple and green that added to, not distracted from, the drama. Alexander Wang went ahead and helped close the diversity gap on the runway, in his case casting his 44-look show nearly half with Asian models. Chunjie Liu opened his matrix-business woman show, while Sohyun Jung closed it. Gypsy Sport helped introduce us to the 10-year-old LGBTQIA activist Desmond of @DesmondIsAmazing while Philip Plein went a bit overboard with spectacle hiring a robot to escort Irina Shayk down the runway once she emerged from a spaceship and questionably had a performance by Tekashi 69, whose sentence is pending for the charge of “the use of a child in a sexual performance” for which he pleaded guilty. Raf Simons rolled out the 3rd installment in his Calvin Klein trilogy the Belgian designer described as an American nightmare received mostly as a success and one of the highlights of an increasingly sparse fashion week as designers choose others cities over the US leg.

Diversity for the win
Fall/ Winter 18 may have just kicked off, but it would seem (most) people are getting the point. Hurrah. The runways are finally to begin to feel more diverse. Shows like Alexander Wang, Christian Siriano, Michael Kors and more upped the inclusivity on their runways with lots more models of color and representation of body types. Models.com picked out the most diverse shows here.

London Fashion Week Kicks Off
Onwards to London! The fashion pack moves on to a new city and there’s already much ado. Ahead of top shows like Burberry, Christopher Kane, and Erdem prepping for their runway Dame Vivienne Westwood staged with models and activists a runway protest against fracking titled, Ineos VS The People. Ineos, the multinational chemical company has been accused of misleading the public over its intent to frack in a protected areas. On top of that, anti fur protestors are demonstration one of the largest anti-fur protest ever at LFW as more pressure to remove real fur from collections worldwide continues to rise. [THEGUARDIAN]

Model Squad Debuts on E!
The obsession with models continues as E! network debuted during fashion week the first episode of its eight-part, hour-long docu-series called “Model Squad.” The IMG produced show shadows models Devon Windsor, Daniela Braga, Hannah Ferguson, Ping Hue, Shanina Shaik, and more as they give a behind the scenes look of what really goes on as they prepare for fashion week. The series officially launches Fall 2018. [E!NETWORK]

Because we know you’re seriously obsessed with #ModelSquad here’s your first look at what’s to come this season. ?? Plus catch up on Model Squad: Fashion Week with the link in bio!

Burberry Unveils Scarf in support of LGBTQIA Youth
Speaking of Burberry as Christopher Bailey gears up for his last show this Saturday, the brand unveiled a rainbow iteration of its famous check pattern in support of LGBTQ+ youth organizations. Dedicated to support this worldwide community, the capsule collection includes shoes, scarves, hats, totes and more with proceeds going towards LGBT suicide prevention organization, The Trevor Project, youth homelessness charity, Albert Kennedy Trust, and the International Lesbian, Gay, Bisexual, Trans and Intersex Association or ILGA for short. The collection will be available to shop right after the Burberry collection in stores and online on February 17th.

Today we reveal #TheRainbowcheck and announce that #Burberry is supporting three LGBTQ+ charities, @AlbertKennedyTrust, @ILGAWorld and @TrevorProject, dedicated to broadening support for this community around the world. The rainbow, a symbol of inclusiveness and joy, is celebrated throughout the February 2018 collection . ‘My final collection here at Burberry is dedicated to and in support of – some of the best and brightest organisations supporting LGBTQ+ youth around the world. There has never been a more important time to say that in our diversity lies our strength, and our creativity.’ Christopher Bailey . #BurberryShow #LFW Marc appeal: Really really big coats and what else you couldn’t miss
NEXT