Interviews: A Decade of Robert Geller

In the fickle world of fashion, a decade is a long time. Just ask Robert Geller, who celebrated ten years in the industry—as an independent designer no less—on Tuesday with a powerful Fall 2017 show on the second day of New York Fashion Week: Men’s. Opening with a video retrospective that spotlighted previous collections, Geller marked the major anniversary with a moving collection that reflected our dark times but offered a note of hope. “I’m incredibly fortunate,” Geller said about his longevity. “I’ve had people that believed in me for the last ten years and everyone has always been very supportive. I’m very proud of the team that I’ve put together to create these collections season after season.”

This season, Geller, a native of Germany, went for a mostly black palette, with hints of bright fluorescent color in gloves and face masks that were at once provocative and protective (see our backstage images below). Taking his bow in a t-shirt that read “Immigrant,” Geller offered up a commentary on today’s political climate. The clothes looked strong and secure, armor against a dangerous world. “I started designing in July, right at the time when I’d just traveled to Europe to see my family,” he explained, “and there were terrorist attacks in Nice, there were terrorist attacks in Germany close to my home, and it was a time to be somewhat scared.”

Geller has always been a designer with an intellectual and artistic bent, with past collections roving through the cultural history of the twentieth century—from Art Deco through to punk. As an immigrant, he straddles both Europe and America, bringing an old-world sense of history to ever-changing New York. If Fall 2017 had a bit more urgency, it was because Geller sensed that we are living in difficult and confusing days. “It’s a time for us a society to decide, are we going towards love or are we going towards war?” he mused. “I wanted to have some of that fear, some of that frustration, but also the hope that we can get together as a group and lead us out of what’s happening right now, because it seems to be getting worse and worse every single day.”

Even as the industry has changed around him, Geller has remained a mainstay of New York menswear. He has watched the rise of social media and the birth of New York Fashion Week: Men’s, as the business has grown and transformed itself to meet the demands of today’s customers. And, with his meaningful statement this season, he seems poised to lead the way forward as well, as the industry—and his adopted city—grapples with a new social era. “I think we have to be together and say that this isn’t ok and that we’re not going to sit by,” he said about what he thinks fashion’s response to the new Trump administration should be. “I’m not so much into politics, but I’m an immigrant and I love this country. I’ve been here for twenty years and it’s scary where it’s going.” 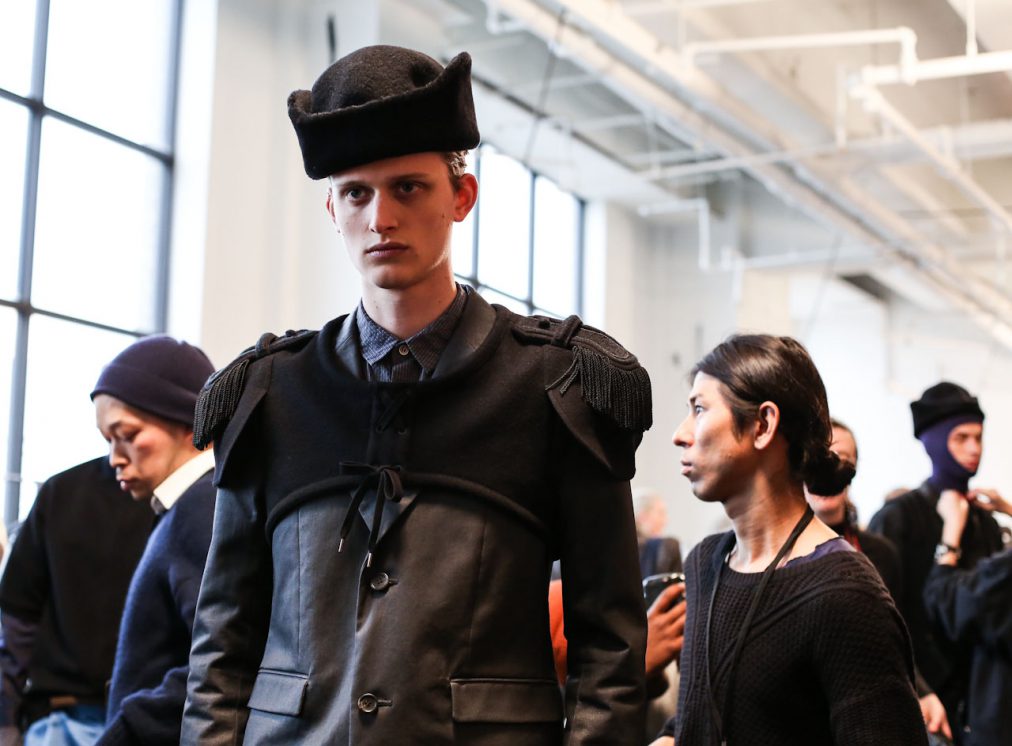 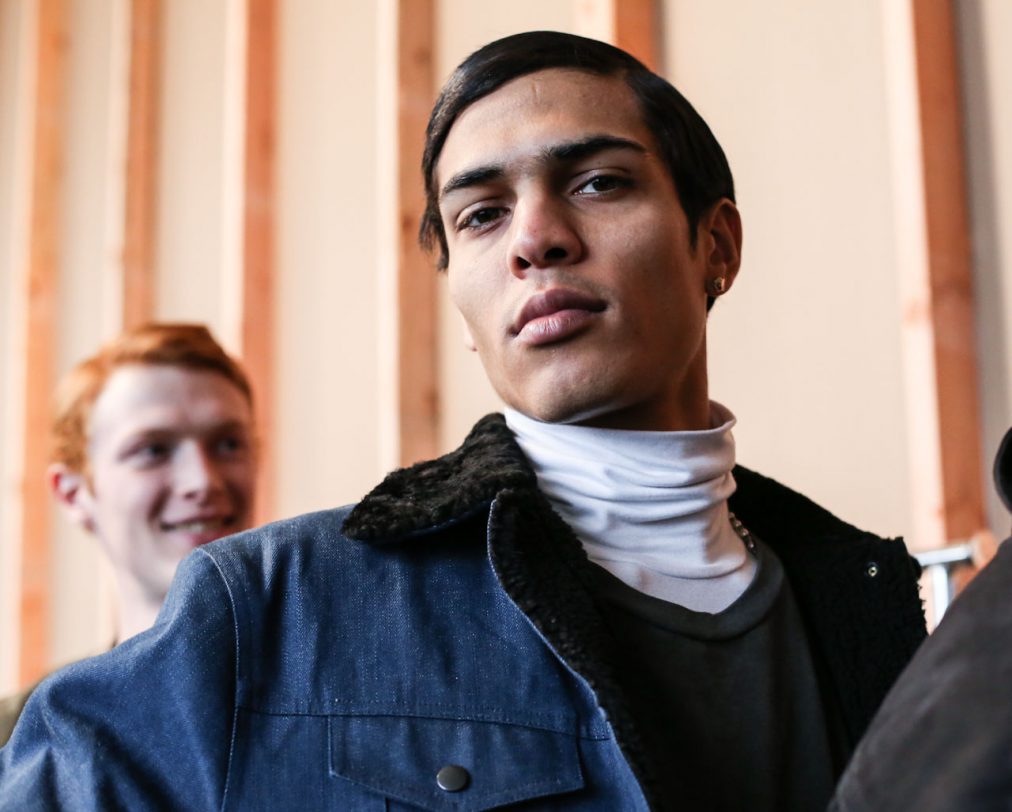 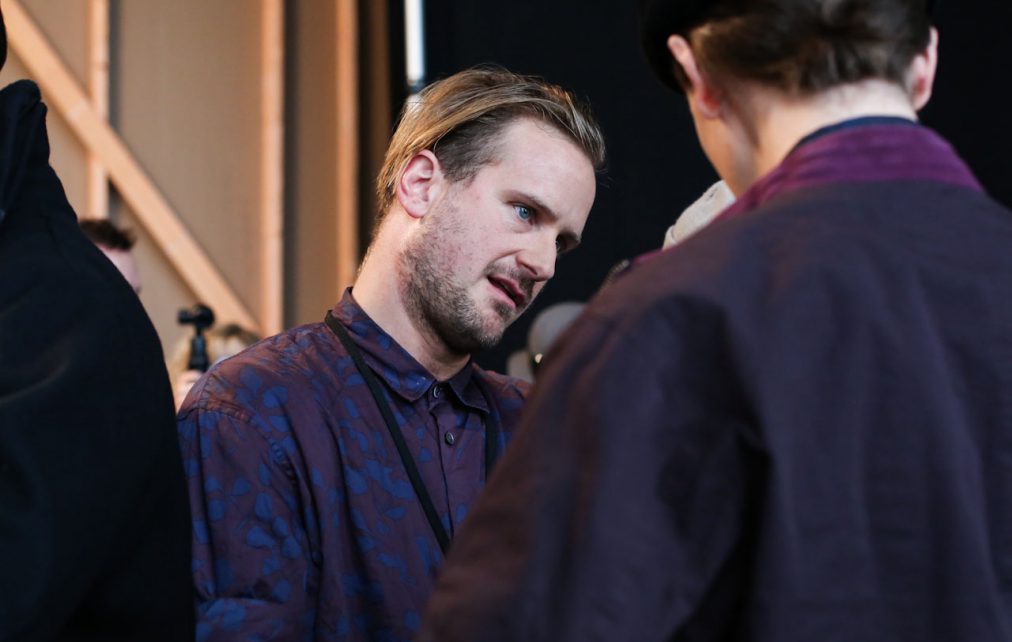 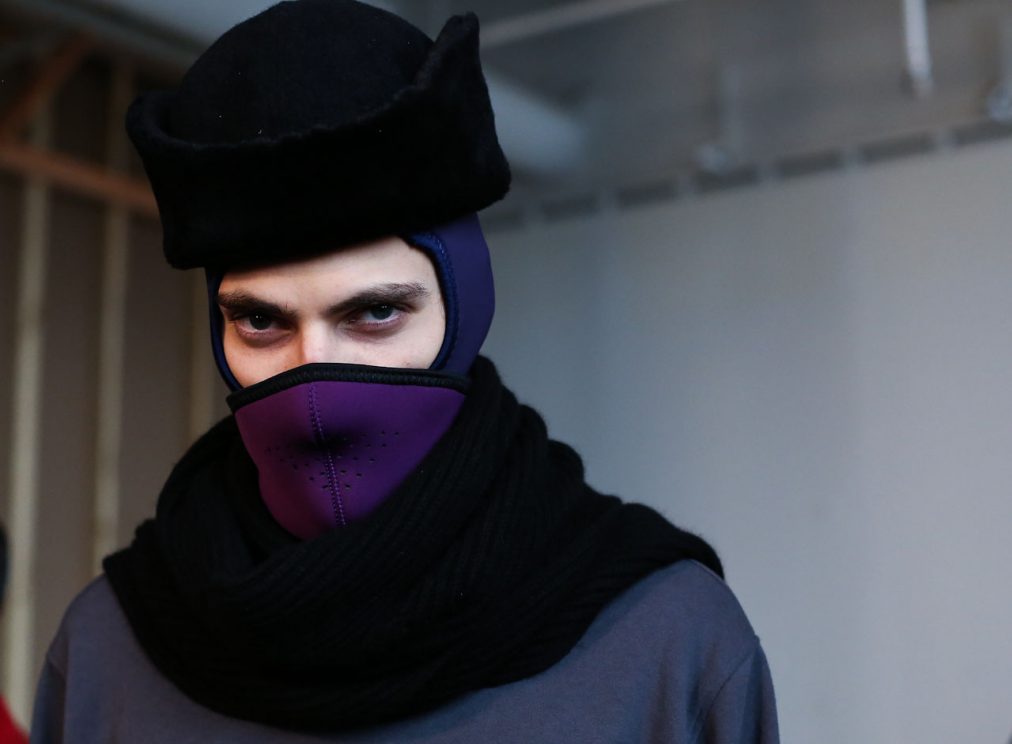 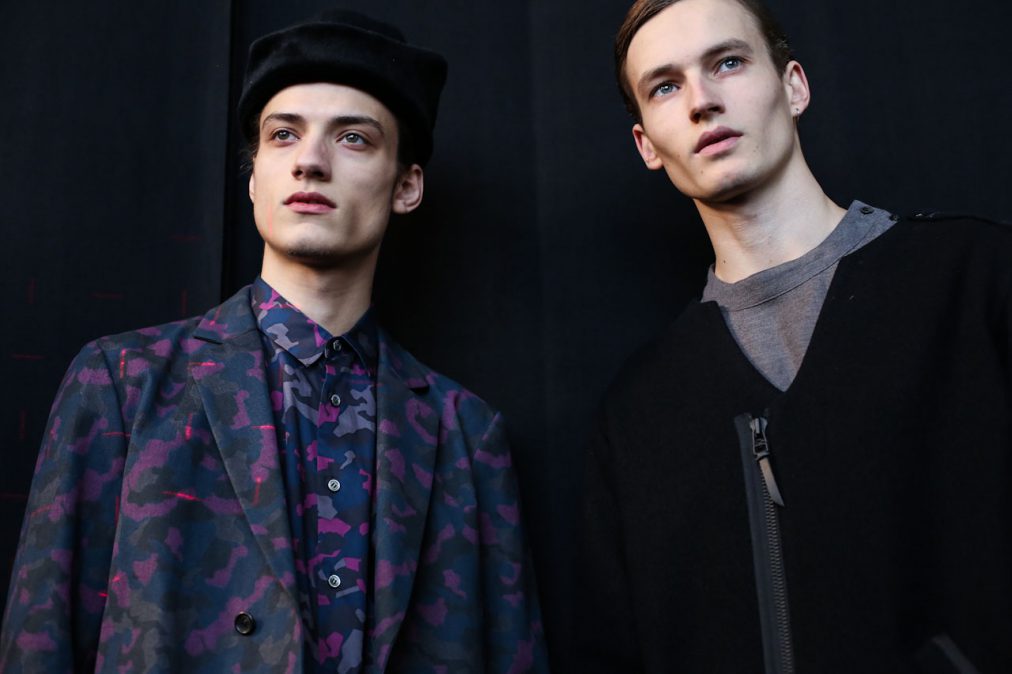 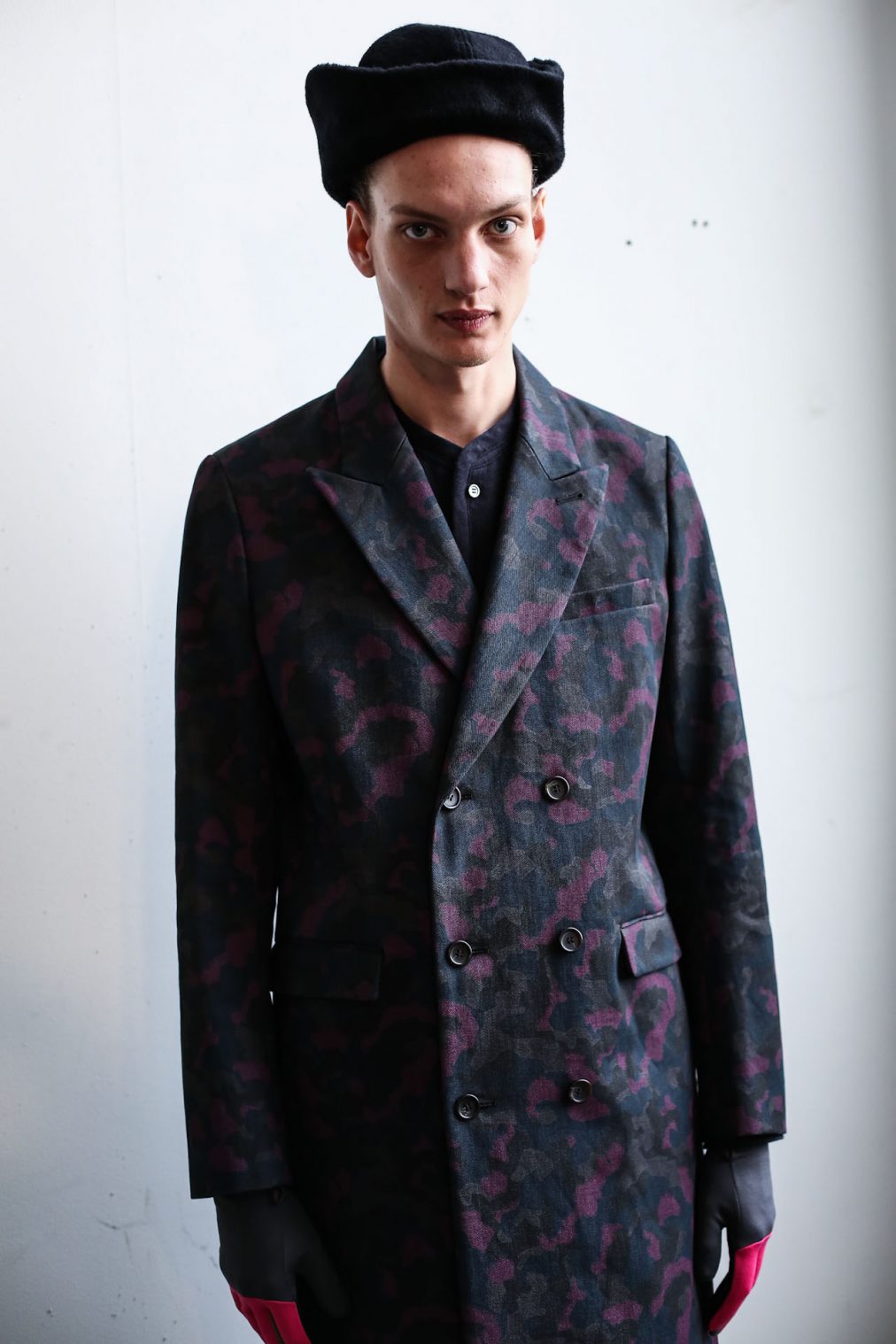 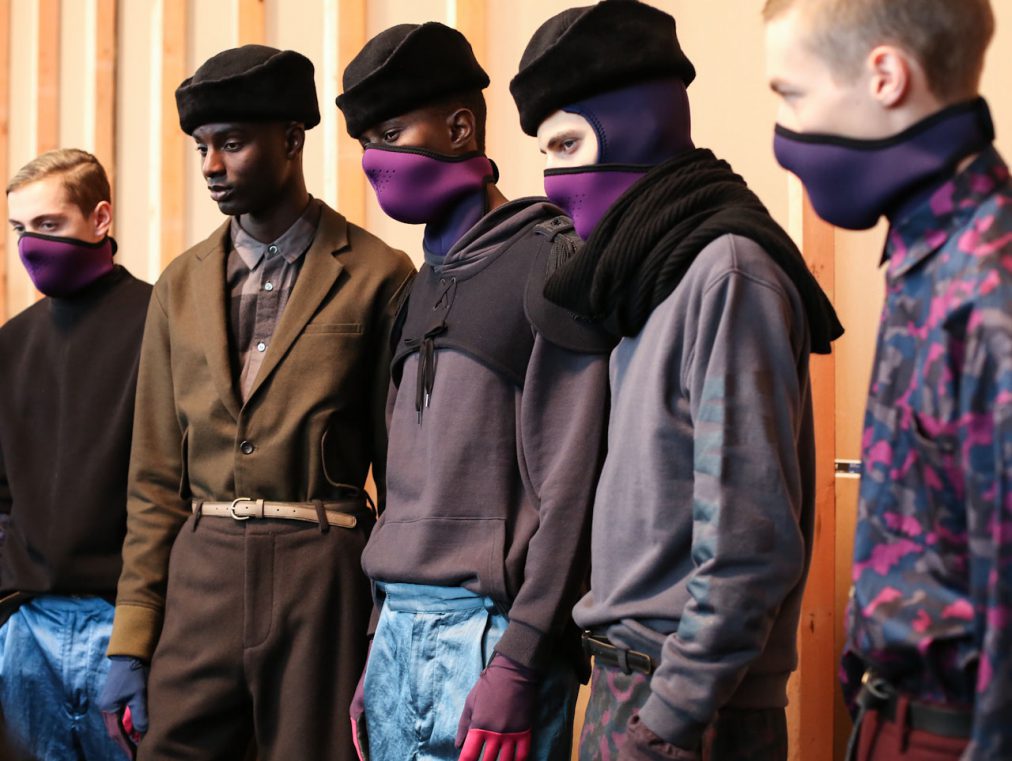 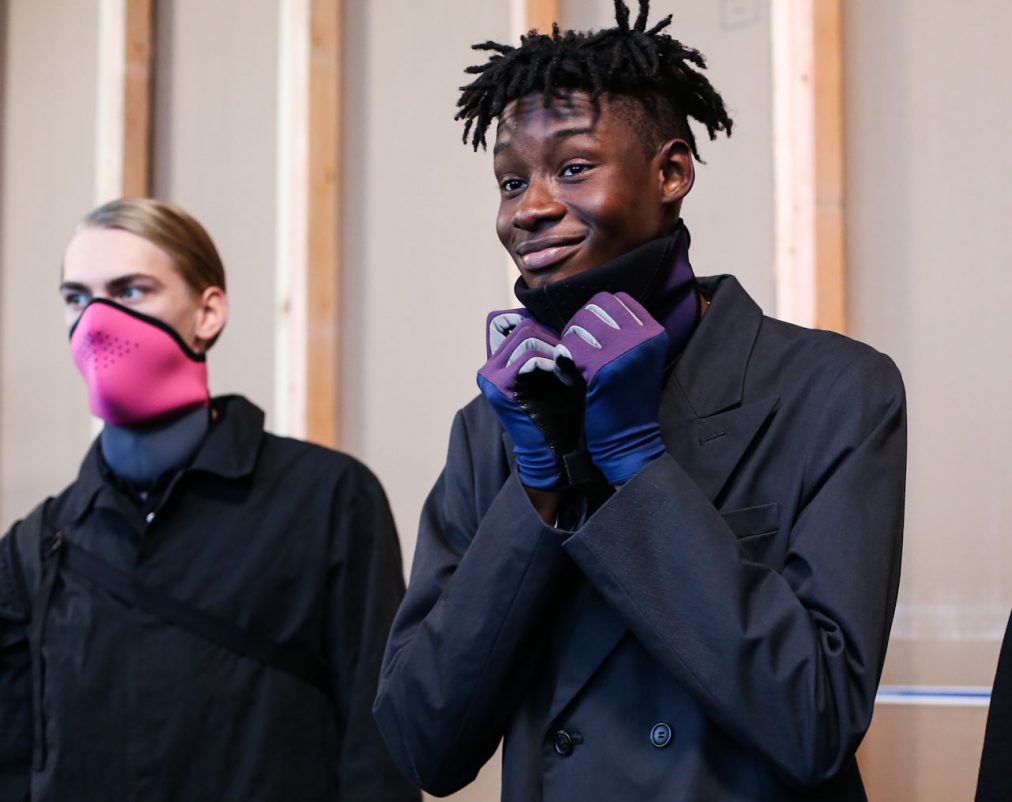 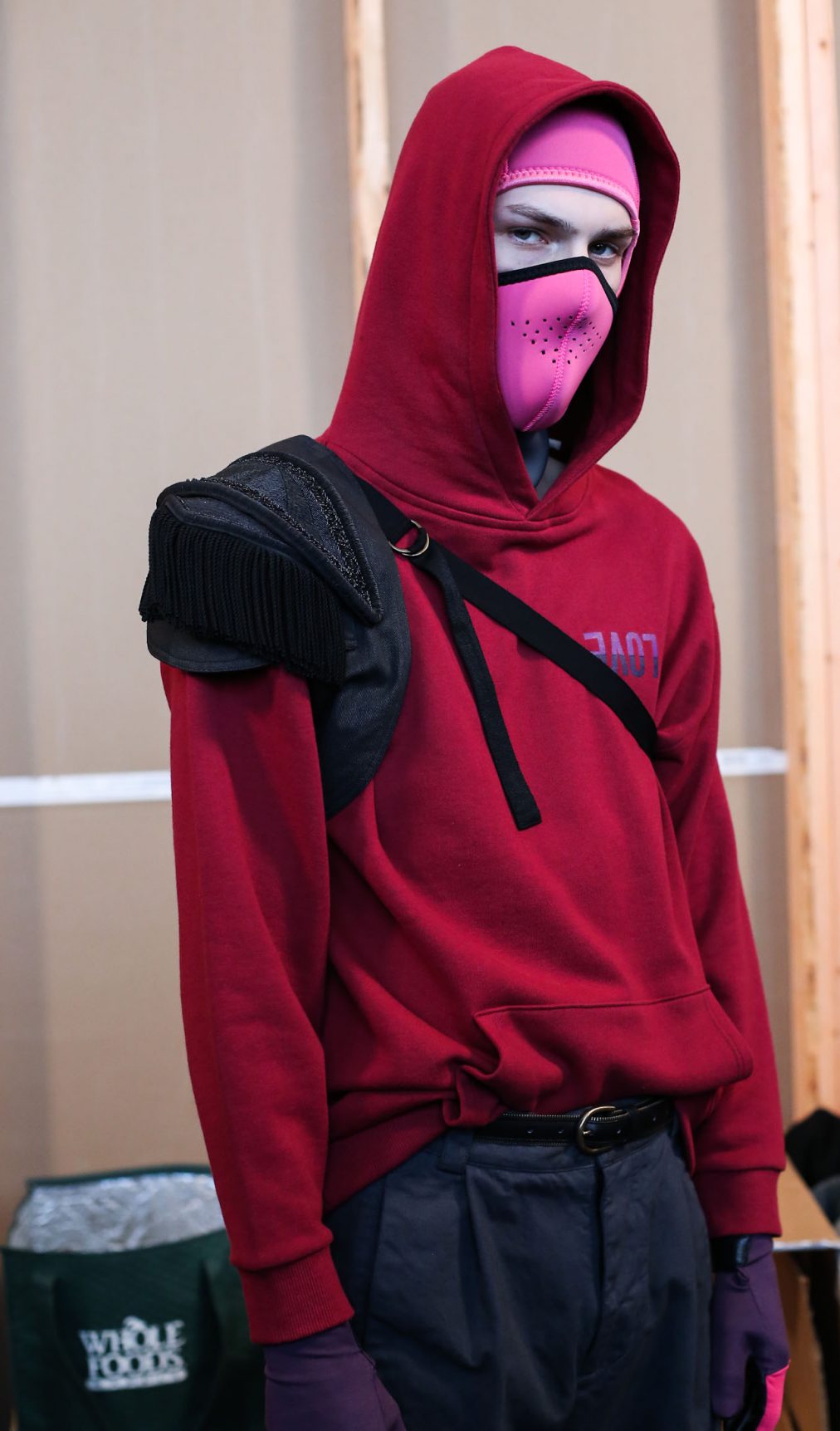 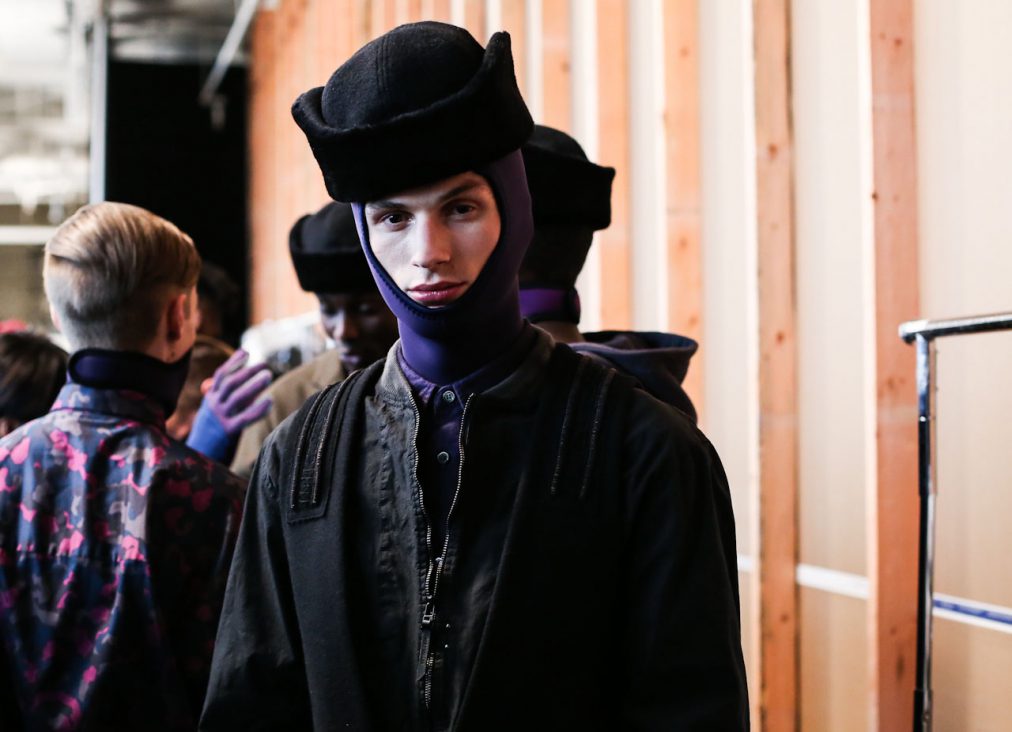 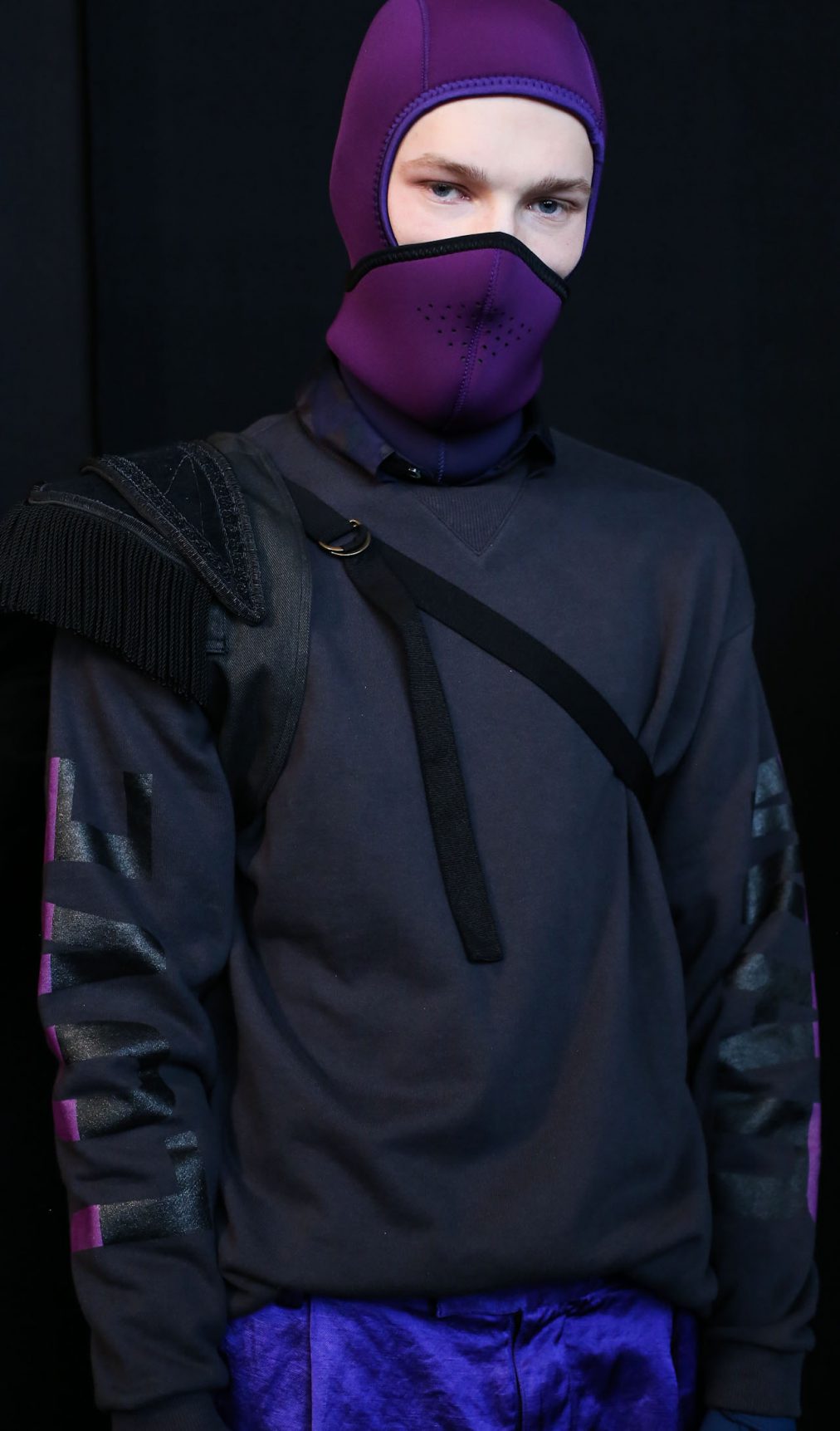 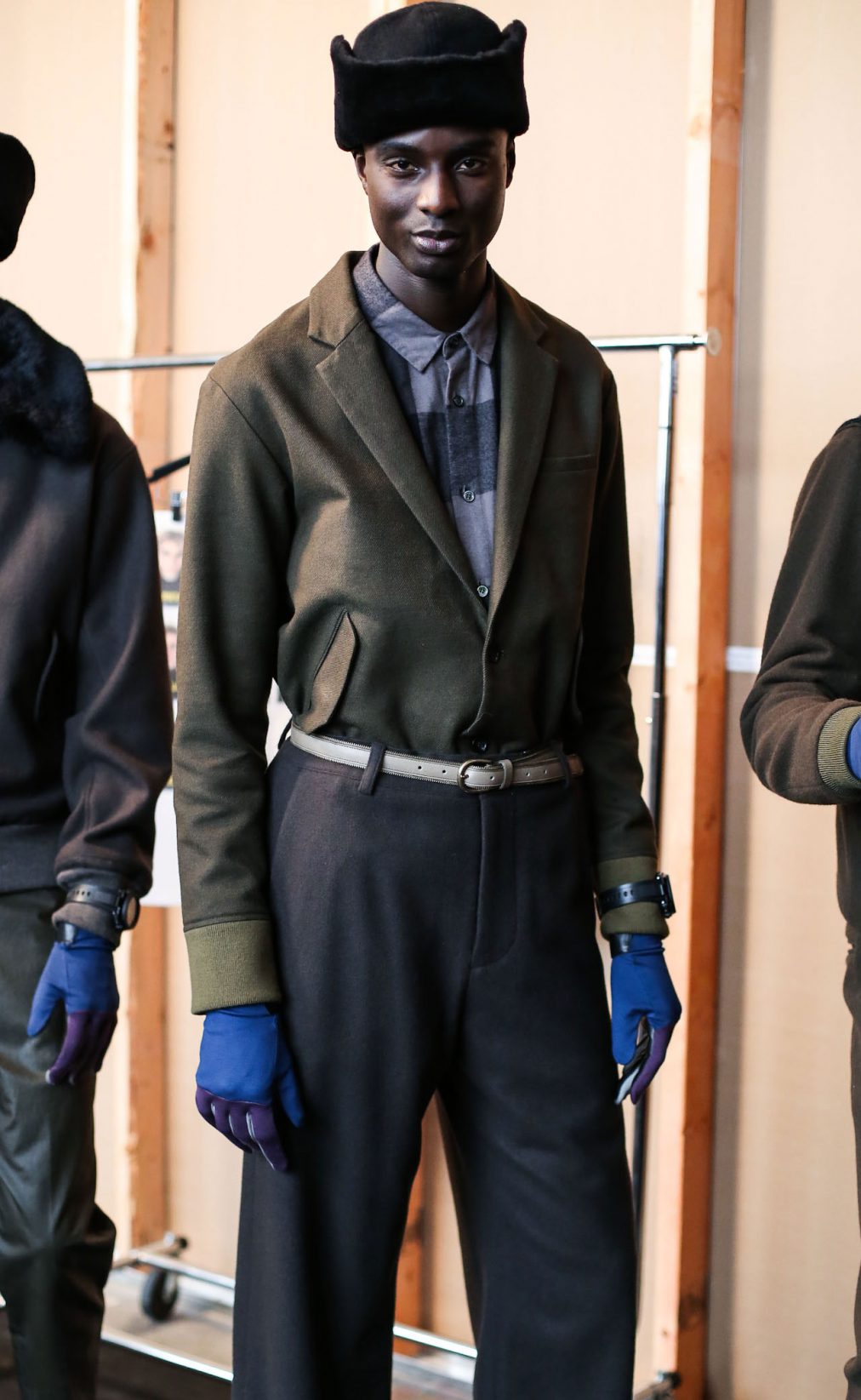 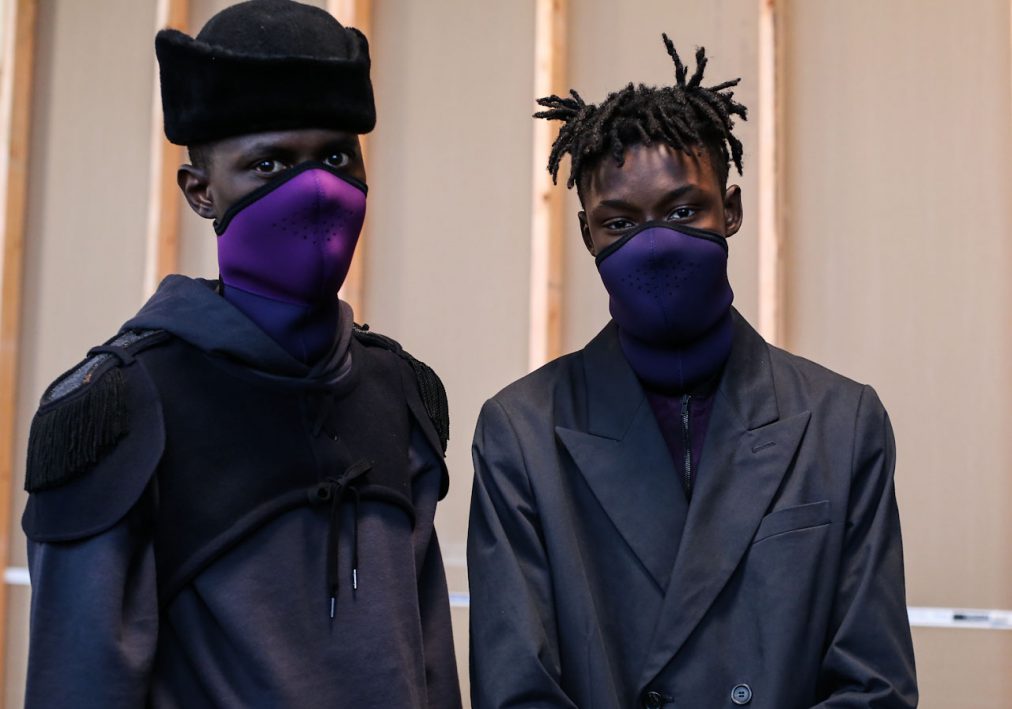 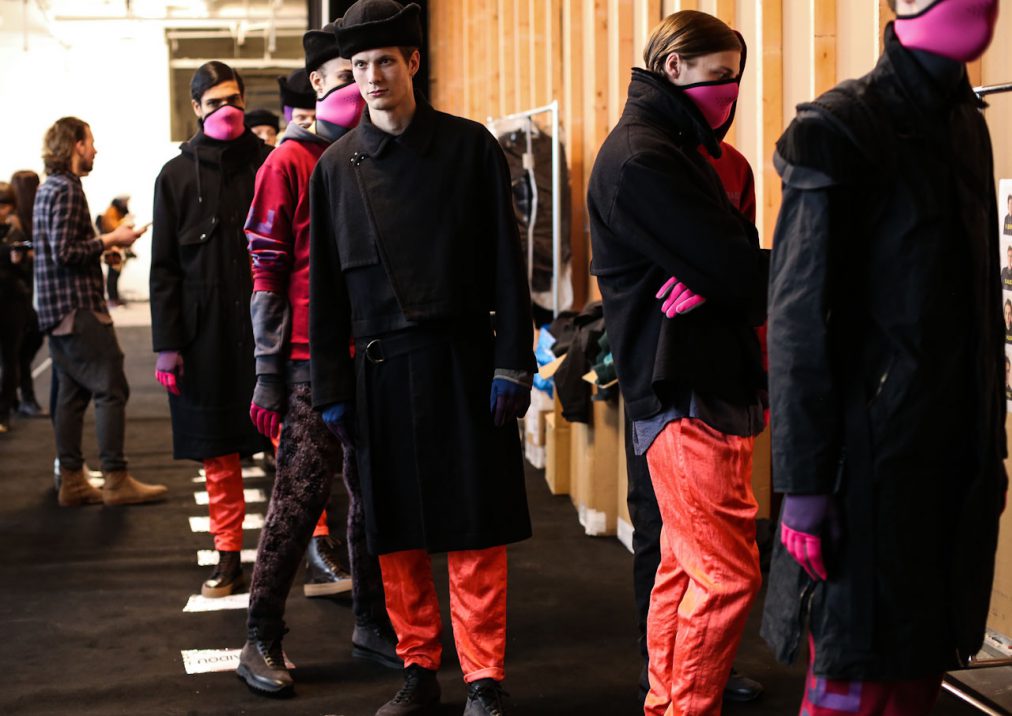 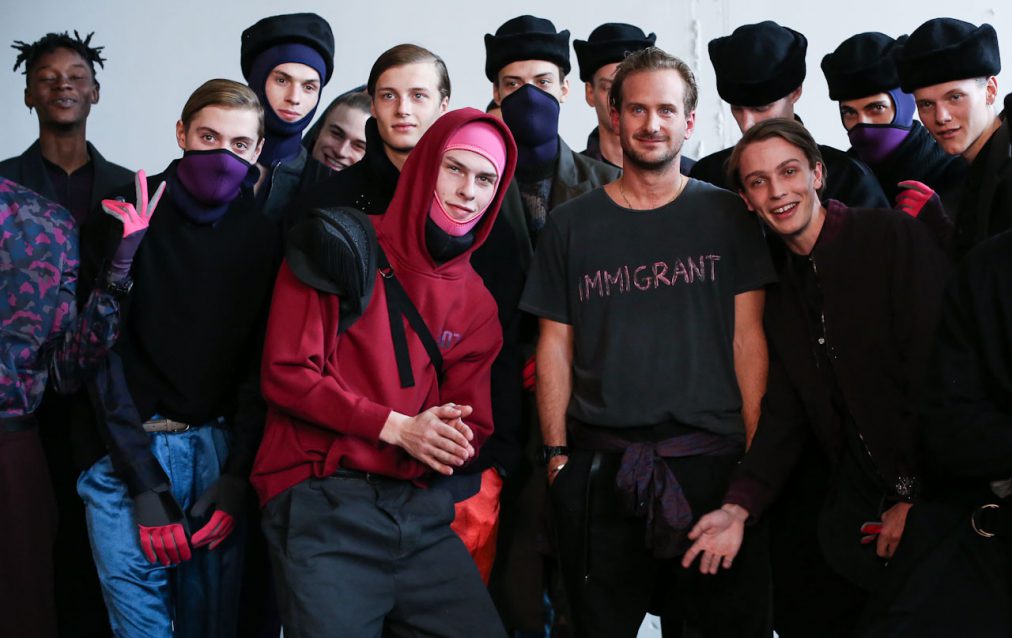