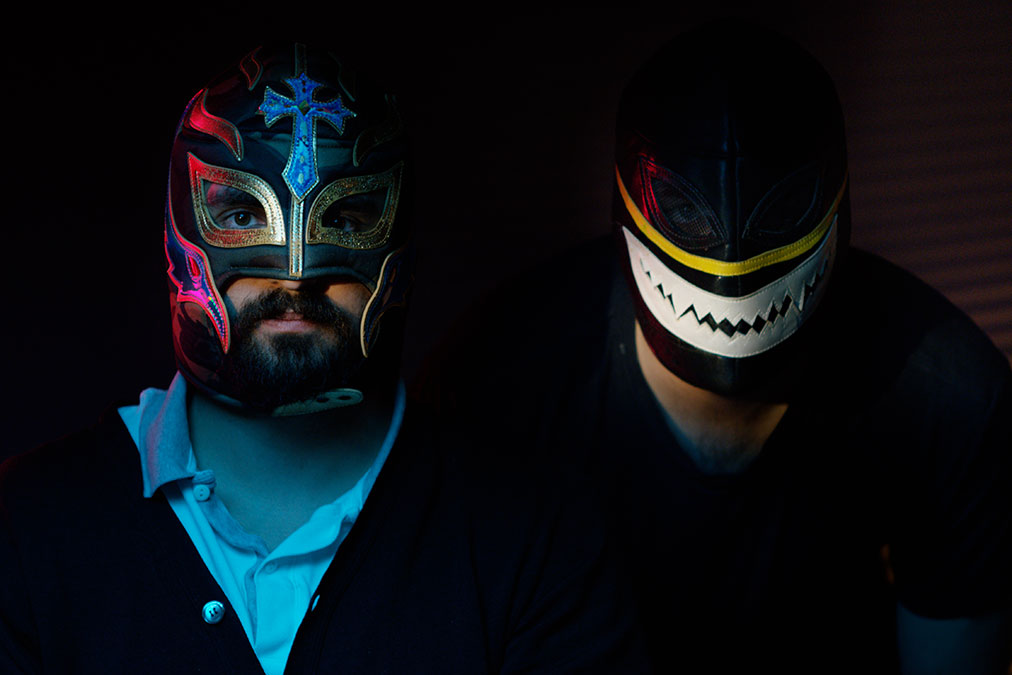 By now you’ve seen (or rather heard) “Barbara Palvin Gently Whispers” – our take on the tingly auditory trend ASMR. The acronym was aptly abstracted to autonomous sensory model reading…considering its star. But what does the film’s directorial credit “Tn’T” stand for? Meet Tarik Malak & Timothy Douglas, the creative duo who make up Tn’T and the engine behind SWELL, a highly-acclaimed creative content production company in New York, founded by Malak. It’s not their first time on Models.com, they were the men behind the noir short “The Interloper” starring Catherine McNeil and before that a Juicy Couture fashion film starring Edita Vilkeviciute (an exclusive sponsored launch on Models.com). They’re no strangers to mixing super beauties into the world of high concept cinema, an advantageous position to hold just as the gap between fashion and film becomes more nebulous and competitive with big brands obsessing over motion content. Their work boasts impressive names like Liu Wen, Stella Tennant and Freja Beha Erichsen, including the aforementioned who lead in a varied array of projects for Nowness, Vogue Korea, CR Fashion Book and a collection of high-end clients. Following the release of the latest Models.com and Tn’T collaboration, we spoke with Tarik and Timothy (who enigmatically and routinely sport luchador masks in photos and on their Instagrams) to suss out the specifics of one of New York’s most captivating creative partnerships. Also don’t miss Barbara in the bloopers reel below!

SWELL, what’s it about in a few words?
T: A production company, a post-production studio, a bunch of creative warriors.

Tim: Yeah, it’s a company dedicated to making the most out of content, especially where fashion and luxury are concerned.

What are you each about in a few words?
T: Half French, half Brit’Indian. New Yorker. But mainly French if you base that on my wine and bread consumption. I enjoy a good fight, and love to binge on movies when up in the air.

Tim: I’m about the work at the moment. I love the travel, meeting new people and working on these projects, it’s challenging and a lot of fun.

Can you define your roles regarding process and production?
T: Used to be a tad more specific, but now it’s really random, depends of the jobs. We both write, come up with ideas, concepts, references… On set we both take care of cinematography, blocking, actors directing, etc. I guess for Post, roles are more defined: Tim edits and I grade, but we both have input in every step essentially…

Tim: If I had to narrow it down, I’d say my opinions are more edit oriented and Tarik’s are more art-direction oriented. But like he said, the lines are pretty blurred at this point.

What’s the biggest benefit of being a directorial duo?
Tim: You work more toward a collective goal and body of work rather than a personal vision within this particular field. It’s a collective collaboration that forces you to think beyond where you’d normally go.

T: Keeps you humble. Always someone to criticize your ideas and call you a cunt.

Tim: That doesn’t speak well of how I give feedback.

What would you say is the Tn’T signature?
T: High formal quality, technical, referential and tongue-in-cheek (borderline absurd). Also we don’t take ourselves too seriously and I think it shows. Genre-wise, we do a lot of fashion/beauty, but we do also sports, lifestyle and pretty much everything. Our inspirations come generally more from the feature world.

Do you have any production horror stories?
Tim: I had the flu once during a TV spot and had overdosed on nyQuil causing me to pass out in the middle of the set for a couple of hours. Thankfully, Tarik, the talent and crew were especially sympathetic and just kind of worked around my lifeless body. That was pretty bad… the spot turned out pretty good though, perhaps that should tell me something.

T: Not really. So boring.

You both have pretty colorful pasts as far as where you’ve lived. How do those combined experiences influence the way you work?
Tim: I can honestly say I don’t really know much about Tarik’s past! It’s obvious that we hold the same enthusiasm for the same things yet with very different perspectives on them.. I suppose that speaks to our past experiences.

T: Weirdly we have a lot in common. From random video games we used to play as kids to semi-obscure English TV shows references. But yes I feel like our backgrounds and travels and life experiences have a lot of influence on what we like and how we work… And where we want to go. 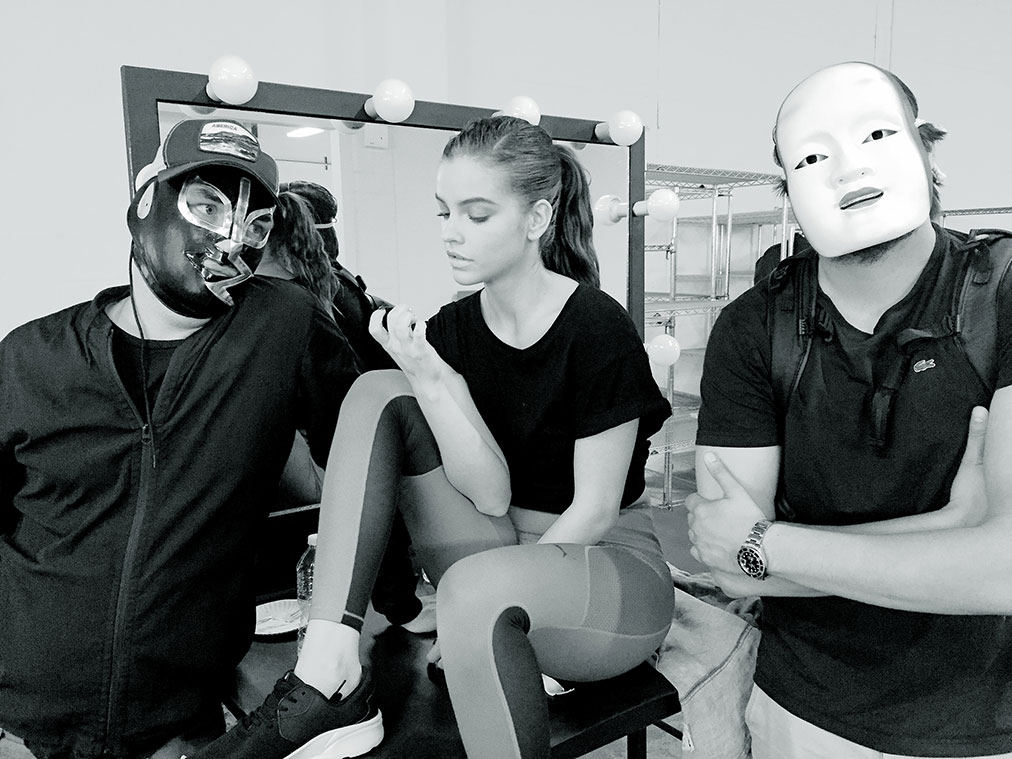 Now New York–what does it have to offer in comparison?
Tim: New York is the one place I’ve lived where everything and everyone is geared to getting things done. I love that.

T: Love New York. Except for the construction noise. Who gives all these people permits? Apart from that, I really love New York. Oh except for that very specific block on 5th Avenue.

How has your work evolved over time, from individuals and to a team?
T: My technical knowledge has evolved for sure. With time I’m also resurfacing my initial love for story structures and bigger scale narratives–I studied literature and used to think of myself as a writer… Our work is evolving towards more narrativity, more emotion and better storytelling. At least that’s what we’re aiming for.

Tim: We set out to offer high-end content to fashion and luxury brands, using advanced creative techniques and workflows on campaign films. I feel like we succeeded in that. In our personal work, we set out to try new things, to be bold, to win or fail in a big way. That was our premise and contention from the beginning. I think we have both come to see the potential in taking this project further into other territories.

First time you shot a moving image?
T: First film I shot was my cousin’s wedding. Recorded it on an old school videocamera, on tape, and dubbed the whole thing with silly commentaries without telling anyone. Was a pathetic attempt at being funny… They still won’t talk to me.

Tim: It was a film called ‘Parallel Dimension’ with my friend Pete Birch in 1989, I was hooked from there on.

Where do you come up with your best ideas?
T: The usual. Best ideas usually come from an old episode of the Simpsons, or a random movie or manga, some Internet trend, most great video games, or some insane Japanese TV commercial…

Tim: When I’m alone in a crowded place. Lol, so cheesy, but so true.

Have anything in the works that’s particularly exciting?
T: A few things. Personal projects and longer formats in particular…

Tim: He’s alluding to a feature film that I’m really excited about, I think it will surprise a lot of people.

Lastly, Favorite films?
T: Top of my head: The Shining, Hana Bi, Taxi Driver, Full Metal Jacket, City of God, 8 and ½, Un prophete, Zatoichi, The Big Lebowski, Casablanca, Spirited Away, Ghost in the Shell and so many others.

Tim: ‘Ringu’ is my favorite film and book. I loved ‘No country for old men’, I saw the devil, Sideways, Buffalo 66, Spirited Away, the Innkeepers. I dunno, I think I tend to like films that have a strong emphasis on tone.

Favorite online video?
T: Kinda like that ASMR one we did together. That makes me sound bad, doesn’t it?

Tim: Oh man, there’s a question. I watch such a weird mix of online stuff, but to keep it within the realm of relevance I actually really, really enjoyed the Sasha Melnychuk video you guys posted a few days ago.

Check out more of their work on their personal website here. Show of Hands
NEXT