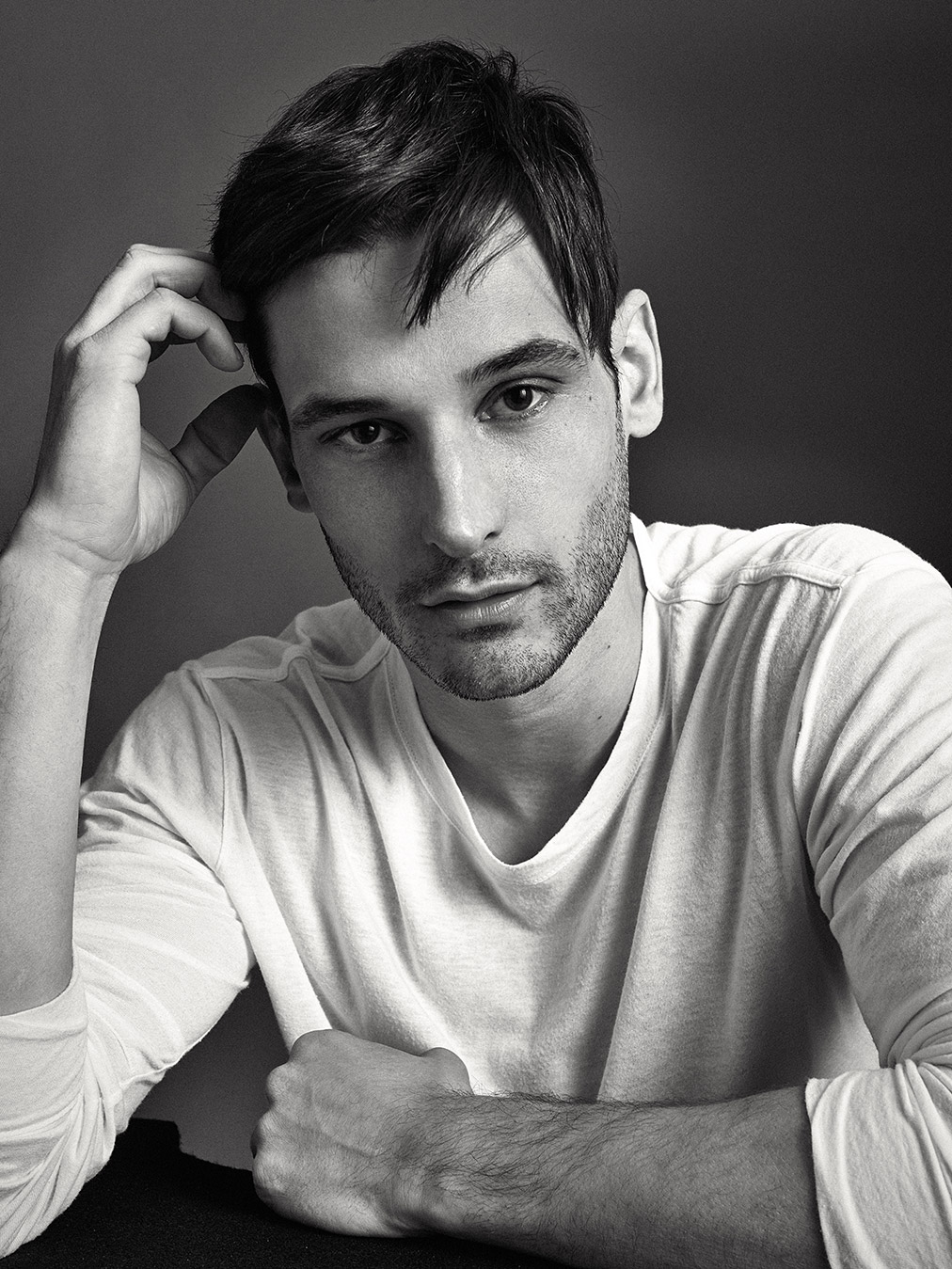 Last September, just months before its untimely end, Details Magazine pulled off a casting coup of epic proportions, with a cover shot of thirty-one top models, from longtime superstars to impressive new faces, arranged class-photo style for Mark Seliger’s camera. Near the center, right between Tyson Ballou and Mark Vanderloo, was a face many in the industry hadn’t seen in years, but who was still recognizable from his heyday over a decade ago, when he fronted campaigns for Dolce & Gabbana, DKNY, and the Gap, as well as fragrances for Dior, Yves Saint Laurent, and Hugo Boss. Julien Hedquist had returned.

For a notoriously fickle industry, fashion turns out a surprisingly robust share of comeback stories. Many models take time off for school, or to raise children, but Hedquist’s hiatus was entirely unplanned. In 2006, after years of spectacular success, he lapsed into a coma after a prescription drug overdose from an almost lethal combination of sleeping pills, painkillers, and alcohol, and did not regain consciousness until three weeks later, then spent well over a year working to regain full use of his motor skills. “I was making money and it was a great time,” he says of the first years of the new millennium. “Then it was one stupid night of too much partying.”

A native of Pennsylvania, Hedquist was discovered at the age of sixteen in a cafe in Stockholm, where his family was living at the time after his father had been transferred there for work. Hedquist picked up modeling jobs quickly, and tried to balance his new career with his schooling after he moved to California to study psychology at the University of San Francisco, but soon found it difficult to devote enough time to either. He decided to move to New York to model full time, and booked numerous major international campaigns. That success, however, also came with some complications. 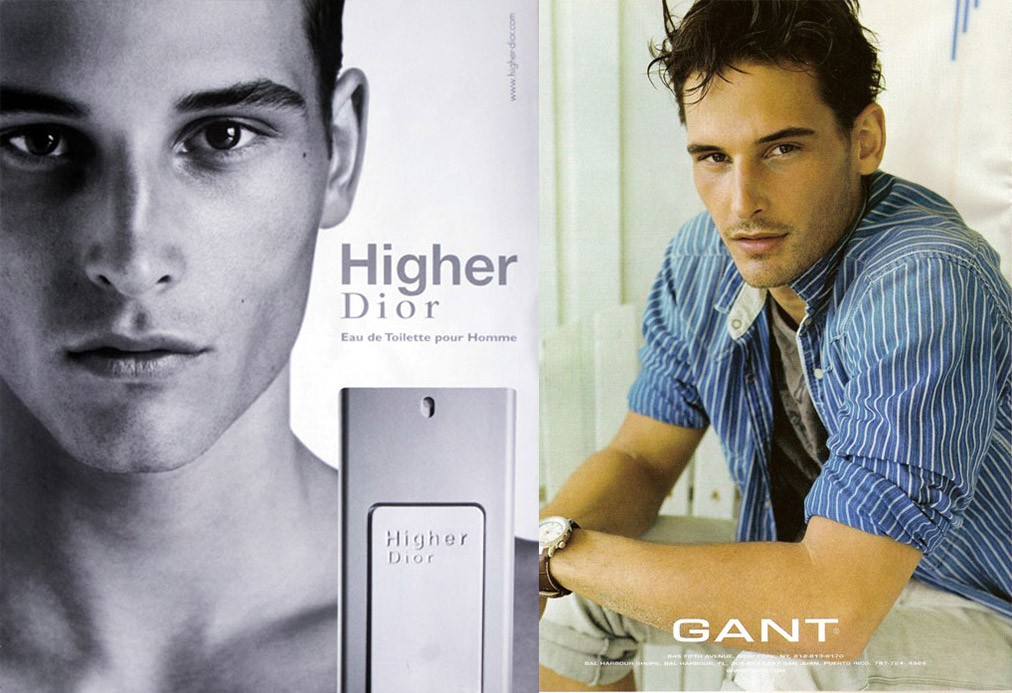 Hedquist’s accident was the result of a toxic mix of alcohol and prescription drugs, including sleeping pills, which he had been prescribed to help deal with the pressures of the job and the stress of constant travel. “I was really high-strung and anxious when I was little,” he explains, “and, when you’re a model, there’s this projection put on you that you are special in some way that you have to embody on set. That pressure is sometimes hard to compartmentalize in your real life.”

“It was a maturity issue,” Hedquist emphasizes. “I was not equipped enough mentally and socially to deal with it. I wasn’t mature enough to work like a normal person.” He insists that he accepts responsibility for his addiction, and he is not looking to blame the industry for his mistakes.

Even as he became increasingly dependent on the pills, he says that he believed that he was still in control. “I thought I could handle it, but just like everybody else who’s in that position, they’re in denial and they think they can handle it until they can’t and they end up in a coma. I couldn’t, and I failed.”

Coming out of his coma, Hedquist was initially unable to see and was a quadriplegic. His doctors told him he was unlikely to walk again, which he refused to believe. At first, he spoke only French, his native tongue, but he says that he felt strangely relaxed as he learned to make his way through the world again. “Surprisingly enough, I was the most calm I’ve ever been,” he recalls. “For the first time, nothing was expected of me.” 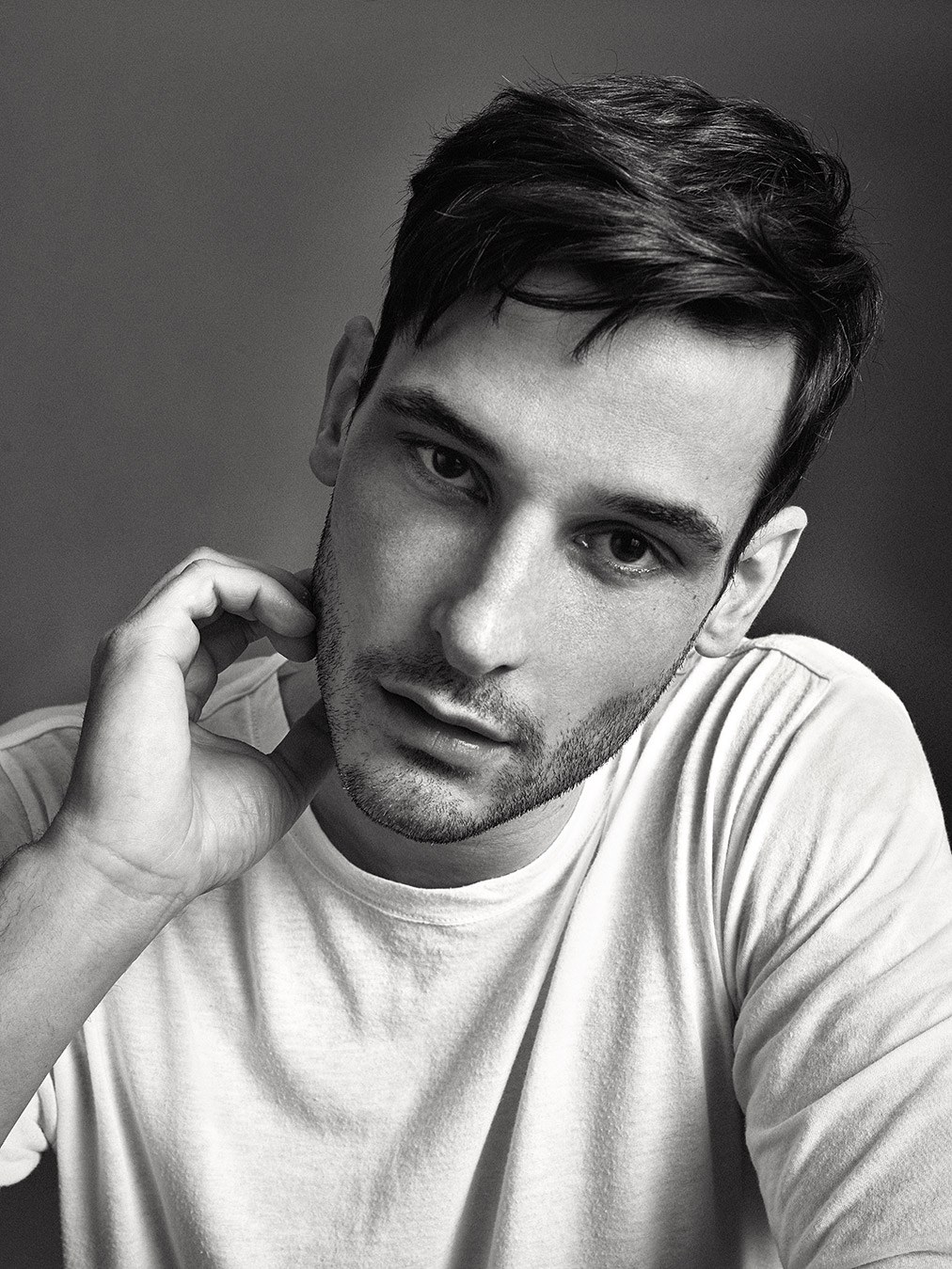 He worked through rehabilitation over the next months, slowly learning how to walk again and moving from wheelchair to leg braces to crutches. In 2008, he returned to school at Penn State to study business, interning on the business side at Tom Ford and DNA Models (New York) during his summers. He was hired as a booker at DNA after graduating in 2012, and was eventually convinced to pick up modeling again a couple of years ago, first signing with IMG before moving back to DNA, where he remains today. He says it’s a great feeling when he meets some clients today who still remember him from before.

During his time working at DNA, Hedquist was surprised and pleased to find that many of today’s models seem to be better equipped to deal with the stress of the industry. “A lot of them have their heads on straight,” he says, “which is refreshing.”

Still, he says that if he could impart a lesson he learned through hard experience, it would be that “it’s ok not to be perfect. I think we put way too much pressure on models, and if you’re not mature enough to deal with that, that’s where the problem comes in.”

And he admits that, in some ways, he is actually somewhat thankful for his overdose, which he credits for helping him rethink his priorities and perhaps saving him from an even worse fate down the line. “At that point, modeling was done, and I just focused on education,” he says. “With every bad, there’s a good, and it really focused me on what’s important.” Having come through adversity, Hedquist says that he is lucky to have had the support of the industry as he got back on track, and now finds himself in a stronger place as he looks forward to what’s ahead.