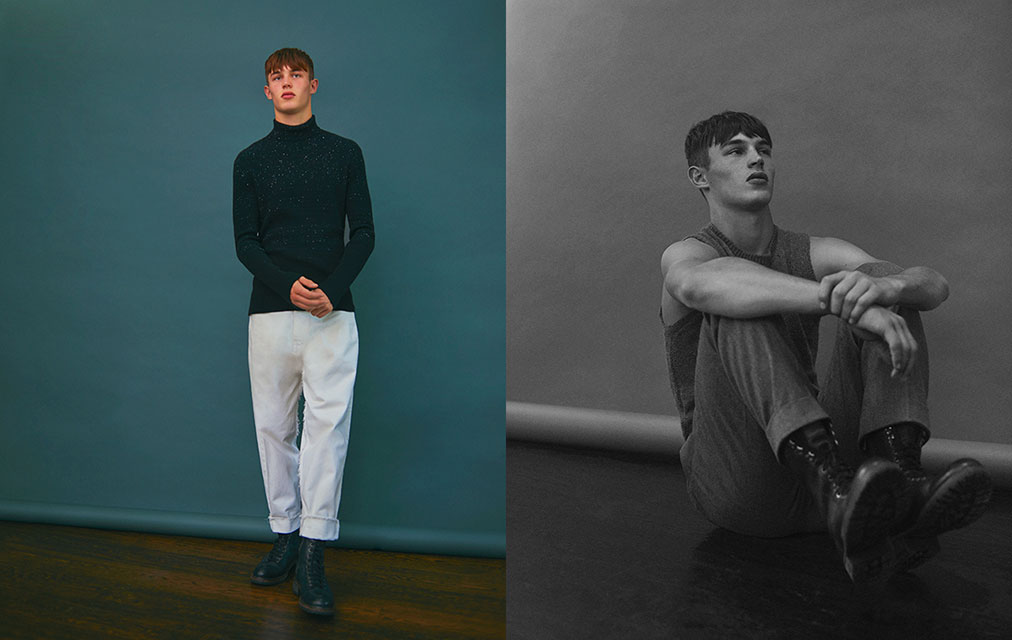 Left: Turtleneck and boots by John Varvatos. Jeans by Liam Hodges. Right: Vest and pants by Caruso. Belt by McQ. Boots by McQ.

Over the past year, the international accessories powerhouse Coach has exploded onto the ready-to-wear scene, as new creative director Stuart Vevers has injected the brand—formerly best known for its handbags in a serifed C print—with a fresh spirit and youthful energy, adding edge and wit to what was once a somewhat middlebrow label. Anticipation was high for the company’s first menswear collection, which showed in London last January, and Vevers made a powerful first impression with show opener Kit Butler, the 17-year-old from Oxford who was making a very memorable début of his own. “I opened Coach for my first show,” he recalls. “That was just crazy. At the time, I didn’t quite realize how big that was. I was like, ‘Oh brilliant, I’m going to go out first,’ but I was also really scared because I hadn’t done a walk before.” The show stood out for other reasons as well, he laughs. “The shoes were a bit big for me as well, so it was also a bit of a challenge to keep them on my feet, so that was very memorable for me.”

Since then, Butler has also popped up in shows for Calvin Klein, Tommy Hilfiger, Ralph Lauren, and Thom Browne, as well as in editorials for Hercules, Wonderland, and Client, a standout first year for the newcomer, who was discovered by a former model while helping his uncle build an aerodrome. “Initially, I wasn’t sure what I thought about modeling, but I thought it was an interesting opportunity, so I pursued it,” he says about first being scouted. A few weeks later, he was signed with Next in London. 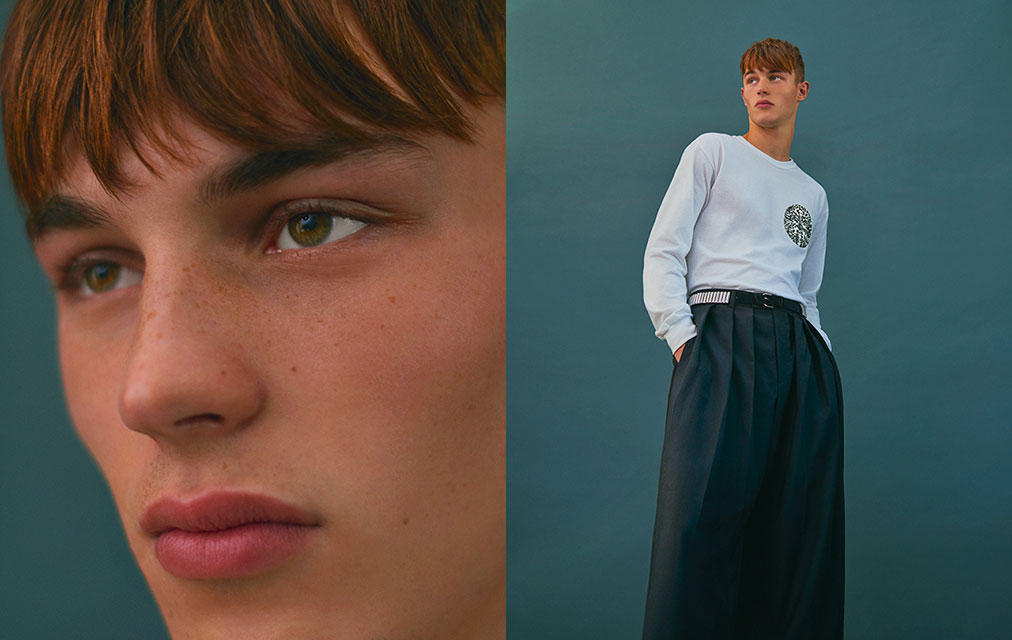 Right: Top by Liam Hodges. Pants and belt by McQ.

Butler says that his ideas of the industry had been shaped by films like The Devil Wears Prada, but that he quickly realized that it wasn’t all exactly how it appeared on screen. “The film makes it out as being very glamorous for the models, and I think to an extent it is,” he explains, “but also when I started out, it was funny because I’d go into London and I’d go to someone’s flat for a casting or go to a photographer’s house and do a test shoot with him, so it wasn’t quite how I pictured it. But it’s really nice the way it is, I think it’s very personable.”

Butler left school last summer to focus on modeling, but he is still studying on his own for university admissions exams, saying he hopes to focus on sports science with the eventual goal of becoming a physiotherapist. An intensely dedicated athlete since his youth, he says he had to give up rugby for his new career, but he is even more regretful about no longer being able to ski, which he picked up at the age of five after his family moved to Italy from England and for which he trained competitively, eventually racing in the Italian national youth finals. “I loved the speed of it, definitely,” he says. “I very much enjoyed the adrenaline, the competition, the hard work that you have to put in. The precision for me was cool, being able to go down a ski run knowing that there’s three hundred boys competing and if I’m not a tenth of a second faster, I could drop from first to fourth.” 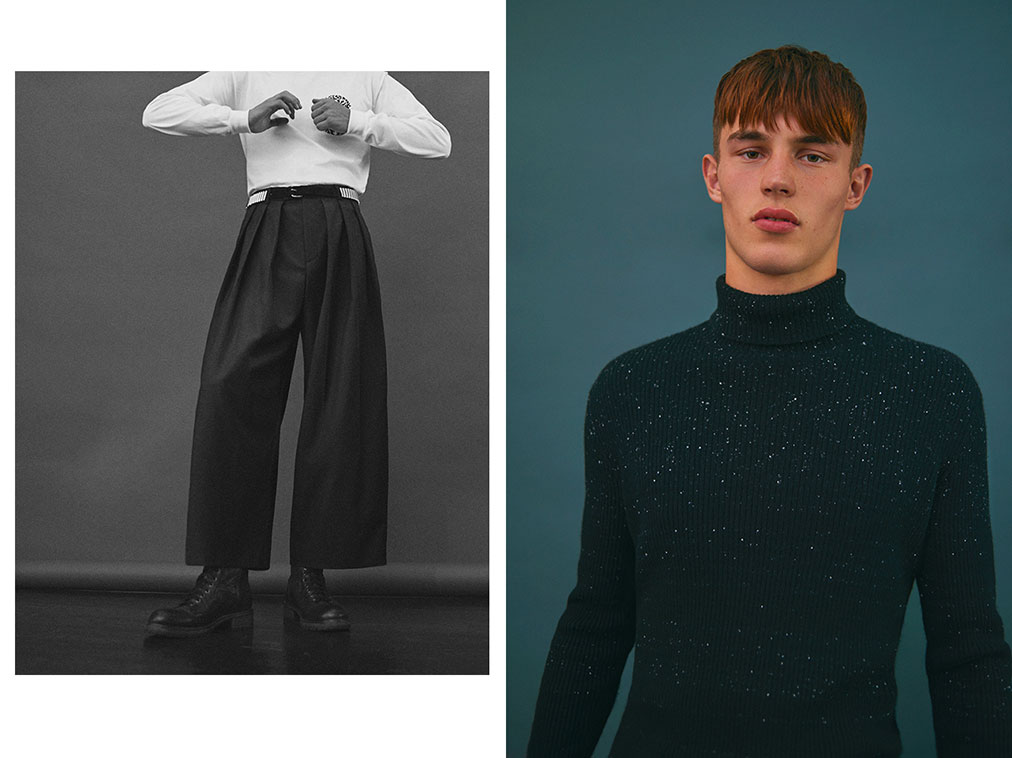 The rigors of training and competing, of waking up at five in the morning to make it onto the slopes by seven, taught Butler discipline, while traveling for races helped him mature faster, which has come in handy as his modeling career has taken off and brought him as far away from home as South Africa for work. He also credits his former pastime—which became impossible to maintain after he moved back to England with his family at the age of eleven—for his intense drive to keep improving himself, which has translated nicely to his new work. Just a year in, Butler is already well established, but he remains refreshingly humble despite his impressive success. “I really want to learn as much as I can about the business,” he says. “When photographers take pictures of me, I really like to look at them and see what they’re looking for and just learn how to improve so I can do the job better.” 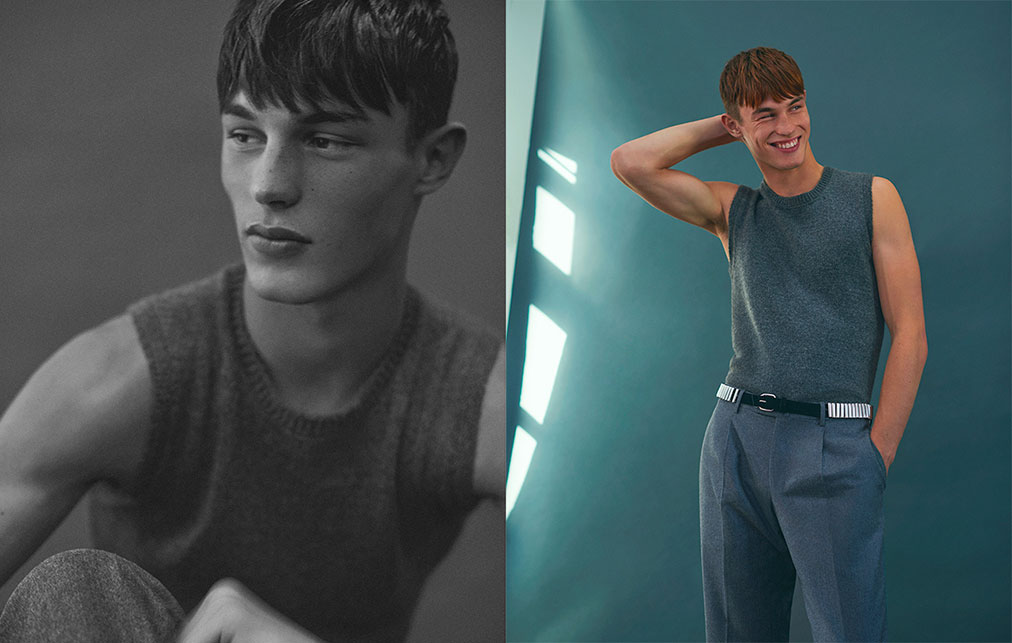