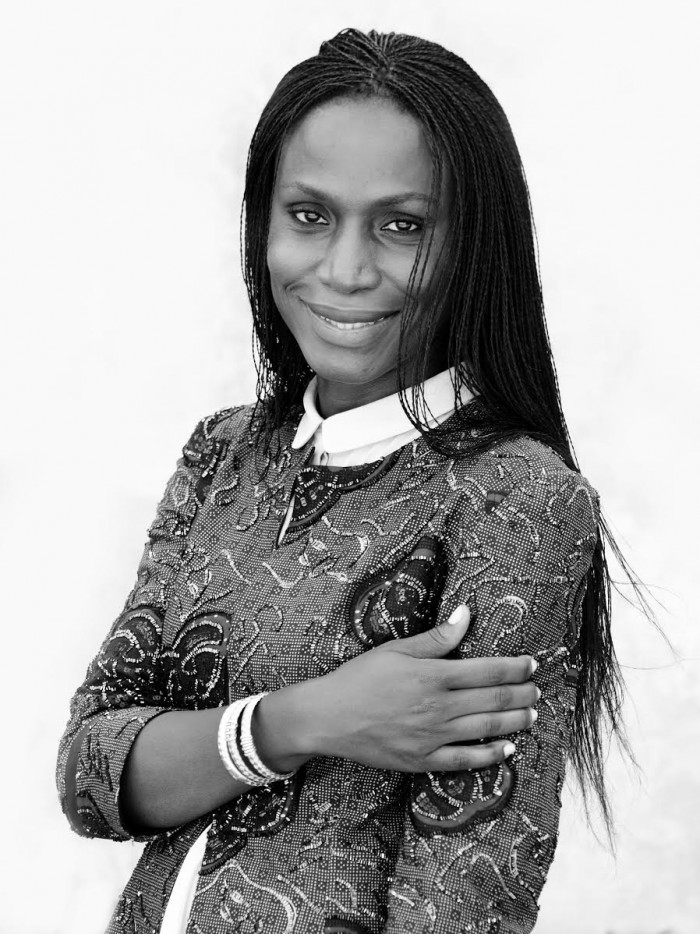 Omoyemi Akerele is a woman that wears many hats, none more influential than her title as the founder of Lagos Fashion and Design Week. She also stands as the creator and artistic director of creative agency, Style House Files, that focuses on the global advancement of African designers. Her goals for designers in the blossoming hub are to the point – taking them to the next level in production, exposure, and retail. We spoke to the maven about the current state of the fashion industry in Nigeria, the challenges of production in the country, and what’s set for Lagos for the next five years.

You’ve had such a busy week! As it’s coming to a close finally, I wanted to look back at the 5 years of what Lagos Fashion and Design Week has evolved into. Let’s take it back to the beginning and ask why you wanted to start a fashion week and bring a bunch of designers together? What was the need or drive behind it?

Starting out we weren’t the only fashion week platform around, that was for certain. Lagos Fashion and Design Week came together when we realized we wanted to do things a little bit differently than others. We wanted to concentrate a little bit more on what happens when the lights go out in terms of working with designers and figuring out initiatives that could support them. Bearing in mind that the industry was still growing and evolving. It doesn’t function the same way it does in the fashion capitals. It’s not like two days after the show you’re in the showroom and buyers are placing an order. For us, it was important to figure out how to we could connect the dots for designers in a small market like this.

We thought OK let’s bring the designers together, show the world that there is a bit of creativity here and that we have talent, and behind the scenes try to figure out how to work with our resources. How do we contribute to education and skills development? Connecting the creative side of with the business side of things.

Fashion is a growing sector and Nigeria as a country has had such a big boom economically. Has there been any effort or interest from the Nigerian government to invest in fashion initiatives?

Yes, the government through the Bank of Industry has allocated funding for the industry. However, it’s a loan not a grant so to access it designers have to present proper looks to be considered. In addition, with manufacturing they’re beginning to explore partnerships between existing states like Lagos State, Anambra State, Kano State where they create hubs that designers, local tailors, and manufacturing companies can set up shop. The Nigerian Export Promotion Council which is a government agency has a mandate that is simple – invest in the non-oil sector. So everything from agricultural to textiles are direct beneficiaries of that. Five years ago that wasn’t the case.

You spoke briefly about manufacturing and I was curious on how Nigeria is dealing with the need to mass produce in order to get designers to the next level. Are you able to fit the demand? What is being done to expand factories so that designers don’t have to go out of the country to create their lines?

The reality is that it’s going to take a while to get to the next level. However, it’s being done in different ways. We have large scale companies that manufacture work uniforms for the masses. That high quality craftsman on a larger scale is what we need to achieve. There’s no formal retail here so the demand is different. The question has always been what comes first – the chicken or the egg?

Designers need help though. They’ve been traveling to other African countries, to Europe, to the US in order to get their collections done. Which is why a lot of government agencies are taking it upon themselves to face this challenge head on. It will take some time but it will happen.

I notice that you guys have a fashion incubator program, Fashion Focus, that cultivates the new generation program. What are the incentives that they get when in the program?

It’s not just about showing in fashion week. We have designers go to International Fashion Showcase, which is a part of the British Fashion Council’s initiative. That comes with workshops, networking, and access to buyers which is incredible. The great thing is designers here already network with each other, bounce ideas off each other, and lend support. It’s different here because they share tailors, spacing, they genuinely want to help each other. That for us is profound and encouraging to us to make sure we cultivate this energy.

This year in an effort to support the young, emerging designers that are outstanding from the fashion and retail perspective; it comes with a cash reward that we give out based on consistency throughout the year. We are watching designers and looking for the focus needed to continue through the years and it’s not just hype. If you think about designers like Orange Culture, iamsigo, and Kenneth Ize some of them they have shown the dedication.

So, five years have happened… what’s happening in the next five?

The next five years is getting our hands dirty in manufacturing, capacity building, and skills development. As a platform, we fluttered around the idea from the beginning but we thought we would just be the connection between the manufacturers and the people. But increasingly we’ve realized that we might have to get involved with it so it not’s just about “‘here’s the opportunity“. We need to proactively build otherwise all of this won’t be possible in the next 5 years.