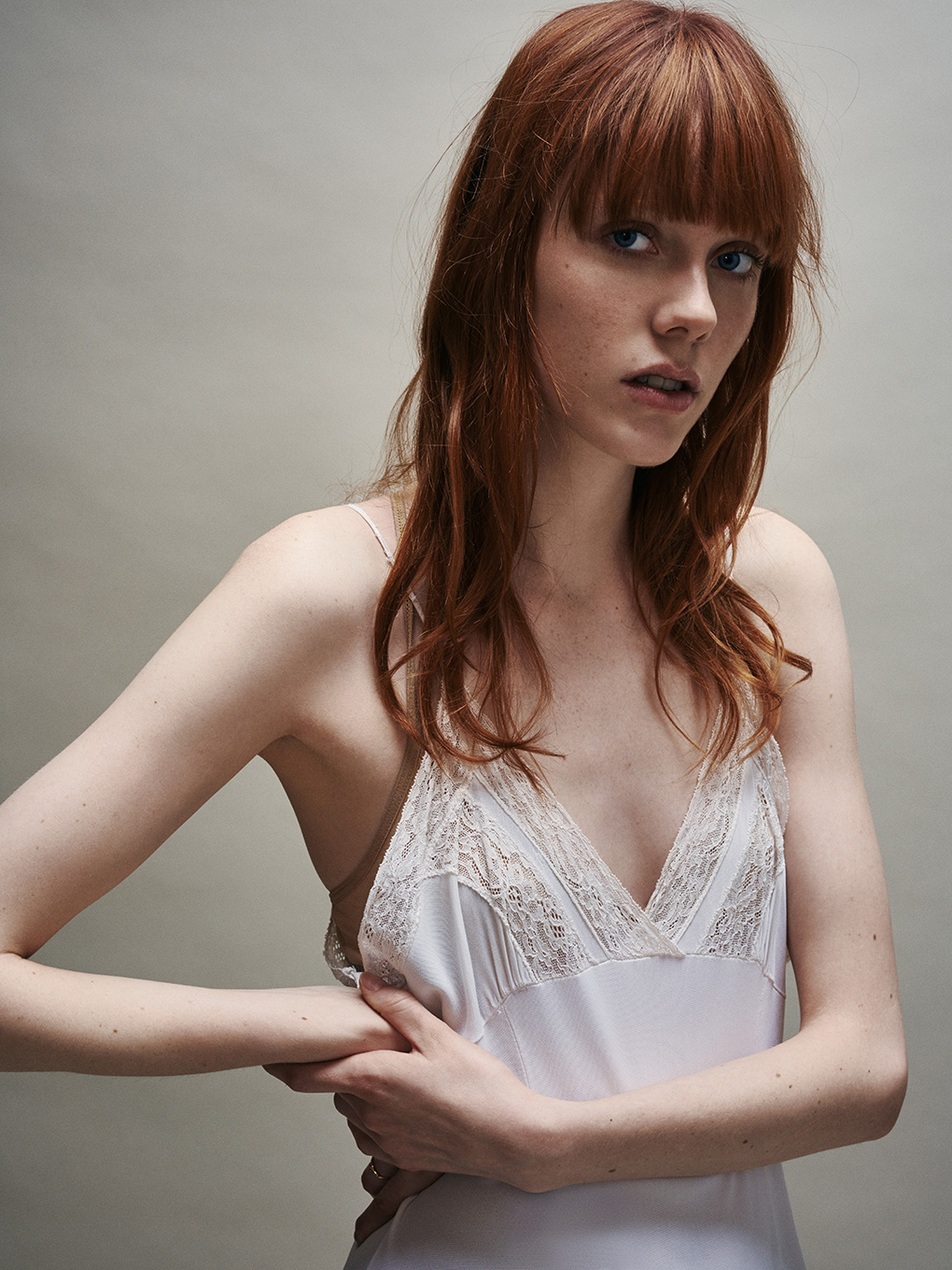 When asked how she was discovered, Dutch model Kiki Willems responds, “Which time?” Though said in partial jest, her answer obliquely paints a picture of a girl who is able, and continues, to transform herself, earning the attentions of fashion’s principal players. In Kiki’s case it’s from a fresh faced Saint Laurent muse, rakish and buzzy, to a veritable big-ticket model–capable of booking multiple top campaigns and editorials. In an industry as fickle as this, rediscovery might just be the formula to ongoing success. Now cinching her Models.com Top 50 standing, Kiki Willems shows no signs of relinquishing her status as model-on-the-rise.

All clothing by Norma Kamali

When you first started modeling, did you think it would become something as serious as it has?
No absolutely not. I wanted to start with college initially and then IMG wanted me to come to Paris for fashion week. I thought why not give it a chance, it’s definitely an experience. Never thinking I would open Saint Laurent and move to Paris to work with them.

Dutch girls are ever-present in the modeling industry, you’re friends with quite a few being one yourself. In your opinion, what makes Dutch girls such distinct, exceptional models?
I think our mentality and the values we’ve been brought up with. Dutch people are very down to earth, no one feels better than another. Most of us learned to be respectful and polite growing up.

How have you personally changed since you first started, or even just from your first models.com go-see in 2015?
Definitely. In the beginning it’s all very impressive, I remember walking in to the Models.com office being so impressed. My first time in New York, my first time in the office meeting you all. Seeing the photos on the wall and hoping I would ever shoot something so beautiful. Now I actually have these experiences. I’m a lot calmer than I used to be, way more independent and learned to be happy on my own. Something which is a big part of modeling. 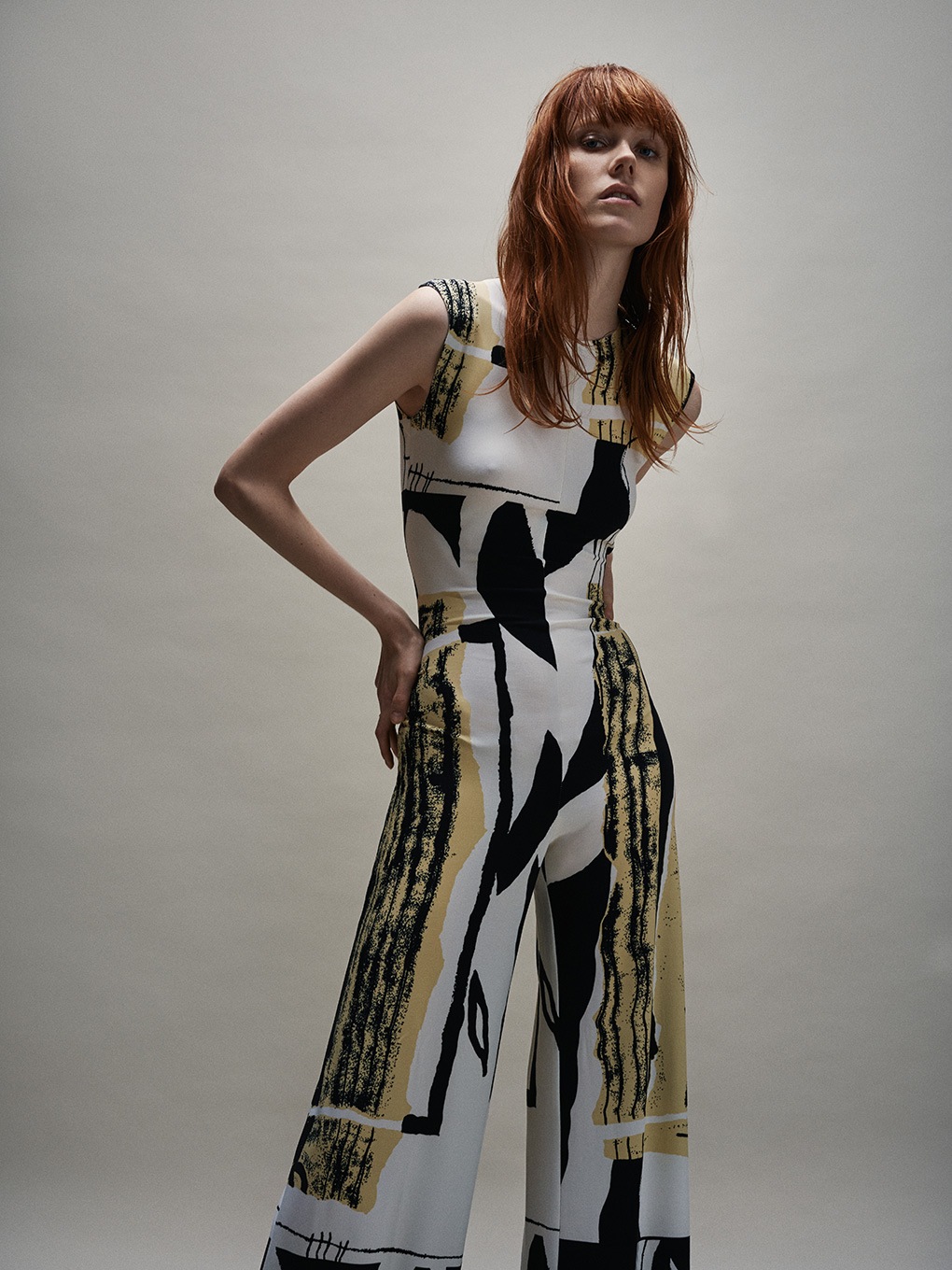 Did becoming a Saint Laurent girl influence and change your lifestyle?
Well I guess it did. Through Saint Laurent I met a lot of my good friends who kind of brought me into the scene of gigs and music. I’ve always loved music but going to gigs wasn’t really a thing in my home town.

You mentioned when you’re shooting, you aren’t yourself, but instead you are playing a role and each shoot is different. Can you expand on this?
I mean, I am myself on shoots of course, it’s Kiki who you’re shooting with. But when I get in front of a camera I like to play a character. I’ve always played theater and wanted to go to drama school. So I find a lot of this back in modeling. Now with all the shoots it’s possible to go there, those ones I find most fun. 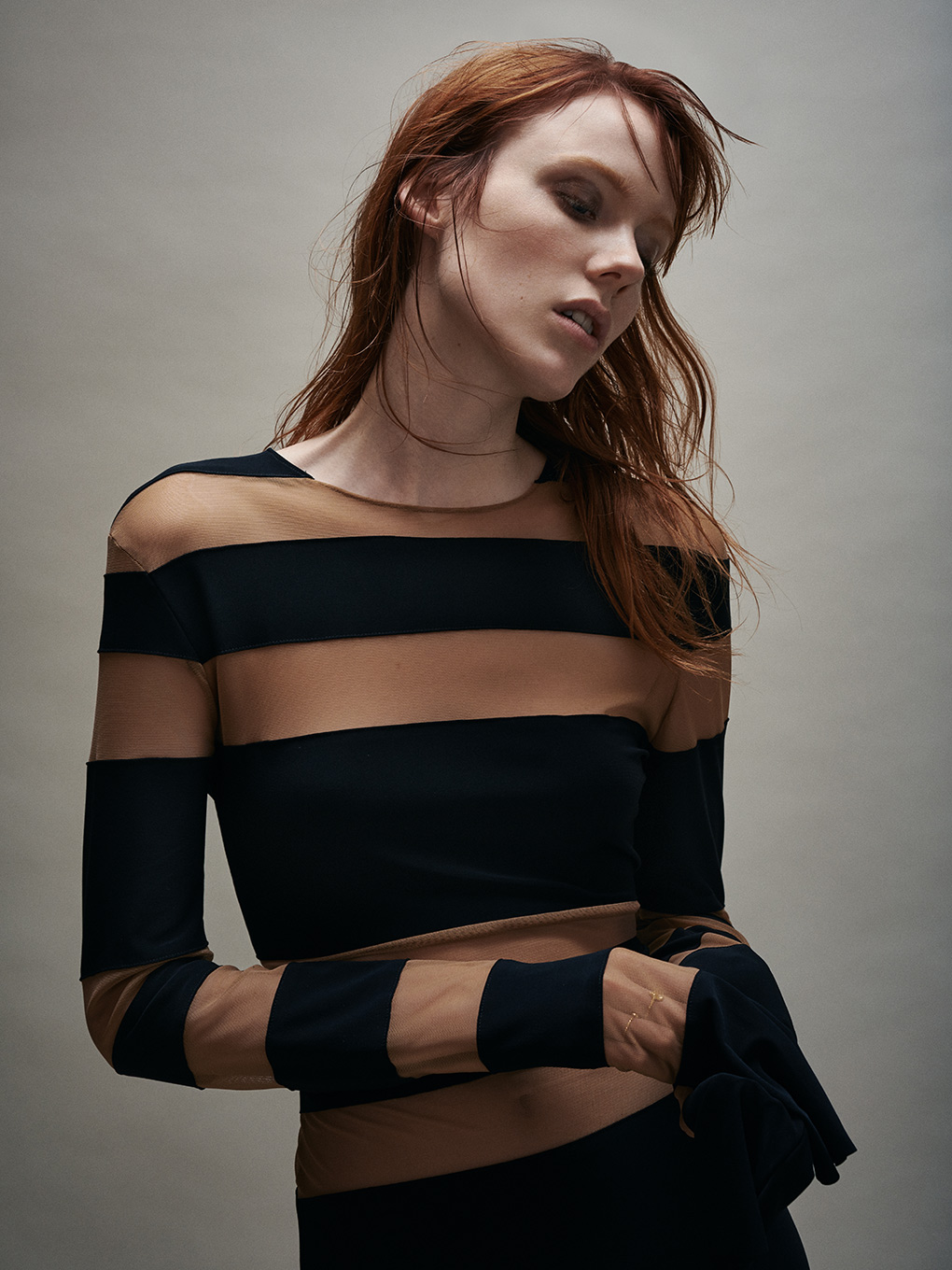 What was your most transformative shoot thus far?
I shot with Tim Walker for LOVE. I had enormous boobs, crazy cheeks and tears running down my cheek. On a day like that you think, this is why I do this job.

Is there a particular instance when you felt you were participating in something really special?
When we were in Cuba for Chanel, we were part of history. Only a day after the first cruise ship arrived in more than 50 years. Being part of this felt very special. And walking ON the Trevi Fountain for Fendi, who can ever say they did that? 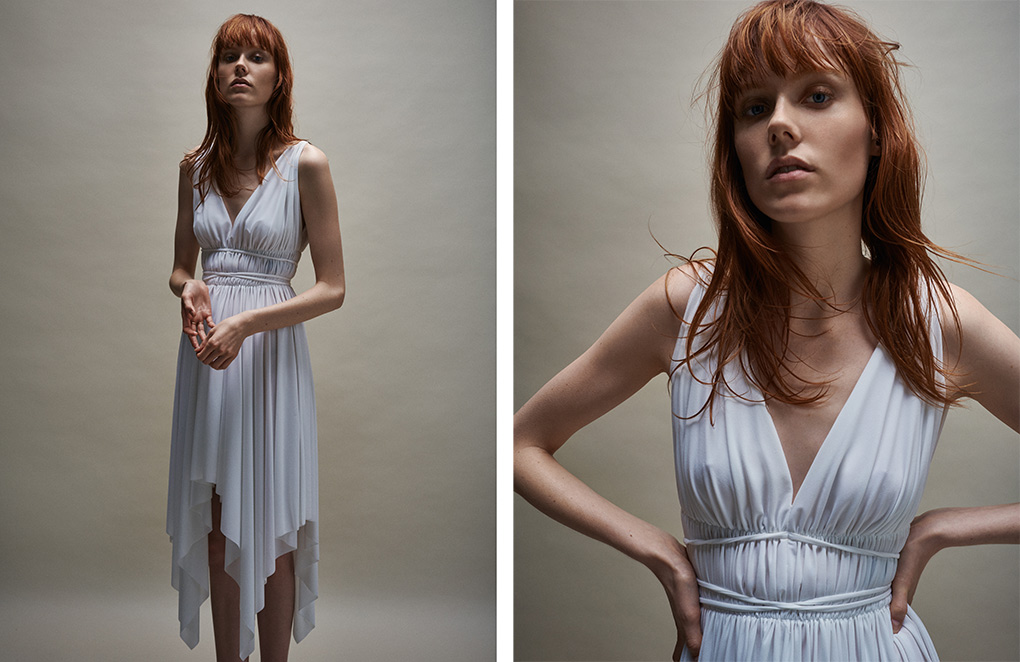 And how has your perspective on what it means to be a model changed now that you’ve worked with some of the best teams?
I feel I’m being part of the creative process, I’m creating together with the team.

If you had to say–what three things make a great model?
Being present on a shoot, good energy and determination.

Between traveling the world and meeting new people through work–has it shaped your desires and priorities?
Of course, I live in another country and work all over the world. My world completely changed from living in Maastricht, The Netherlands. Spending time with family and friends is something so precious, something I maybe would have taken for granted before. 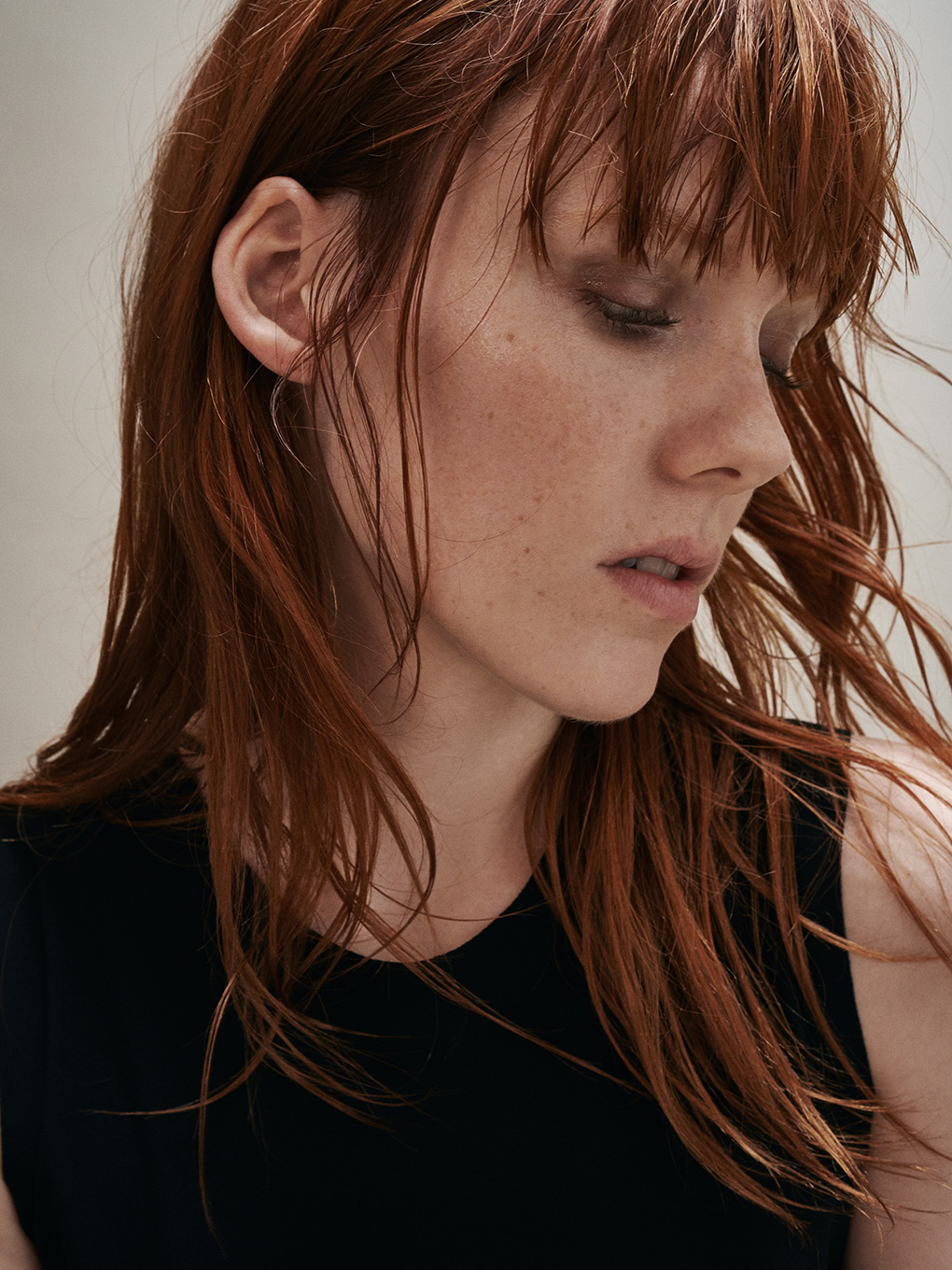 Do you think you would you have arrived to conclusion if you hadn’t become a model?
No, different experiences shape you to the person you are or will become. That’s for everyone.

Outside of fashion, what do you find inspiring or stimulating?
Having conversations with my friends, reading and going to galleries and exhibitions.

Lastly, what’s something you want less of in your life? What about more of….?
Less stress, more family. We Are Nilotic
NEXT Inside: The Great Photographic Book