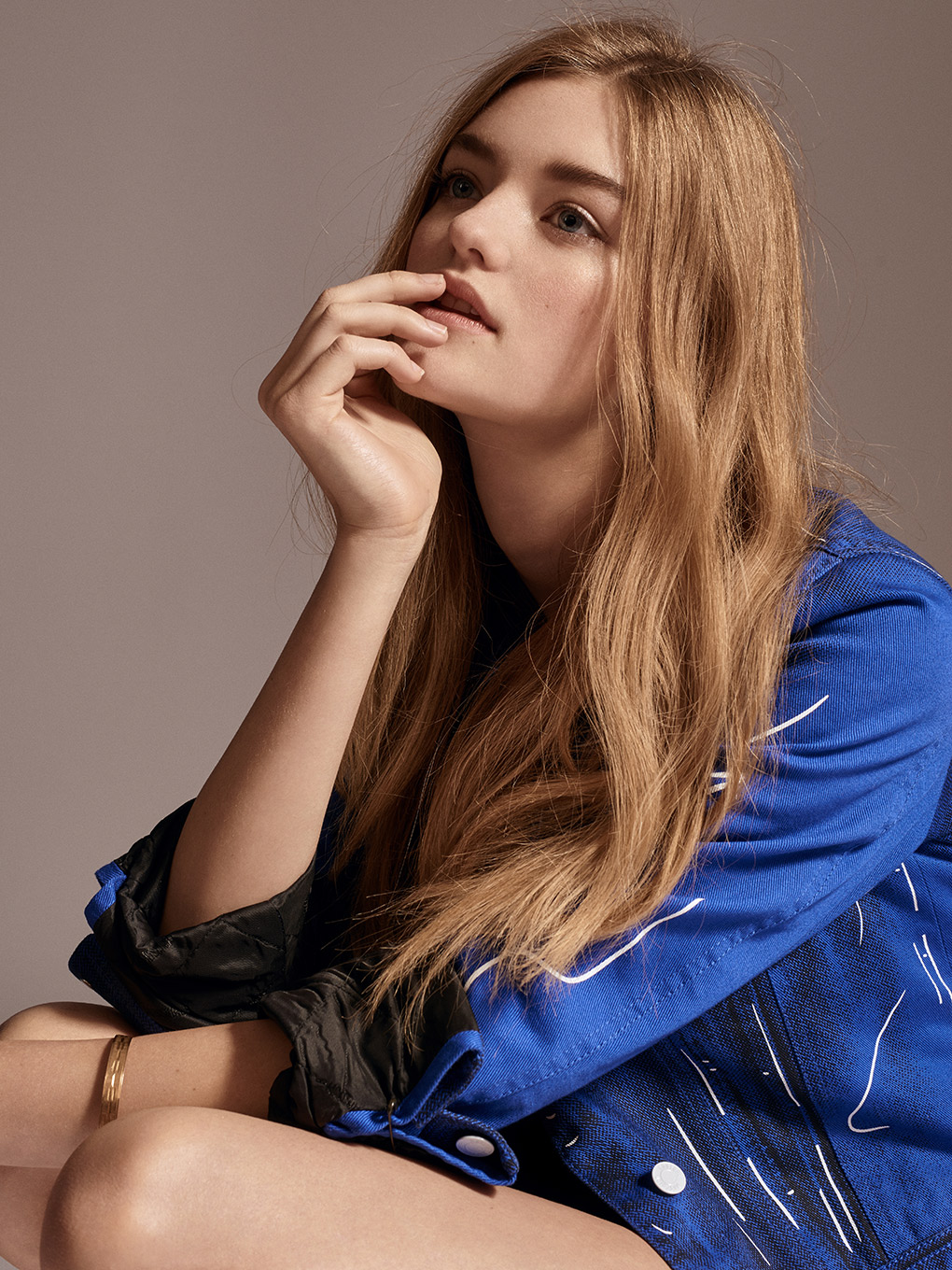 In the fashion world it seems all roads lead to Prada. The show that has fortuitously launched a thousand careers and its prim-and-proper Fall 2015 season brought budding favorite and show opener Willow Hand into the fashion fray. The Florida native has since gone on to notable appearances in the Prada Pre-Fall 2015 campaign, editorial spots in Dazed, Teen Vogue, Vogue Paris, & Vogue Italia, and walking in the premier shows of the season. With all these accolades, it’s hard to believe the teenager just went to prom! We had a talk with the doll faced muse about her start, that momentous show, and growing behind the camera.

You’ve had some busy time with Fashion Week, or should I say “Fashion Month” [laughs]. Have you been able to squeeze in time for family?
I got to go home for a little bit, and that was nice, but now I’m back in the city!

You had an amazing start in the industry, let’s trace back to when you first started modeling and first decided to start modeling. You started at Prada, how was walking in that show?
My first show being Prada was obviously intimidating, being thrown in the deep-end [laughs]. It was an incredible experience and something that I will always remember. 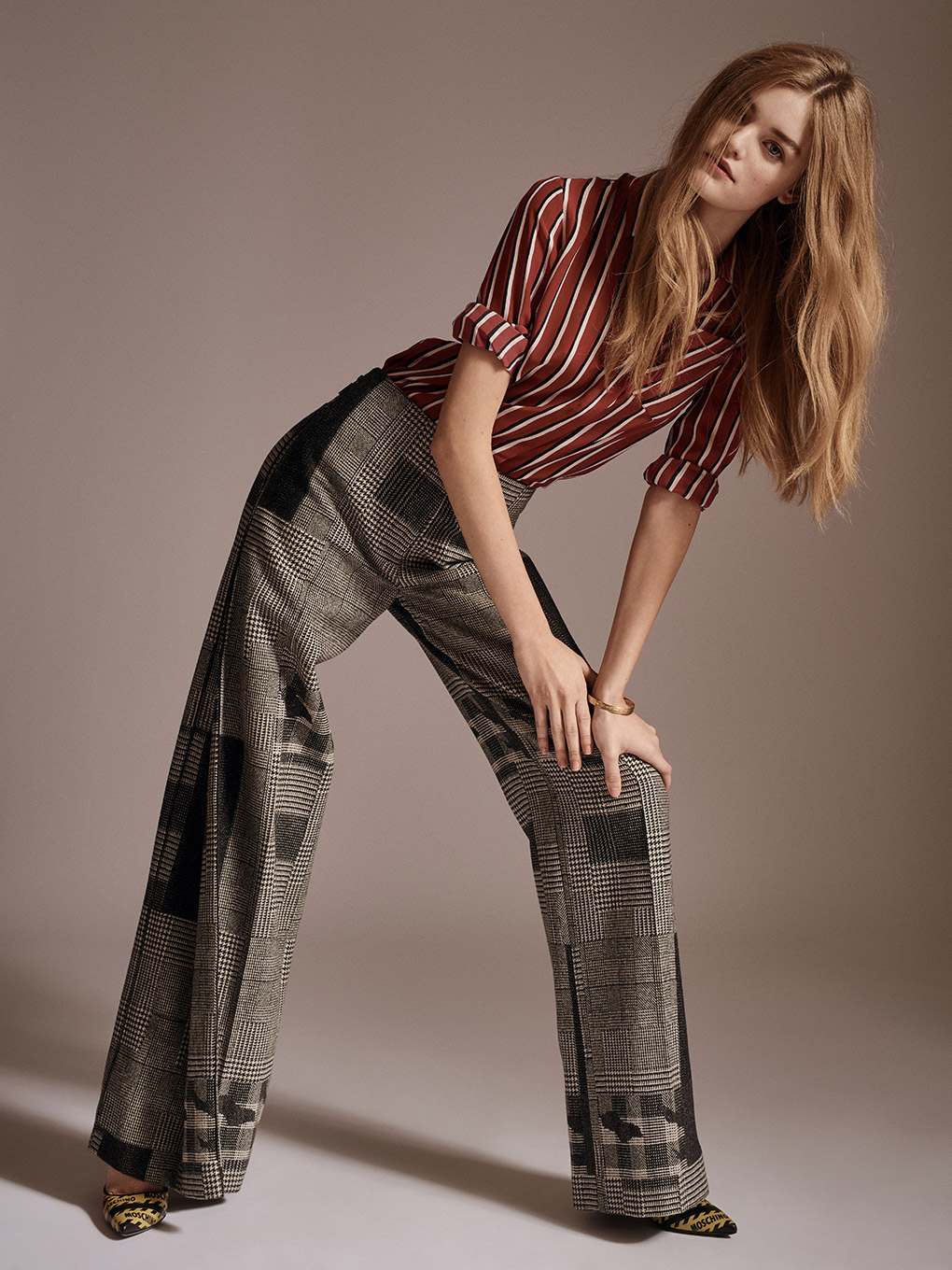 And when did you first start modeling officially? Was it that show?
Yes, that show was the first thing I did officially; I was scouted at 12 and did a couple of test shoots in Florida, but I had to wait until I turned 16 to do anything. That December after turning 16, I flew up to meet The Lions and the next show season… BOOM!

Did you get how big it was to walk in Prada as your first show or did your bookers have to explain its significance?
I knew that Prada was a huge deal, because it’s Prada… but I don’t think I immediately understood how amazing it was at first walking the show though. It took me a little bit.

And having received your start on the runway, is that experience much more exhilarating than editorial?
That’s hard. Editorials are fun, but I do love the runway.

Since that debut you’ve been in the Prada Pre-Fall campaign, worked with so many photographers in editorial – what have you learned in front of the lens with different photography personalities?
Every photographer is different. Some will teach you about your angles, others about being more aware of the lights, and some about posing. You learn bits from different people. 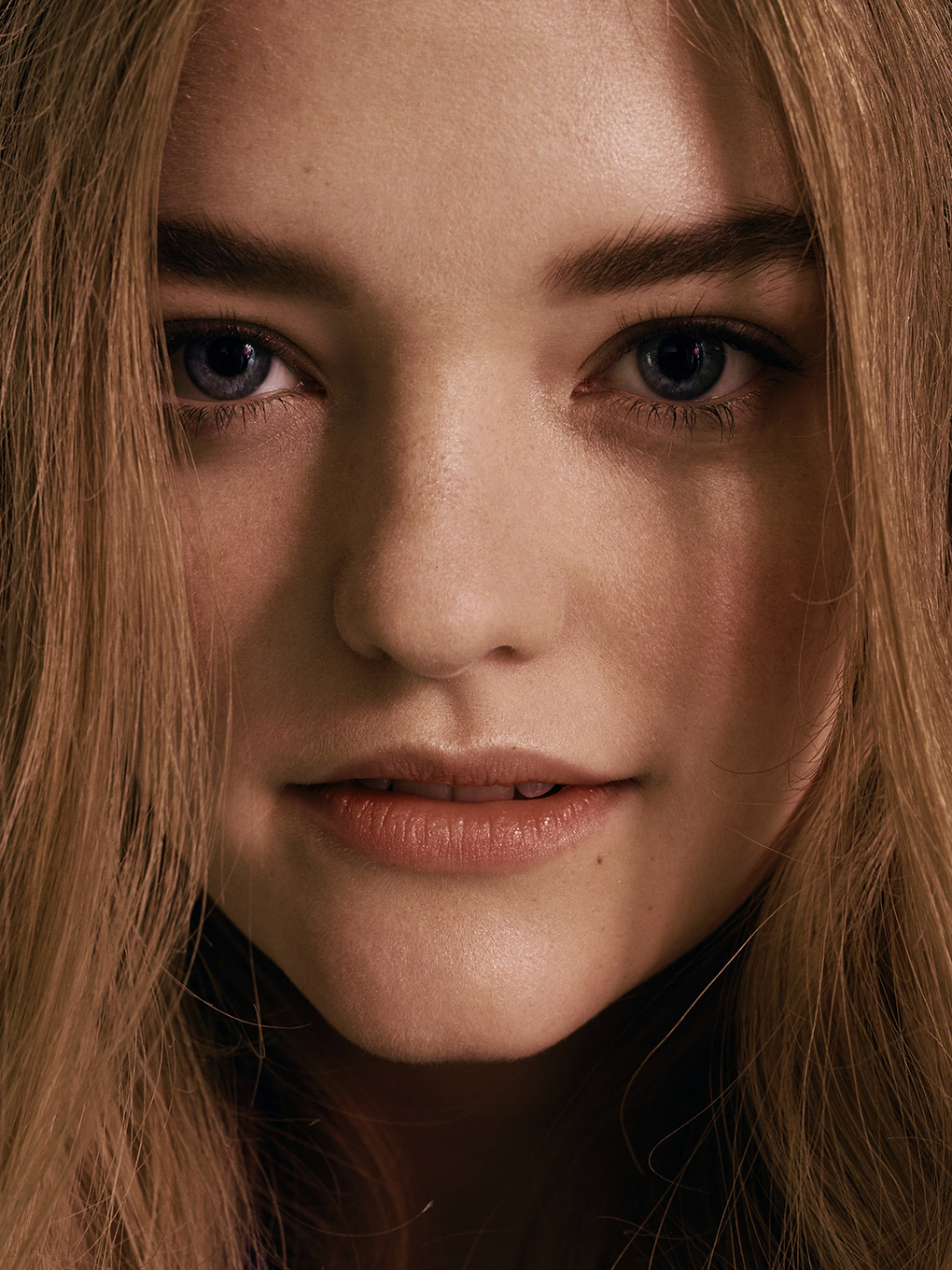 How aware have you become of your body when shooting?
I like to see the photos as I am shooting. For example, if I see my finger in a position, I say, “Oh, maybe if I turn it this way it’ll look more effortless and cohesive.”

You have a baby doll-ish look, it’s almost your signature. Have you tapped into that essence of yourself to bring that across in photos?
Yes. It seems like no matter what I do I always end up looking like a baby doll [laughs].

Is there anyone in your development that has inspired you or taught you a lot?
My mother agent has been taught me a lot, since I was 12, she’s been priming me for this business.

Even with traveling overseas, support-wise, are you alone or does someone travel with you?
My mom travels with me. It’s incredible to have my family support behind me, because it just changes everything. I couldn’t imagine doing this without that.

Are there any photographers that you worked with that you really liked?
Working with Steven Meisel is every model’s dream. I learn so much each time I work with him and know I’ll always look beautiful. I also remember shooting Vogue Paris with Greg Harris, that was a big learning experience for me because the whole inspiration of the shoot was Vanessa Paradis. He taught me how to look at an inspiration-image and pick out the key features of it to get in touch with the mood. 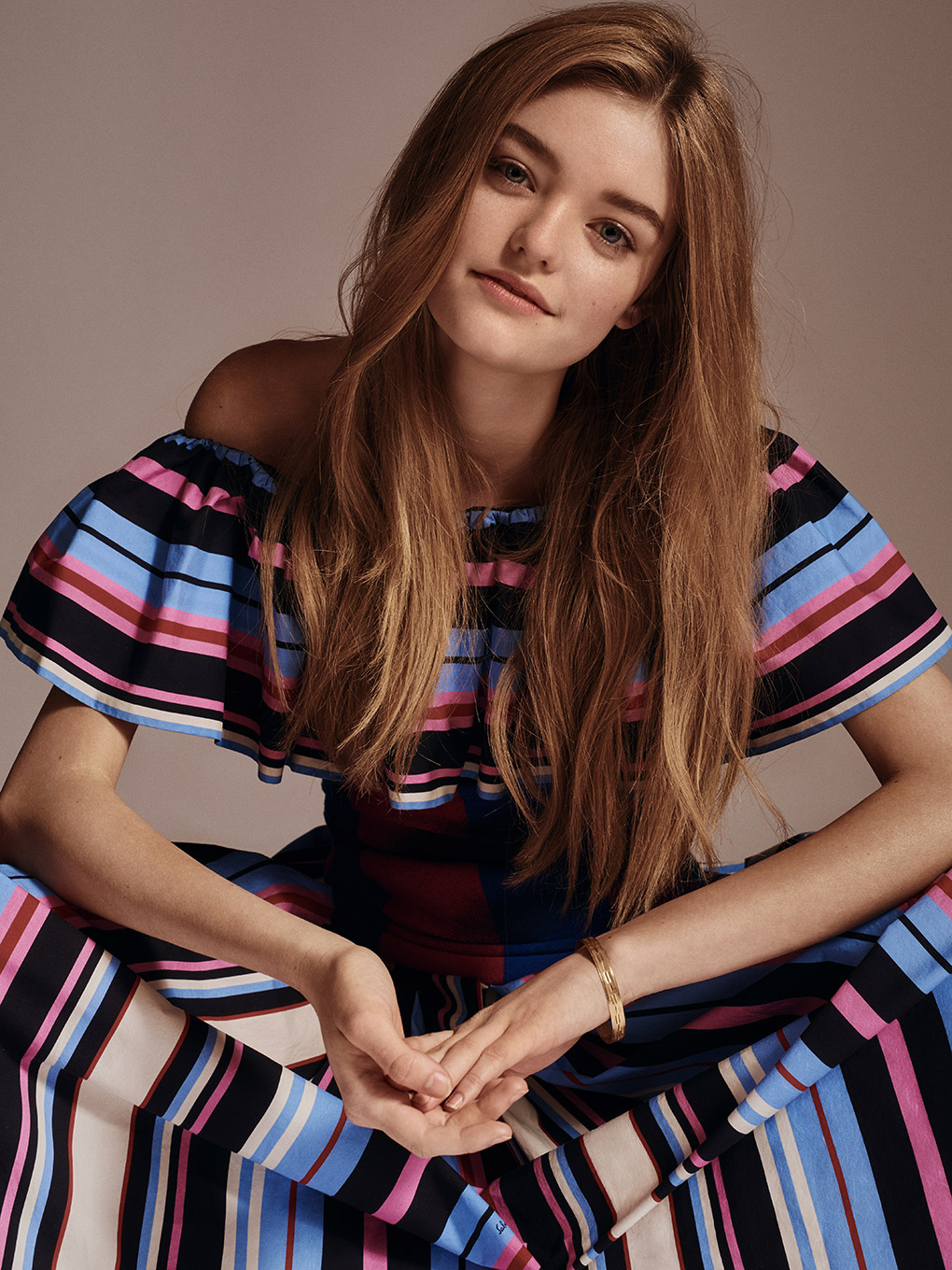 Are there any photographers that haven’t worked with that you would love to?
I would love to work with Patrick Demarchelier, his shots are so clean and perfect. I really admire them.

What was your favorite show to walk for?
I like walking for Alexander McQueen. It was incredible! My looks for the show were absolutely gorgeous, all the looks were. It was really an amazing show.

Was that your first time visiting London?
I’ve been to London a few times doing shoots, but it was my first time walking. The experience was pretty tiring, but it was all worth it.

How do you normally deal with the pressures of “Fashion Month”?

You have to relax and tell yourself that it is all worth it. You have to not take things personally, because everyone is in stressful situations, so you have to let everything go and be there to best showcase the designer’s clothes the way you can. 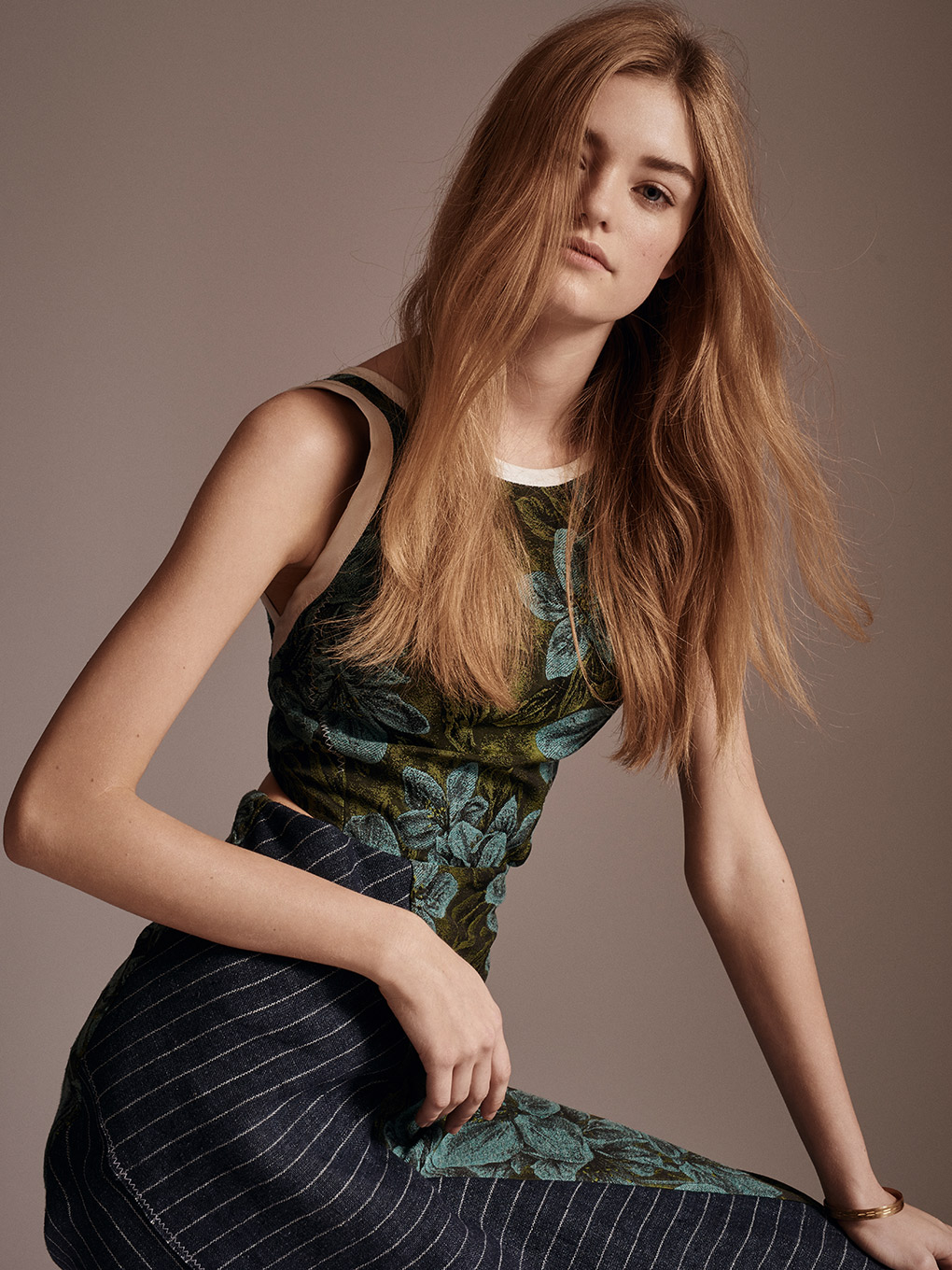 How have your parents dealt with you being a top model? Or do they see you still as this bubbly 17-year-old teen?
They get it. My dad loves it! He works in this realty office with a big T.V. and every time I’m walking in a show he makes the realtors come out and watch me. [laughs] He always has that live stream!

Do you have any next-step goals?
I’m playing it all by ear and trying to improve as much as I can.

Right now you’re technically part-time because of school, what do you have planned for your career?
I love modeling, so I want to do this as long as I can!

What do you do in your free time?
Yoga is the standard modeling hobby, but it helps you a lot with bending and getting comfortable. Especially for me, because in the beginning of most shoots I’m hesitant.

What is something that someone wouldn’t expect to know about you?
No one would guess that I’m a huge animal lover, I love every type of animal there is–I like spiders, I have a pet snake! Life Is A Circus
NEXT