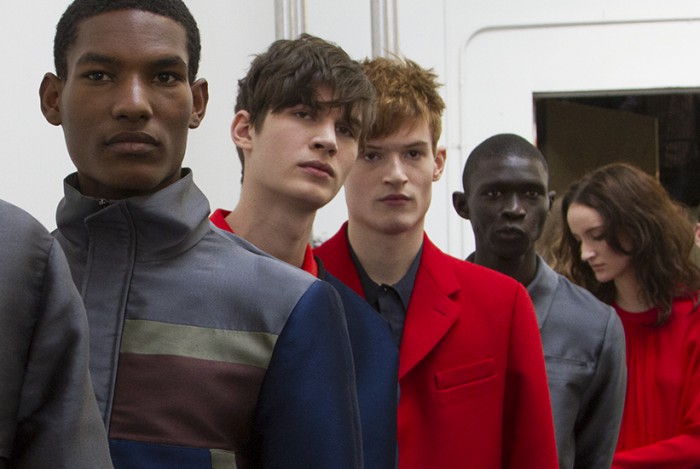 Duckie Brown has always been one of the most idiosyncratic and continually innovative menswear lines coming out of New York, but even those accustomed to the brand’s twists and turns were surprised by what Steven Cox and Daniel Silver showed for Fall 2014. The most obvious and striking new development was, of course, the womenswear. It was perhaps only a matter of time before Cox and Silver—long fans of hopping back and forth across the gender divide—would decide to bring their unique take on clothing to the girls. There was an appropriately androgynous feel to the cuts, with slimmer, more feminine shapes for him and boxy, mannish silhouettes for her. The overlong tunics, this time in highlighter brights and hypnotizing prints, were a classic Duckie touch, as were the soft curving shapes, given a little added sturdiness by outsized shoulders. Cox and Silver played with proportions, pairing Ben Stift‘s billowing top with cigarette-slim trousers and contrasting Laurie Harding‘s flowing pants legs with a stiff jacket. A beautiful smudged print of a crowd gave a whimsical feel to Benjamin Jarvis’ pants, and sharp color-blocking gave added power to Andrew Westermann’s sharp cropped jacket—worn, in the Duckie style, over an overcoat that nearly reached his knees. The womenswear was surprisingly tame, all clean shapes and smooth lines, but perhaps skirts and dresses meant for girls instead of the boys was, in the world of Duckie Brown, progressive enough.

Review by Jonathan Shia
Images by Kirt Reynolds for models.com 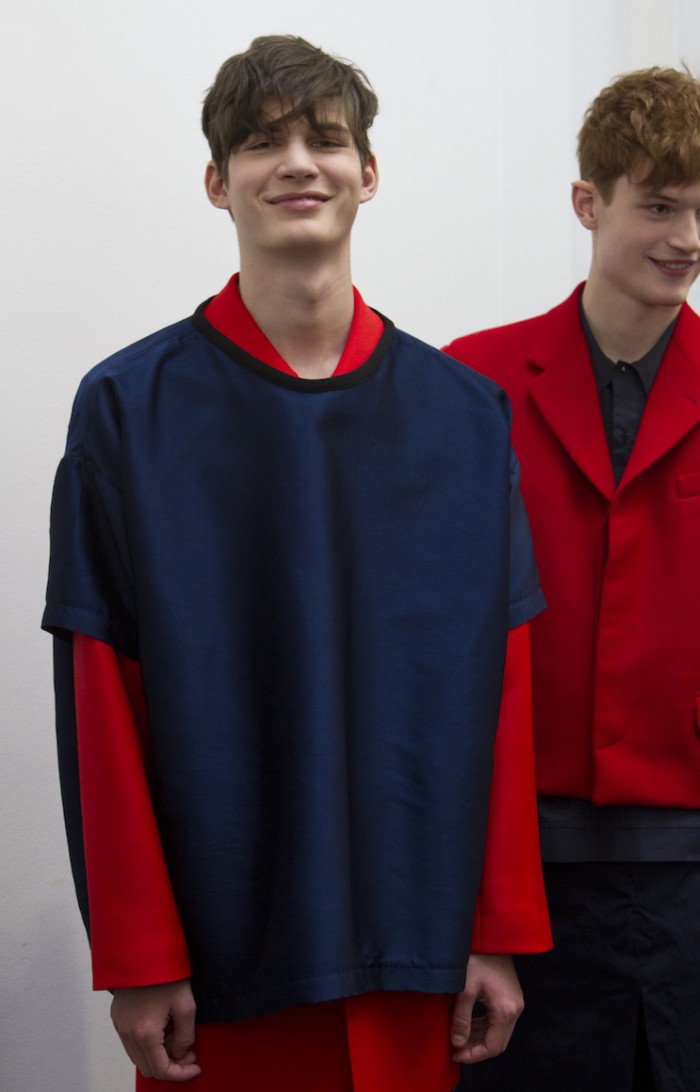 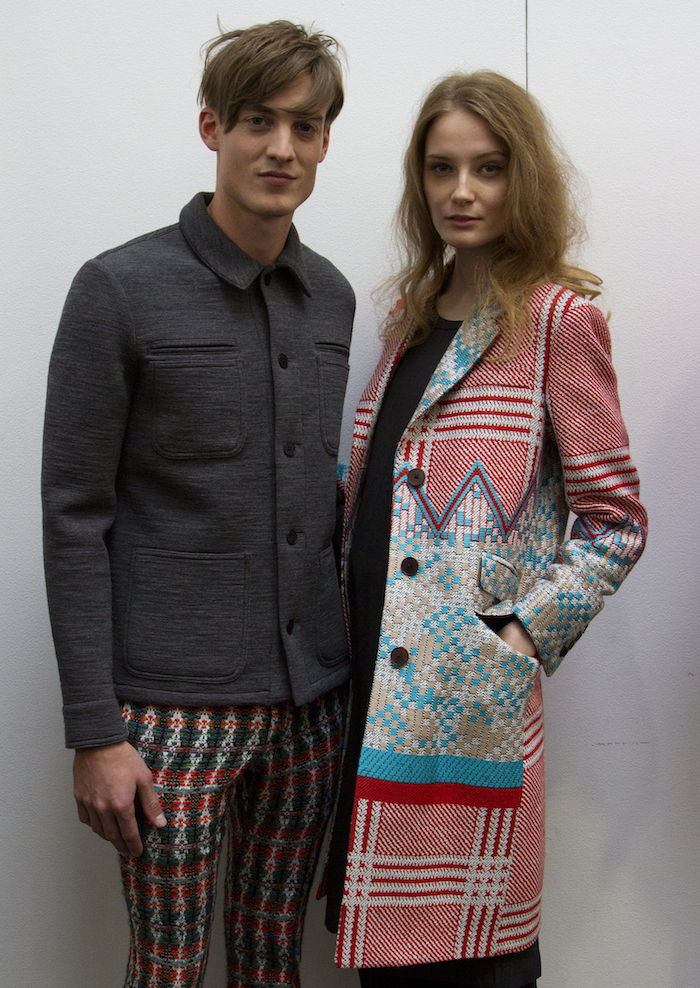 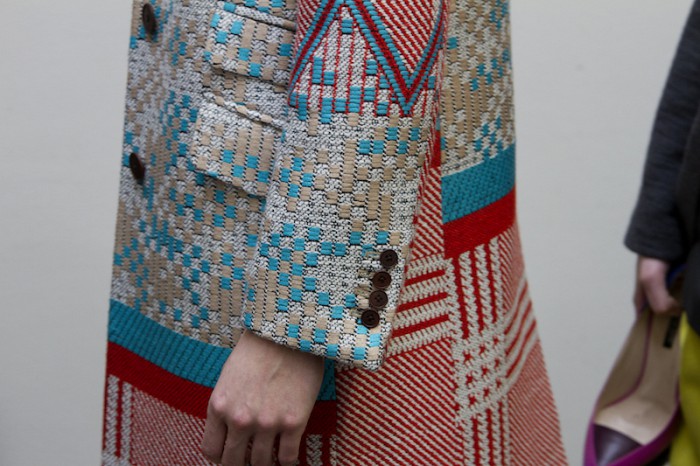 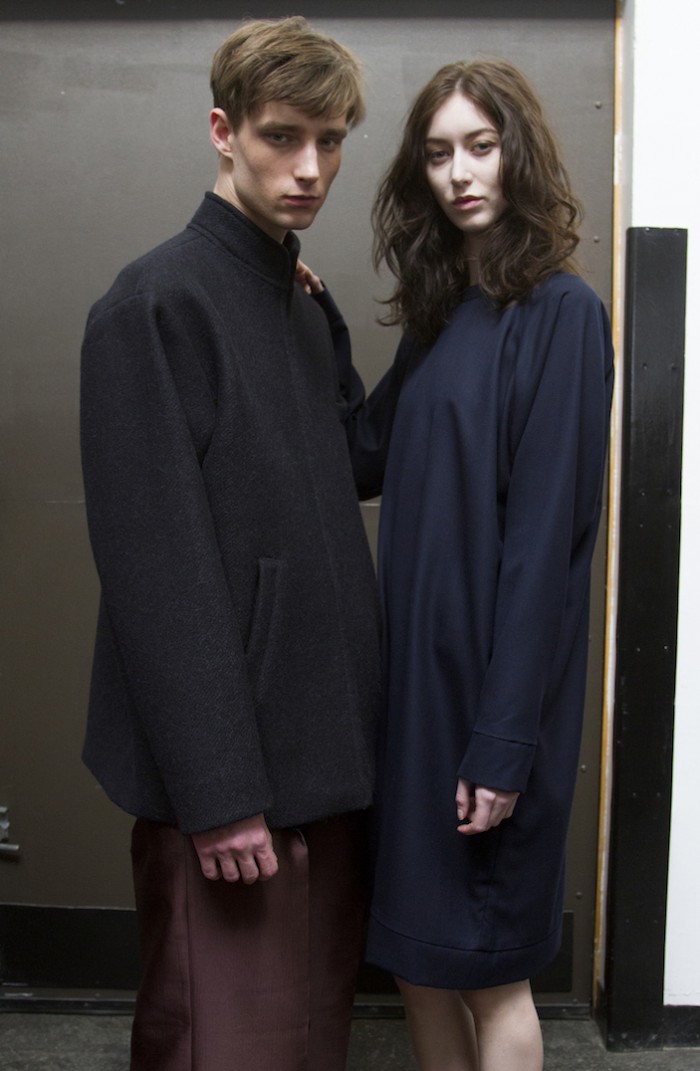 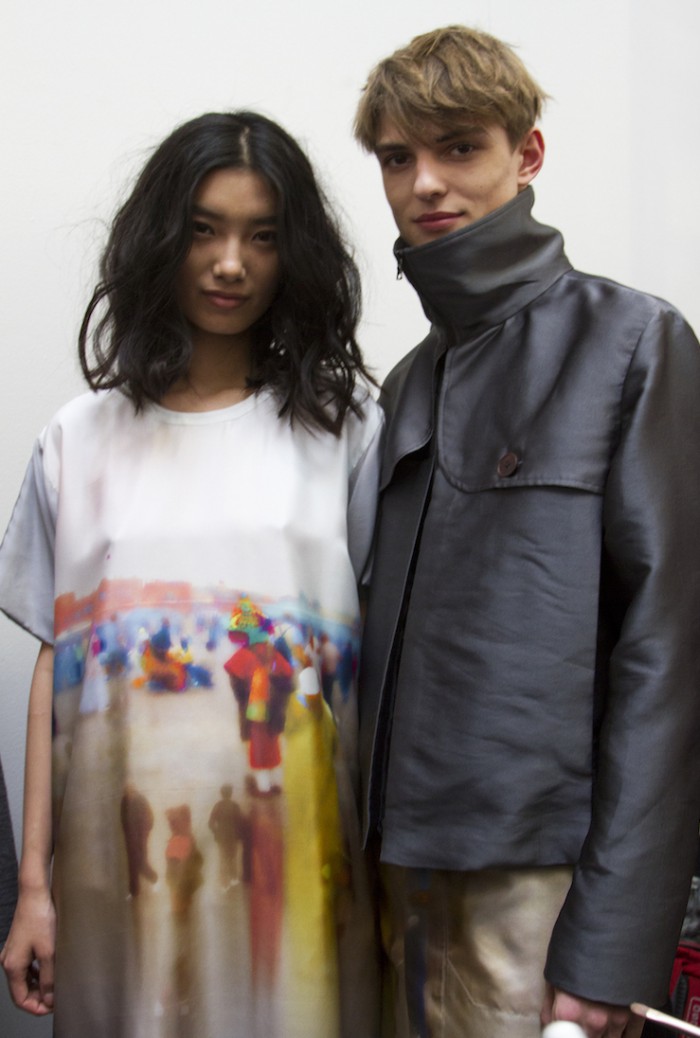 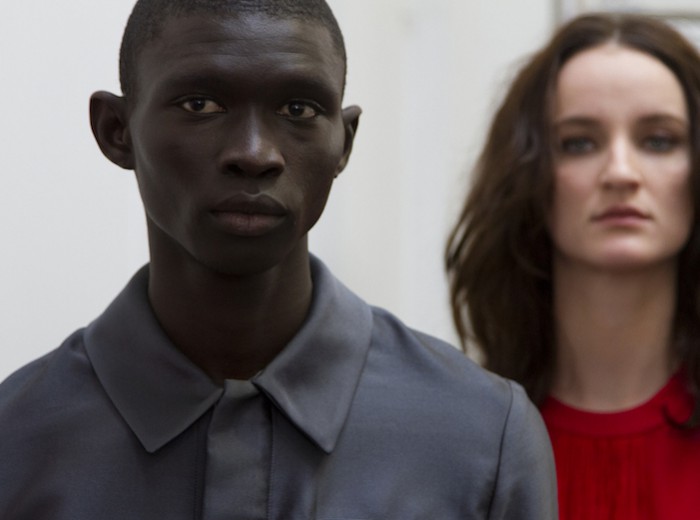 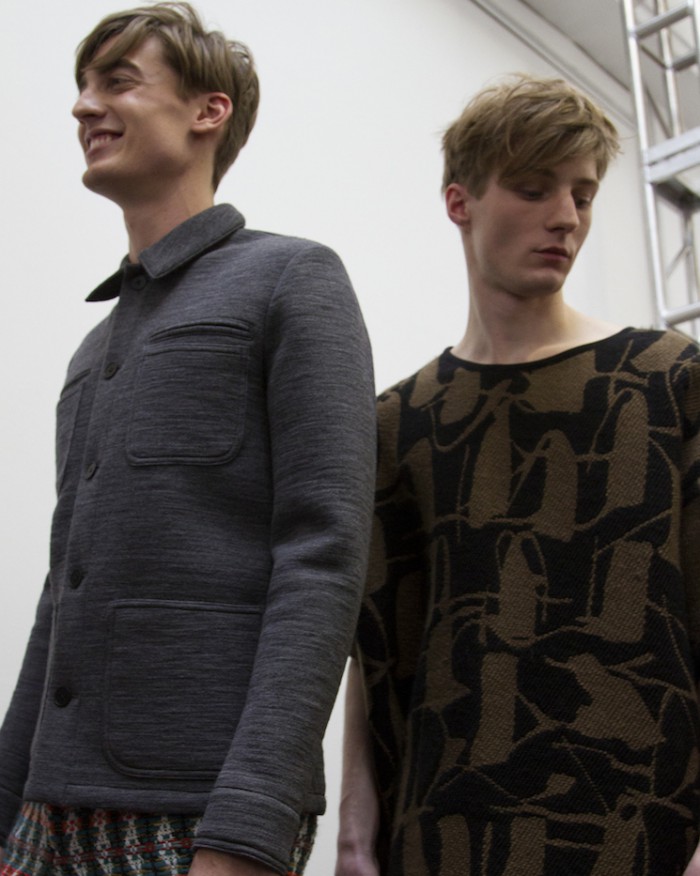 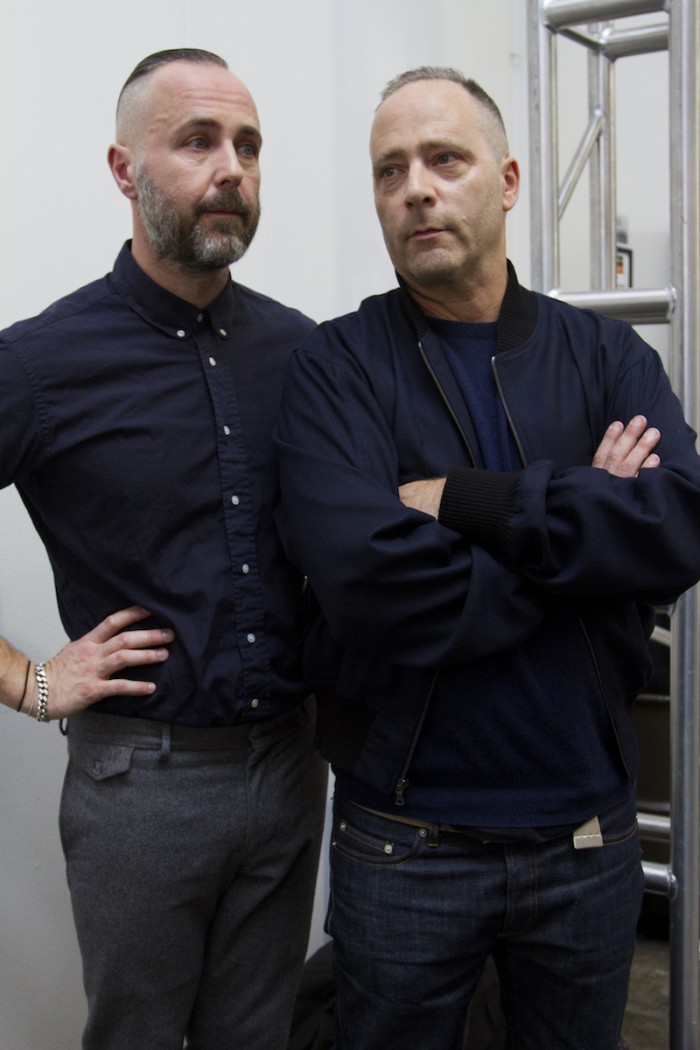 On the Street: NYFW Day 1
NEXT

On the Street: NYFW Day 2