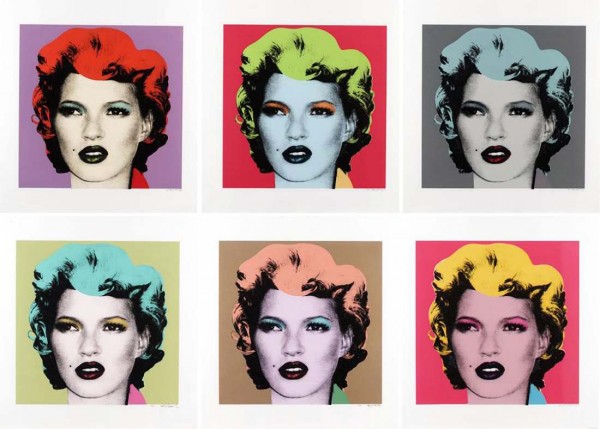 With the Met ‘Model As Muse’ exhibition right around the corner the influence of models within the world of fashion is being highlighted like never before. Models are being shown as not just clothes hangers but as integral parts of the creative process. A beautiful face can not just inspire a designer but it can sum up the look and feel of a whole era. What is more swinging 60s than an image of Twiggy in Mary Quant? How can the decadent disco era be summed up without thinking of Iman in shimmering Gucci? The images put forth by fashion are imbued with a power that extends beyond the boundaries of the industry itself and into the larger cultural fabric.

Nowhere is the power of a model’s image more evident than in the art it inspires. In recent years artists have taken a pointed interest in the perfection put forth by modeling’s finest. Naturally, fashion and art have always been interconnected – everyone from Warhol to Dali has painted portraits of fashion models – but the rate at which models are appearing on the canvases of some contemporary artists is fascinating. Painter Richard Phillips’ has captured everyone from Caroline Trentini to Coco Rocha. Alex Katz has created portraits of Natalia Vodianova andÂ Christy Turlington. George Condo was featured in an entire Vogue spread with Daria Werbowy. A whole exhibition could be devoted to artists and Kate Moss, whose status as a pop culture icon has made her the subject of numerous paintings and sculptures. 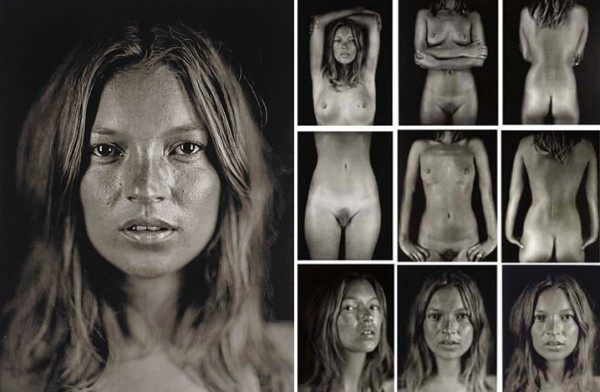 One might say that the ongoing art fascination with models is part of the general obsession with celebrity but enigmatic nature of a model is slightly different from the role of an actor or actress. Stars are fascinating because of what we know about them, models are often alluring because of what we don’t. Even a figure as omnipresent as Miss Moss is still shrouded in the sort of mystery that allows her to be aspirational. Models are famous in their own right but they serve to represent ideals that are abstractions. A model can be an avatar for beauty, wealth, privilege and just about anything else a designer or artist can think up. Truly great models become whatever it is they need to be for that moment and when applied to art they epitomize the ultimate blank canvas. 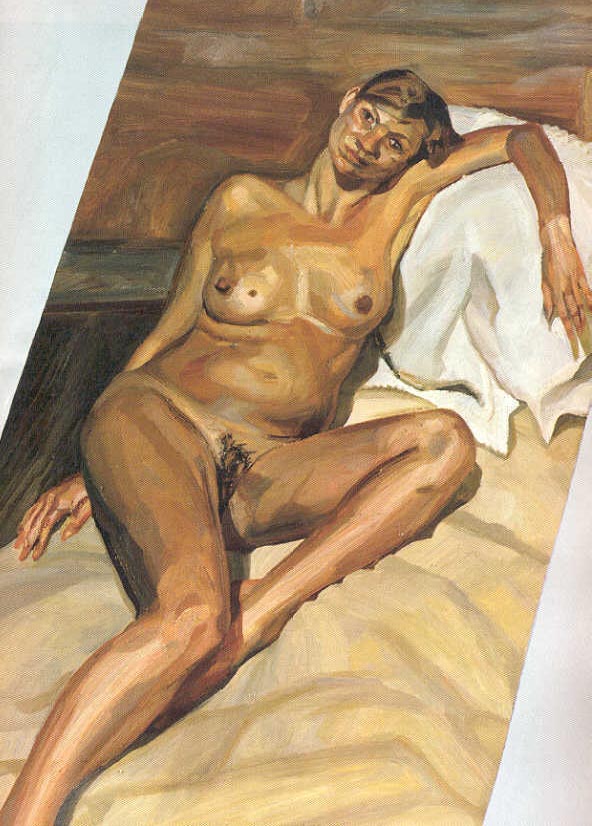 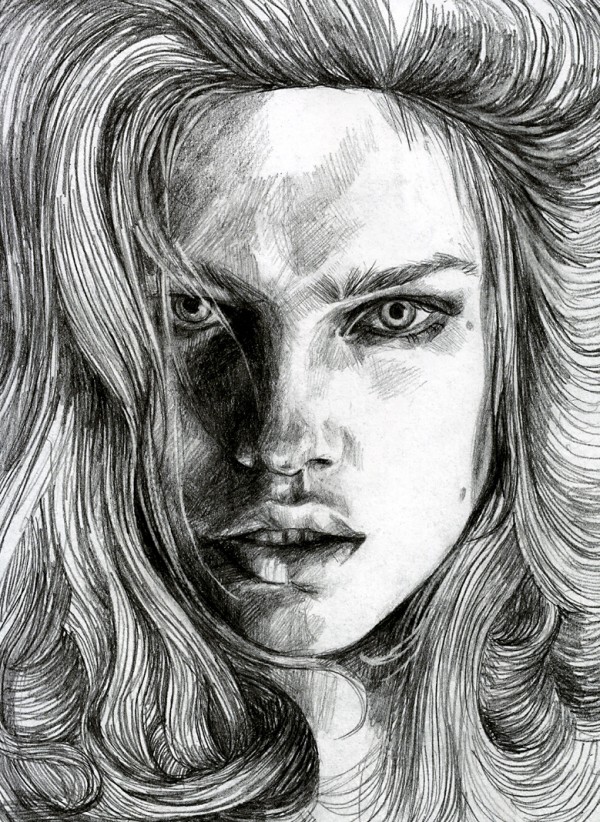 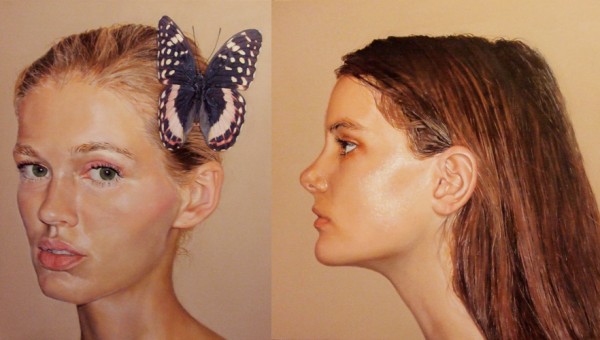 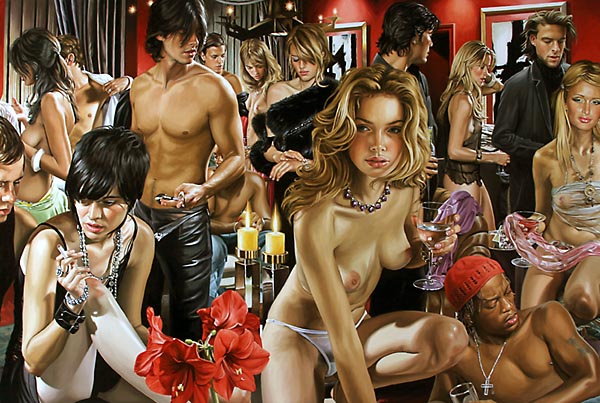 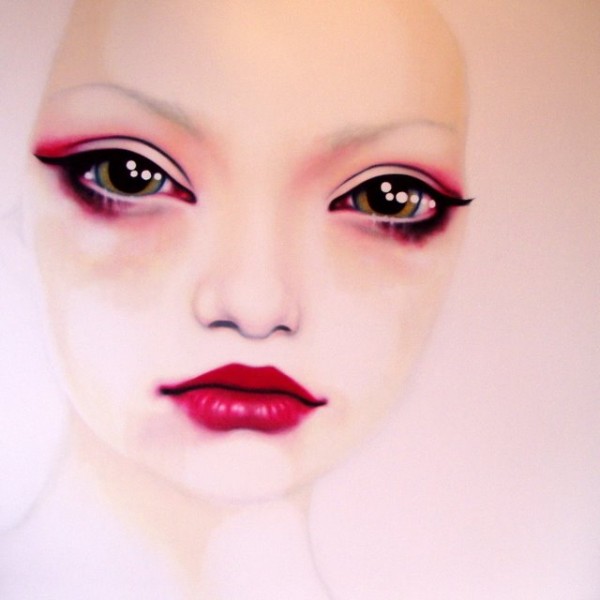 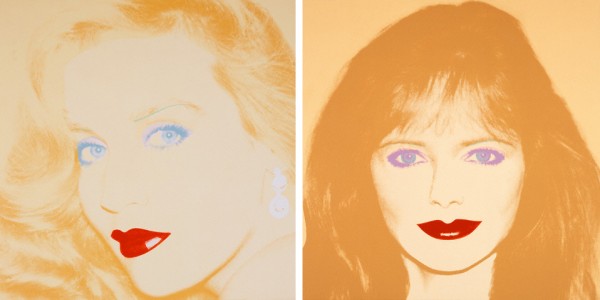 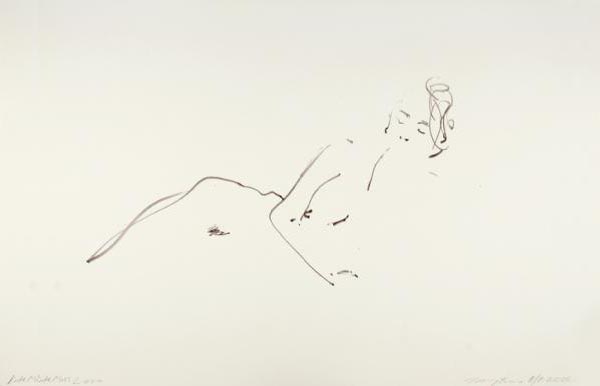 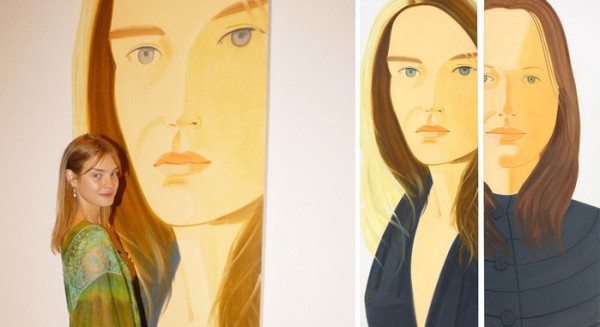 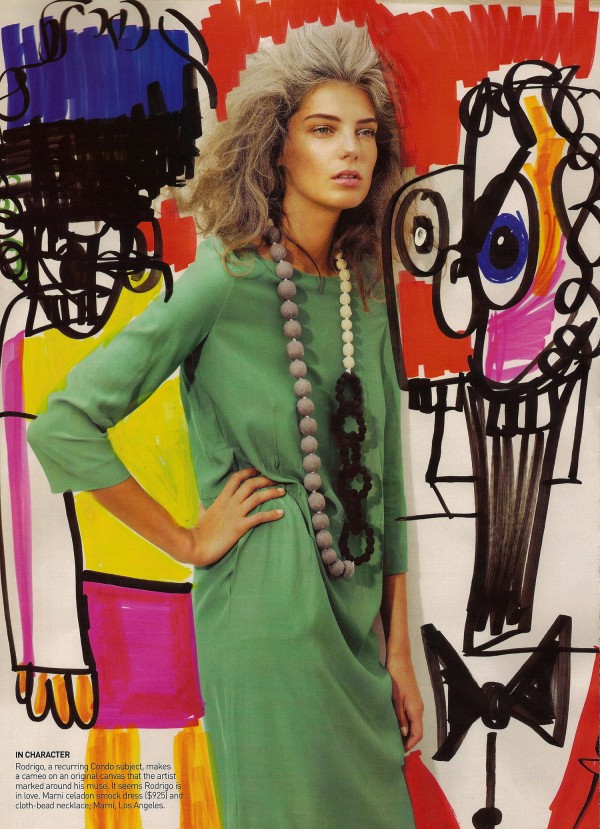 Daria Werbowy in front of George Condo canvas inspired by her

Marc at the Met