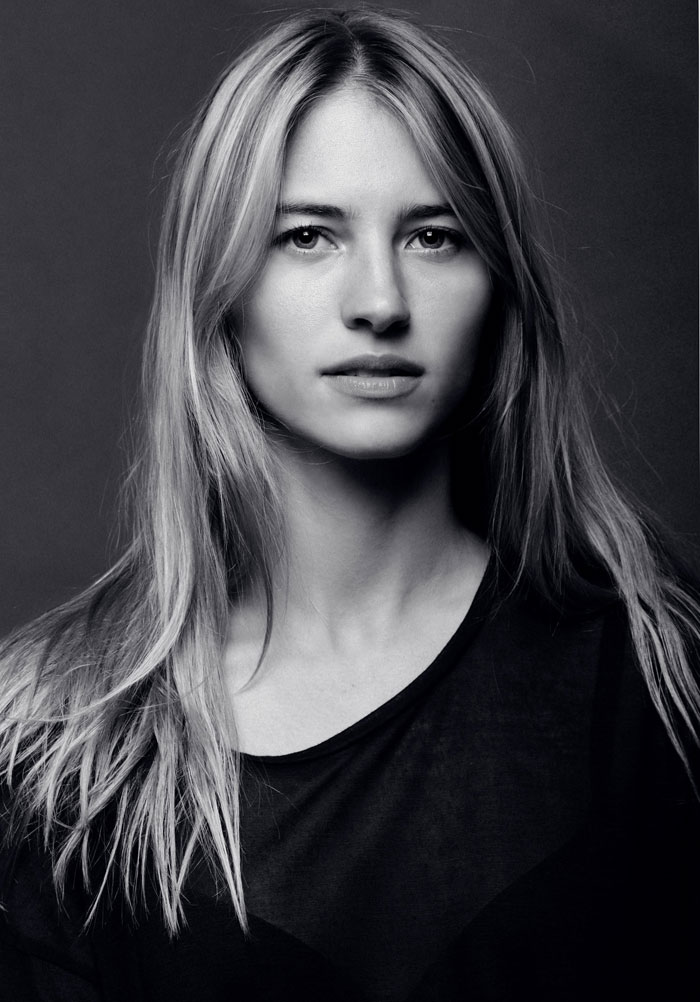 Editor’s note: This guest post was written by Sara Ziff, founder of the Model Alliance. For models working this fashion-month unity is more than just a buzzword, it is a necessity, especially in the United States where labor laws offer very little protection. Strides are being made to improve the conditions for working models everywhere with big names like Doutzen Kroes, Milla Jovovich and Coco Rocha showing their support. Guest blogger, Sara Ziff explains why this is so important and what still needs to happen in order to make the modeling world a safer / fairer environment.

What do Coco Rocha, Milla Jovovich and Doutzen Kroes have in common? Besides being some of the biggest names in the business, they’re also the faces of a new campaign: labor rights for models.

There was a time when actors worked on film sets with unrestricted hours, no enforced turn-around time between jobs and no required meal breaks. Fortunately, a group of powerful Hollywood actors said “enough” and banded together to form the Screen Actors Guild. NBA players have also organized for contractual rights such as health insurance and a significant voice in the way their organization is run.

If Hollywood actors and NBA players can enjoy basic rights and protections at work, shouldn’t models be able to do the same? I think so. And so do many other models,including Coco, Milla and Doutzen.

I’ve worked as a model for over half my life, since age 14, and I’ve been lucky to work as the face of major brands including Tommy Hilfiger, GAP and Stella McCartney. In 2010, I released Picture Me, a documentary that chronicles my and other models’ experiences of the business – both the good and the bad. The film marked a turning point: for the first time models were on the other side of the lens sharing our perspectives of an industry that sometimes left us feeling mute.

At screenings, other models sought me out to share their stories. Some had lost their life’s savings to unscrupulous agencies; others had been put on the spot to take nude photos against their wishes. These models loved their job, but not the unfair (sometimes illegal) treatment that came with it. We realized that we could do better, and that we would be stronger collectively than as individuals.

In February 2012, with the support of other models and the Fashion Law Institute at Fordham Law School, I formed the Model Alliance, a not-for-profit labor group for models working in the American fashion industry. While we are not a union, we are partnered with Actors’ Equity and the American Guild of Musical Artists, two unions that represent live performers in the U.S. Our group reflects a new strategy for organizing that’s inclusive and has already proven to be effective.

The Model Alliance believes that models deserve fair treatment in their workplace, and we aim to establish ethical standards that bring real and lasting change to the fashion industry as a whole. We support the enforcement of existing child labor and contract laws, promote financial transparency and redress for issues of sexual harassment,recognize that all models have the right to complete their schooling, and encourage a safe and healthy work environment that protects models’ mental and physical well-being.

We believe that all stakeholders in the industry have a common interest in improving the health and vitality of our business, and we welcome support from agents, designers, casting directors and all industry leaders. We also think that real, lasting change comes from the bottom up – not the top down. Finally, models have an industry voice through the Model Alliance.

The Model Alliance has existed for less than a year, but we’ve already seen significant results. In May, a few months after meeting with editors at Vogue, all 19 international editions of the magazine pledged to not hire models under 16 or who appear to have an eating disorder. The use of under-aged models is linked to financial exploitation,eating disorders, abandoned schooling, and contributes to models’ overall lack of empowerment in the workplace. We hope that other magazines and fashion brands will follow Vogue’s impressive lead.

While designers in London, Milan and Paris pay their models to walk in their shows, New York has long been the exception, where many designers pay just in clothes – not cash. Everyone likes a designer dress, but clothes don’t pay the rent. In February, our members stood together to say that we deserve to be paid for our work like all workers. Now, this season, for the first time ever, a number of top designers have agreed to pay their models in cash. We’re encouraged by this development and we hope that more designers will do the same.

Members of the Model Alliance can access Model Alliance Support, our free and discreet reporting and advice service. On our website, we summarize some of the current labor standards for models under 18 working in the State of New York and provide links to the required work permits and forms. The members-only section of our site offers answers to models’ frequently asked questions and we also offer free workshops on financial planning, career transitions and more.

At the Model Alliance, supermodels are banding together because we believe that all models should be able to enjoy successful careers—without the pitfalls of an unregulated business. If you want to be part of this movement to empower the faces of fashion, by giving models a voice in their work, we hope you’ll join us.