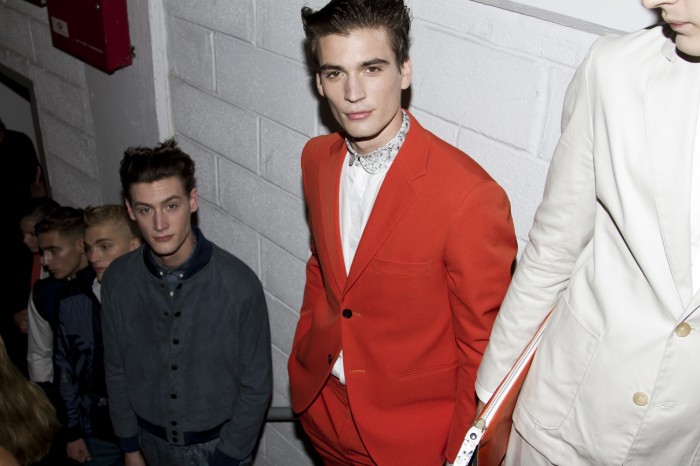 New York- In a season when many designers took to the sea, it was no surprise to see Patrik Ervell turning to his Northern Californian roots for a Spring 2013 collection that was nearly flawless in its clear vision and spot-on execution. Ervell’s fascination with unconventional fabrics came through clearly here, in Thomas Sottong’s jacket in laminated cotton, in Yannick Abrath’s satin shorts, in a burnt orange polyurethane suit. Ervell noted that he took inspiration from hometown favorites like The North Face and Teva, known for their fusion of “the weather and the wilderness with functional, high-tech material.” Against a projection of a blistering sun, Ervell injected a bold palette into his customary sleek suits and sportswear, using marine, indigo, teal, and a vigorous orange to evocative effect. There was a bit of the beach as well to the collection, although it was less the surf aesthetic of Los Angeles than a take on the chilly Pacific sand and spray that are home turf to all Bay Area natives. Performance hardware popped up in spots, with nylon straps and waterproof zippers, matching the Aldo sandals that looked like sleekly updated takes on, yes, those classic Tevas, here in luminous colors. The womenswear took on a longer line, with skirts often hitting at or below the knee, as in a beautiful iridescent silk dress with a sheer back. Ervell worked in hints of other engaging ideas as well, like a spotty granite print that added a hard edge and an abstracted jacquard that made an appearance in a winning sweater set. These were clothes that were built to withstand the elements, but designed with an urban lifestyle in mind. You really can’t get better than that. 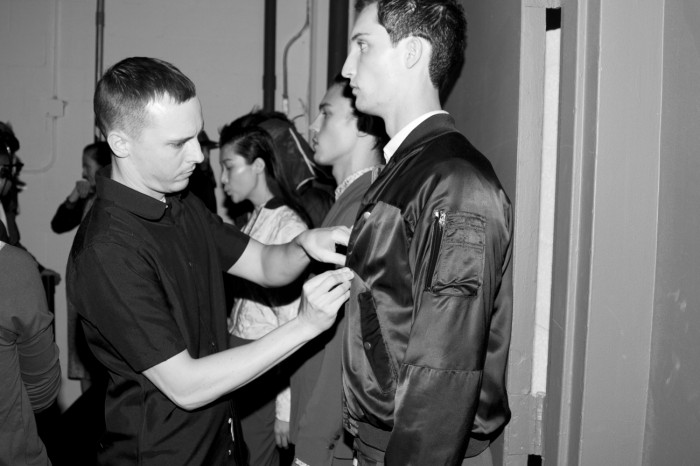 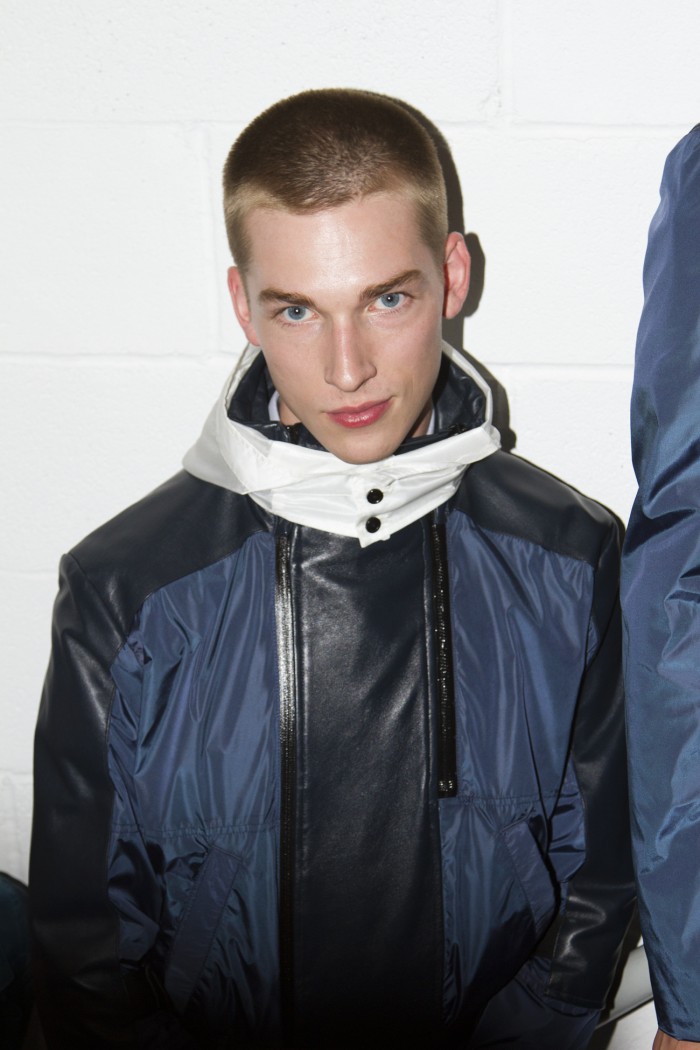 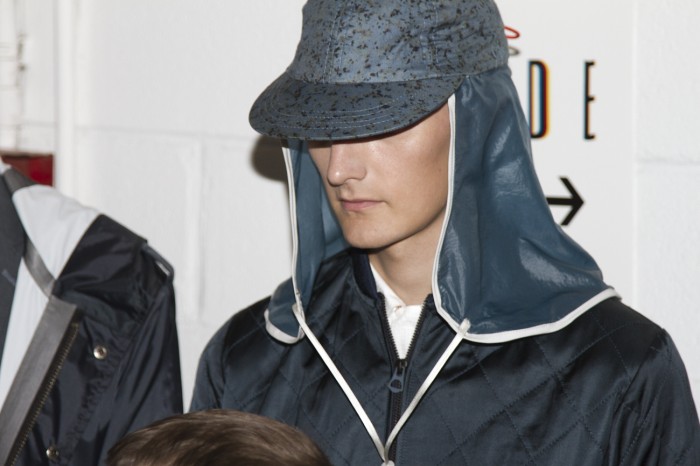 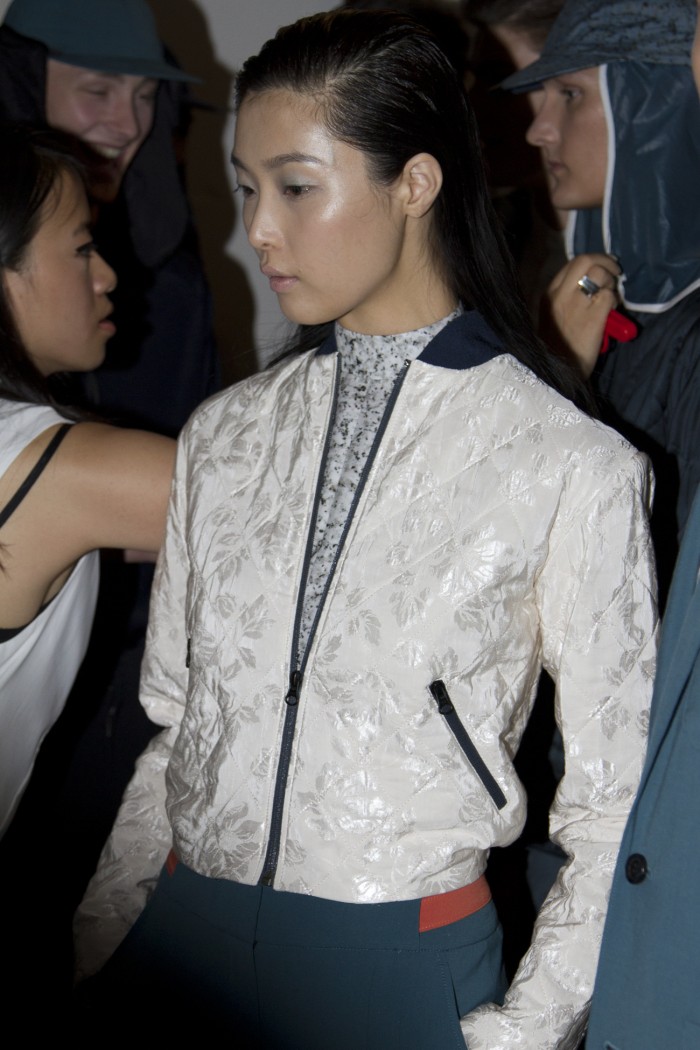 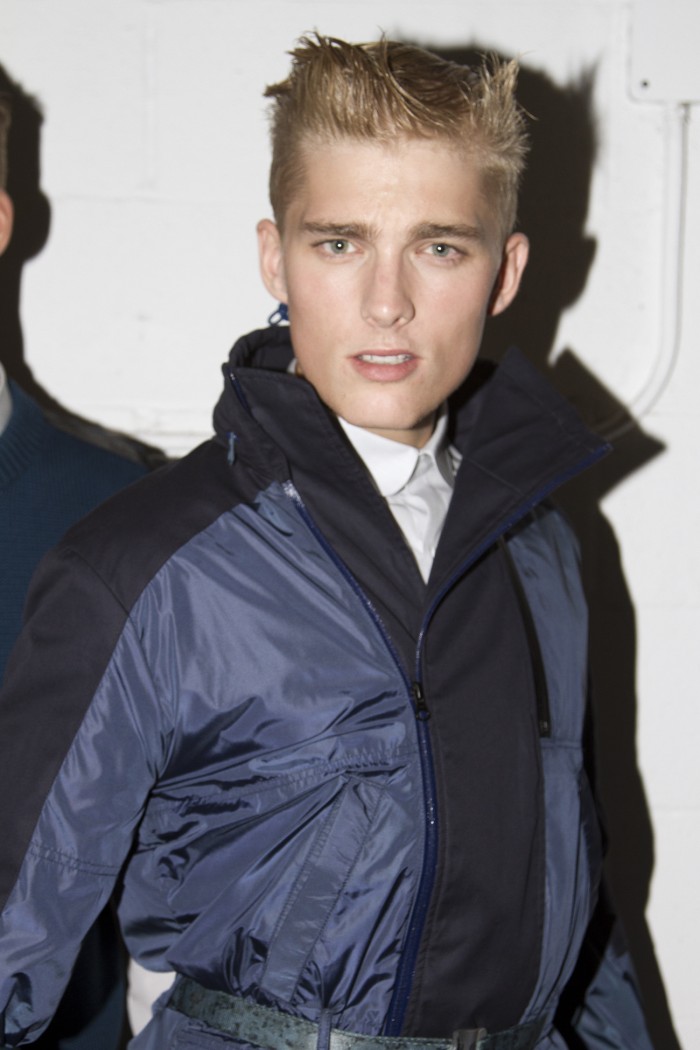 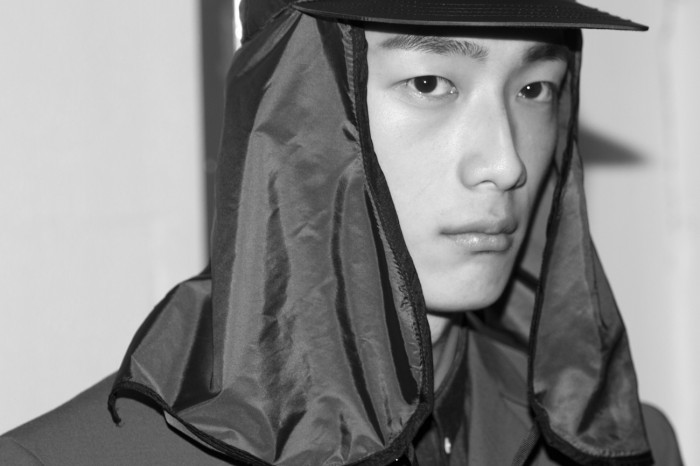 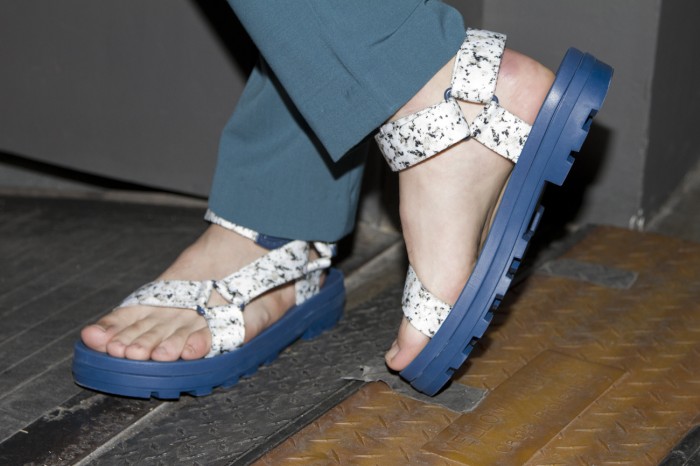 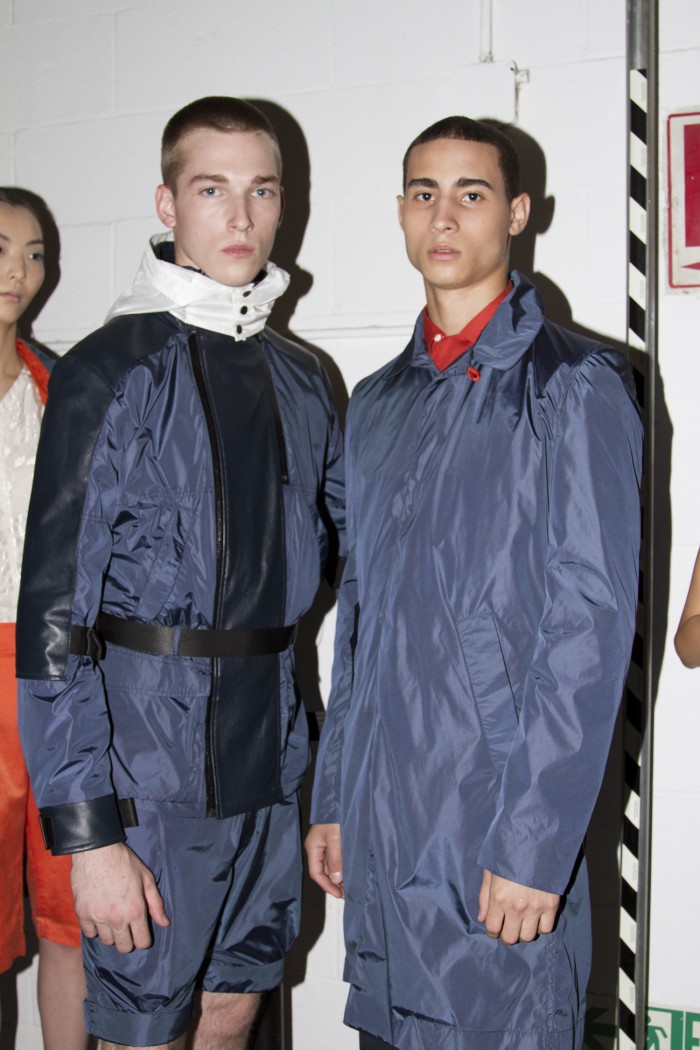 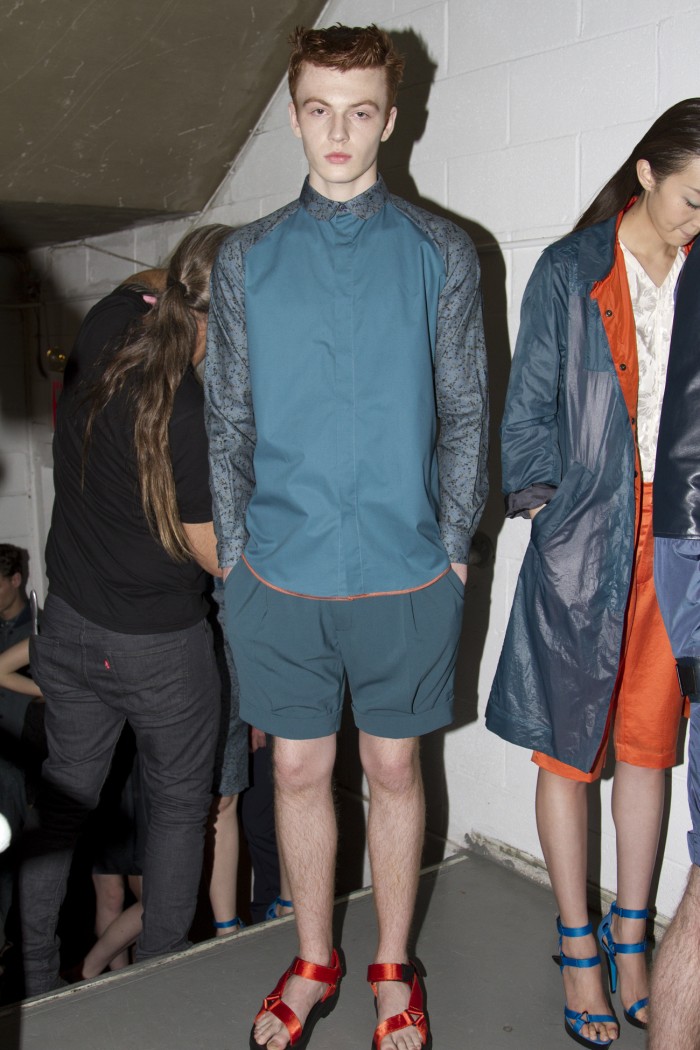 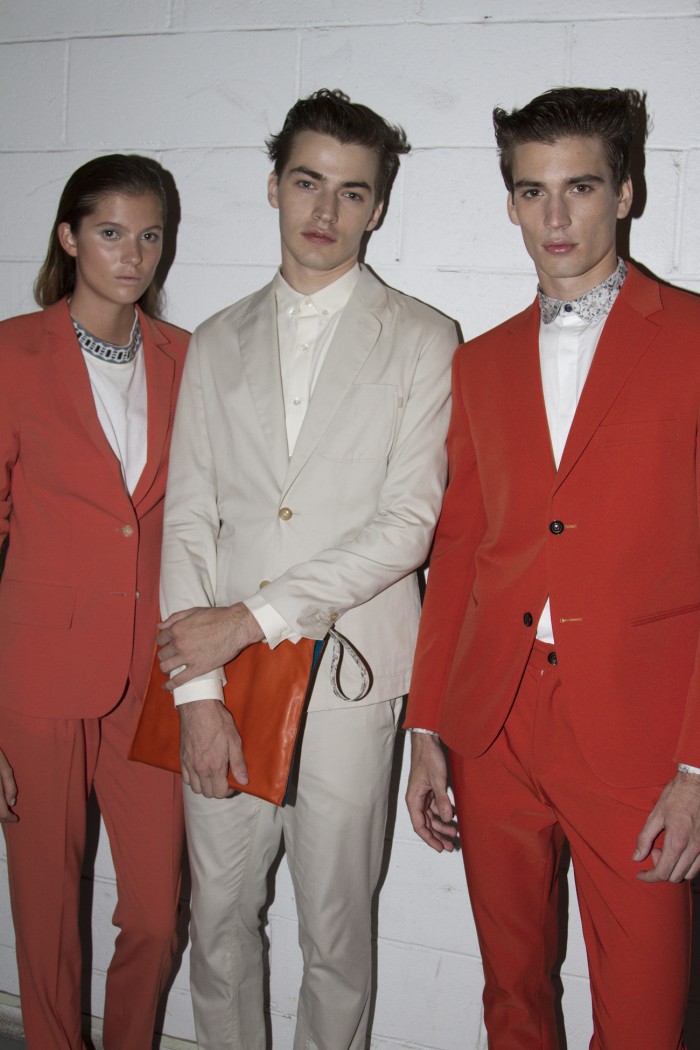 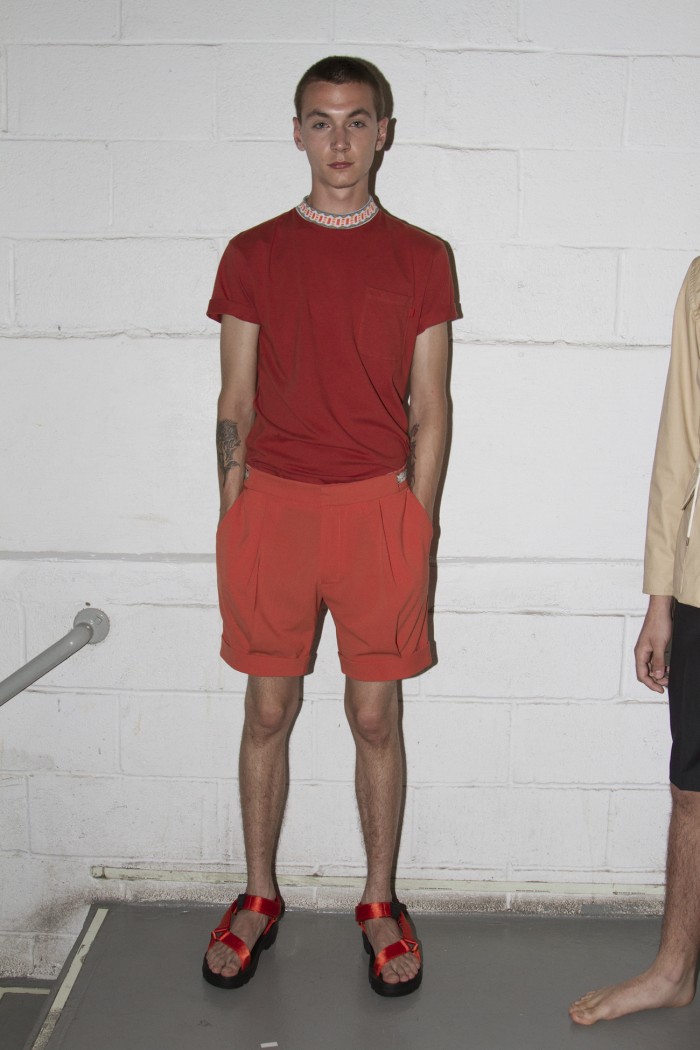 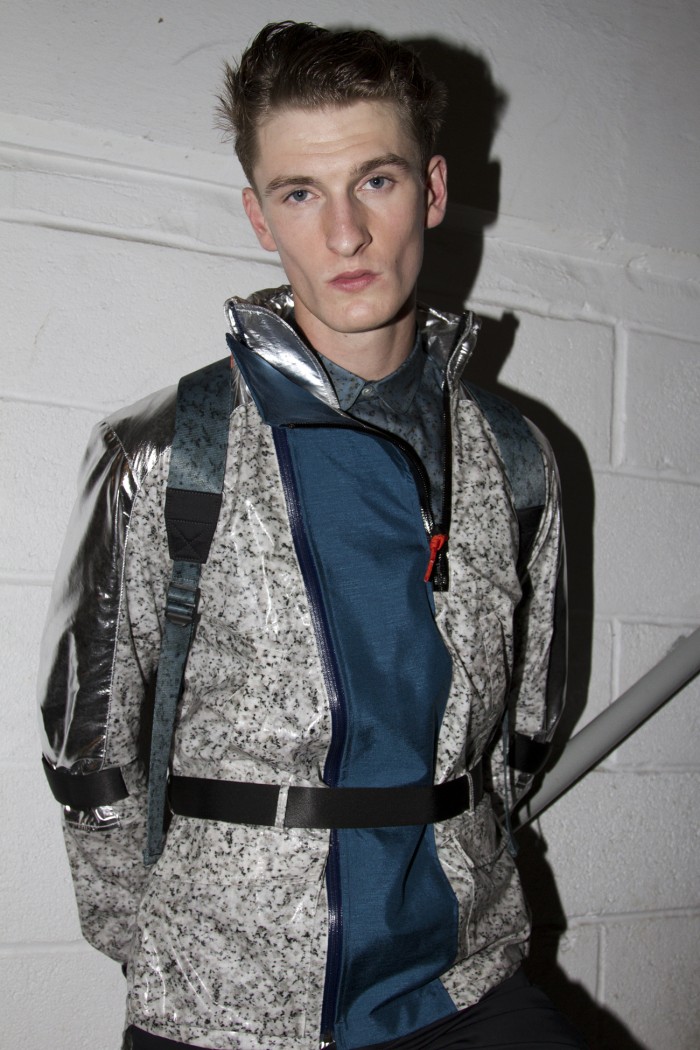 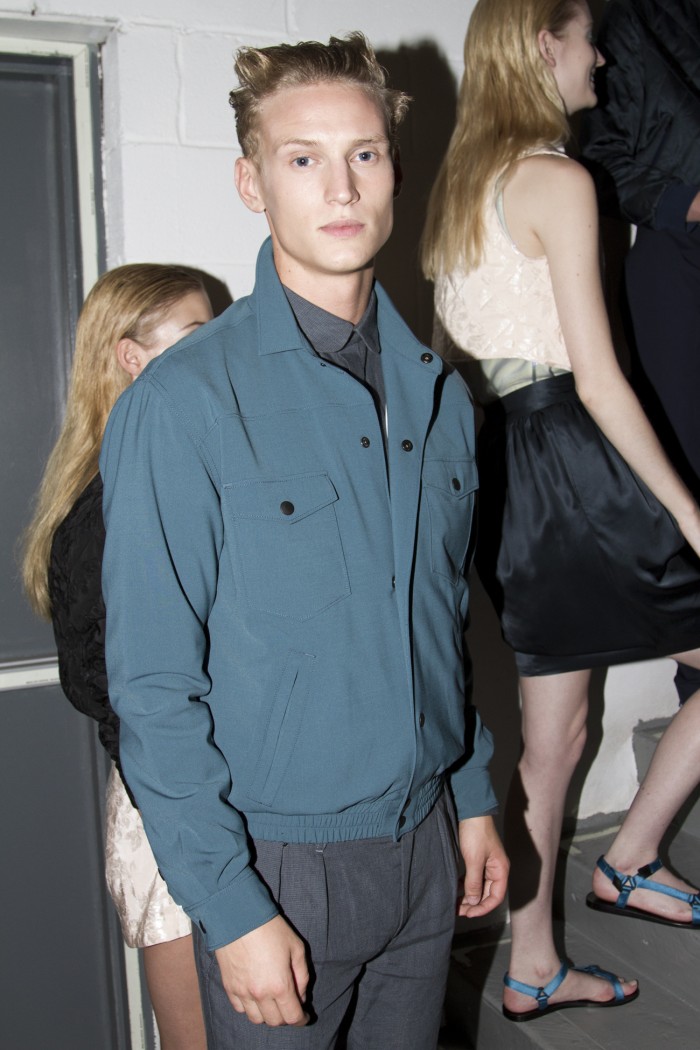 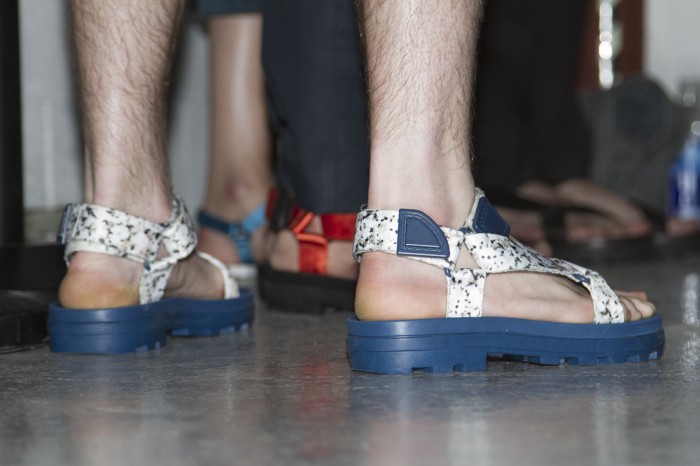 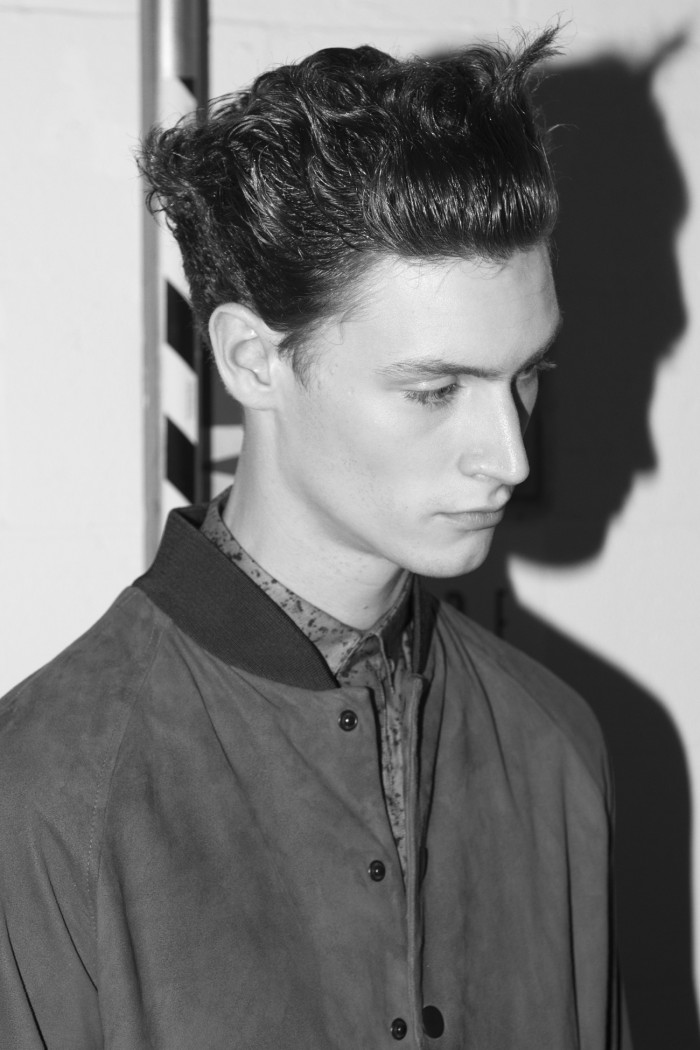 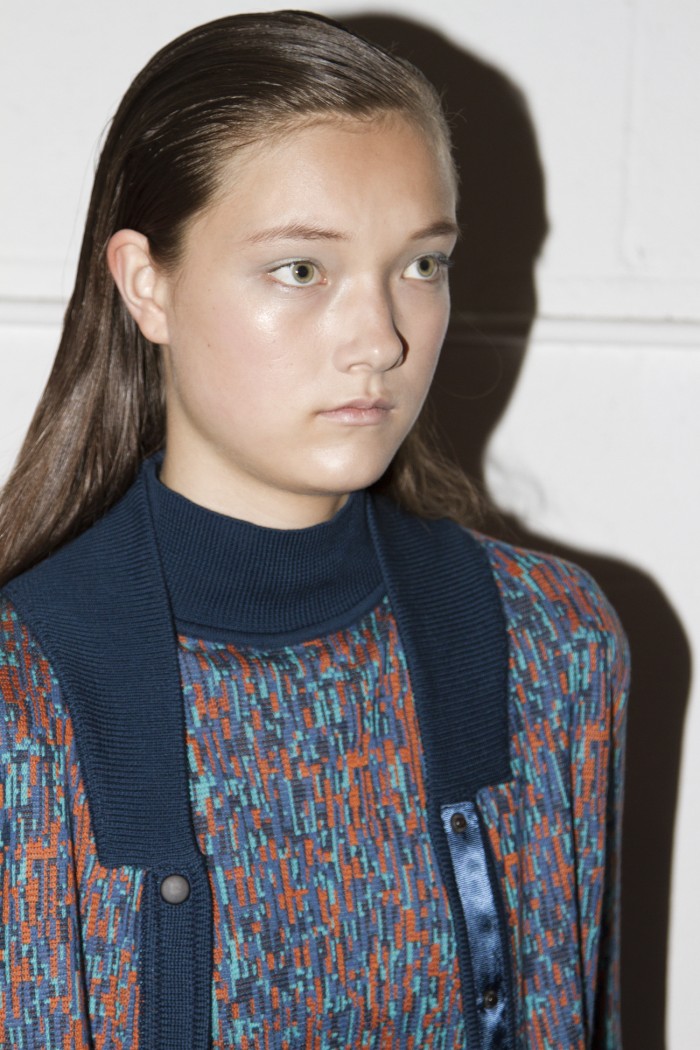 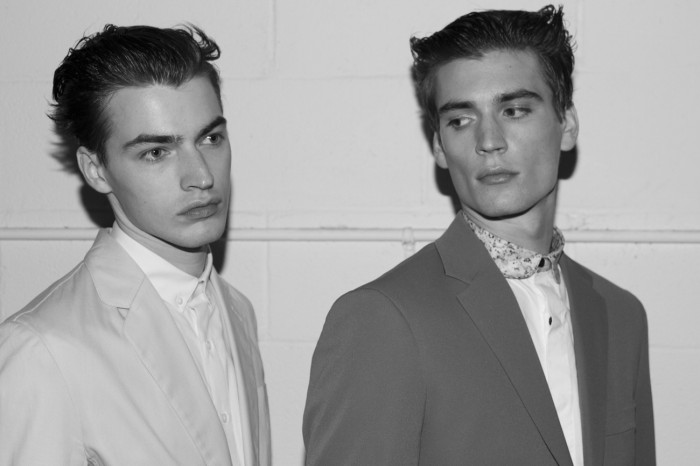 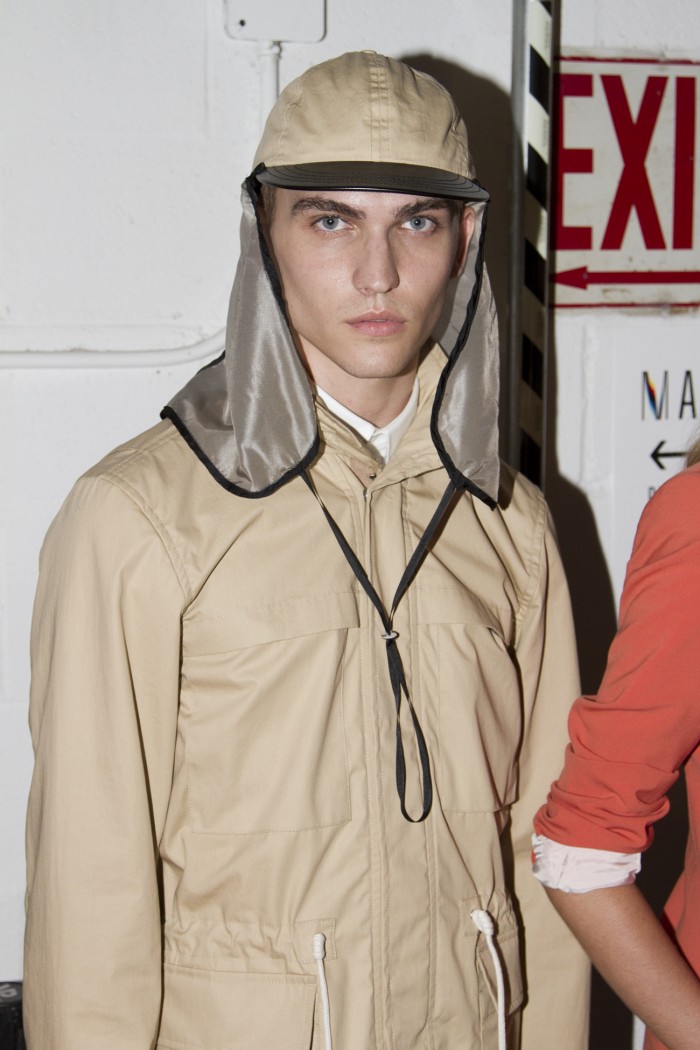 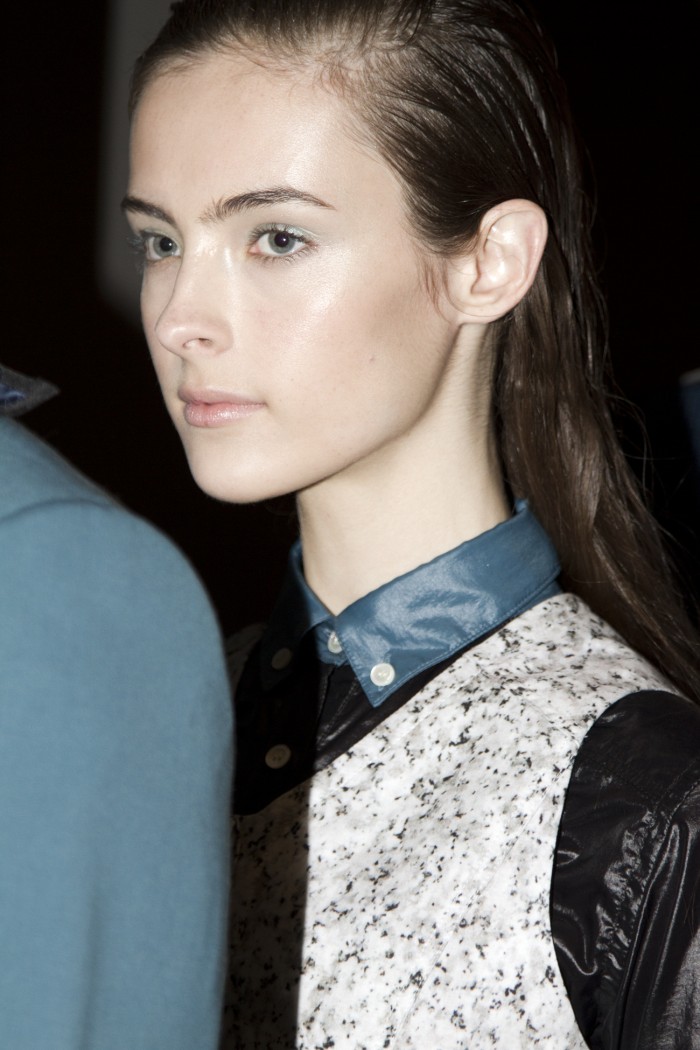