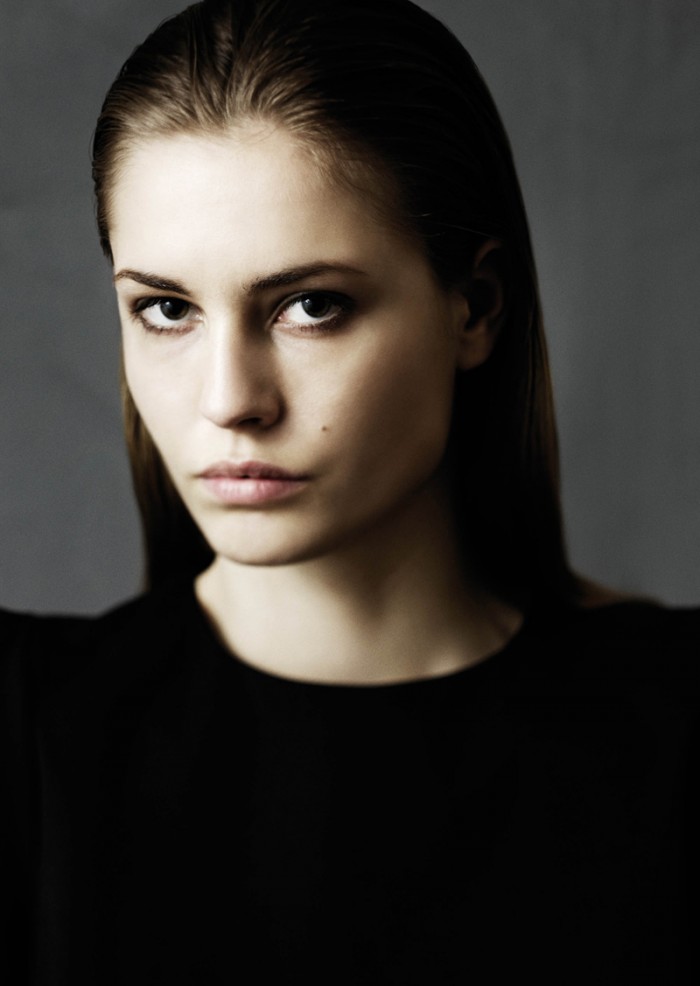 Well this is singular. 21 year old beauty, Nadja Bender has swept through the season thus far, emerging as THE break out girl of both New York and London. After opening Rodarte and Alexander Wang as well as logging the vital Calvin, Proenza and Altuzarra, Nadja has gone on to chalk up Burberry in London. Of course the former Model Of The Week logged appearances in the SS12 cabines of Alexander McQueen and YSL which makes her expanding roster of clients a sign of her versatility. It is that continuity of line that promises to make the remainder of the FW 12 season a champion one for this new Danish star.