2012 was a phenomenal year for the modeling industry, with a fresh crop of new stars showing their stuff as well as familiar faces who pushed through to that next level. Take a look back at some of the girls who had their breakthrough moment this year.

They said it couldn’t be done! A model who resonates with the commercial market and the most rarified echelons of high fashion. Kate Upton puts a 21st century face on the kind of straightforward, pinup sexiness that harks back to the days of Jayne Mansfield and Mamie van Doren. With legions of followers on social media, coveted covers (including Vogue Italia & British Vogue) and a public presence worthy of a Hollywood starlet, Upton is most certainly one of the year’s breakout stars. 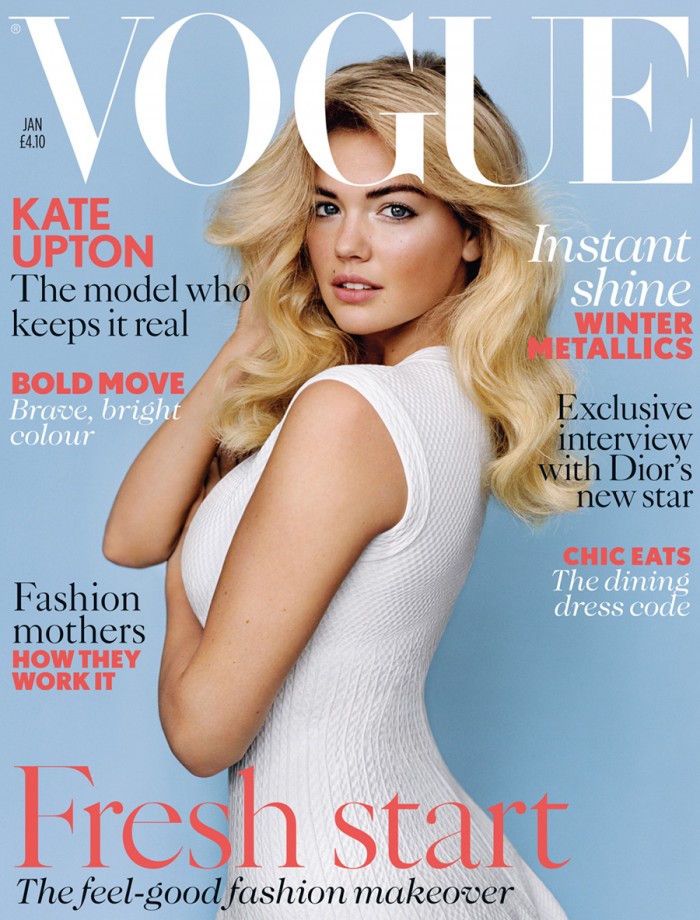 There is being a superstar model and then there is crossing that final line and becoming a full-fledged celebrity. You can have all the covers under the sun, but it takes going that extra mile to get the public at large to pay attention. This year Karlie and Joan (no strangers to success – they topped 2011’s models of the year list too) had their breakthrough moment by becoming the new hosts of MTV’s House of Style. Fashion wise both girls had an incredible year (Vogue Italia covers, campaign after campaign, memorable appearances on the VS runway) but it was stepping into the shoes of Cindy, Shalom and Amber that pushed them into the stratosphere. 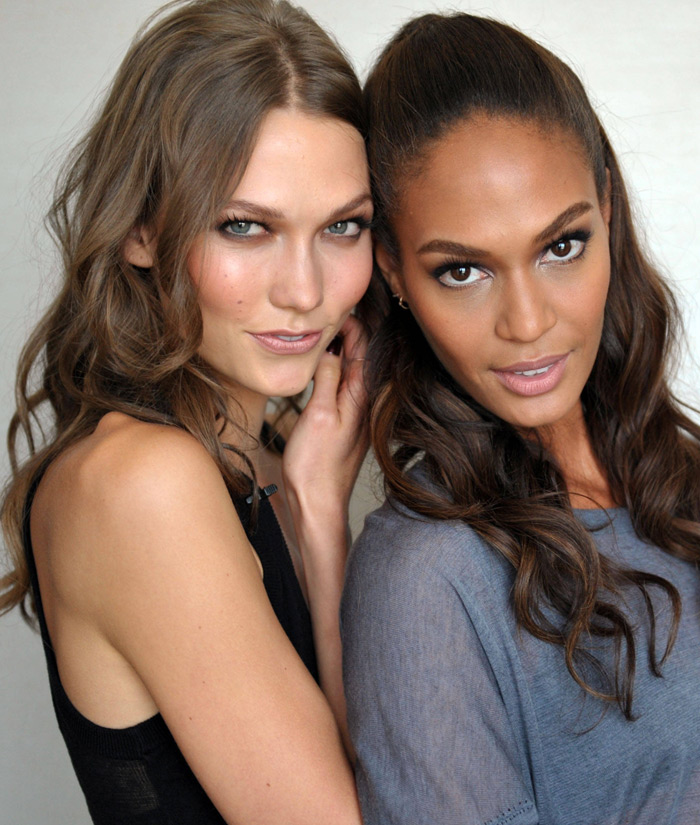 Elegance and edge all wrapped up in a perfect package, Nadja Bender’s rise to the top has been seamless and she shows no signs of stopping. Nadja is already a familiar presence in campaigns, with an only girl stint for Balmain and three seasons worth of appearances in Gucci’s luxe ads. 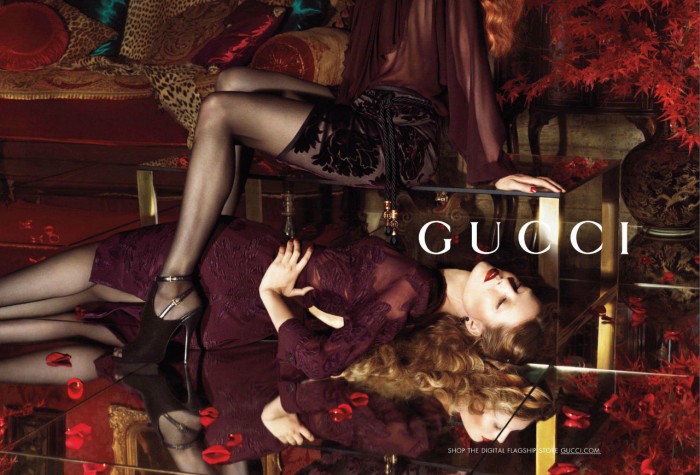 You can’t stop the unstoppable force that Meghan Collison has become, ads for every brand edgy brand on the market, a coveted slate of covers and editorial appearances and a look that remains every bit as original as the day she stepped into the spotlight. 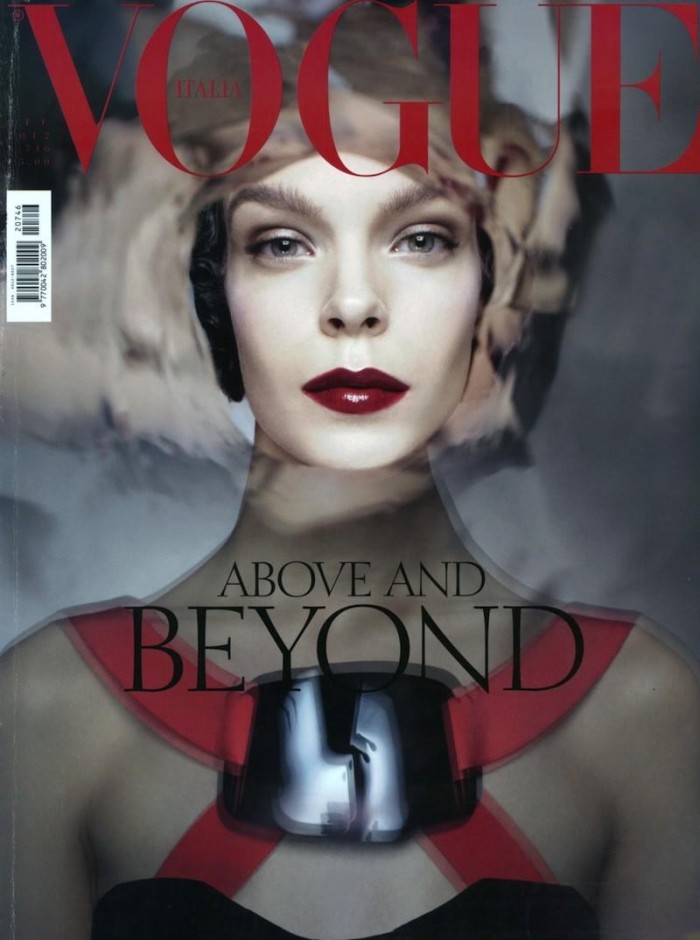 Cute as a button and extraordinarily versatile in front of the camera, Xiao Wen Ju struck a chord this year in memorable campaigns for mega-brands like Kenzo and Marc Jacobs. All throughout 2012 Xiao Wen kept showing up in all the right places – editorials in American Vogue, CR Fashion Book and Vogue China, on the catwalks of the best designers and of course on those millions of street style blogs. Even off the runways, Xiao Wen manages to turn each moment into an unforgettable picture. 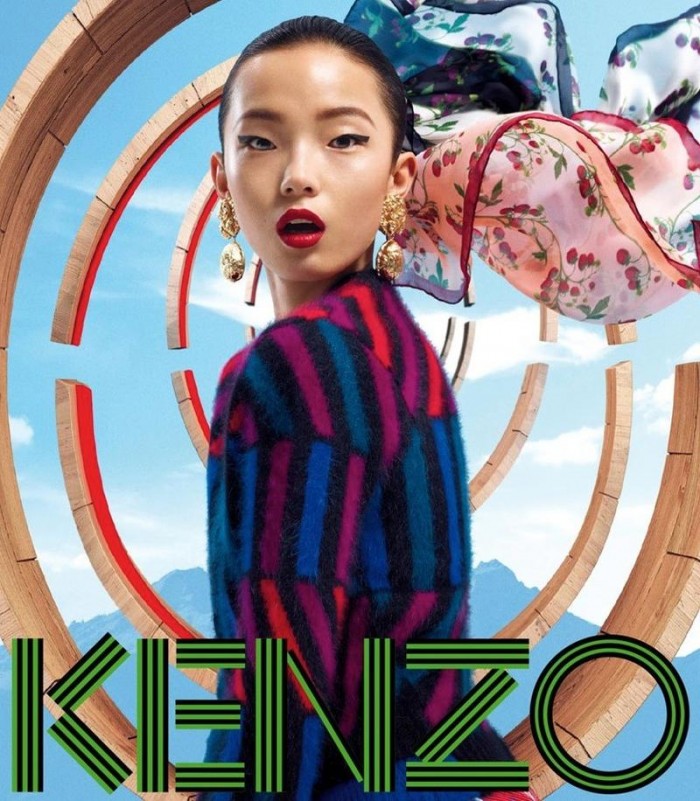 From girl most wanted on the runways opening a record number of F/W shows, to campaign presence du jour, Kati Nescher remains one of the most compelling faces to emerge in ages. Nescher’s aristocratic bearing and classic beauty have made her a favorite of designers and photographers in search of a timeless elegance; Saint Laurent Paris, Tom Ford, Nina Ricci and Chanel have all fallen hard for Kati’s charms. 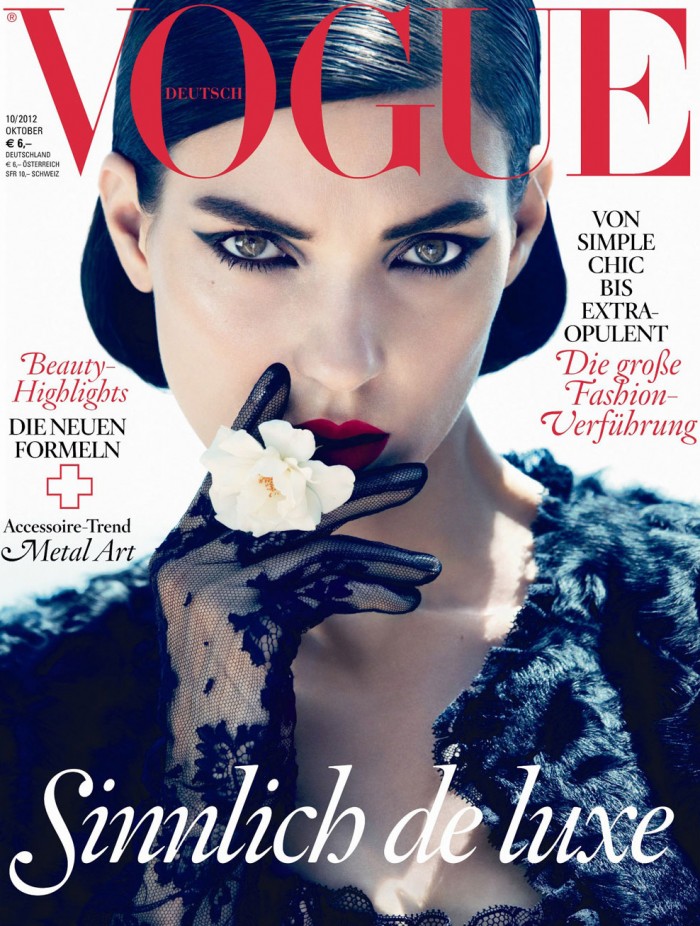 Daria has always been in demand, but 2012 saw her ascend to new heights as one of the most prominent faces of Dior – trumped only by Oscar winner Marion Cotillard. When a model and a movie star are on the same brand footing you know you’ve got a star on your hands. Daria was also front and center in ads for Chanel, Jil Sander, Louis Vuitton and any other brand looking for a bit of that coveted blonde cool. 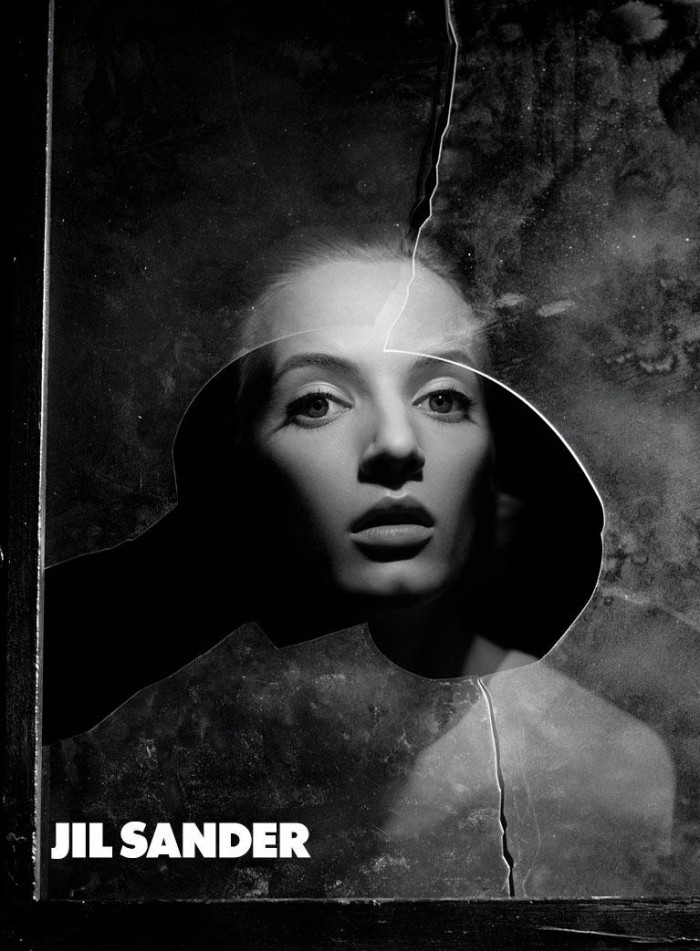 The Meisel exclusive is one of those fashion achievements that only a few girls ever get to experience. Impressing the industry’s foremost photographer is a coup, but impressing him enough to land a place in 2 Prada campaigns and 2 Vogue Italia covers in short succession is a major feat. 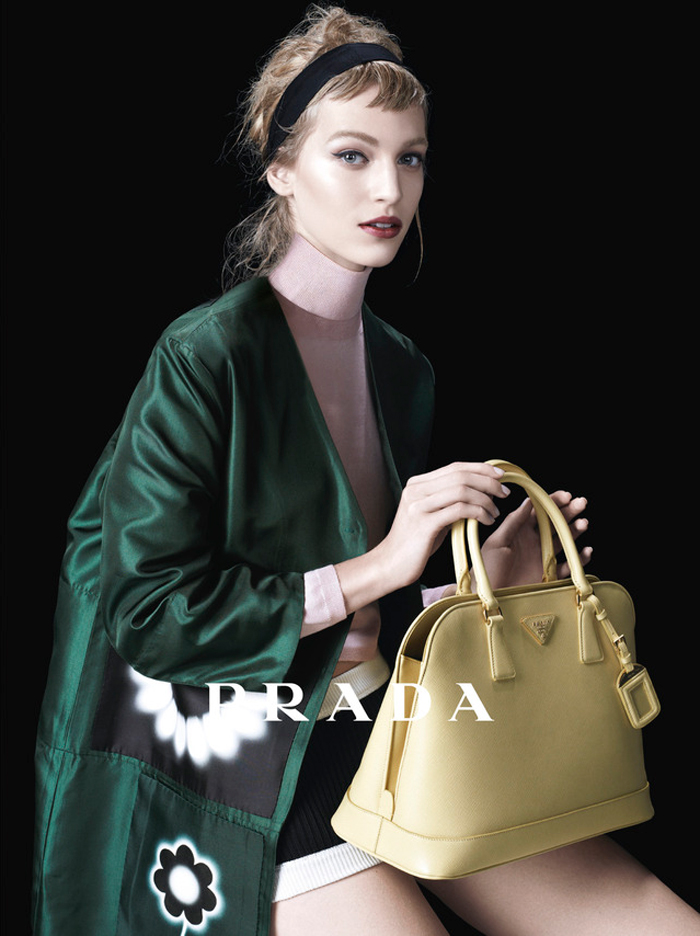 In a business saturated with beautiful faces, personality is the key to standing out and no one has more personality, fun and vivaciousness than Cara Delevingne. With humor and undeniable, Cara carved out a niche for herself, impressing everyone she came in contact with and appearing everywhere from the cover of i-D (sporting a spider over one eye no less) to ads for Chanel and Burberry. Her win as model of the year at the British Fashion Awards was the icing on the cake. 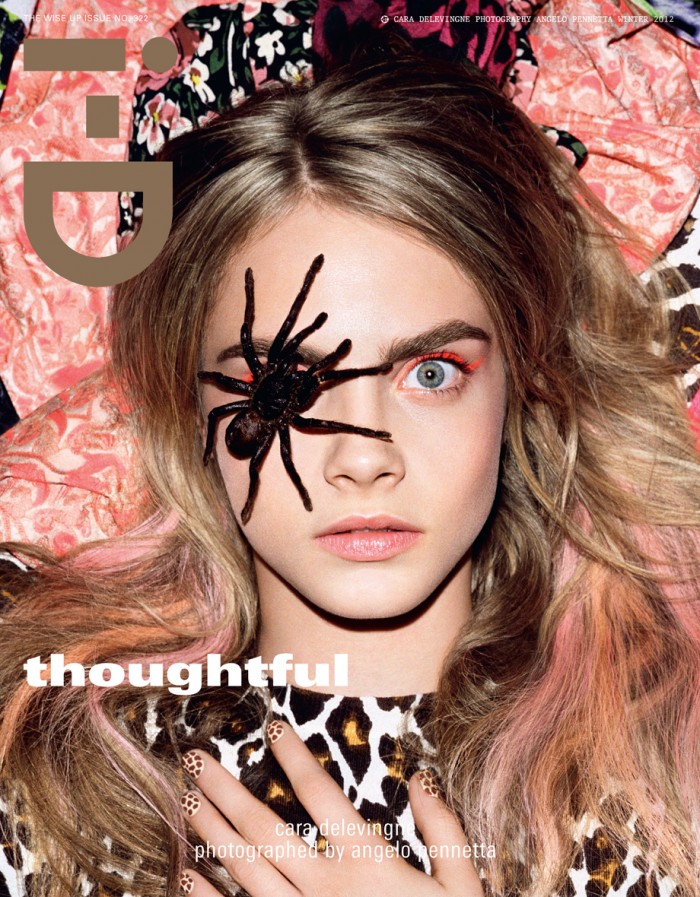 Once every few years a thinking man’s beauty arrives on the scene and impresses every client with an esoteric point of view. Marie Piovesan’s unique, sculpted features and intellectual background set her apart from the fray and in a short period of time she’s moved to the top of the heap as face of Celine, Marc Jacobs and more. 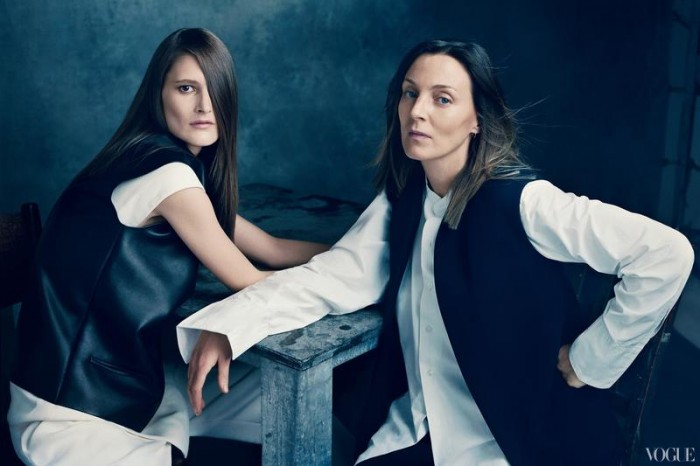 When it came to campaigns in 2012 Aymeline Valade, was the girl to beat. Armani, Bottega, Donna Karan, Lanvin, it is an accomplishment for a girl to land one of those campaigns but to land them all takes a true star. In 2012 the ballerina turned catwalker became the undisputed face of pristine luxury. 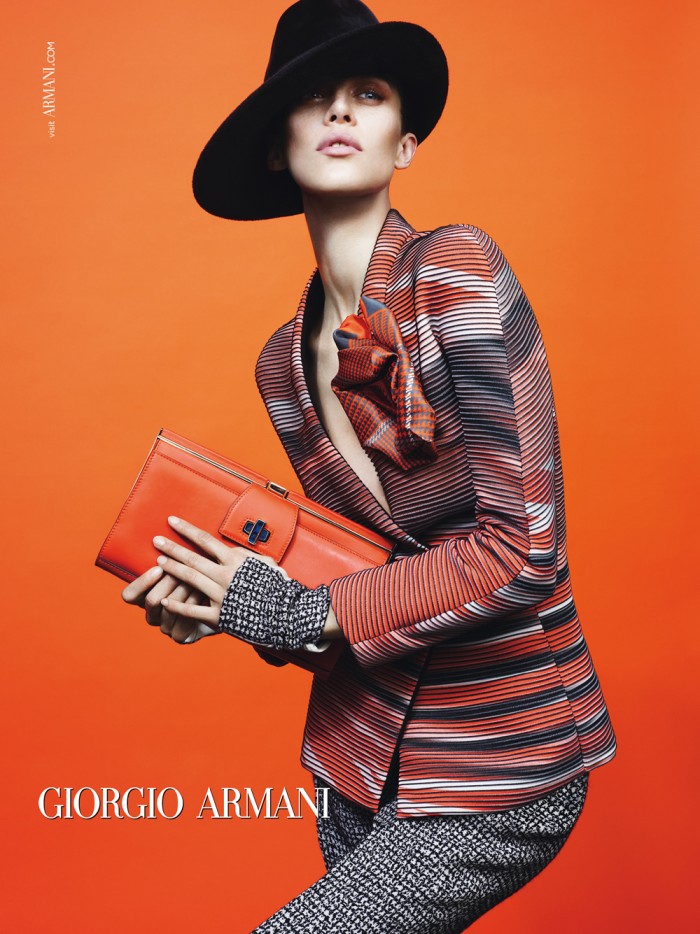 Don’t call it a comeback! Suvi returned to her rightful place on top of the heap with a series of high profile campaigns that flaunted her ease in front of the camera. In short succession Ms. Koponen snapped up Sims’ superb McQueen ads, a Chloe fragrance contract and a slew of editorial work, cementing her status as a girl of the moment. 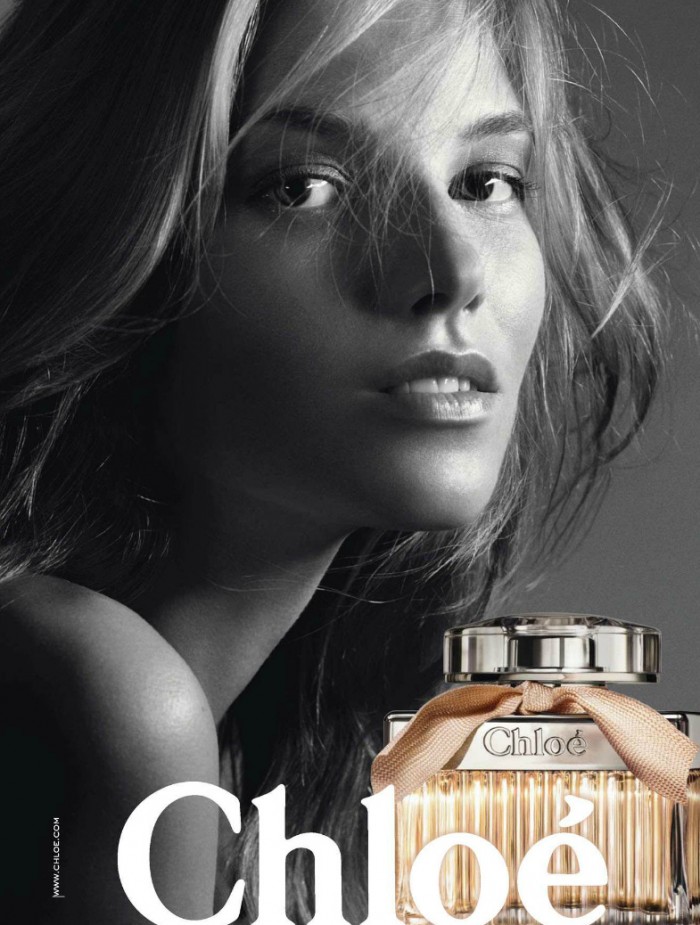 2012 Fashion Films of the Year
NEXT