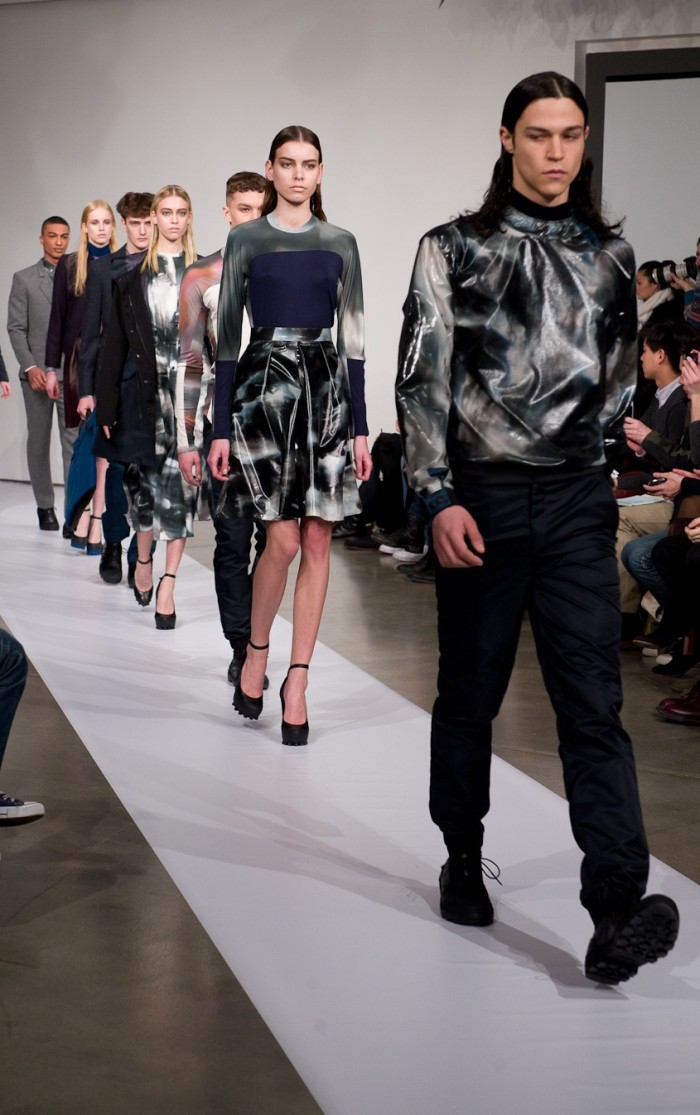 For Patrik Ervell’s second season showing full collections for both men and women, the designer found inspiration in the clash between protest movements and authoritarian states, adding a police uniform twist to the clean, minimalist aesthetic that has proven so powerful in his hands. The season’s emphasis on performance wear and athletics was manifested in swat jackets and field coats that were a more civilian version of the toned-down military look that Ervell favors. Russell Giardina’s opening tactical police sweater bulked up from padding around the shoulders, a look that proved equally accessible for women. With this collection, Ervell, long the go-to designer for New York’s cool, artsy guys, has proven that he is just as talented designing for the fairer sex. Materials and colors crossed over between the genders, and there was a sleekness to the simple lines of the girls’ overcoats and long dresses that matched the elegant directness of the guys’ sharp suits. 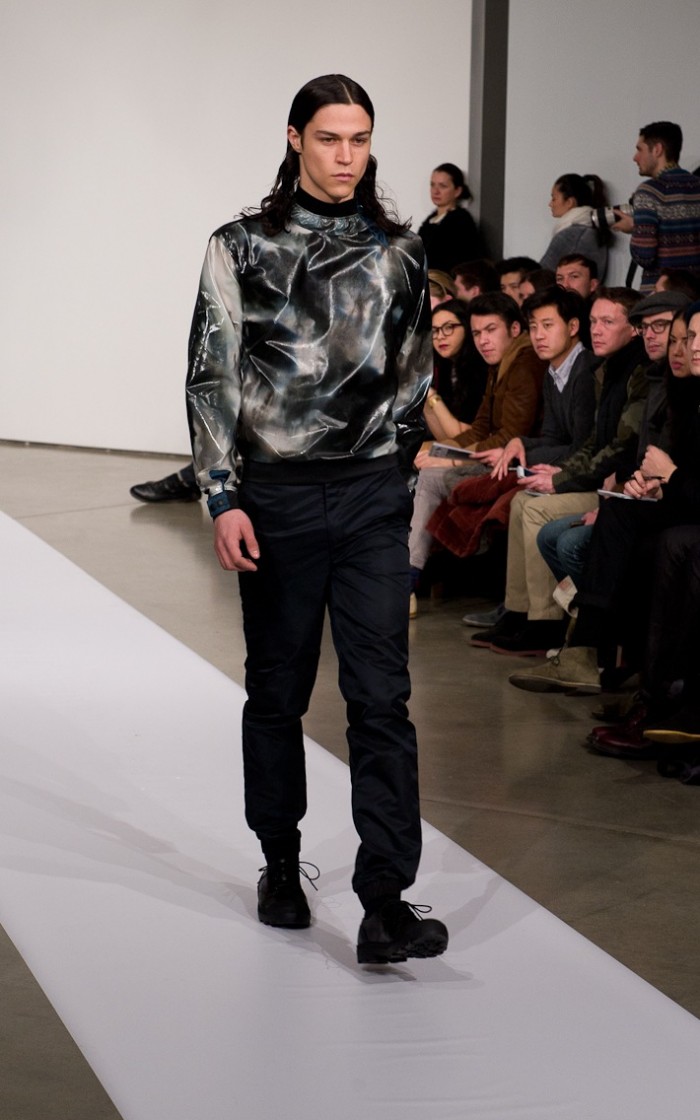 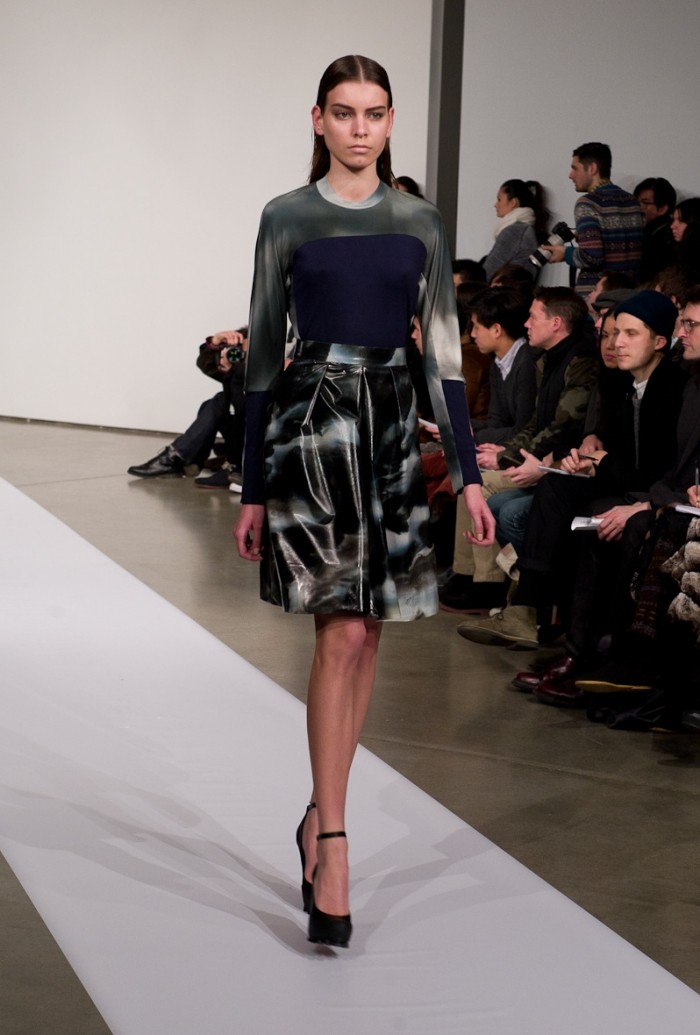 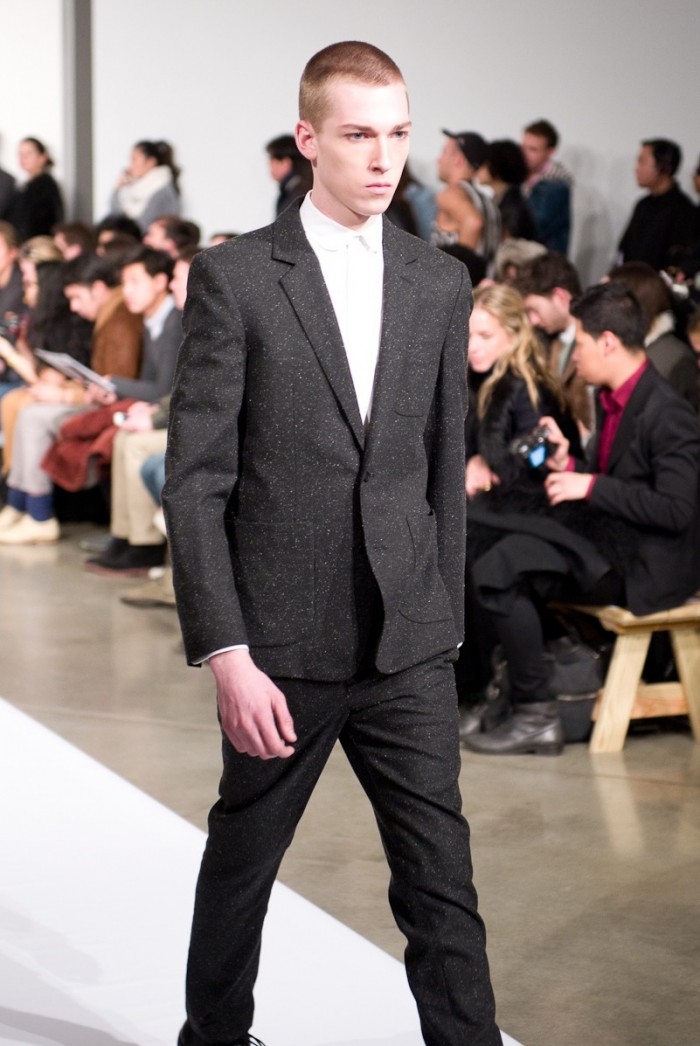 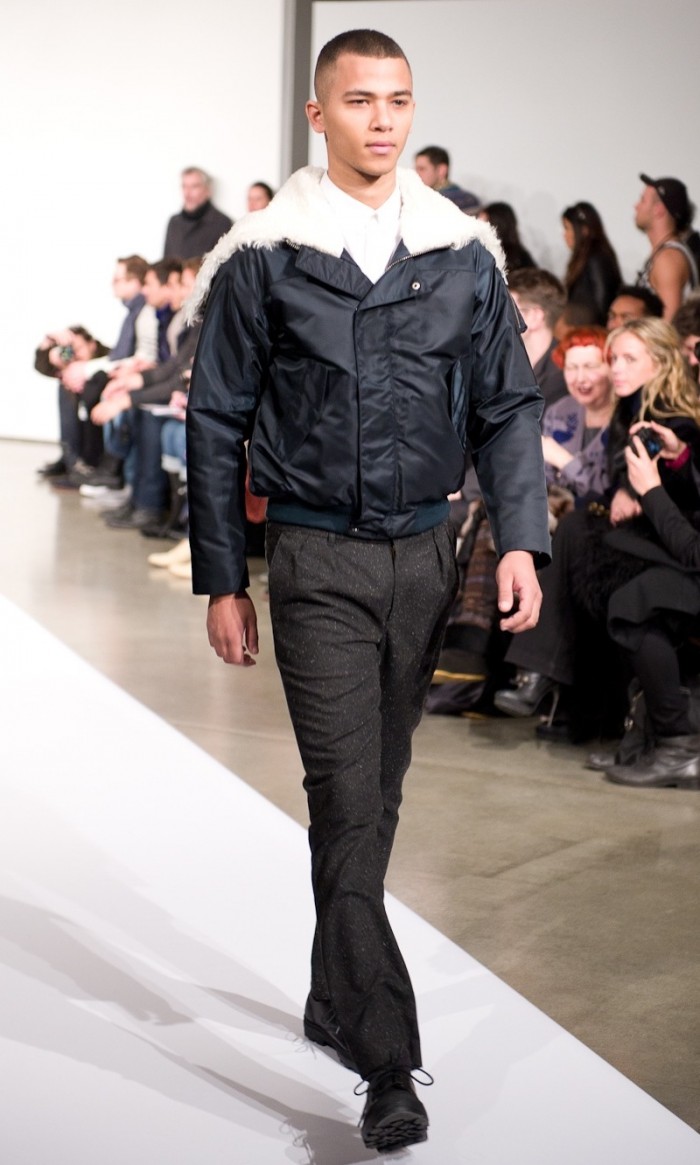 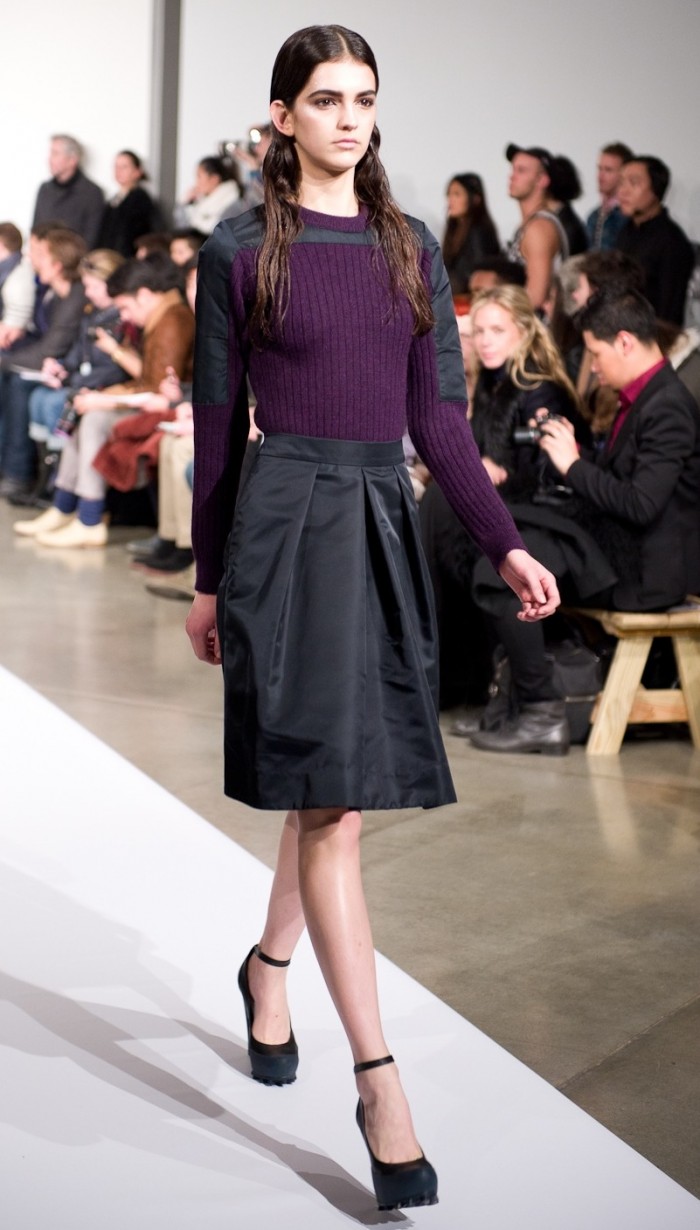 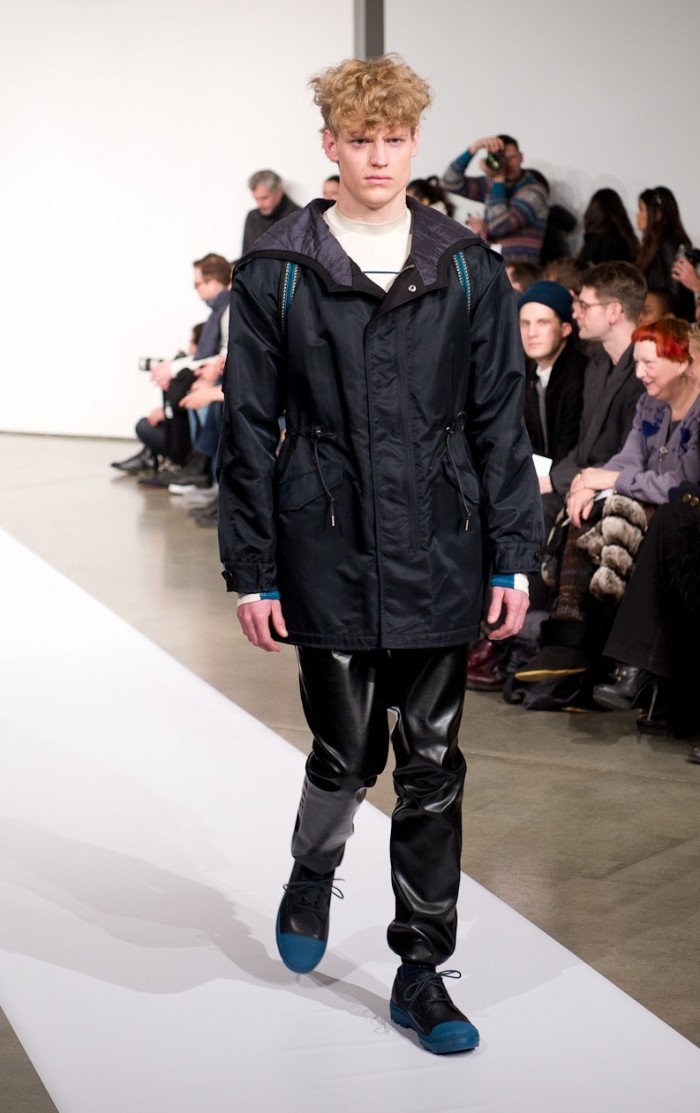 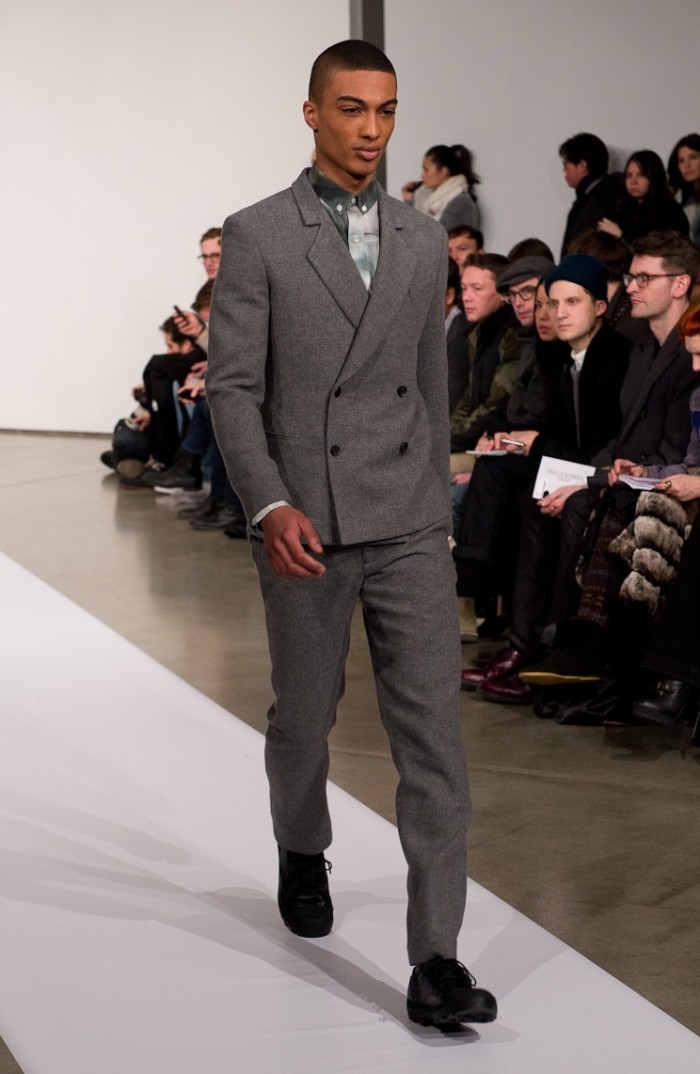 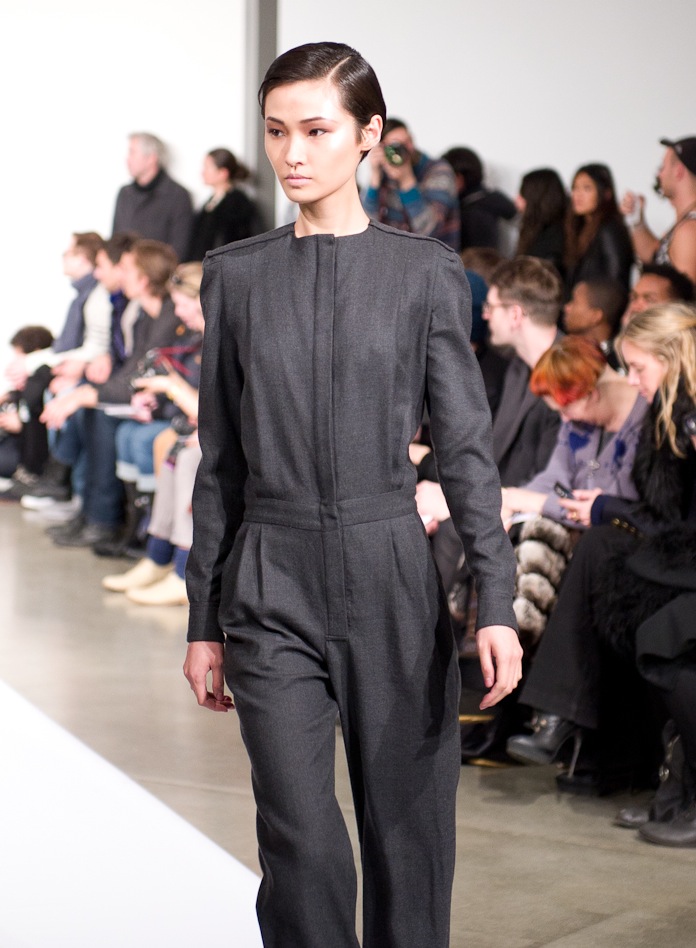 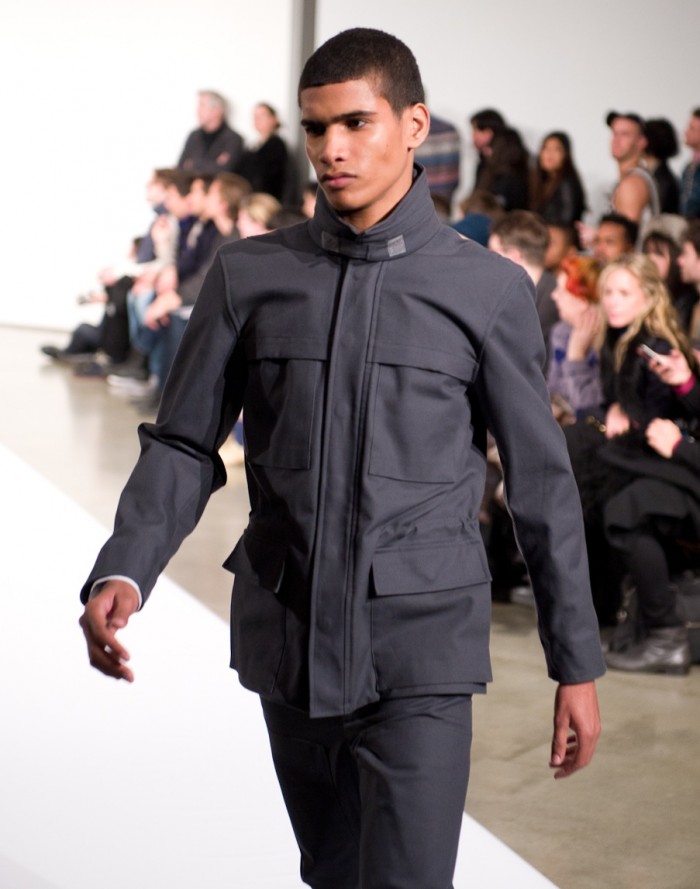 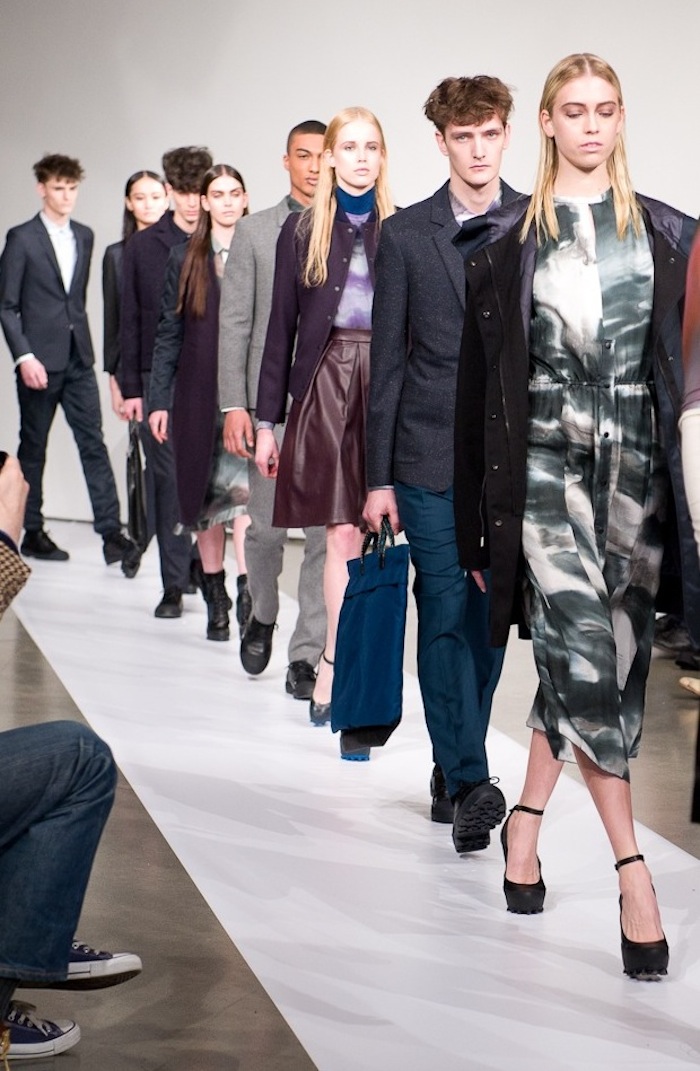