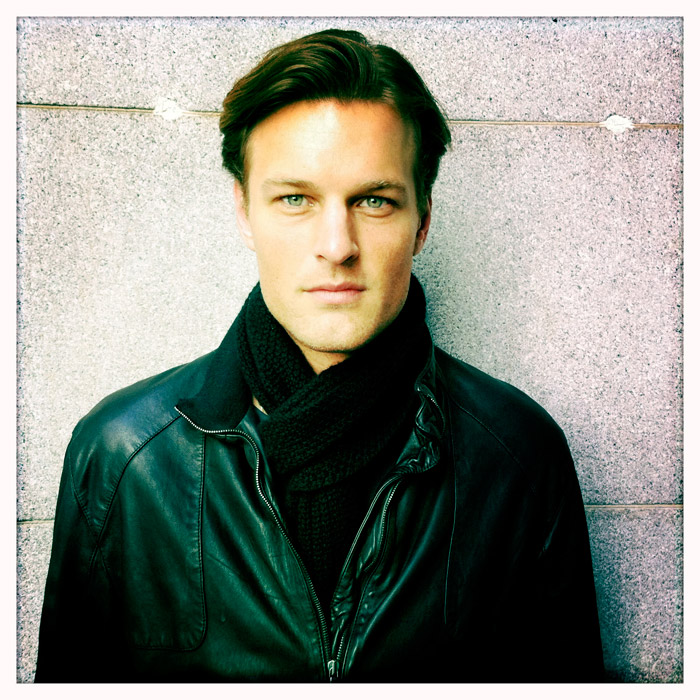 During his decade in the industry, Doug Pickett has become one of the modeling world’s most recognizable faces through his work with Bruce Weber and his many seasons on contract at Ralph Lauren. With his all-American looks and natural charm, it’s no surprise the arbiter of prep locked him down for eight years. After scoring the current Spring Louis Vuitton campaign, he is poised for ubiquity once again. Pickett spoke with MDC recently about his years of experience and his training for last month’s Boston Marathon, which he ran in 3:45:16.

MDC: How did you get started in modeling?

Doug: It was a convention called Manhattan Model Search, and my sister convinced me to go. I won the competition, and then I came up to New York and every agency was like, no, we never said we would represent you. I ended up signing with an agency called Boss Models, and that was May of 2001, so it’s approaching the decade-long mark. I was a junior in high school then, so I moved up to New York between my junior and senior years just to test out the waters, and it hit right away. I met Ralph Lauren like the first week and that turned into a meeting with Bruce Weber and then that turned into a couple bookings with Ralph Lauren. I got the message that my senior year in high school was going to be a big year for me in terms of the first year in the business, so I was fortunate in terms of striking it pretty lucky at first. I got a good client, and good contacts right out of the gate, so it happened really quickly for me.

MDC: When you first started, did you think you would be able to have this sort of longevity?

Doug: No, I never pictured it like that. I was always very short-sighted in terms of what I wanted out of modeling and what I could get out of it. When you start out, everybody wants to amp you up in terms of telling you, you could make this amount of money, you can do this, you can do that, but once you get into it you realize it’s a business like any other and if you treat it like that then you can extend your shelf life. I didn’t figure that out until probably four years after I started. But no, I never really thought that. My agent Jason can attest, I was always like, two years, then I’m out, three years, then I’m out, but the circumstances were always such that it didn’t seem like a smart decision to step away, and I’m very thankful for that. With that said, I had to make an intelligent decision to stay in the business because it was the best thing for me at that time.

MDC: What reaction did you get to the Ralph Lauren ads at school?

Doug: I missed a lot of days my senior year of high school, but my teachers and everybody were really supportive, especially when the ads started coming out. It was in all the big magazines, it was a huge fragrance launch. It was fantastic for me, but it was also kind of weird. People I grew up with were like asking me to sign the Polo Blue ads. And it was the classic thing with everyone telling me, oh, you’re going to be a famous actor, you’re going to do this, you’re going to do that. So it was just a lot at once and I think I handled it well. [Laughs] I don’t know, I think other people can attest to that better. But I had a good group of people around me to be able to handle everything that came my senior year.

MDC: Do you think that people still see you as the “Ralph Lauren guy”?

Doug: People in the business definitely do. It’s a blessing to be that, because that’s the most loyal client in the business, at least in the U.S. But it was also hard when I stopped being on contract with Polo and went back to being a freelance model, like most everybody is. It was sort of hard to shed that image while also taking the Ralph Lauren jobs, from a business perspective. But the Ralph Lauren jobs are great exposure, great money, great friends. Or you can sit out and wait for it all to shed and then you can start working for other clients, start trying to build it back up. I battle with that a lot with my agent and we’ve tried to strategize, because like I said, I was like, two years, I’m out, three years, I’m out. But it worked out in my favor in the sense that I kept working for Ralph Lauren and I didn’t really work for other clients because I was still the Ralph Lauren guy. I went internationally because of the Ralph Lauren stuff, which helped build a different sort of credentials. But I did work for major clients, stopped working for Ralph Lauren campaigns, and then it was sort of quiet, and then I got the Louis Vuitton campaign this spring. So it’s been a good run for me, ten years.

MDC: Can you tell me about your training for the Boston Marathon?

Doug: It’s my first marathon. I’m training my ass off, it’s so hard. I’ve done triathlons, and triathlons are a little bit easier because I’m just not a good runner. So running for two-and-a-half hours, three hours straight is just nerve-wracking, but you also cross a certain threshold, which I’m starting to get to. I run like two hours straight, and it’s at a point where it’s therapeutic, like Murakami said in What I Talk About When I Talk About Running. People almost find therapy in the sense that they’re running to the silence of their mind, going through their thoughts. So I’m actually now starting to find it very, very helpful. I’ve always wanted to run a marathon once, and it’s also an excuse to get in excellent shape. I’m 27, so I’m at an age where I don’t want to wait any longer. I’m in good shape, so I can get in better shape more quickly now than I would be able to when I get older. Hopefully it’s the last one, but we’ll see. Maybe I’ll fall in love with it, who knows? Everybody has different reactions to it. I’m a tall guy so my knees are a concern right now. Twenty-six miles is rough.

Fashion for Japan
NEXT