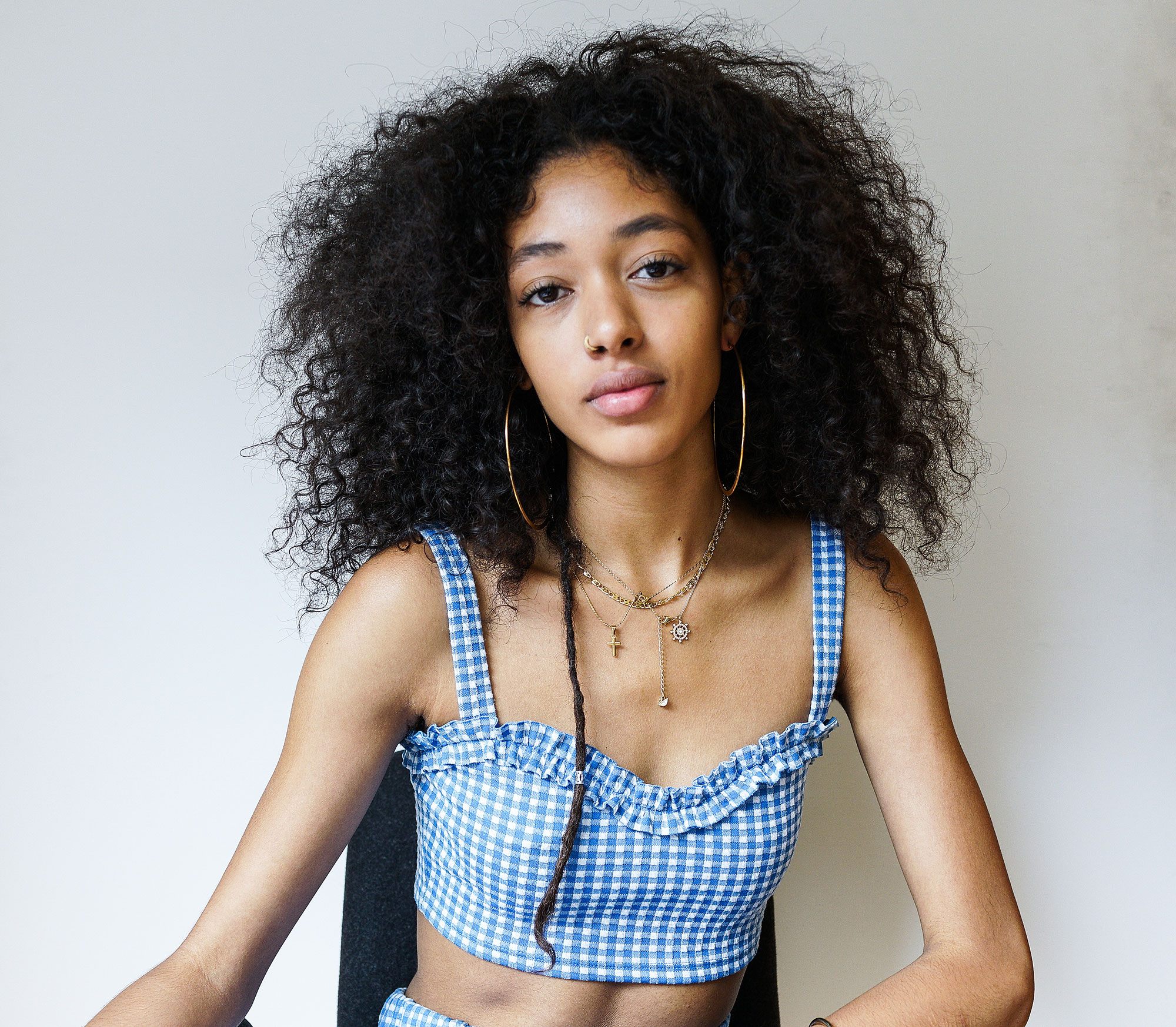 It’s rare to meet a model on the cusp of her big moment but for new face and former pageant queen Riane Herzik half of the work is a simple manifestation. Just shy of two years on the modeling scene, the Nigerian by way of Texas has secured a smattering of notable editorials and runway shows in New York but is fearlessly eager for what the future holds in store. We spoke briefly to the charismatic rookie about getting scouted, her first shows and future aspirations, and the growing need for more sensitivity in the fashion business.

So you’re from Austin, Texas? When did you first come to New York?
Two years ago, in March. It’s pretty different. I was snatched from Austin. I was found at the grocery store, so everything was super rapid. DNA saw me on Instagram and moved me here within three weeks. So, it was an adjustment that was chock full of depression and anxiety. Just all the real stuff started to kick in but it was a learning curve.

Were you homesick or nervous?
I’m always homesick. But I mean, I’m an adult so I’m not going to sit there like, “Oh, my God.” I have to take care of myself. So, you go through the motions. But New York is New York; it sucks sometimes but at the same time, there’s such a vibe about it.

How has the experience of being scouted on Instagram affected your relationship with the digital realm? Has social media been an asset to you?
I had to deactivate my Instagram in April because it’s not something I want to negate my life. In a sense, I feel like it always has and I wasn’t recognizing it. The way I was found, I had no idea what modeling was or what the rules were. So, the more I saw how Instagram ideals were and how everything was so together, I wanted to get away from it. I do feel like it’s a big part of what we do to post our work and to be involved but I still feel like I can be involved and not have to be on social media all the time.

How has the experience been walking your first show? Do you remember it?
I do! It was actually a show that Teyana Taylor was in for GCDS when they showed in New York. Before the end of the show, my heel broke. They fixed me quickly and honestly, it was really cool because I had done a few shows in the past but nothing crazy like that. Then I did a Victoria’s Secret Pink campaign right after. Just little jobs but it’s nice seeing the steps I keep taking forward happening all the time.

How exhilarating was it? Did you have to pump yourself up?
No, I love shows. I don’t know why. I actually did a pageant in Austin when I was really young and after that, this group of people in suits talked to me. I didn’t win it but I won Miss Congeniality. I was mad friendly, and these people came up to me saying “we really feel like you’ve got it.” And I was like, “I don’t know what *that* is.” But especially my first runway show, even just the run-through, it was so much fun. Everyone’s looking at you, you feel great, and they took hours to make you look great. I don’t think I ever get nervous.

What’s your favorite place in the world?
Greece. Athens, specifically for the architecture. I could live in a shack there for five days and I’d be in bliss. Also Nigeria, pretty much anyplace in Lagos. My family’s from Ondo State and I absolutely loved it.

Who do you look up to in the industry or out of it?
Jesus? [laughs] No. Let me see. Person-wise, I don’t know if I have like a specific role model, but people like Dilone, and like my friend Alanna [Arrington] and Naomi Campbell. There are so many people individually doing such great things that I kind of feed off of.

One of my best friends right now who we’re the same age, her name is Rose Daniels. That’s one person I definitely know that if there’s anything that I need to know in life or that I’m questioning, I can go to her. She’s definitely come a long way herself – she’s a little girl from Mississippi and people in the industry really like her. I think of more people who have a positive mindset than someone’s career that I want to emulate. I feel like if I manifest it and I believe in myself, that the things that I want will come to me. If something’s meant for me, it’ll happen.

What’s your favorite part of the whole modeling process? Is it shows? Editorials or shooting?
Campaigns are always fun because you get to see them everywhere but I think editorials are more interesting you get the more creative side. I like shooting editorials period because I used to be so nervous because I think I expected to come and it’d be really easy for me, but I had to do so many test shoots. You could tell I was just green! But I love shooting – the vibe, the clothes, the faces. You can make a different feeling or mood, really transform the clothes, just by being you.

What’s the one thing that you wished you knew about modeling before you started?
The pace and expectations. It’s not necessarily like I have to eat a certain way or look a certain way but I have to present myself correctly every time. There is no, “I’m on my period and I want to look like a slob” Everything’s so fast and there’s no, “oh go do your own pace.” Other than that, I’m very myself, so I feel like nothing is really that hard for me because I adapt to everything.

Now that you’ve kind of been in it for like two years, is there anything you would change about the modeling industry?
Sensitivity. I feel like there’s not enough of it in the industry. Everyone moves how they want to move and no one really has this aspect to them. They just kind of do and go, instead of thinking about the end result of things. There’s a lot of times that everyone is not always comfortable because people aren’t as sensitive as they could be. We’re humans and we all have emotions. I feel like sensitivity is something that everyone in this industry needs to carry on to and hold more.

What’s one thing that you’re super focused on achieving in the future?
I want to open at least 10 orphanages around the world. Right now, I have one in Nigeria because that’s where I’m from. I want covers on covers on covers but only because I feel like there are portions of people that come out every time someone else gets their time to shine – hopefully my time comes soon! I also want to do the Victoria’s Secret show. I got the call back last year, you know, and basically the casting director said, “Come back. When you’re a bit older.” I’d love to be on the cover of like Vogue Arabia and I want to do more editorials that show who I am. I feel like that’s all a part of the growth of my career, that’ll happen. 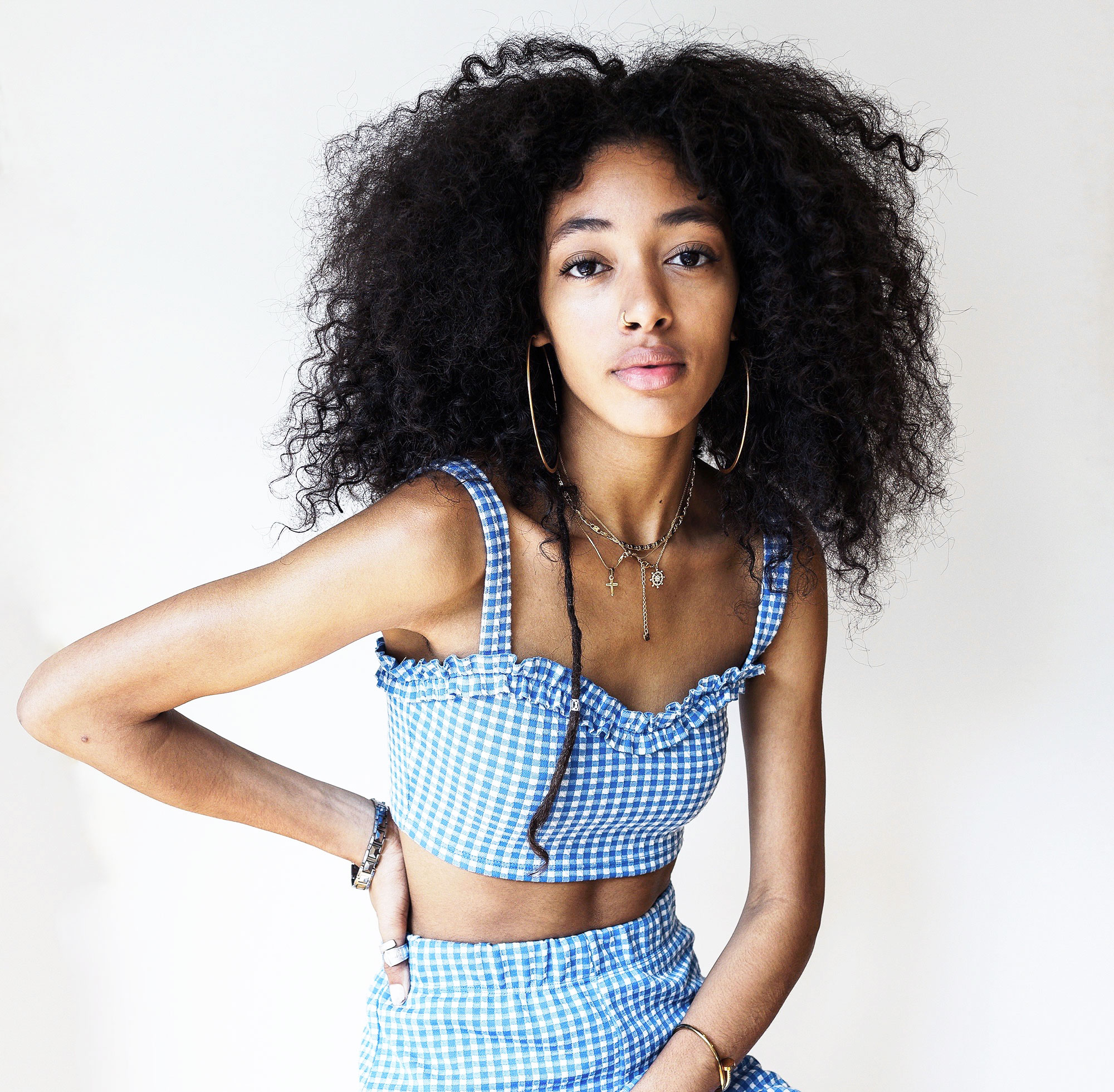 British Fashion Award Nominees, Gucci Cruise and more of the news you missed
NEXT Christopher John Rogers cultivates a fantasy with his designs