Instagram Hoax Separates the Savvy From the Susceptible
“Don’t forget tomorrow starts the new Instagram rule where they can use your photos. Everything you’ve ever posted becomes public from today, even messages that have been deleted.” So it went. The rest is history––or a day-long chapter in social media fake news most would just like to forget, referring to the sketchy, vaguely legal post that went viral claiming Instagram had a new photo usage rule and the only protection from the privacy breach was to…repost the text. To be clear, this has never worked since the beginning of posting on the internet. This only had to be said because, without name-shaming, a many venerated industry players and heroes were gullible enough to repost the veritable scarlet letter on their feeds. It was a tell-tale sign of those who didn’t flip their tests over in school to check for more questions. Stephanie Otway, brand communications manager at Instagram, told WWD, “There’s no truth to this post.” 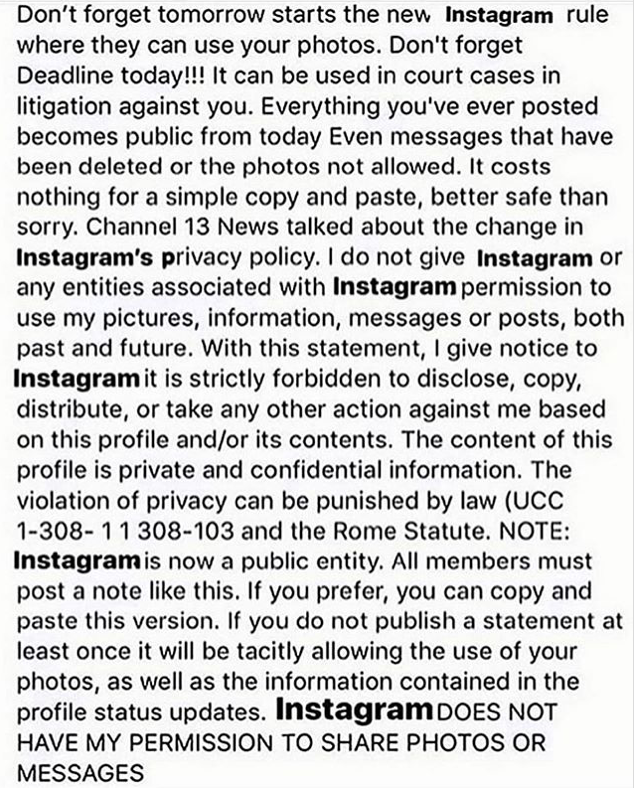 Celine, Sevigny Release Scents
Hedi Slimane announced his 11 scents under the name “La Collection Celine Haute Parfumerie” that would be available come October of this year. The fragrance under the Celine artistic director are the first for the French house since the 1964 Vent Fou. In other perfume news, Chloe Sevigny released “Little Flower” with Régime des Fleurs, her first foray into parfumerie and celebrated the scent with a Dover Street Market New York launch.

Victoria’s Secret Sales Continue to Fall
L Brands’s Victoria’s Secret continues to report slow foot traffic in stores after its latest PR nightmare lingers. The company’s CEO Lex Wexner has come under fire to his past connection to billionaire and convicted sex offender, Jeffrey Epstein. With last year’s controversial remarks from former chief marketing officer, Ed Razek, cancelling its annual show, and models reporting that Epstein posed as a modeling scout for the brand, it’s been an upward battle for Victoria’s Secret to change its overtly sexy image in wake of the #MeToo movement. [Bloomberg]

Teen Vogue Launches Designer Mentorship Program
Teen Vogue announced plans this week to launch its new Generation Next initiative supporting global design talent the opportunity to take their businesses to the next level. Five design teams will venture to New York Fashion Week this season and will contend for the opportunity to have their designs featured in the publication’s annual Young Hollywood cover shoot. Twenty Minutes with Jordan Daniels
NEXT