Robbie Spencer Steps Down from Dazed
Robbie Spencer announced yesterday he is stepping down as Fashion and Creative Director after 6 years in the role and 15 years at the publication. Dazed Media put out a statement dedicated to the fashion stylist that readers, “will understand how much he has shaped Dazed’s visual identity in a lasting way, as well as the sheer love and dedication he has put into making the magazine unforgettable.” His last issue of Dazed in his former role will be the upcoming winter issue out November 21st. But don’t fret! Thereafter he will take on the new title of Executive Fashion Director and will continue to cover stories.

@dazed, where do I start… the first magazine I bought; my first job; starting out as a fashion assistant and working my way up to creative director; 15 incredible years of working with such an amazing team. Thank you so much @jeffersonhack for your trust and belief, it's been such an honour working with you. @isabellaburley and @reidjamie I am so proud of everything we have achieved together and to all of our talented contributors, thank you so much for your support and making this all possible. Looking forward to the next chapter! My last issue of @dazed as fashion and creative director will be the up coming winter issue out November 21st from then on my new role will commence as executive fashion director. https://www.dazeddigital.com/fashion/article/46365/1/robbie-spencer-announces-new-role-as-executive-fashion-director-of-dazed

Jean-luc Brunel Willing to Speak to Prosecutors About Jeffrey Epstein
It’s been reported that the friend of Jeffrey Epstein and founder of MC2, Jean-Luc Brunel, is willing to talk to prosecutors regarding his relationship with Epstein regarding the sex-trafficking charges against Epstein and the role, if any, Brunel played in facilitating his illegal activity through his modeling business. Mr. Epstein committed suicide in jail in August before a full investigation. An article in the Telegraph alleges Brunel has sold the assets to MC2 in New York with plans in motion for MC2 in Miami. [Telegraph]

Victoria Secret Shows Signs of Being More Inclusive
L Brand’s Victoria’s Secret released images from a new collaboration line with Emily Bendell, the images feature transgendered model and actress May Simón Lifschitz as well as plus-size model Ali Tate Cutler (also in the photos Olivia Sang and Laura Rakhman-Kidd). The more inclusive casting is a sign the lingerie giant, whose public opinion plummeted after comments from former CEO Ed Razek, is trying to update its image. A spokesperson for the brand told WWD, “for us, it’s being very thoughtful about this precious brand that’s been built over the course of 30, 40 years. But [we’re thinking] how do we evolve it? And how do we quickly move forward to all the things that we know it needs to be for her?” [WWD] 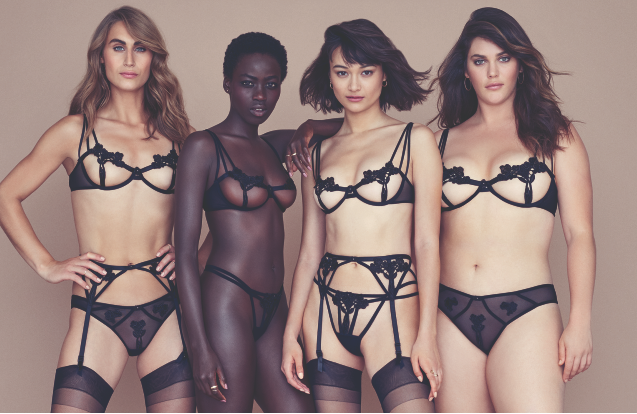 Extinction Rebellion Begins Two-week International Rebellion
Monday, the climate activist group known as Extinction Rebellion launched its two-week long “International Rebellion” to stage protests in 60 cities meant to call attention to the climate crisis. To promote and educate 15 models including Julia Hafstrom, Hayett McCarthy, Missy Rayder and more posted 3 videos to spread awareness about our changing oceans, plastic use and the environmental impact of eating meat and dairy. The group made headlines during its “die-ins” meant to disrupt London Fashion Week and call out the fashion industry that has been slow to try and minimize its massive carbon footprint. Kerby Jean-Raymond calls out BoF, Chanel’s runway crasher and more of the news you missed
NEXT