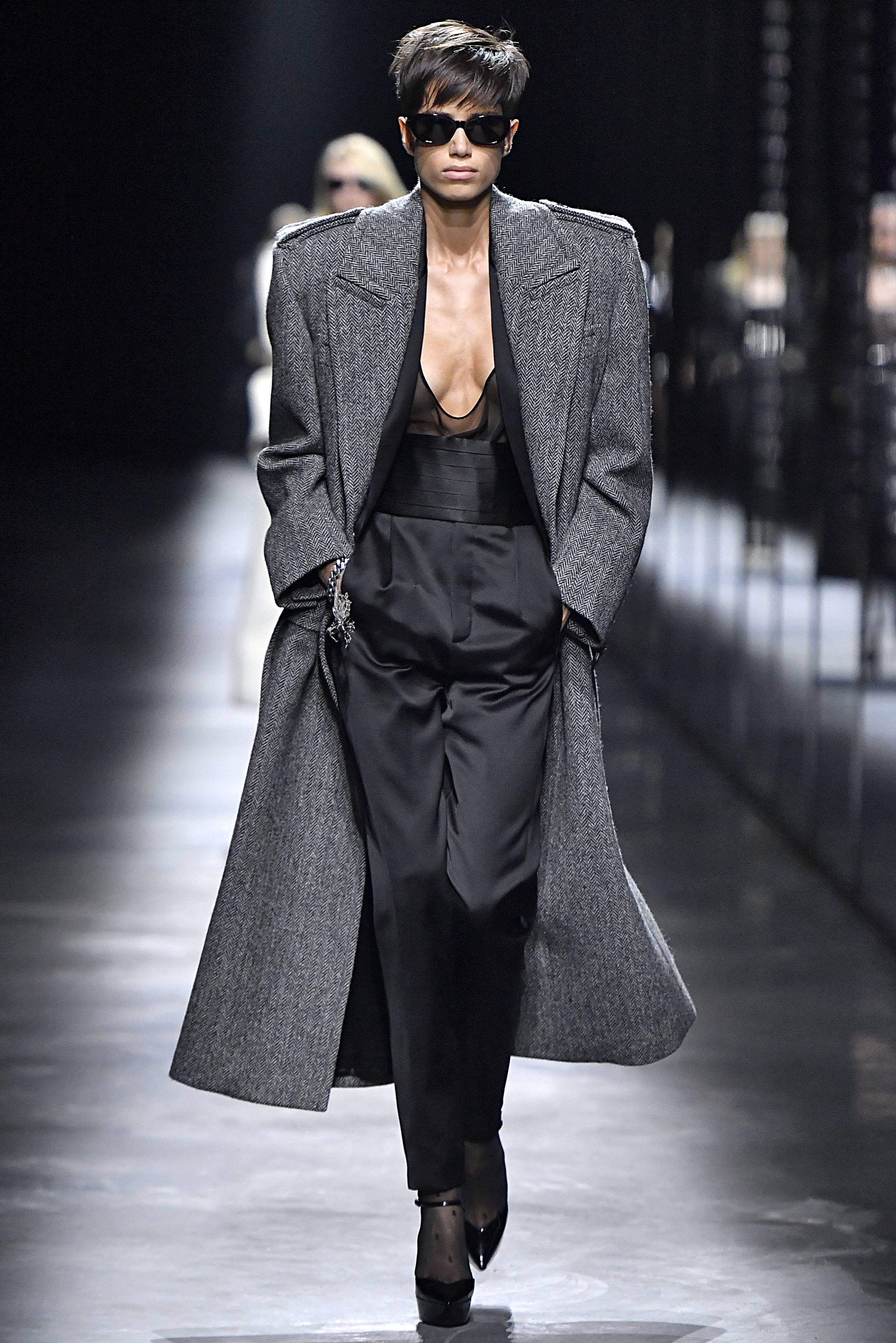 One does not simply walk into a Saint Laurent show, even less simply—does she open it. That’s exactly what Anna Herrera did yesterday for Anthony Vaccarello’s F/W 19 Saint Laurent show, the designer sending down the runway his collection of uber-shouldered coats and trim, crotch length cocktail hour silohuettes meant for the diehard dusk-until-dawners. We wanted to know more about the fresh-faced Brazillian who made the jump from Spring/Summer exclusive to leading lady (if you ask us, she has a bit of a Lori Petty in Point Break thing going on). “When I cut my hair short a year ago I shot some polaroids,” Anna writes to us over email exhausted in bed after a weeklong Saint Laurent intensive, continuing, “A few months later I was visiting New York when Samuel asked me for a go-see with Vaccarello in person.” That interaction solidified her initial exclusive spot. This time, she writes, “I found out that I was opening during one of the styling sessions 2 days before [the F/W 19 show]. I was already so happy just to be a part of the whole thing again, but I never expected I would be someone to open a show.”

Discovered during high school, Anna went abroad to model once she was finished at 16, which also served to satisfy her wish to explore and see the world. In terms of wanderlust, fashion capitals aren’t a bad place to start. Thanks to Anthony Vaccarello, Herrera has been able to become privy to parts of Paris most will never see, like its most famous fashion house. “Anthony is such a simple and sophisticated person and his energy extends to the whole team. It can be quite a lot of work through long days and nights however the atmosphere of the house a week before the show is extraordinary,” she says. Sporting one the collection’s signatures: a padded-shouldered oversized coat and sunglasses, Anna introduced one of Paris Fashion Weeks most anticipated shows. “The minute I got on the runway all I could think about was breathing and putting all of my intentions on my legs. After I finished my second look I could barely get back into the backstage to start crying in celebration. The joy of accomplishment for representing all of that work and also representing everyone who shares my story.”

Visit her Anna Herrera and click or tap the heart icon to favorite Anna and keep track of her work. Meet the Breakout Faces that Bookended Dries Van Noten
NEXT These Black-Owned Brands Are Looking to Disrupt the Status Quo