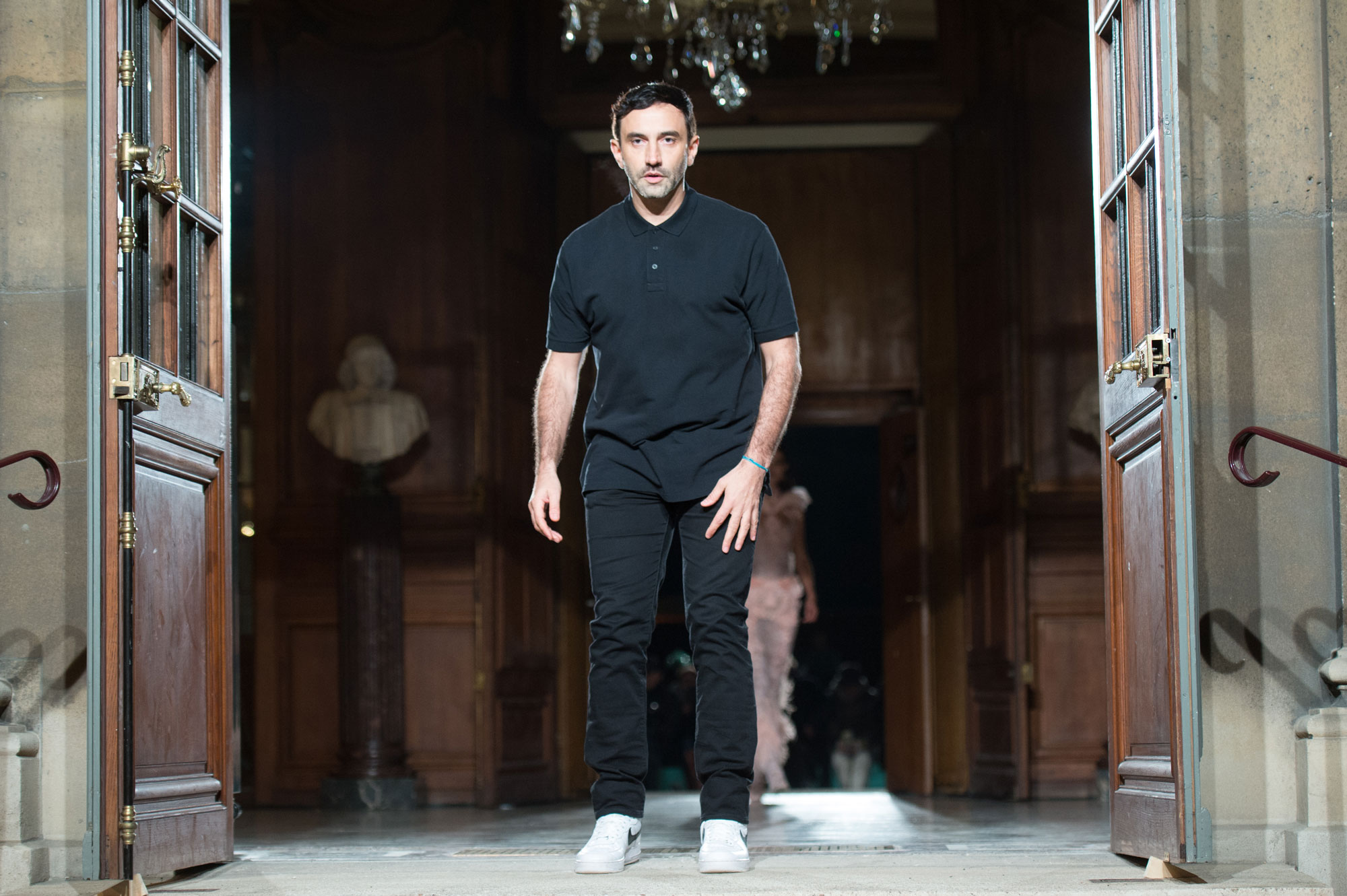 Riccardo Tisci to Burberry
Il padrone torna. After Christopher Bailey’s touching goodbye to the British heritage brand, Burberry announced this week that former Givenchy frontman, Riccardo Tisci, would be their new creative director. After his departure from Givenchy after more than a decade, the Italian designer has spent the past year collaborating on various projects with sportswear brand Nike and fielding rumors that he would be heading to Versace, before being poached by Burberry CEO, Marco Gobbetti (Gobbetti hired Tisci for Givenchy position in 2005). The unlikely choice sent shockwaves through the industry but Tisci’s penchant for making streetwear chic will undoubtedly be an asset in the current fashion climate of normcore. [GUARDIAN]

‘I am honoured and delighted to be joining Burberry as its new Chief Creative Officer and reuniting with Marco Gobbetti. I have an enormous respect for Burberry’s British heritage ad global appeal and I am excited about the potential of this exceptional brand” @burberry ARTWORK @katerinajebb #burberry

Vogue and Vice abruptly end brief collaboration
That weird editorial collaboration between American Vogue and Vice Media was indefinitely put on hold this week, a few months after the pairing was announced in October. According to sources, multiple sponsors got cold feet about the “Project Vs” collaboration after the scathing New York Times article into allegations of sexual harassment at Vice that dropped towards the end of 2017. With Conde’s dwindling list of photographic collaborators getting even shorter and a new Code of Ethics, their cutting of ties seems a last ditch effort to turn the PR tide. [WWD]

Bruce Weber Allegations Continue
The growing list of allegations facing Bruce Weber continues as another male model has added his story to the mounting evidence against the famed photographer. Male model Parker Hurley wrote earlier this week on Racked an op-ed depicting the first and second time he went to a casting with Weber who was described as a “god” in the industry. Prompted to come forward by Weber’s denials on Instagram, Hurley’s story plays similar notes of past accusals during Weber’s casting process of breathing exercises that would evolve into inappropriate sexual advances.
[RACKED]

Jacquemus announces he will add menswear
After hinting of a new job on his social media, Simon Porte Jacquemus made his announcement at the end of his F/W Moroccan-inspired collection he called “Le Souk”. The new job: Jacquemus will be adding menswear to his brand. A sweater with the words “New Job L’Homme Jacquemus” he wore down his runway culminated the showing at Paris’ Petit Palais and made the news perfectly clear. The announcement puts to rest a swell of rumors that he was being appointed to any one of the houses that would likely eagerly install one of Paris’ most prized possessions. How he will translate his woman into menswear is, of course, yet to be seen, but they will surely be kindred spirits.

Highlights from Paris Fashion Week
A few days in and the last leg of the fashion circuit has doled out multiple moments to recap. It’s Paris after all. The prologue was Jacquemus’ sun-thirsty, Moroccan-inspired collection shown at the Petit Palais, which also included his #newjob annoucement of adding a menswear line. Anthony Vaccarello continued to introduce us to his vision of Yves Saint Laurent, which included a lot of strong-shouldered bits and leggy black or sequin dresses. There were also a lot of new models who walked for the house for the first time. The inventive Y/Project displayed their collaboration with Uggs and thus, thigh-high Uggs were born. The Chloé that went down the runway on models like Fran Summers and Binx Walton was the sophomore collection of Natacha Ramsay-Levi and a display of the fresh modernization to come to the brand. Lastly, the streetwear meets high fashion brand Off-White attracted a mob level swarm of fashion-show crashers. There was something special going on at Gucci you missed
NEXT