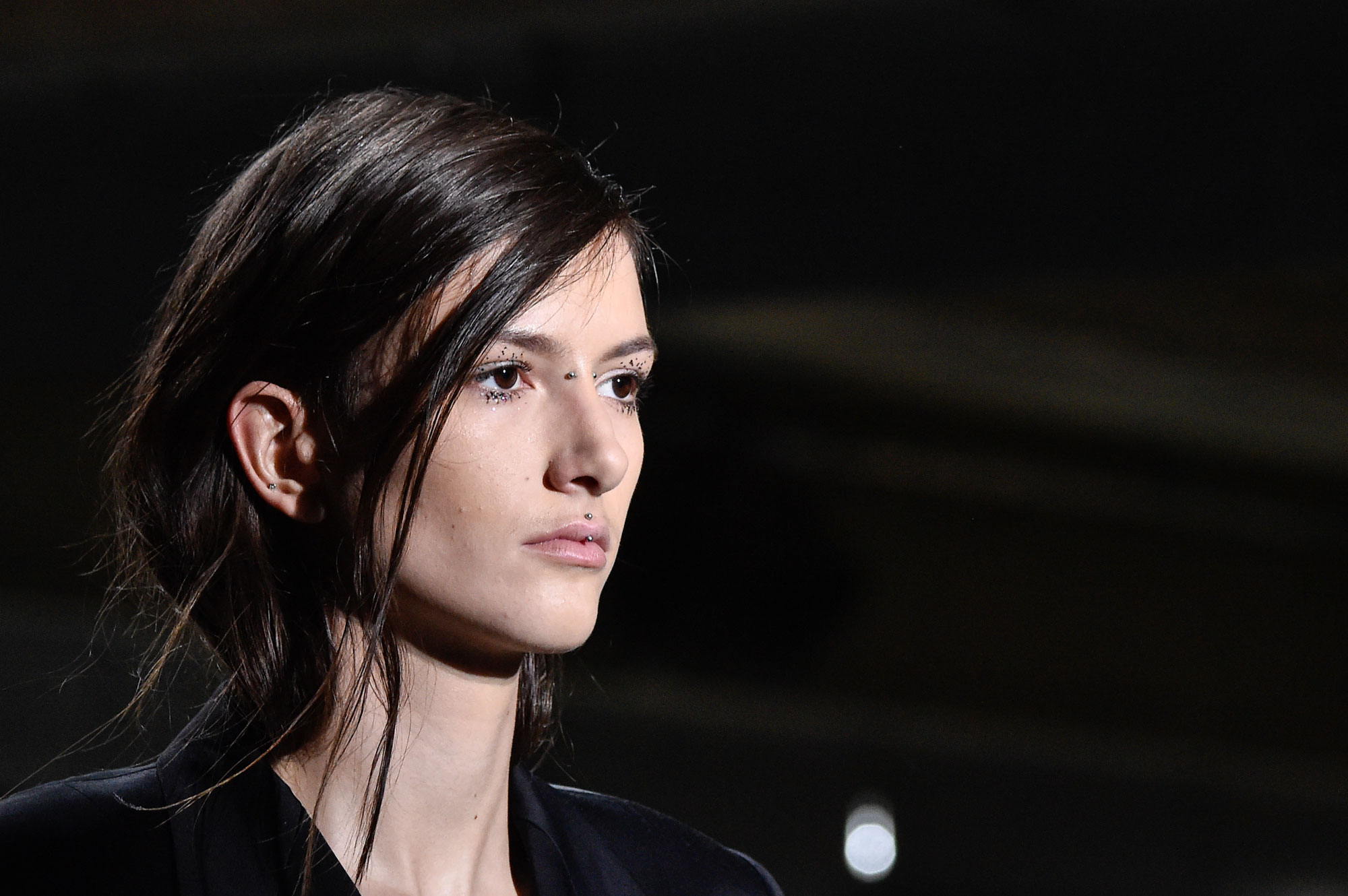 Before a procession of tailored, storm gray looks led to an acidic blossoming at today’s Dries Van Noten, audiences got a first glimpse at the show’s opener Russian breakout Sofia Steinberg. Her third ready-to-wear season, the newly jet dyed new face (thanks Prada) has been sporting her emo look up and down Milan and Paris runways this season landing Versace and Maison Margiela before today’s show.

On the other end of the lineup was show closer Chai Maximus, the heavily pierced new face who first debuted 5 months ago at Loewe. Since those first fierce steps, the Belgian jester has been sporting a look that is all her own with designers like Christopher Kane, Marni, and Dior having taken to her unique presence. The two bookended the stellar show in almost identical double-breasted suits, one pinstriped and the other noir, both undeniably being added to a Dries fanatic’s wardrobe.

Visit Sofia and Chai‘s pages and click or tap the heart icon to keep track of their work. See what the models are wearing off-duty in Paris! Days 1&2
NEXT