Matty Bovan didn’t fail in delivering his clarion call for creativity. We heard you, the ‘gram heard you, Vivienne Westwood (who attended the show) heard you. The British designer sent down his Spring Summer runway a wallop of color, a polychrome tapestry of textile with seemingly no beginning and no end. His creations are jubilant rebellions against the ho-hum. It’s all this that makes him so fun to watch and one London Fashion Week’s highlights outright. His show, styled by Katie Grand and cast by Anita Bitton, drew tip-top must-haves like, say a Fran Summers, or a Lily Nova, or a Winnie Harlow. Behind the scenes a team of bigwigs were in his corner, or in this case big hats, Stephen Jones, the premier milliner designed Matty’s larger than life head-pieces made of knickknacks. Matty collaborated with Stuart Vevers at Coach to create custom bags blazoned with the iconic C logo and Matty’s own artwork. Leading us to model Finn Buchanan whose buzzed head was stenciled with the logo à la leopard, a creation by hair stylist Syd Hayes and colorist Josh Wood. Is it Coach? Is it punk? Is it vandalism? It was one of a kind. 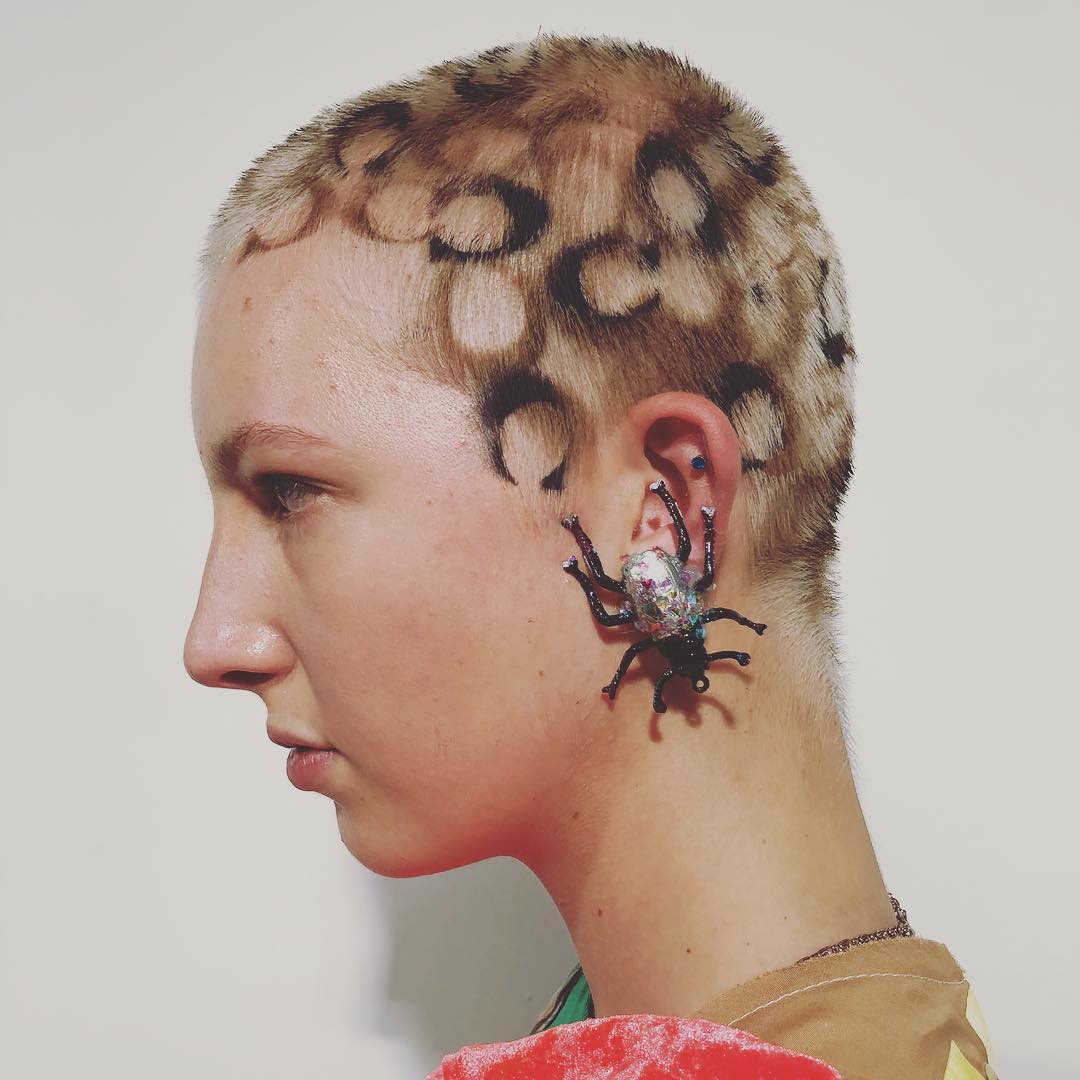 Tardy Marc, Slick Mama, Burberry drop and more of the fashion news you missed
NEXT See what the models are wearing off-duty during London Fashion Week!