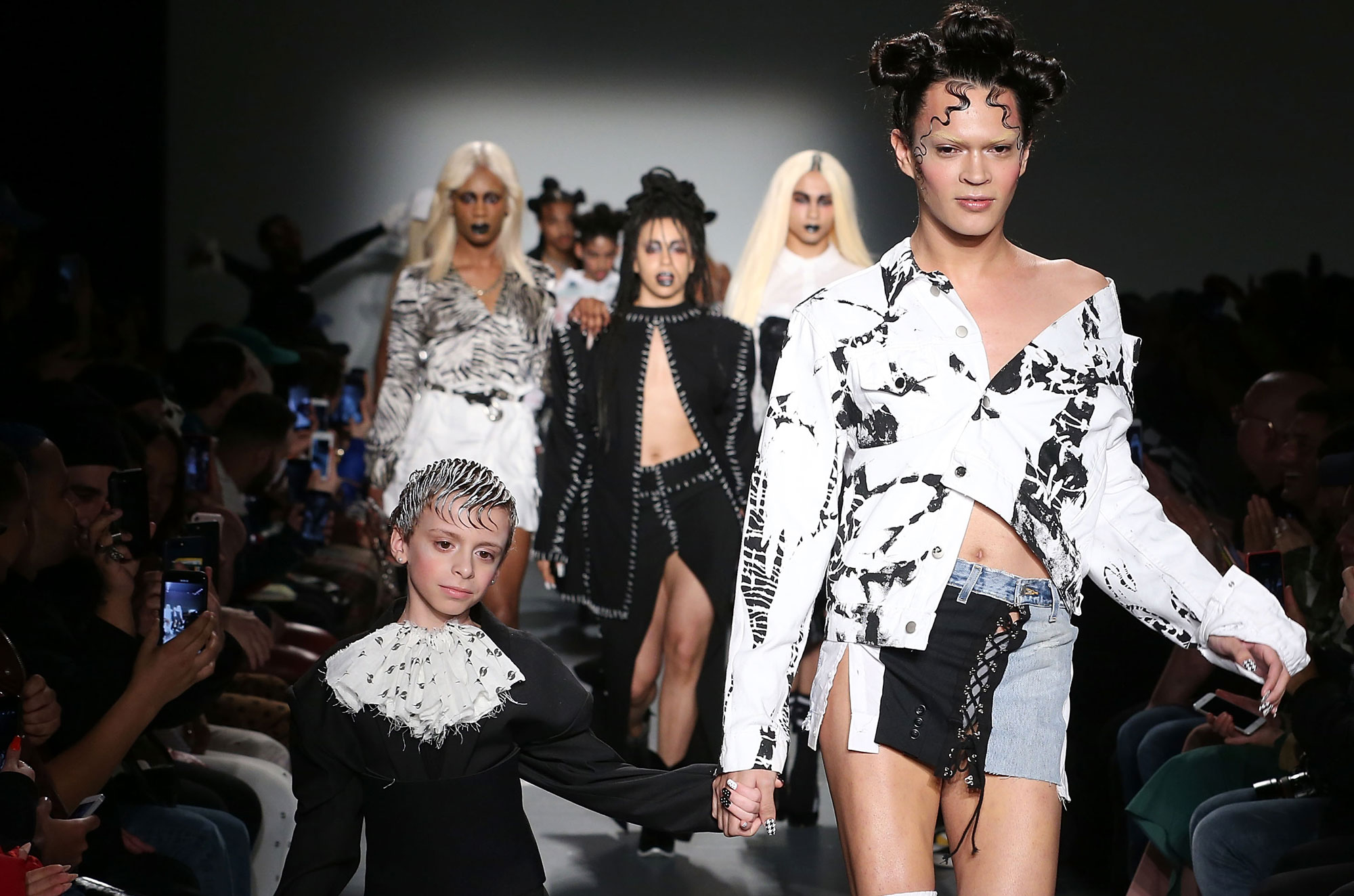 The fashion industry seems finally up to speed when it came to diversity on the runway. We took a look at the model castings at some of the biggest shows to see which brands felt like representation matters the most.

So much beauty on the runway yesterday. #siriano10 #nyfw

Celebrating a decade in the business Christian Siriano had a massive undertaking of 72 larger than life looks. Models like Ashley Graham, Candice Huffine, Sabina Karlsson, Tara Lynn, Maryse Kye, Nykhor Paul, Liu Xu and Yue Han all took a twirl amongst the grandiose set. Actresses Selma Blair and Danielle Brooks even got in on the runway fun.

When it was officially over and I could finally breathe. ❤️ ?: @kevintachman #brandonmaxwell

Chromat has focused on diversity in all forms since its inception and faces like Denise Bidot, Geena Rocero, Carmen Carrera, Sabina Karlsson, Diandra Forrest returned to strut in skintight looks.

“The runway show was both cleansing and inciting, a fashion ritual transformed into a rainy-night revival infused with religiosity, sorrow and ultimately optimism. It was the kind of show in which the personal and the political are interwoven — the kind of show for which Kerby Jean-Raymond has become known.” -Robin Givhan, The Washington Post

Fresh off a Reebok collaboration, Pyer Moss made a bold Black History Month statement with an all black line up with rapper Vic Mensa, singer Justine Skye, Sira Kante, Brynn Bonner, Abdulaye Niang and much more.

Repost from @cfda. . . . . . . Hi! ? I’m ? Desmond ? from NYC. ? . I'm a drag kid, dragutante, dragketeer, and draganista doing what I like to call kinderdrag ?. I'm a total drag slayer ?. I am also the youngest member of the original iconic pioneering voguing ballroom house, the House of UltraOmni. . I have the best ? fans, my AMAZIES! I am sincerely grateful for your love ♥ and support. . I call my looks 'androgynously' and my style ? 'avant drag'. I'm inspired by RuPaul, the fashions of the Club Kids and Blitz Kids, the artists Andy Warhol and Keith Haring, designers John Galliano, Alexander McQueen, and Commes Des Garçons, Nelson Sullivan videos, altdrag, and do-it-yourself drag ✂. I design or style my own outfits. . I'm an awarded LGBTQ advocate. Marsha P. Johnson is a huge inspiration and motivation for me. My motto is "Be Yourself, Always" ?. . I am also the founder of the first drag house for drag kids, the @hausofamazing, set to open for membership soon (tentatively March 2018). . . . ?  #altdrag #androgynously #avantdrag #boysinmakeup #clubkid #clubkids #diydrag #draganista #dragart #dragartist #dragketeer #dragkid #dragkids #dragqueer #dragslayer #dragsuperstar #dragutante #futureofdrag #genderisadrag #kidsindrag #kinderdrag #mydragisamazing #mygenderisamazing #nycdrag #preteenqueen – #desmondisamazing #beyourselfalways #amazies – #houseofultraomni #hausofamazing

Gypsy Sport looked to the underground for casting inspiration for his latest collection and faces like The Clermont Twins, musicians Shamir and Junglepussy, Jazzelle Zanaughtti, and 10-year-old LGBTQIA activist Desmond of @DesmondIsAmazing fame all grace the Pier 59 stage.

A covetable show like Alexander Wang is always great to land but this season was notable with over 20 Asian models in the line up. Sijia Kang, Chunjie Liu, Ling Tan, EZ , and Sohyun Jung were some of top picks.

If you peeked under those epic hat and shawl combos and technicolor hair, Marc Jacobs had one of his most diverse castings yet with faces like Alek Wek, Cristina Piccone, Ariel Nicholson, Liu Xu, Olivia Anakwe, Sijia Kang, Dara Allen, Winnie Harlow, and Aiden Curtiss walking for the colossal week closer. Take a second to recognize the realness of Olivia Forte
NEXT Marc appeal: Really really big coats and what else you couldn’t miss