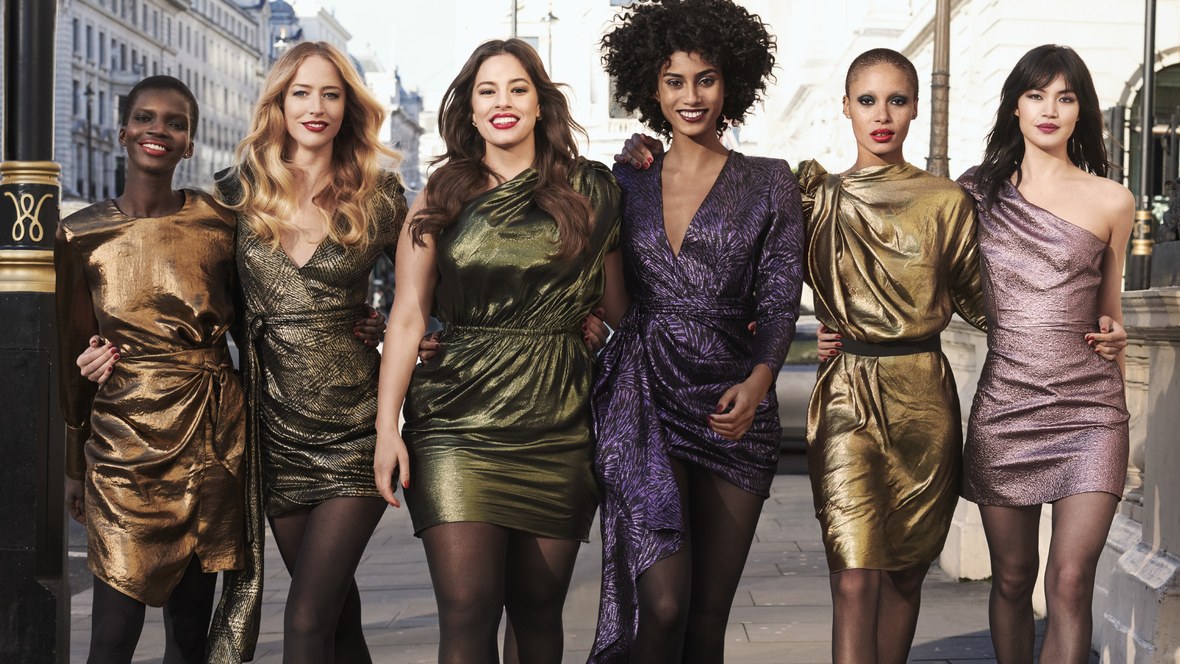 Hedi Slimane is the artistic, creative and image director of Céline
Announced January 21, Hedi Slimane was appointed the new artistic, creative and image director of Céline. He takes the place of Phoebe Philo. Since 2008 Philo’s intellectual and feminine language has defined the brand and led it to enjoy cult status. Now, the Philo-built plinth of which the LVMH owned Céline stands is the former Yves Saint Laurent and Dior designer’s to work from starting Feb. 1. Under Slimane’s direction Céline will now include men’s wear and a fragrance. [WWD]

Ulyana Sergeenko controversy
Controversy loomed over couture fashion week when Russian socialite and digital media entrepreneur Miroslava Duma inexplicably thought it sound to post on Instagram Stories gifted flowers and a handwritten note labeled, “To my n*ggas in Paris,” authored by fashion designer Ulyana Sergeenko. The line was in reference to the Kanye West and Jay-Z song “N*ggas in Paris” from 2011 but the nonchalant divvying out of the racial slur cause immediate online backlash and vitriol. The pair have issued out apologies but Sergeenko’s was removed after deemed insincere from online commentators.

Racism and ignorance is real. Just sayin’! It’s 2018, people! Can’t wait for Lena Dunham Apology Generator to write the very sincere apology letter, you know the one that says she’s not racist because she knows a black musician! #ToneDeaf #Ignorance #Horrible

Yet the firestorm didn’t stop there as the altercation brought to light Duma’s past questionable transgressions. Like trans and homophobic speech by her in 2012 where she criticized social media influencer Bryan Boy and model Andreja Pejic. Or back in 2014, when the blogger posted an image for her website Buro 24/7 of Garage Magazine founder Dasha Zhukova sitting on a chair in the shape of a topless black woman bent over. Perhaps, three strikes and you’re finally out of fashion? Both Bryan Boy and model Andreja Pejic have wrote responses to the controversy below.

Racism and bigotry is never cool. ? I guess I’m too weird… btw I just saw this today on Twitter. So I’m also as shocked as you guys are!!!!

Here’s one of my favorite pictures from the time I’ve been working in this business. I’ve never been the girl to do every campaign or walk every show, but I’m happy that I’ve had some pretty unique moments in this industry – a few of which have challenged the dominant paradigm, outdated views of gender and a few that have even spilled over into pop culture.  I woke up to a video yesterday, where a woman by the name of Miroslava Duma said some pretty ugly things about @bryanboycom and me during a conference (scroll right to see). I wont say it wasn’t hurtful. However instead of focusing on this blatant ignorance, I couldn’t help but realize the contrast between the state of our business today in comparison to 2012, the yr of this video. Fashion hasn’t always celebrated, to quote @miraduma “people like us.” Today I can say I’ve walked for iconic designers like @MarcJacobs and even landed on pages of American Vogue as none other than myself. However for a long time I didn’t believe that I was deserving of a firm place in fashion. I remember when I was one of only two people representing a specific “trend” that many people would now place under the title “gender diversity in the fashion space.” Circa 2010 my friend @LeaT and I found International media attention on the one hand and faced ignorance and scorn on the other. Today we are part of a movement of unique talent that is smashing the old categories that once stood and proudly displaying a spectrum of age/color/gender/class. @miraduma ‘s hopes that “this trend fizzles out quickly” have not been realized. I am thankful I got to stick around! I understand that some sort of apology has been issued and I do think people should be given the chance to grow, change, overcome their ignorance. To my sisters, bros and non binary siblings who don’t have the resources to fight back, to change schools, pay for medical care and the support of thousands of followers and who experience cruelty directed at them only because they have the guts to follow their hearts and minds in the hope of an honest, happy life please remember, chin up ALWAYS! Evolution is no stranger to our cause and one day we’ll see revolution❤️

LE 44 FRANÇOIS PREMIER The House of Balmain is pleased to unveil today the first 44 François Premier collection. « Working on #LE44FRANCOISPREMIER collection is a bit of a palette cleanser for me—a chance to return to the beginnings of this house, with the single driving goal being that of creating unique and exquisite pieces, far removed from editorial and runway pressures. » @olivier_rousteing

Bold and strong? Bring it on Meet the new faces of Revlon #LiveBoldly So you wanna know who Hedi Slimane will cast for Céline?
NEXT These Couture New Faces Are On Our Radar