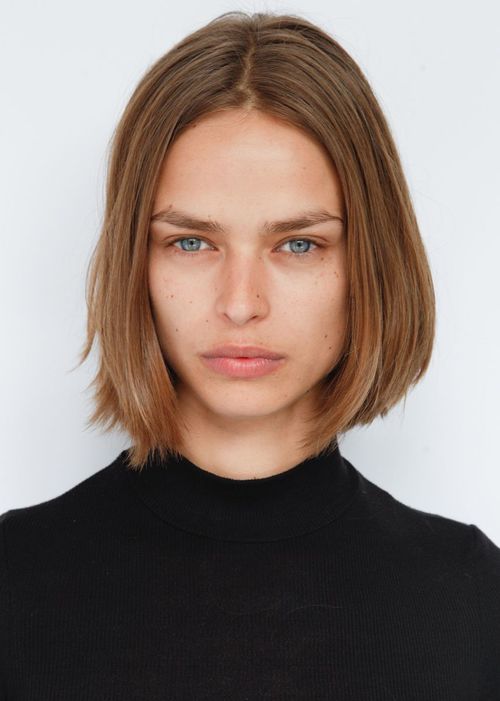 Nationality: Netherlands
Born and raised in The Netherlands, Birgit Kos became interested in the modeling industry after being scouted twice in the same day while shopping in Amsterdam. Though she did not pursue the career path immediately, she eventually joined the Elite Model Look competition to kick off an incredible journey. At the beginning of her career, she worked in Italy for a couple of years before being tapped as the opener the Miu Miu Spring/Summer 2017 show. Since then, she has landed campaigns for Bottega Veneta, Calvin Klein, Chloe, Giorgio Armani, Karl Lagerfeld, Lanvin, Miu Miu, Stella McCartney, Tom Ford, Versace, and more. In 2018, she was chosen alongside actor Jamie Dornan as the face of Hugo Boss’ “The Scent” fragrance.

Kos has also been photographed for the covers of numerous magazines, such as Vogue Italia, Vogue Japan, Vogue Germany, Vogue Brazil, Vogue Spain, and numerous times for her home country’s Vogue Netherlands. In 2018, The Times UK dubbed her a “Supermodel,” and in 2019, American Vogue featured her in the Paris episode of their Model Diaries video series, which drew stellar audience reviews.

Today, Kos travels globally from her home outside of Zurich and continues to appreciate the various aspects of her job - especially the amount of teamwork involved. In her own words, “We are creating art – it’s a real collaboration. I can’t do my job without the hairdressers, the makeup artist and entire crew.” She currently advocates for the future health of earth’s oceans and wildlife, with special focus on helping the shark species, which she has loved since childhood.

The Lightness of Being
Vogue Japan (Editorial)
published: May 2020
photographer: Paul Wetherell

Birgit Kos in the news: