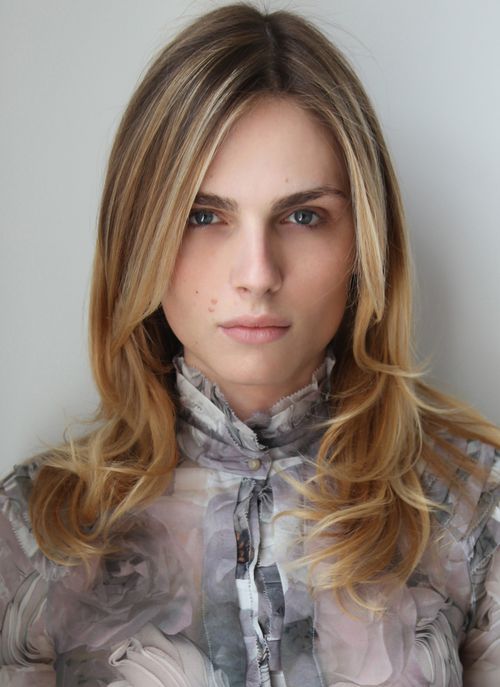 Nationalities: Australia, Bosnia-Herzegovina
Raised in Australia as a war refugee from the former Yugoslavia, Andreja Pejić was discovered as a teen while working at McDonalds, and has since become an international inspiration to both the Fashion industry and Transgender community. As the first model to successfully transcend the boundaries of gender, modeling for both women’s and menswear, Pejić has walked in numerous coveted runway shows, such as Galliano, Marc Jacobs, Raf Simons, Paul Smith, and Jean Paul Gaultier - where she opened the show in woman’s Haute Couture and closed it in a men's suit. After completing her transition into womanhood, and coming out publicly in 2014, Pejić made history by becoming the first transgender woman to be featured in American Vogue, shot by the legendary Patrick Demarchelier. She was later featured in Vogue Paris, shot by Mert & Marcus and styled by Carine Roitfeld, and went on to land a cosmetics campaign with the powerhouse brand, Makeup Forever, becoming the first transgender woman to attain a partnership of this kind.

Pejić co-starred in David Bowie’s music video for the hit single, “The Stars (Are Out Tonight),” alongside Tilda Swinton, Iselin Steiro, and Saskia de Brauw; she joined Taylor Swift’s squad, hitting the stage for the song ‘Style’ during the ‘1987’ tour. Pejić became the first transgender woman to receive the GQ Woman of The Year award, as well as the first transgender model to speak at The Oxford Union, advocating for nuclear disarmament and peace - following in the footsteps of Anna Wintour and the Dalai Lama.

Andreja Pejic in the news: