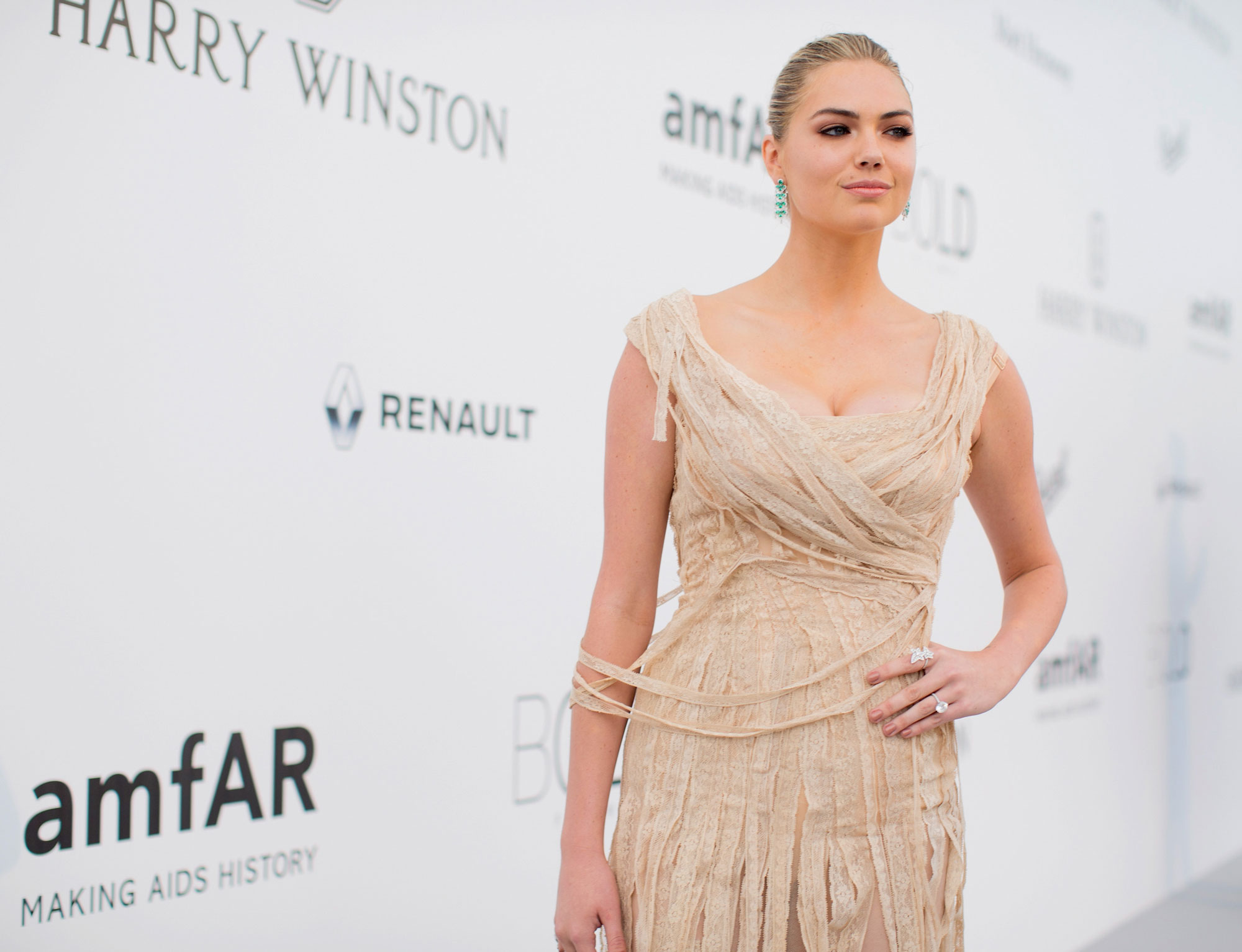 Kate Upton Unveils Further Details of Abuse from Guess Co-Founder
Model Kate Upton has continued to unfurl allegations against Guess co-founder and former CEO, Paul Marciano with a shockingly detailed Time account that describes assault and harassment during her first professional modeling campaign when she was 18. She claims after shooting the Guess Lingerie campaign, Marciano summoned her and upon meeting her for the first time fondled her breasts and said “I’m making sure they’re real.” She goes on to say, “Despite doing everything I could physically do to avoid his touch throughout the meeting, he continued to touch me in a very dominating and aggressive way, grabbing my thighs, my arms to pull me closer, my shoulders to pull me closer, my neck, my breasts, and smelling me….I had two options: do everything I could to wiggle away and avoid his pursuit, or punch the CEO of Guess. So I decided to just wiggle away.”

She continues to describe the continued aggression from Marciano leading up to her final shoot with the brand where he allegedly said the model was “disgusting”, unprofessional and partying every night. “I was then told to leave because Paul had said, ‘Get that fat pig off my set.'” In a statement to TIME, Marciano called Upton’s accusations “absolutely false” and “preposterous.” “I have never been alone with Kate Upton,” he said. “I have never touched her inappropriately. Nor would I ever refer to a Guess model in such a derogatory manner.” Marciano has been accused of sexual assault in 2016 by model Angie Christina and in 2009 model Lindsey Ring filed a lawsuit that was settled out of court.

Carolina Herrera Steps Down
Carolina Herrera is stepping down from her eponymous label after 37 years. One of the last of the old New York fashion guard, the regal Venezuelan designer known for classic, First Ladies-friendly pieces will hand over the brand to designer Wes Gordon who has creative consulted for the last 11 months. Her last bow will take place on Monday at the Museum of Modern Art, a fitting final destination for someone who already is carved into fashion history. [NYTIMES]

CFDA Teams Up with the Model Alliance for Private Changing Rooms for NYFW
The CFDA announced in partnership with Sara Ziff and her Model Alliance to provide private changing areas for the models to change in during fashion week at Pier 59 Studios. It’s a good sense response to the glaring issue of privacy for models backstage as they are subjected to invasive situations including photography while they are changing. “We decided to take additional steps this season to ensure a safe and respectful work environment by providing private changing areas backstage,” Ziff says. Though for now the partnership is limited to Pier 59 it’s an impactful win for the models and another step towards creating better working environments that will surely prompt others to follow suit. [CFDA]

The Top 50 Rankings Adds New Faces to its Roster
Some new faces on the Top 50 board have secured their well deserved spots as Kaia Gerber and Lulu Tenney skyrocket to the list in no time flat, Hiandra Martinez secures after steady YSL bookings, Calvin Klein fav Leila Goldkuhl falls in line, and Slick Woods takes her place without selling out. Men’s Fashion Week in New York happened, here’s what we saw
NEXT This Adidas Originals Collaboration Had NYFW A Buzz