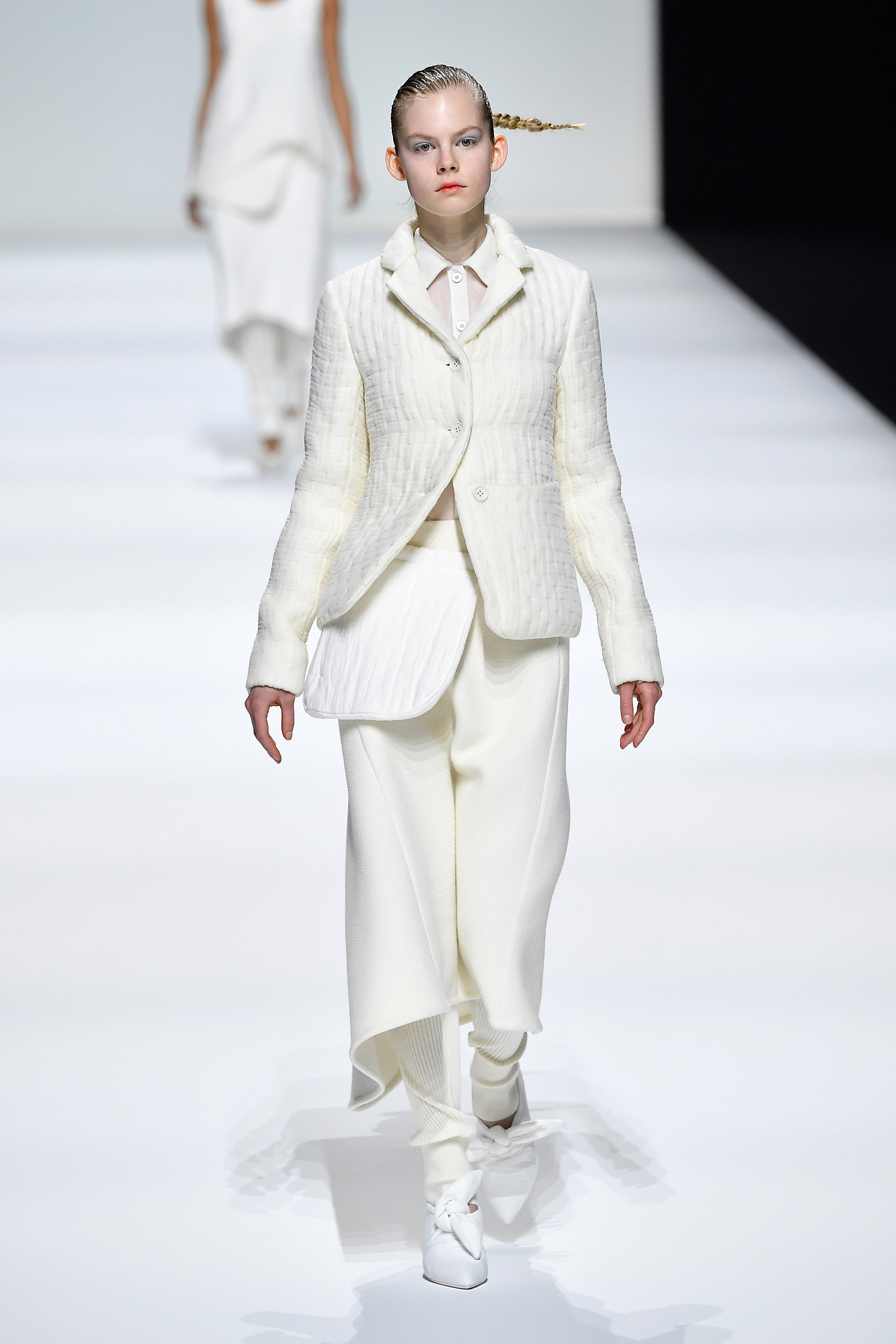 Lucie and Luke Meier opened their plush, diaphanous Jil Sander Fall runway with a girl named Jolie Alien. It’s almost a shame to give a fly by description of such a well-executed collection best described as what front row editors daydream they are wearing while they are daydreaming. But right: Jolie Alien. Cue the extraterrestrial puns. Coming to a kiosk near you Jolie Alien isn’t even full time in the fashion game yet and she’s already got a head start as the Meiers’ darling. Her captivating cool must speak to the designers much like their calm, collected clothes speak to fans of Sanders. Her history with the pair starts when she opened exclusively their first Spring/Summer show as the brands creative directors, followed by starring in the Jil Sander campaign-turned-Document cover collab lensed in Mallorca. Lest we forget she also landed a Maison Valentino resort campaign and opening and closing Victoria Beckham S/S 18.

If you think she’s as exciting a prospect as these top clients do, you’re likely to be put on hold–the fact is Alien is super exclusive at the moment. Only the best for the Belgian-Russian, blonde sprite. We’re looking forward to her making the rounds more regularly, but until Jolie Alien’s ship really touches down in the near future it’s only calculated encounters. Judging from her Instagram, that also includes previews of her impressive artwork, she seems like she’s got a personality that will go far. Wait and see! Meghan Roche is the New Face About Town
NEXT