When your exclusive debut is for mega luxury house Louis Vuitton, the industry stands up and takes notice. Such was the rumbling start of buzzcut beauty Lina Hoss, who has since wowed creative tastemakers with her edgy, doll-like presence and scintillating allure. Editorials for Love Magazine shot by Sølve Sundsbø and Willy Vanderperre, campaigns, lookbooks, and a bevy of runway shows later this budding star is just getting started. We sat down to find out more about this beauty and how her name is about to be on everyone’s lips.

What was your favorite part of the Louis Vuitton show last season? Were you nervous since it was your first?
Before the show started, I was super nervous. My favorite moment was when I just went out on the catwalk and realized that this was really happening. Then, all the nervousness was gone.

Had you been to Paris before? What were the first things you did when you got there while off-duty?
Yes, I have been to Paris before, but always only for a day. My first day off-duty I was just walking through the city without any direction. On the way, I ran into some of the most famous sights like the Eiffel tower, Louvre, Arc de Triomphe, & Champs-Elysées.

How was it shooting for Love Magazine with Solve, Robbie Spencer and Katie Grand?
The shoot was so much fun! The studio was very big and the team was great. I got the most colorful make up look ever and also very beautiful clothes from the latest fashion shows. I was jumping a lot in front of the camera to get the dress in an interesting shape. One of the outfits was a big snake balloon, which was really crazy but I felt so cool with it! Everybody worked well together, amazing clothes, make up and they were some of the best people in the fashion industry. It was an honor to work with them. Before your debut at LV you shaved off all your hair – do you find it gave you more confidence?
My father and my mother were really shocked, because I didn’t tell them I was going to do it and they said, I looked like I was going into the army but after a while they told me it looks good. I feel even more feminine now because with this kind of hair cut people only focus on my face. For modeling, it’s amazing, because people love to use wigs and try different hair styles on me but otherwise I’m always the first who’s ready on set and shows. I can come an hour later than the other girls so more sleep for me. I feel more confident than ever!

How has this year changed your perspective on modeling and how have you grown?
Now I know that modeling can be quite exhausting, that the days are very long and that it’s connected with a lot of waiting. But I also know how great it is to walk on the catwalk and how much fun it is to shoot with great photographers. Because of modeling I’ve grown so much, it makes you become much more independent. You learn quickly to orientate yourself in a foreign city and live alone, even if it is only for a few days. 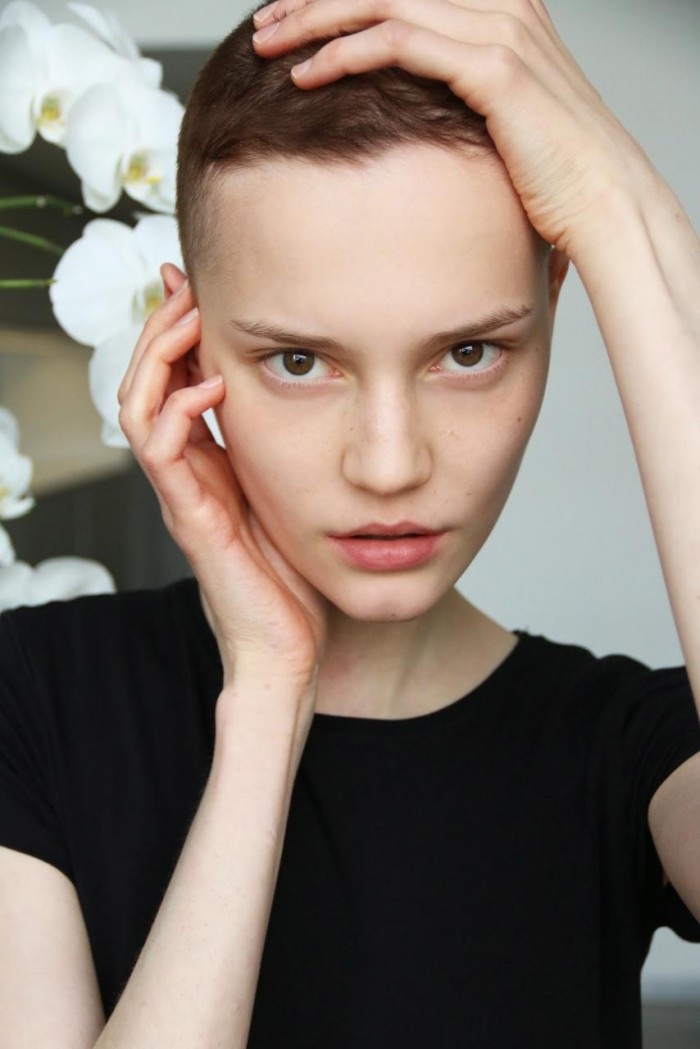