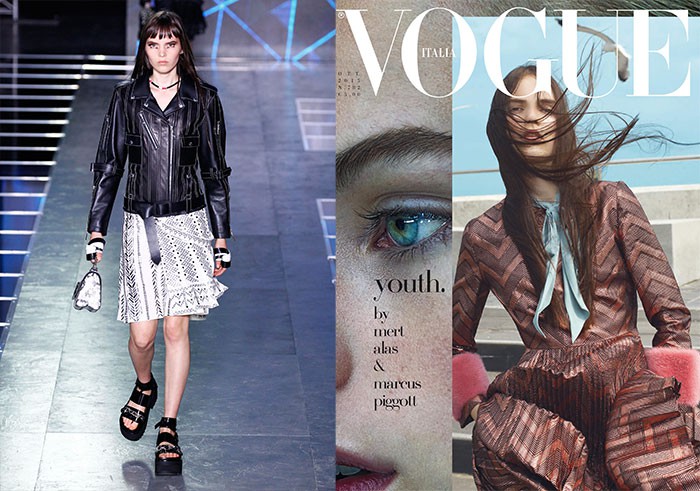 It’s been a pivotal year for California grown, rookie Lily Stewart. Her stone carved angles and fiercely brunette, bushy brows landed her a few first-rate bookings to ease her way into the fore, blipping on the right radars. An appearance in the Louis Vuitton cruise show in Palm Springs anticipated her most recent Louis Vuitton S/S 16 exclusive and an editorial stint in Love Magazine, photographed by Jamie Hawkesworth, would flourish into a cover on Vogue Italia come October. That’s a very fashionable one-two punch, and, certainly, not far off from budding it-factor worthiness.

It wasn’t her first time jetting from Los Angeles to Paris, but it was the longest she says, “A lengthy 6 days!” Lily describes her favorite moments from the Louis Vuitton runway saying, “I especially enjoyed seeing the creative process that leads up to the actual show. Being able to walk through the atelier for fittings and seeing just how much attention and care goes into every detail of every single article of clothing and accessory, as well as the models’ hair and makeup, which was amazing!” and of the attitude the models were expected to carry down the catwalk, “The models were always reminded to have a strong walk and to keep that strength throughout the entire show.” As a byproduct of her latest confirmations, the up and comer has found new appreciation for the fashion industry, “Having the chance to work with a designer like Nicolas Ghesquiere and to see how he and his team work so hard to make a collection has not only made me grow as a model but also as a person, because I think that I am now more grateful and respectful towards clothing and any well-made product, because I now understand the intense process that it takes for people to make them.” 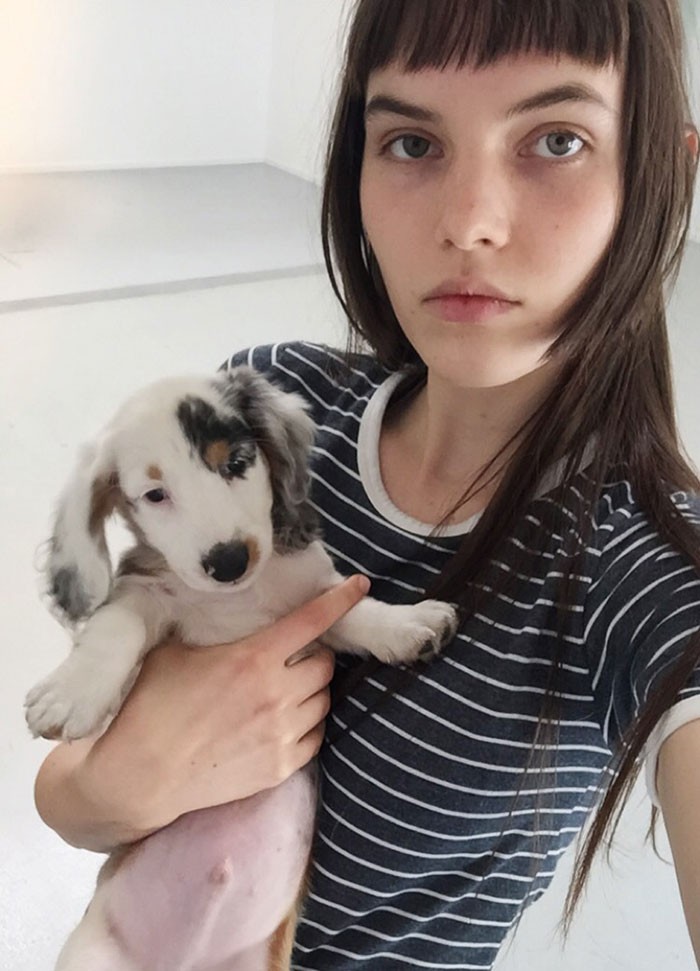 Then just days after her exclusive Vuitton strut, she arrives back to the States to discover she’s on the cover of the Mert Alas and Marcus Piggott photographed issue of Vogue Italia. “I was stunned! I had no idea until it hit the newsstands.” Undoubtedly the shoot is an experience she’ll never forget, “Mert and Marcus were incredible to work with. I learned a lot from shooting with them and the rest of the amazing team on this shoot. It was such a wonderful experience!” Not a bad a way to cinch a level of distinction amongst other newcomers and certainly proof of latent drawing-power. Now that she’s built up some steam, Lily looks forward to the expected travel, “I’ve had the privilege to travel a lot so far but there are still many places that I wish to go to and see more of.” So long as she keeps up the pace, we imagine that won’t be difficult.